On my first trip to Japan, I visited Hiroshima, and it was gripping. There was the heartbreaking Peace Park, site of the first atomic bomb dropped on Japan, easy access to pretty Miyajima and the opportunity to try okonomiyaki, which is weird, savory and just super delicious.

This time around, I wanted to incorporate something new, so I decided we should head further south and visit Hiroshima’s tragic twin, Nagasaki. Of course, Mike still wanted to see Hiroshima, so we decided to do both.

We did OK in Hiroshima, minus super crappy weather in Miyajima and the fact that half the Peace Museum was closed for construction. This time around though, it was Nagasaki, Japan that really stole my heart.

Nagasaki is not as popular for tourists at Hiroshima. It’s not as accessible- the train ride from Nagasaki to Kyoto required two train changes and took the better part of a day, and it’s not really on the way to anywhere else. It’s not hard at all to get there, but you have to make the effort. And it is worth it. I actually liked it a lot better than urban and industrial Hiroshima and here is why:

Nagasaki, Japan reminded me a little bit of San Francisco. A gorgeous blue bay surrounded by many steep and colorful hills. Because this is Japan the most interesting hills all have elevators or escalators you can take to the top for gorgeous views of the city. The view from Mount Inasa is ranked as one of the best 3 night views in Japan (none of my pictures of it came out but believe me it was quite pretty).

History (That is Also Pretty) 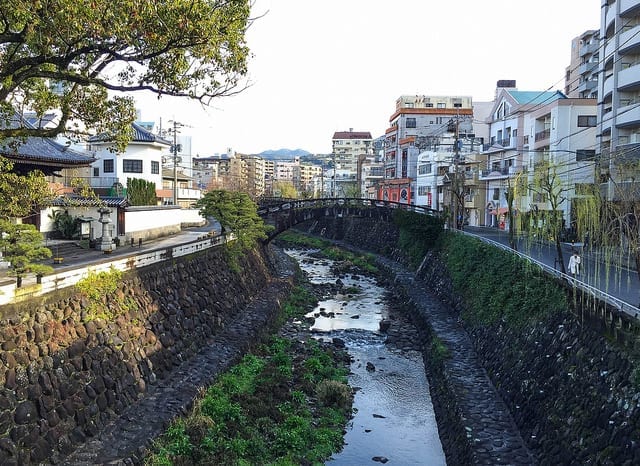 Unlike Hiroshima, parts of Nagasaki survived the atomic bombing or were rebuilt. The Nakashima River, which runs through the older part of town, is graced with many beautiful stone bridges. The most famous is Meganebashi Bridge, which is supposed to resemble a pair of spectacles. It’s believed to be Japan’s oldest surviving stone bridge, built in 1634 by a nearby temple.

In the surrounding area, you will also find dozens of beautiful historic temples. We especially enjoyed the Confucian Shrine, which is actually considered to be Chinese land controlled by the embassy. The historic Catholic churches scattered around town are slated to be a UNESCO site in the next couple years.

Get to Know Nagasaki better with GetYourGuide!  They offer a lot of fantastic tours of the city plus shuttle transportation if you decide to fly to Nagasaki, Japan. 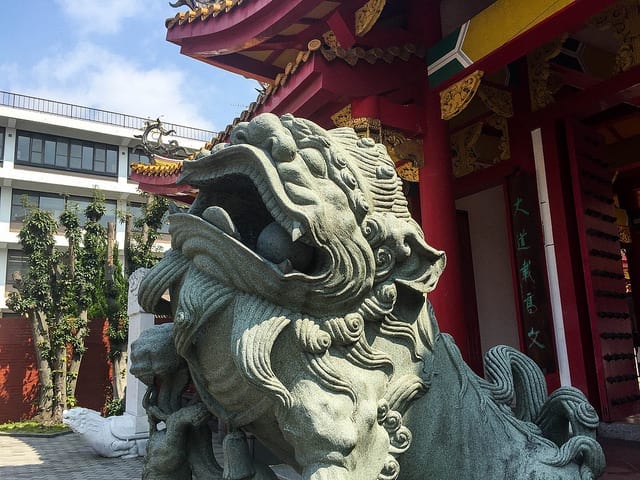 Long before the atomic bomb was conceived Nagasaki already had a fascinating history that makes it unique from any other city in Japan. As a major port city, Nagasaki was subject to Dutch, Portuguese, Chinese and American influences like no other city. During the Edo period when Japan was largely closed off from the rest of the world, Nagasaki was the only city still open to trade.

The results of this can be seen everywhere, from the beautiful historic Christian churches to the colorful Chinatown and the delicate castella (a Portuguese cake that the Japanese have made their own) sold everywhere. In a country so rooted in history and tradition, it’s fascinating to see the foreign influences at work.

The Peace Park and Museum 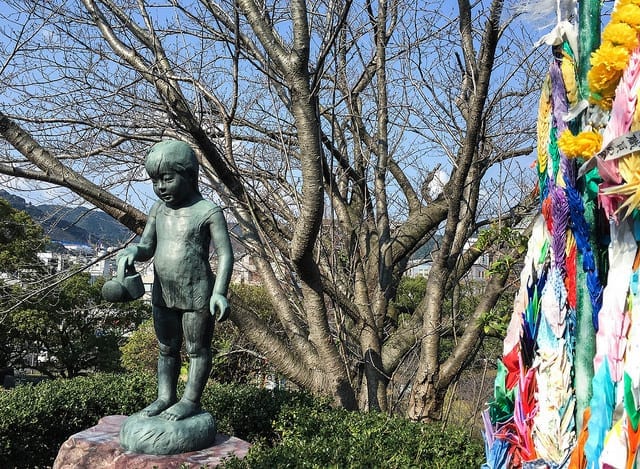 I wasn’t really sure I needed to visit two atomic bomb sites in one week (The Hiroshima experience was depressing enough), but I’m still glad we went. The Peace Park is smaller than Hiroshima’s, set on a sunny hilltop with beautiful memorials and statues gifted from around the world, and paper cranes draped colorfully around. It’s no less moving as a tribute to the 40,000-80,000 lives that were lost on December 1945.

The museum is also smaller than Hiroshima’s and has a markedly different tone. Much of Hiroshima’s museum focuses on the incredibly grizzly effects and the aftermath of the bombing. It’s hard but necessary to see. The Nagasaki museum touches on this as well to an extent, but the overall focus seems to be on the history of the nuclear arms race and how it has evolved post- WWII- again with a view towards making sure that no city ever goes through such radical pain again. 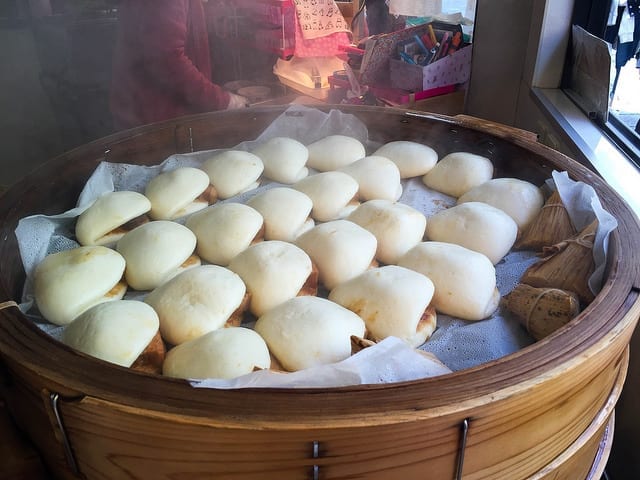 The unique local cuisine is an obvious highlight of any city in Japan, and Nagasaki has plenty of it. Most prominent is the Japan-ified Chinese food which is really delicious. I wasn’t much of a fan of the constantly touted Champon (a sort of seafood stew), but we had some great street food in Chinatown including these juicy pork belly buns that made my best meals in Japan list.

Then there is this ice cream which I sadly couldn’t track down. Ate my weight in castella instead.

We only spent two days in Nagasaki and I didn’t feel like we got to see everything- for instance we missed the delightful Penguin Aquarium, and Hashima Island which sounds terrifying. Luckily this is one city I would be happy to go back to. 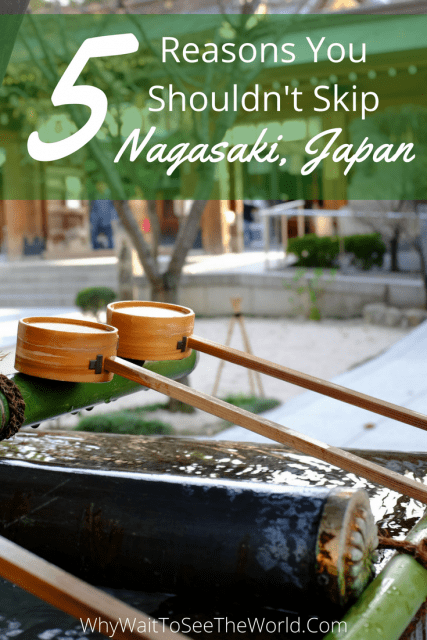