Having lived in Xinjiang since 2006, it’s hard for me to believe that people have never heard of this place. Of course everybody is familiar with China and most people have heard of Tibet…but Xinjiang?

In most cases people I know can’t pronounce Xinjiang*, much less find it on a map.

It may come as a surprise to you to learn that Xinjiang is the largest region in China, making up almost 1/6 of all of its landmass. It’s so large, in fact, that the country of France can fit inside the borders of Xinjiang three times! It is home to the Uyghur people, among many other ethnic groups and has its own unique cuisine.

Traveling to Xinjiang is likely to be the most rewarding experience of your China journey if you’re willing to make the time. You don’t need to take my word for it, though – I know I’m biased – perhaps these 5 reasons and accompanying photos will convince you.

*For the record, Xinjiang is roughly pronounced “sheen-jong”. 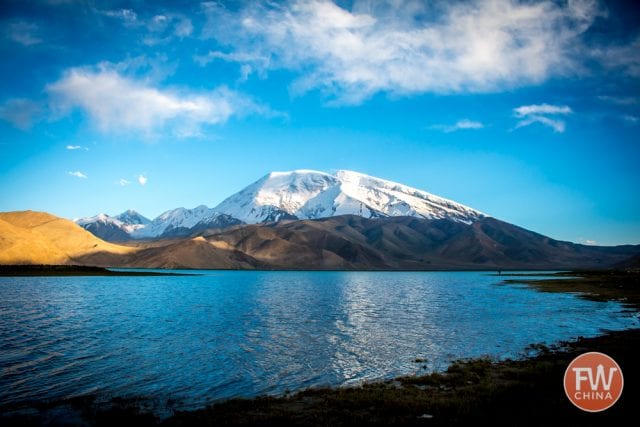 China has a breathtaking array of excellent landscapes to offer all across the country, but none are as gorgeous and diverse as those in Xinjiang.

Consider this: Xinjiang is home not only to China’s largest mountain (K2) but also the country’s largest desert (Taklamakan). With these extremes, it’s no wonder the diversity of ecological environments is also extreme.

One of my favorite places to visit is Karakul Lake in the western part of Xinjiang, a beautiful glacier-fed lake at the base of Mount Muztaghata. It’s only a few hour’s drive from the Taklamakan Desert to the east and yet it is one of China’s most beautiful mountain sceneries.

I could share with you hundreds of photos like this from places all over Xinjiang (you can find many of them on my Xinjiang-based FarWestChina website) that could easily convince you that no other locale in China compares in beauty and diversity to Xinjiang. 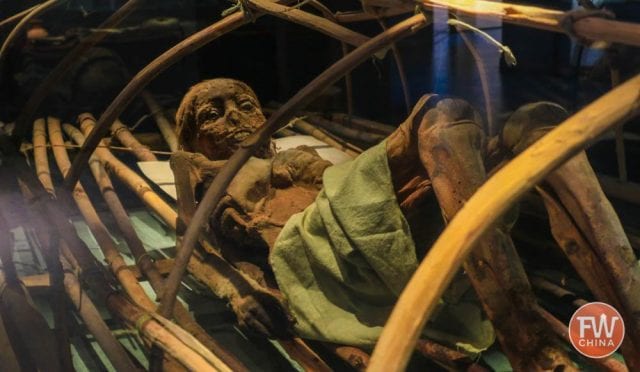 I distinctly remember walking down the steps of the Astana tombs, the resting place of the Uyghur royalty from over a thousand years ago. Each step led closer to the entrance of the tomb where I was expecting to see some old Buddhist wall paintings.

Instead, I freaked out when a motion-sensor light detected my presence and filled the small space with a dim light, revealing that I was not alone.

I was standing right next to a mummy corpse.

Xinjiang was once a critical gateway for the Silk Road, a network of ancient trading routes crossing the Asian continent from Europe to China. Over the centuries, these routes have carried merchant goods, armies and religions – all of which have left their influence along the way.

What remains in Xinjiang are ancient cities, Buddhist cave art, and many well-preserved mummies like the one I saw at Turpan’s Astana.

Whether you’re a sucker for history or you just like a good story, the history of Xinjiang and the Silk Road will keep you riveted throughout your entire journey.

#3 Xinjiang is Ripe for Adventure Travel 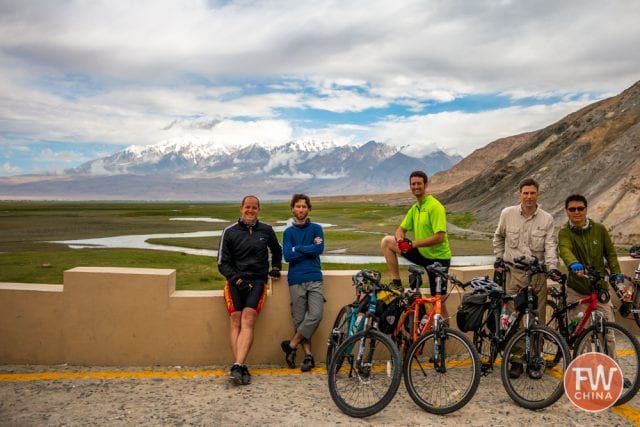 Cycling through beautiful scenery is not unique to Xinjiang, but doing so while interacting with pockets of Tajik, Kyrgyz and Uyghur ethnic groups along the way certainly is.

I’ve had the opportunity to cycle from the grasslands of Tashkorgan down to the desert oasis of Kashgar, sleeping in homes, tents and yurts (local nomadic homes) along the way.

In that one trip alone I climbed a mountain, visited a glacier and had an authentic Tajik meal cooked for me in a yurt. This type of cycling adventure in China requires the help of a tour operator, but it’s something very few people have a chance to do and it’s a memory I won’t ever forget making. 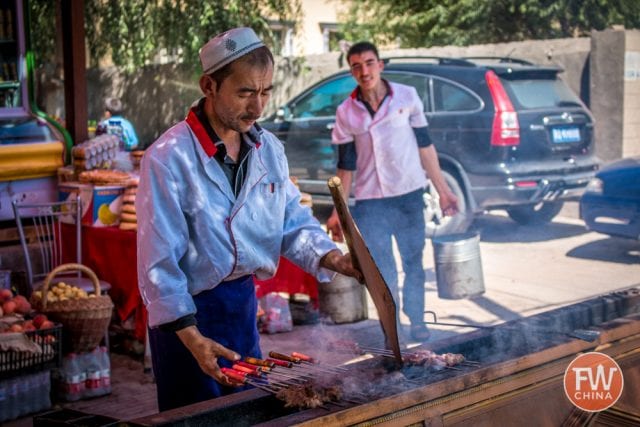 Because there are over 13 recognized ethnic groups that occupy the region (including Han, Uyghur, Hui, Kazakh, Mongol, Russian, etc.), it stands to reason that the local cuisine will be varied and plentiful.

Before I moved to Xinjiang, I don’t remember ever tasting lamb meat. Now, it’s a part of my weekly diet whether I like it or not.

Thankfully, I love it 😉

There’s nothing quite like sitting outside watching the sun go down while eating lamb kebabs, Uyghur bread and drinking a cold beverage. One time is all it takes for your stomach to start craving the unique flavor of Xinjiang cuisine. There have been times while exploring around Xinjiang that I have gone a week without seeing another foreign traveler. If you know anything about traveling in China, you know that’s unheard of!

Perhaps it’s because the region is so large or maybe it has something to do with some of the security concerns; either way, a beautiful benefit of traveling around Xinjiang is that you likely won’t encounter big crowds.

In fact, there is much of Xinjiang that still hasn’t been thoroughly explored.

In the year 2000 (as in, less than two decades ago), a team sponsored by National Geographic came out to Xinjiang to rediscover and measure Shipton’s Arch, the world’s highest natural arch. I’ve been there and it’s unbelievable.

Crazy, isn’t it? In a world where almost any information you need is at your fingertips and satellites have photographed the entire globe, it’s amazing to think that there are still places in the world that need to be discovered.

Perhaps this was your first introduction to Xinjiang or maybe you’ve heard of it before; either way, I hope that these five simple reasons to visit were enough to convince you that the region is worth a spot on your itinerary.

Everybody talks about getting “off the beaten path” in Asia and unfortunately that usually means just hiking a mile away from the Great Wall.

Give Xinjiang a try. You won’t regret it.

Josh Summers has been living with his family in the Xinjiang region since 2006. He continues to share stories on his award-winning website, FarWestChina.com as well as videos on the FarWestChina YouTube channel.