Aruba was one of those countries about which I had few preconceptions. I knew it was in the Caribbean, and therefore it probably had beautiful beaches, and that was about it. When I’m preparing to visit an unfamiliar country, the first question I almost always research is “what do they eat?” Here’s what I found (and eventually ate). 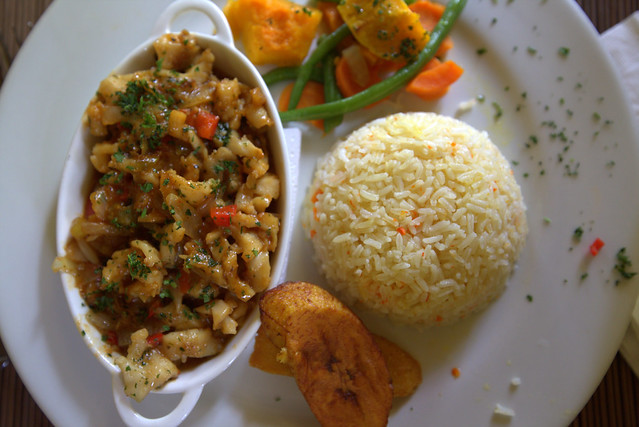 First settled by the Spanish in the 15th century, Aruba became a Dutch colony a few hundred years later. Aruban cuisine thus has strong influences from both Holland and Spain. South America is less than a few hundred miles away, and it too has shaped Aruban food.

For a small island, Aruba has quite a diverse population. French, African, Indian, Chinese, and dozens of other ethnic groups have all left their mark on the country’s food culture. Essentially, Aruban cuisine is a little bit of everything and that’s exactly what makes it so interesting.

A Few Dishes to Try 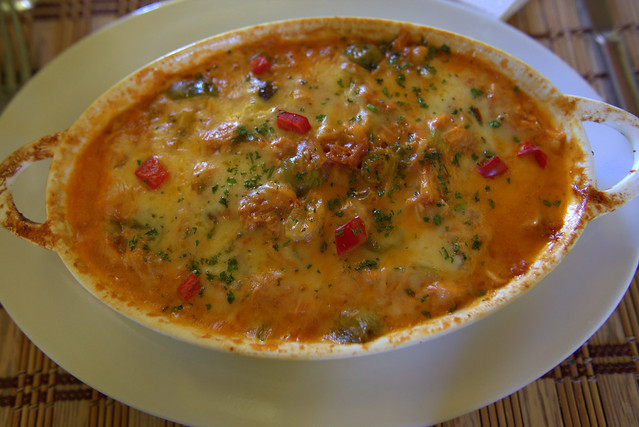 Keshi Yena is one of Aruba’s most well-known traditional dishes, although it’s also popular on the nearby island of Curacao. It’s typically made using the rind of a piece of Gouda or Edam cheese. The hollowed-out rind is filled with chicken or minced meat, peppers, onions, celery, raisins, olives, tomatoes, and sometimes cashew nuts. Everything is mixed with eggs and then baked.

Like most islands, fresh fish shows up on virtually every restaurant menu in Aruba. Popular varieties include mahi-mahi, barracuda, wahoo, sea bass, and red snapper. The fish can be served grilled, pan-fried, à la meunière, or blackened.

Aruban soups, called stoba, are usually quite hearty and often served as a main dish. One of my favorite soups was calco stoba, which is made with conch, a shell fish similar to an oyster. The firm, white conch meat is stewed with onions, green peppers, tomatoes, chicken stock, and Tabasco sauce or chili pepper.

Most traditional Aruban meals are served with sides of funchi or pan bati (or both, if you’re lucky!) Pan bati, which translates to “smashed bread,” is a fried cornmeal pancake. It’s often served before a meal, much in the same way many restaurants bring out a bread basket before the main course. Funchi is a simple dish similar to thick polenta, made with cornmeal, butter, and salt. 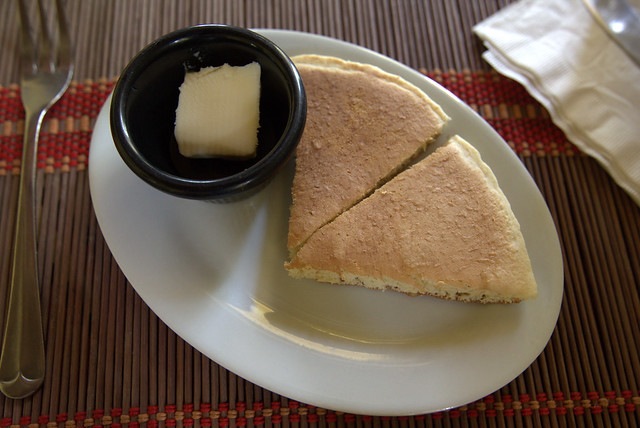 I had to work a little harder than I expected to find restaurants in Aruba that specialized in local cuisine. Maybe it’s because the country’s main industry is tourism; or maybe it’s because so many different nationalities call Aruba home (most likely the reason is a bit of both); but I saw far more Italian, Chinese, and American restaurants than Aruban ones.

On the Aruba Tourism site, you can narrow down the country’s restaurants by cuisine type. It’s the simplest way to figure out where to go to eat local dishes. The Old Cunucu House was probably my favorite spot. The restaurant is set in a 150-year-old Aruban farmhouse, and the food has a pleasantly home-cooked feel. It’s not the cheapest place ever, but most dishes are half-price if you go at lunch rather than dinner. Plus, it’s worth the slight splurge to try Aruban food made right at least once.

6 thoughts on “A Brief Guide to Eating in Aruba”