My sister and I knew nothing about Albania and the quirks of Albania travel before choosing to spend the summer there.

Upon arrival in Tirana, the capital and biggest city, we attempted to access Wi-Fi in the airport, which we quickly realized was not working. When we mentioned this to employees, we received inconclusive shrugs – this response became the norm when inquiring about functionality and captures the country’s attitude towards development and westernization. 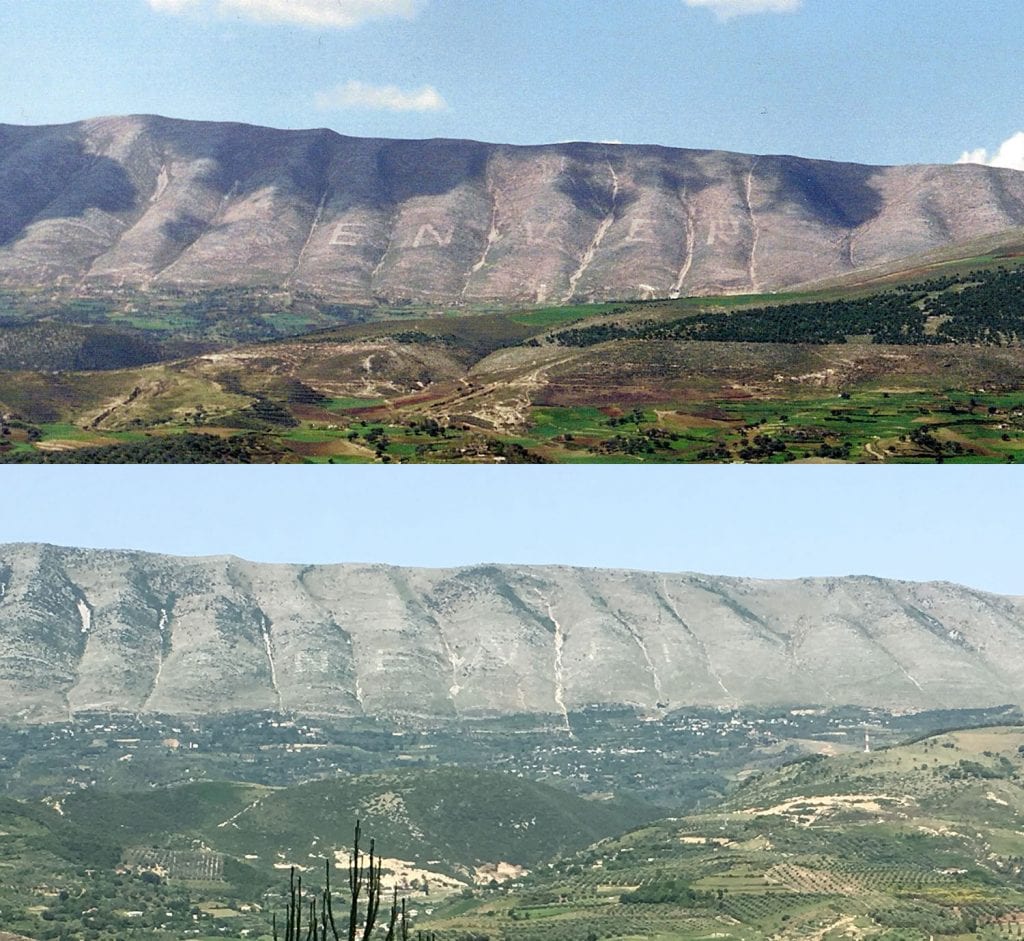 To get a sense of Albania and Albania travel in the present, it’s necessary to understand its recent past: Communism fell in Albania in 1990, making it the last country (outside of the USSR) to end its communist dictatorship. So older Albanians (or kids retelling their stories) shared with us about the fear of being taken as a political prisoner, the long bread lines, the intense paranoia of Enver (the dictator), or the Chinese songs they were taught in school when Albania and China were allies.

Albania under communism was so isolated, it’s often compared to North Korea, which meant the country was essentially self-reliant. In-turn, its population is one of the most homogenous in Europe and therefore especially intrigued by outsiders.

For the past 27 years, Albania has been trying to catch up to the western world. Despite our internet troubles at the airport, almost every café has Wi-Fi and smart phones are becoming prominent. 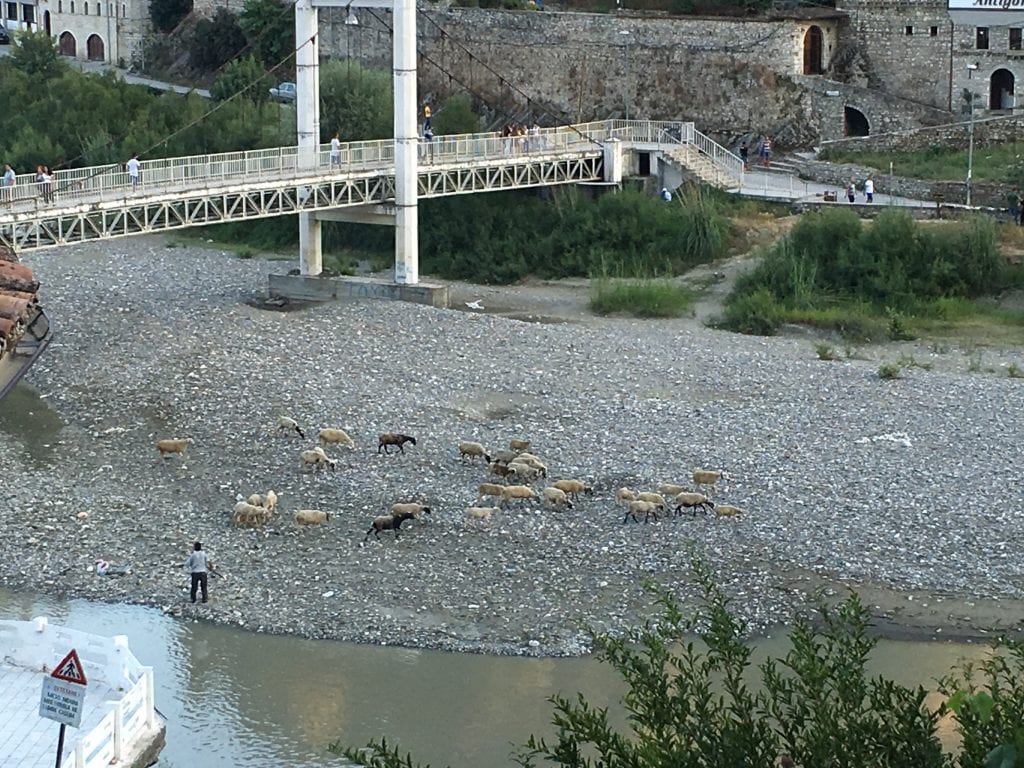 Before leaving for Albania, most people we shared our plans with warned my sister and I of the dangers of the country. After a few days there, we soon let go of these concerns and in many ways felt safer and more secure than in Dallas, our hometown.

A young British man who had traveled throughout most of Europe told me that Albanians were the friendliest people he’d encountered, which confirmed my suspicions that there was something special about Albanian hospitality. When it comes to the treatment of guests and visitors, there’s a strong sense of responsibility. To quote an Albanian friend, “If your enemy knocks on your door, you have to invite him in, offer him dinner, and treat him as well as anybody else.”  Hospitality is a key part of Albania travel. 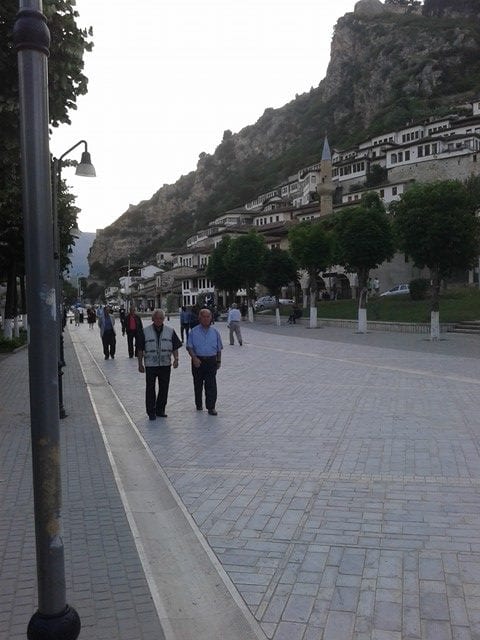 Life in Albania moves much slower than what we were accustomed to in America, which is epitomized by their café culture. In any town in Albania, throughout the day, you’ll find people, predominantly older men, lounging at the café for hours on end, sipping their tiny cup of coffee and the occasional raki, their traditional liquor. Albania travel is not complete without taking time to enjoy their café culture.

Complementary to this café culture is the walking street called the xhiro (the xh makes a “j” sound) which can also be found in most Albanian towns. At the end of the day, people leave their homes or nearby villages and walk to and fro on the xhiro till sundown, saying hi to people they know and allowing themselves to see and be seen, which creates a strong sense of community and makes for fun people watching.

One of the most striking aspects of the collective personality of the country is their silly and observational sense of humor. Albanians seem to never miss an opportunity to poke fun or give someone a hard time, which I grew to appreciate – they don’t seem to take much, including themselves, too seriously.

If the pleasantness of the people doesn’t have you sold, let me emphasize the immense natural beauty of the country, which is more than 70% mountainous, it is called the Land of the Eagles for a reason. Although this and poor infrastructure hinders quick and efficient travel, it makes for breathtaking views. Beyond the mountains, the beaches are some of the most untouched in the area and as beautiful as the ones I encountered in Croatia and Greece.

To quote another Albanian, “There are only two types of food in Albania: meat and bread.” My personal favorite is byrek, a flaky pastry commonly filled with cheese, meat, or spinach that’s simple yet addictive (I’m still trying to find my fix here in the States). The prevalence of goats means lots of dairy products, such as yogurt, cheese, and kefir, so if you’re vegan or vegetarian, you might struggle to enjoy the local cuisine. Then again, produce remains locally sourced, so fruits and vegetables are flavorful and fresh. 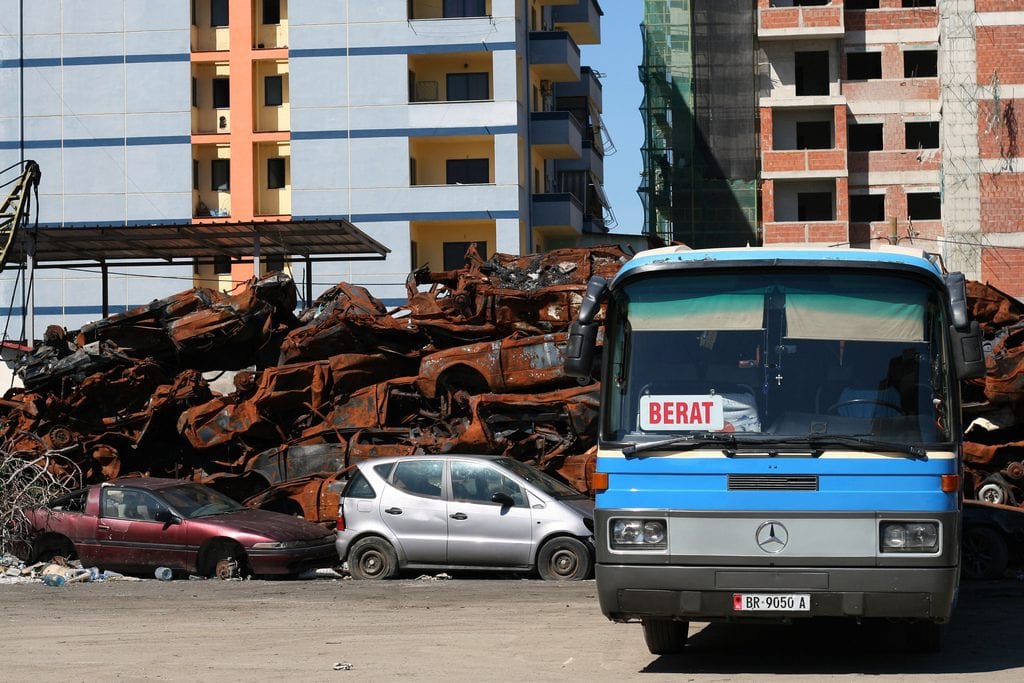 Due to Albania’s mountainous terrain, Albania travel can be winding and time-consuming. Most of travel is done by bus (I use this term loosely considering the variety and condition of vehicles we traveled in, which were sometimes vans or minivans), which is quite cheap compared to the rest of Europe. Private taxis are also common but be wary of being gouged with tourist prices. 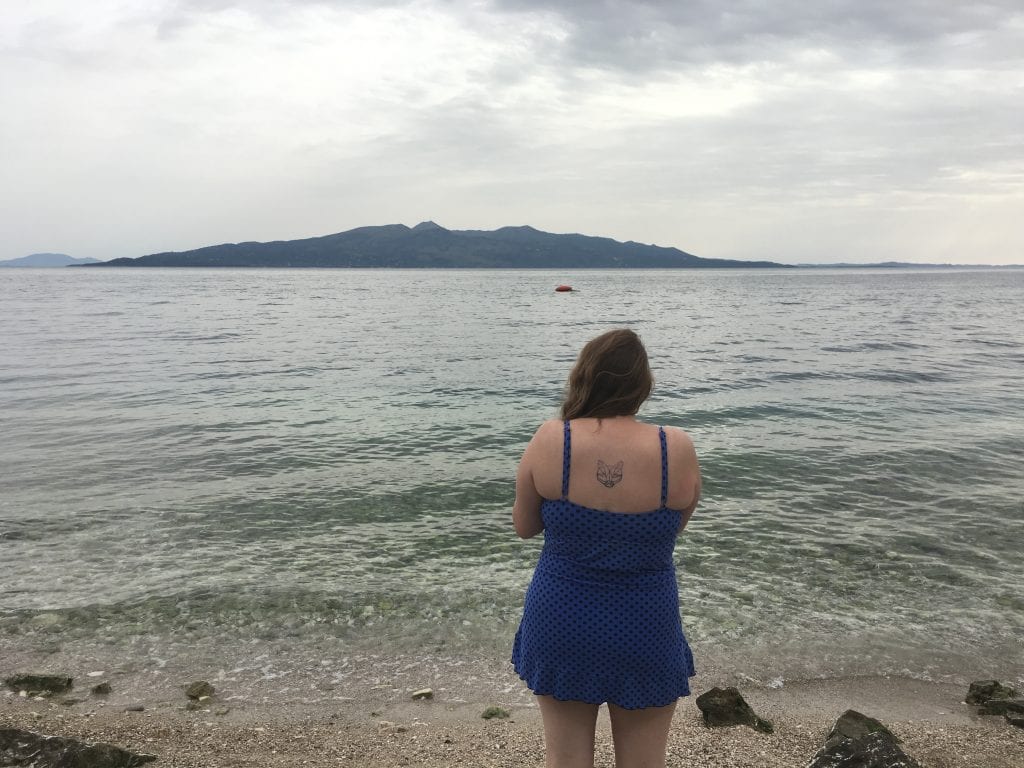 My sister and I stumbled across Albania on a whim, and in doing so, we fell in love with the small, vibrant country: the welcoming people, the simple pleasures, and the stunning nature. I encourage all my traveler friends to check it out knowing most won’t, which allows for the preservation of the rawness and authenticity of the country that is so much a part of its identity and experience.

Becki Brown’s first taste of living abroad began last year when she moved to Bratislava, Slovakia with her sister to teach English. After a turn of events, three months later, they found themselves living in Albania. From there, she traveled the Balkans before making her way to Spain to practice her shabby Spanish and eat tapas. She is a firm believer in traveling whether it be in one’s city, state, or country. If you’re interested in more musings by Becki, you can find her on Medium. 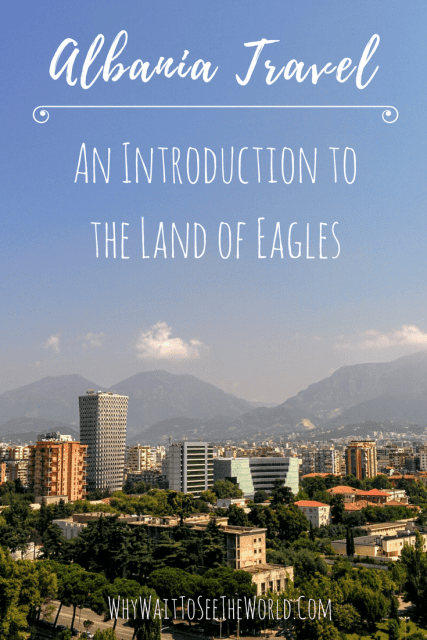 1 thought on “Albania Travel: An Introduction to the Land of Eagles”