I didn’t time my trip to Maui to coincide with the humpback whale migration but it was a happy coincidence. Each whale travels up to 16,000 miles each year from the polar waters where they feed to the tropical water where they mate and give birth. So I felt pretty lucky to cross paths with even one, much less the dozens we spotted.

As it turns out, February is peak whale watching season in Maui and it was incredibly to spot the 80,000 pound giants frolicking off the shores. We took not one, but two whale watching excursions, and they each showed us an entirely different side of what it means to be a whale. 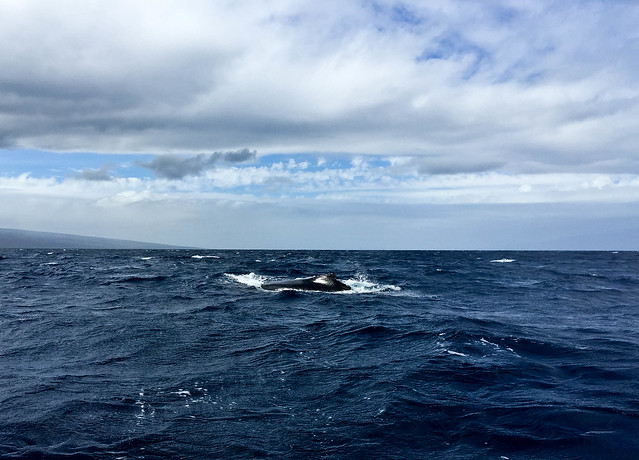 Our first whale-watching excursion was via the JMC Ambassadors of the Environment program at the Ritz Carlton Kapalua Bay where we stayed for our first couple of nights. I was familiar with Jean-Michel Cousteau’s programming from our visit to the JMC resort in Fiji a couple of years back, and eager to see what their Maui activities were like.

This was a speedboat trip leaving out of the port in Lahaina. It as windy and the water was so choppy that several earlier excursions had been canceled. Lucky for us we got to head out (and lucky for Mike, he had taken his dramamine). 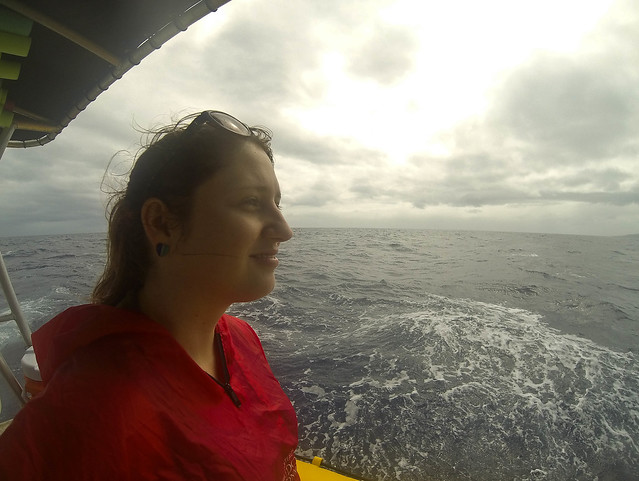 It didn’t take long to catch up with the whales who were engaging in one of their most important rituals: courtship. Although that might be putting too fine a point on it. The massive beasts were beating the crap out of each other in order to get laid. Our JCM expert explained that this competition (it reminded me a bit of jousting), is a yearly event, where the larger males basically pummel each other to decide who will impregnate the seductive lady whale waiting nearby. They go all in, although they generally won’t kill each other, they aren’t afraid to come pretty close. 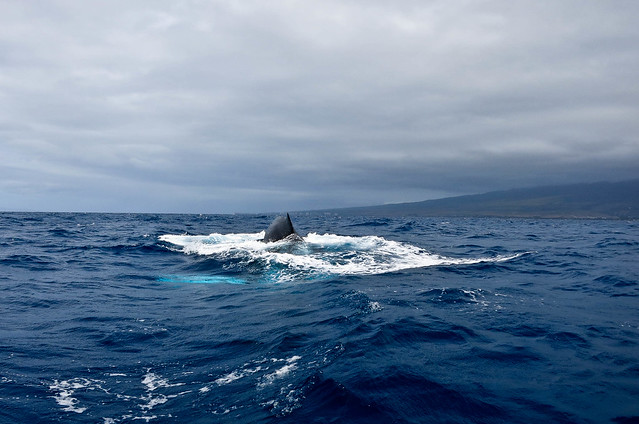 The rough weather actually perfectly complimented what was going on below the waves. Whales at war: fully grown 80,000 pound beasts slamming into each other, racing around, slapping their tails on the water and generally creating havoc. It was violent, messy and… really really cool to watch. Several times I worried they might crash into the boat as they raced around and under it (the captain assured me this almost never happens). 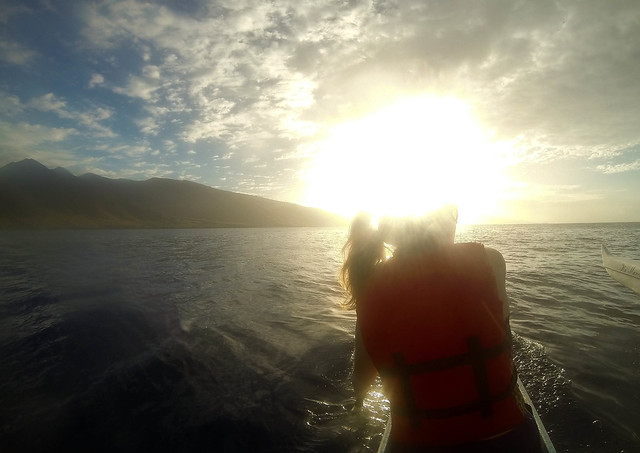 Our second whale-watching trip happened a couple of days later, with Hawaiian Paddle Sports LLC. The company offers kayak trips (which unfortunately were all booked up when we went) as well as group outrigger canoeing trips. We were able to participate in a canoe trip (Dave and Deb from the Planet D also did this trip recently) which was a really neat group experience.

Together with 8-10 other people you row a tandem canoe out into the sparkling blue waters off the west coast of Maui. The water was calmer this day, and the sun was shining brightly, even at 8 am. Unlike earlier in the week there wasn’t any underwater jousting happening this morning, instead there was something far more adorable. 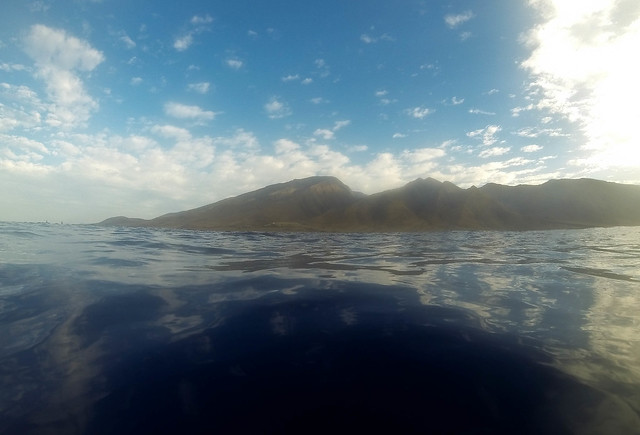 Mama and baby whales. All over the place. Humpback whales have a year long gestation period, so after they get knocked up (during the violent whale hunger games we had observed earlier), they return to the warm waters of Maui a year later to give birth. The baby then spend several months lounging in the warm shallow waters with it’s mother, learning how to swim and basically, as our guide Tim put it, “how to be a whale.”

Baby whales are curious about the world around them and will swim right up to your boat before their protective mothers come and usher them away. It’s adorable. Baby whales are the most adorable animal the size of a car out there.

It was such a striking contrast from the behavior we’d observed the day before, a striking reminder that whales, like humans, are complicated creatures. 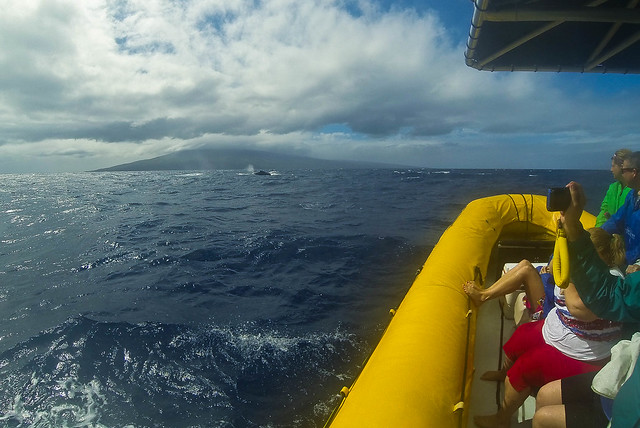 Whales have had a rough go of it, between between whaling and simply being pushed out of their natural environments by development and fishing. Humpbacks have managed to fair better then some of their contemporaries, they were considered “endangered” in 1988 but have recently moved from “vulnerable” to the “least concern” list. Nonetheless, when choosing a whale watching excursion it’s crucial to choose one that is not going to harass or disturb the whales in any way.

Hawaii has instituted quite a few regulations when it comes to whale watching (which is smart considering the activity is a crucial part of their tourism economy). Boats can only approach the whales up to a certain distance (although the whales- which are generally friendly and curious, can come close to you). I was satisfied that both the JCM Ambassadors and the Hawaiian Paddle Sports Tour were very responsible, allowing guests to observe the whales without harassing or disturbing them in any way.

4 thoughts on “All is Fair in Love, War and Whales”