Today, I’d like to introduce Cari Pittleman; a fantastic writer and avid traveler who truly embodies the twenty-something travel lifestyle. Cari has spent time studying in Spain, Mexico and Ecuador in addition to traveling 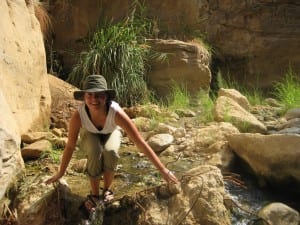 through South Africa, Europe and the Middle East. Currently she is studying Arabic full time in Amman, Jordan.

Cari is also one of my oldest friends. From across the globe she always inspires me with her unique and thoughtful insights on travel.  As a result, I’ve asked her to write an occasional column on Twenty-Something Travel, to share her personal experiences as well as advice and impressions on travel.

How did you end up in Amman, Jordan?

Right before graduating college I was struck by the desire to live in the Middle East and learn to speak Arabic.  It was important to me that I get to know the region firsthand, as a real place beyond what media headlines and stereotypes had to say.  I did a little internet research and found an Arabic program at the University of Jordan, which appealed to me because Jordan is very safe and English is widely spoken.  I lived at my parents’ house for a year and saved up to live in Amman and study.  After staying here for four months I was ready to go home but knew that I wasn’t through with the country.  Now I’m back after another year of working and saving at home.  This time my plans are completely open-ended.

I love living in Amman.  It feels like a small town filled with fascinating people from all over the world.  Many people come here to work for NGOs and embassies, or study the language.  It’s easy to make new friends, and I never know where the day will take me.  When I’m sick of the city it’s easy to escape to any of the amazing sites around Jordan (the desert of Wadi Rum is my favorite).  Not to mention that I’m less than a day’s journey away from Syria, Lebanon, Egypt, and Israel! 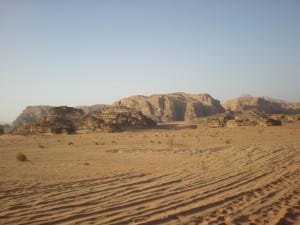 What was the reaction of your family and friends to your decision?

Actualizing this seedling of an idea has been a three year process, and I’m very fortunate that the people close to me have been extremely positive and supportive along the way.  That’s not to say that they all understand it.  When I decided to backpack through Europe last summer, everyone I talked to about it had the same reaction: “Awesome!”  When I mention living in Jordan in order to learn Arabic, the first response is always the same, “Umm, WHY?”  Either way, I think people get a kick out of the novelty of what I’m doing.

It’s incredibly satisfying to see the progress I’ve made with Arabic, and I love reflecting on the many unique experiences I’ve had as a result of living in the Middle East.  I wake up every day excited about my life, and I constantly feel like I am on the cusp of an exciting adventure.  The only commitment I have is my daily Arabic classes.  Once the term ends I’ll have nothng keeping me in Amman, so I’ll move if I find an enticing opportunity.  I’m fascinated by this region and am determined to master the language, but if I ever stop loving it I can just pack up and go home.  Or somewhere else, perhaps.  The whole world is wide open, and I feel completely untethered.  Incidentally, this is also the most challenging part about being here.  If I’m unhappy with anything, I have absolutely nothing to blame but myself.  The burden falls on me to make a change.  Beyond the language study and exposure to a new culture, this whole experience is really just an exercise in self-awareness and personal exploration.

Have you encountered any safety concerns as an American woman travelling solo in the Middle East? 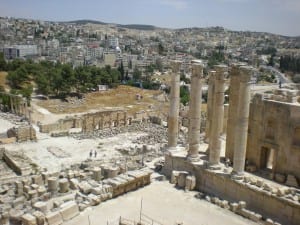 The same safety issues apply here as anywhere else in the world, including many US cities.  Yes, in geopolitical terms the Middle East is dangerous, but the really risky places (Gaza and Iraq, for instance) are prohibited to travellers anyway.  The day to day reality is very calm, and most people are friendly and hospitable.  It can be annoying to deal with the unwanted attention from local men, but it’s always harmless.  I’ve lost count of how many times a taxi driver has offered, “I learn you Arabic, you learn me English” in hopes of taking me out on a date.

You’ve done quite a lot of travelling over the last 10 years, to a variety of places. How has your travel philosophy evolved over time?

Being abroad has been an integral part of my life since I was in high school, so a lot of my development as a person corresponds to my travels.  Over time, I’ve become a much more independent and savvy.  With some of my earlier experiences, the thrill of being away from home and the freshness of a different environment was enough to make a trip exciting.  I tended to spend most of my time with other Americans and did not change as much about my way of life.  Now I feel like much more of an internationalist.  I’m more willing to break out of my comfort zone, and I crave a deeper connection to the places I live in and visit. 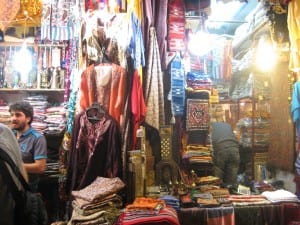 At the core, my philosophy is unchanged from the very first time I went abroad, on a school trip to El Salvador in seventh grade.  I live for the moments of fresh discovery when the curtain is pulled back and I get a peek at one of the world’s secrets, be it a breathtaking view from the top of a mountain, a moving religious ritual, or a clever play on words in a different language.  “Aha!” I say to myself. “So THIS exists.”  And then it becomes a part of me.  No matter what I do, though, the most rewarding aspect of my travels will always be the people I meet and the relationships I form along the way.

Come!  As with all travel, the most important thing to have is a positive, open attitude.  There is an abundance of glorious sites to discover, but don’t neglect mingling with locals.  English is spoken throughout the region, especially at major tourist spots.  Learn a few basic Arabic phrases and people will love you.  No one has ever given me a hard time for being an American as there is a general understanding that individuals are distinct from the decisions of their government.  That said, I would not recommend engaging in serious political debates if you feel strongly about defending US policy in Iraq and Palestine.  As far as religion goes, most people will assume you are Christian.  This is respected because the Qu’ran upholds that Jesus was a prophet.  Keep things simple and easy for yourself by confirming this even if your actual beliefs differ.  Atheism, for example, does not go over well.  Along those same lines, if you are travelling with a member of the opposite sex, it’s easiest to say that you are married.

When taking a taxi, always make sure the driver turns on the meter.  If they quote a fare at the beginning of the journey, it’s most likely an inflated foreigner price.  Be patient with inefficiencies and understand that Middle Eastern time moves at a different pace (possibly even a different direction) than Western time.  Go with it.

17 thoughts on “An American Girl in Jordan: An Interview with Cari Pittleman”