I know I am constantly going on about how your twenties are a great time to travel– well here is the flip-side of the coin. Today’s guest post comes from a thirty-something traveler, Scott Hartbeck, who has some regrets to get off his chest.

And so travel can wait. But can you really afford to make it wait?

When I wore a younger man’s shoes, which were flip-flops come to think of it, I didn’t worry about when I would get to travel and see the world. I knew it was something I would do eventually, but just never right then. I was content with earlier family vacations being the bulk of my travel resume as my 20’s approached. I certainly knew there was a great big world out there, and of course someday I would get to see all of it, but “traveling traveling” would be something I would do when I got older. In fact, it was one of the main things you did when you got older, wasn’t it? Traveling was a prize you were rewarded with later in life. After you had battled the business world for decades and emerged victorious with a home, family, and retirement fund, you were then free to move about the world. 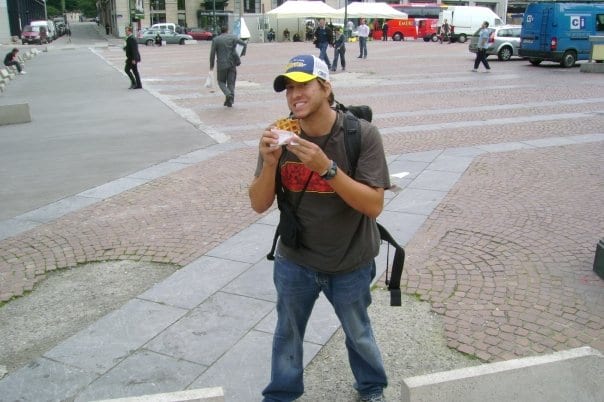 Somewhere along the way though, I started to get a sick and sinking feeling that like many of the things in life that usually start with a “well, you know what they say”, this too may be a misguided mantra. The revelation started innocent enough. A travel documentary here, a spring break trip to Jamaica there, a bragging, backpacking, co-worker and suddenly it started to crystallize. Why would I wait to do these things when I can do them now? Now I am young. Now I am spry and energetic. Now there are no relationships, careers, and children to tie me down.

So what did I go out and do, you ask? Well, I did absolutely, positively, nothing at all.

I amazingly wandered down the path of wondering, wishing, and wanting to travel, but going nowhere. There was never a really good reason I suppose. I just simply didn’t hear my own advice loud enough to heed it. Weeks, months, and years went by and then it seemed the next time I looked up, I was about to turn 30. Only the sight of those two large numerals heading my way finally snapped me out of it and made me decide it was really time to do these things.

There were just a couple problems. First, I was now living on my own, so if I was going to take off to traverse the globe there was that little sticky thing of rent that needed to be dealt with. Also, with a few years under my belt at my job, would I just throw it all away for a backpack? Lastly, I was now a single parent of a basset hound and what would I do with her? I grappled with these factors and decided to move back home with the parents at 29, retire from the “two weeks of vacation a year” world and start traveling. 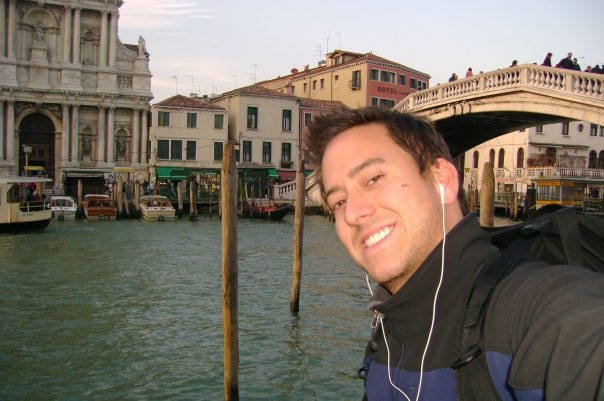 It started in 2006 with a two-week trip because I had to make it back for my best friend’s wedding. It then grew to seven weeks in 2007, but I couldn’t possibly stand going any longer than that without seeing my girlfriend. In 2008, with the pressure to move back out of my parents place growing, it became a two-week trip with a high school buddy who could only get two weeks vacation. As you see, it got complicated by waiting. Life got in the way. Now, I’m not positive the pastel-colored cliffs of Cinque Terre or the views from the Mountain Hostel in Gimmelwald would have taken my breath away any differently at 25. I’m also certain I held my own at Oktoberfest at age 30 and will run to catch a train with the best of them this fall. I just know it could have been a little better a little earlier.

As I sit near the close of my 32nd year and near the close of this cautionary tale, I have a three-week trip to Europe planned in September. This trek is to establish a small backpacking-oriented business. If plans proceed perfectly, this venture will afford me multiple trips in the future to far-flung global destinations. It is far from a sure thing though; the only sure thing is the fleeting benefits of twenty-something travel. 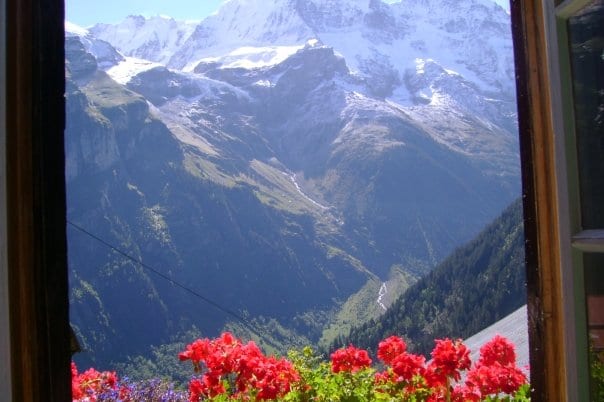 Scott Hartbeck is a thirty-something traveler trying to make up for lost time. When he’s not dreaming about the St. Louis Blues winning the Stanley Cup, trips to New Orleans, or his next bloody mary, he’s working on starting a brand of backpacking-themed apparel and his three-week jaunt to Europe this fall to launch it. Follow his progress @Worldwide Scott.

25 thoughts on “Don’t Look Back in Anger”