Let me start off by saying this is a no judgement zone (NJZ). This is actually not a subject I have thought a lot about before this, but since it came up recently, I thought I would open it up for discussion.

But first, let me set the scene: picture a hotel ballroom packed with bloggers (in this case, food bloggers at IFBC, which I wrote about recently). The speaker is Todd Coleman, the creative director of Tasting Table, and the subject is Modern Editorial Photography.

An interesting subject for sure, but I am distracted: I really need a Diet Coke. I know, story of my life. I run sneak out to pick one up and run a few errands. By the time I return, the talk is still flowing, but the mood has changed perceptibly. People, at my table at least, look annoyed, even angry.

What kind of controversy could a discussion on photography possibly stir up? I pieced together the info via twitter and from the others at my table. Apparently during the course of his talk Coleman shared that he often takes pictures of other diners without their knowledge. Not only that, but he then publishes these images on the internet and in magazines.

I have to admit, my first reaction was “So what?” It’s not illegal to take pictures of people in public places in the United States. In some cases you can only get a good picture when the subject doesn’t know they are being observed. I have definitely taken pictures of people without their knowledge on my travels and never thought twice. 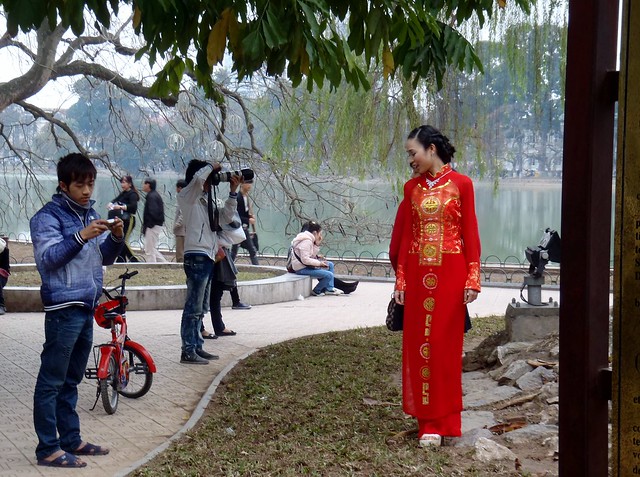 However, the more I thought about it, the more muddled my thoughts became. The photo in question (which unfortunately I don’t have a copy of) involved people at a diner, simply enjoying their meal, never suspecting they were about to become subjects in an actual magazine. They aren’t participants at a festival or performers or any other sort of public participant, they are just people eating their lunch. In that context, publishing photos of people without their consent seems pretty ethically iffy to me. (In her most recent article Erica from OverYonderlust shares a similar view of why she won’t publish photos she took at Burning Man– she doesn’t believe moments from this private space should be shared publicly). 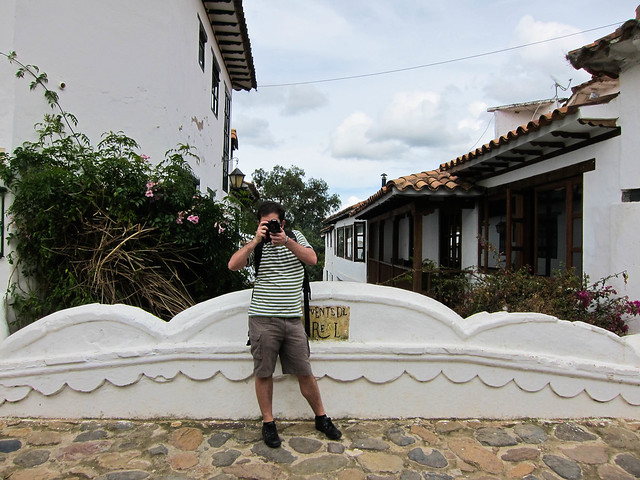 Then, I thought about all the ways pictures can actually be used to harass people. Like the sneaky upskirt photography that was just confirmed to be A-OK legal in Texas. I certainly don’t think it is right or fair to take pictures that make people uncomfortable, but where is that line, and how do you know, if you’re not even bothering to ask?

Lastly, how do you even manage to take a good picture of someone without them noticing? Going through my Flickr archives, I was hard pressed to find many examples of decent photos taking on the down low. I did find lots of great informed photos though, like this one:

If anything, this seems like an even bigger issue for travel photography then for food. When we travel we often take on the role of observer, and we use our cameras to document all the big and little extraordinary things we discover about new lands. Oftentimes though, the things we are documenting are other people’s ordinary lives. I would never take a covert picture of a woman walking down the street here in Seattle, so what makes it OK to do that in Italy or China? It’s voyeuristic for sure, but where is the line? IS there a line?

Coleman, and quite a few bloggers at IFBC definitely didn’t think so. A few bloggers on twitter tried to shut down the conversation, insisting that realistic photo-journalism trumped the need for consent (I’ll let you decide whether most bloggers are actually in the business of realistic photo-journalism yourself). Some were actually quite aggressive in their conviction that asking permission was completely unnecessary.

I, however, think this is definitely a conversation worth having. At the risk of opening a can of worms, I thought I would ask you guys: do you take photos of people without the subject’s consent? Would you publish them?

37 thoughts on “Do You Ask for Permission When You Photograph People?”