It always amazes me how pioneers discover new lands then promptly name everything after the place they just came from. In the United States we have New York, New Jersey, New Hampshire etc etc, all named by homesick settlers to the new world. Since they were colonized by the same bunch of unimaginative blokes, it makes sense that the Australians would follow the same naming traditions. Although, based on what I saw in the Australian New England, some of the settlers here are STILL a bit homesick for the motherland. 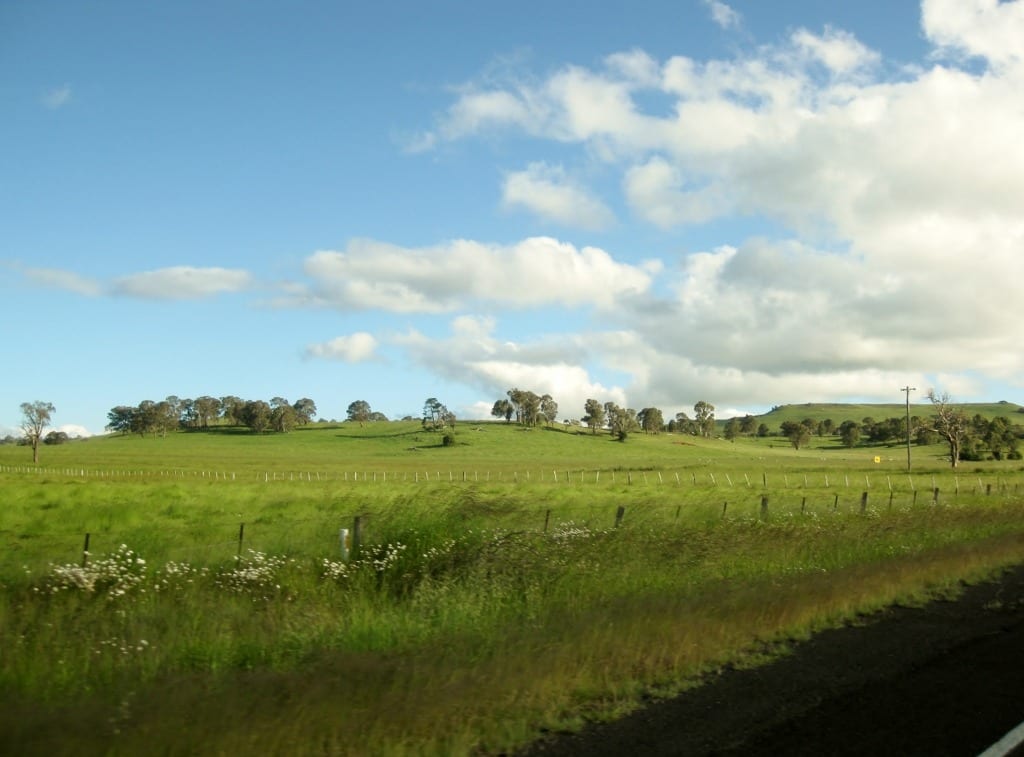 New England is a chunk of inland New South Wales with strong ties, and nostalgia for, it’s British heritage. I can understand why they’ve congregated here: the landscape certainly LOOKS like the sloping green fields of England. On a rare (for us) sunny day the landscape stretched out for golden miles as we cruised through towns with names like Glen Innes, Glencoe and yes, even Stonehenge. Tudor style buildings are big here, as well as businesses that start with “Ye Olde.”

As you may have noticed from those names, the love or Britannia extends to Scotland as well. We passed several small villages claiming to be “Australia’s Scottish Town.” We even stayed at the Highlander Van Village in Armidale. 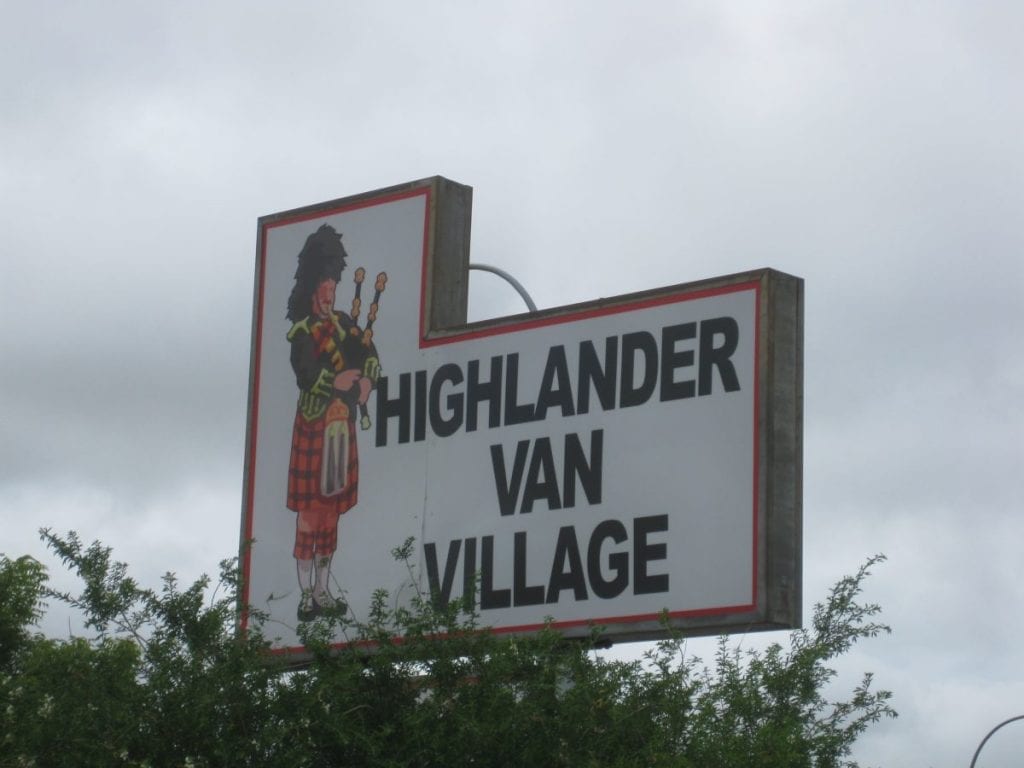 The crowning centerpiece in this interesting delusion is the Australian Standing Stones at Glen Innes. Unlike the druids, the aborigines were not considerate enough to leave giant mysterious rock formations as their legacy, so the diehards in New England had to improvise by building their own, massive stone formation: 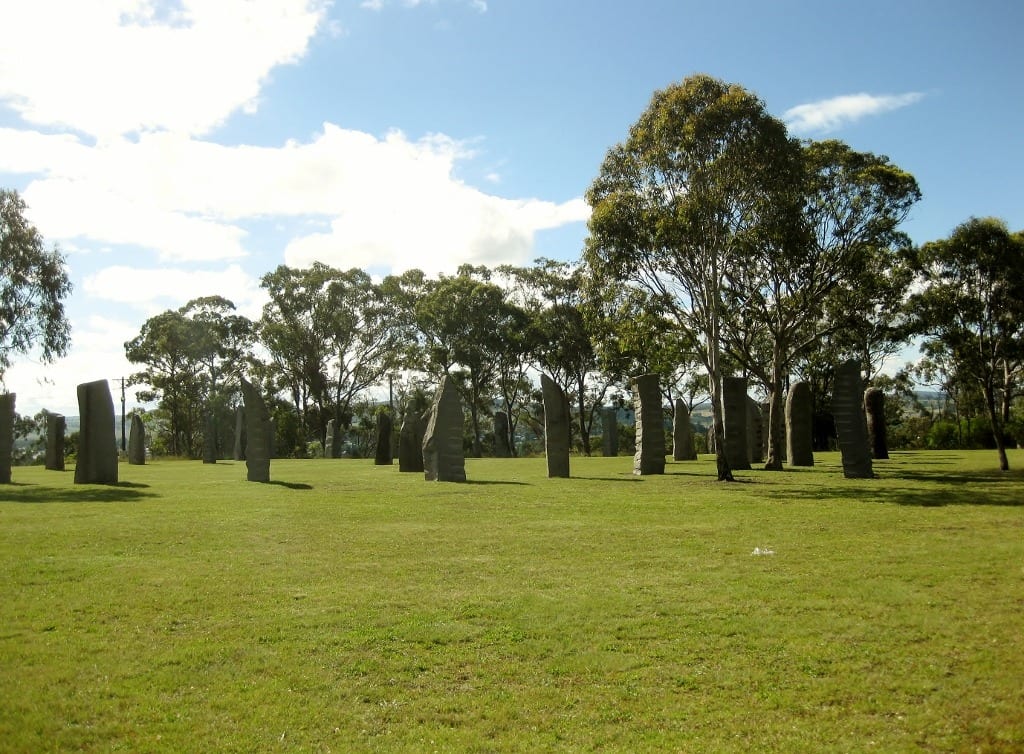 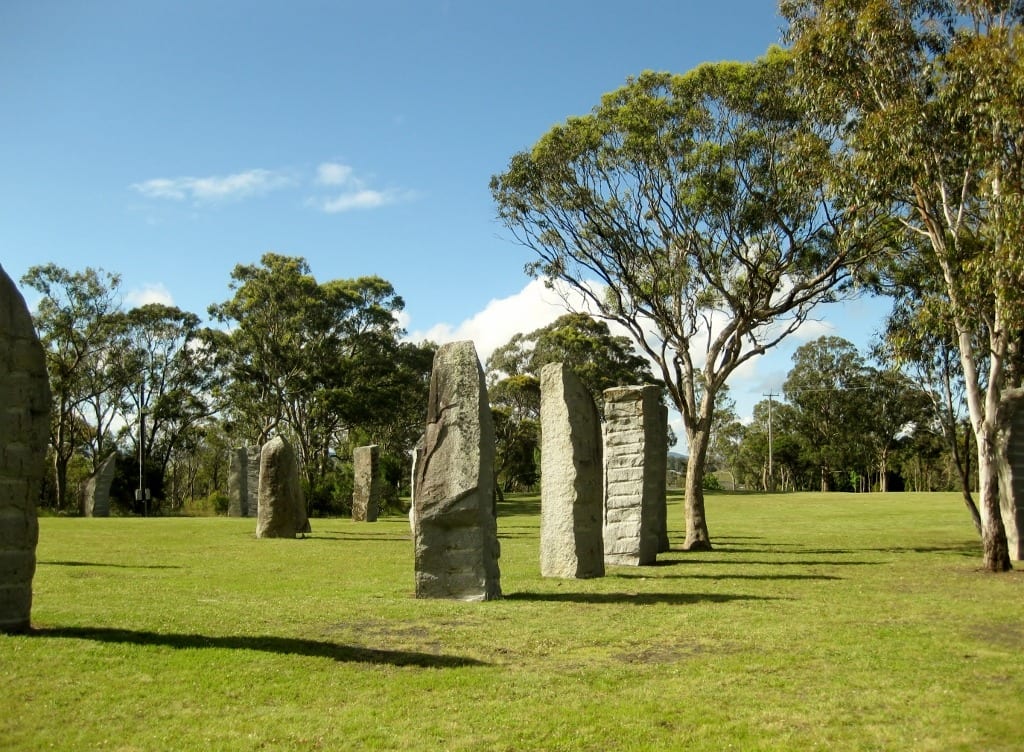 What it lacks in authenticity (it was erected in 1992) it makes up for in size. The plaque at the base claims it was erected to “in recognition of the involvement of the Celtic races in the building of the Australian nation,” but I also think there was some serious nostalgia at play here.

I can relate: I miss England too! Everything in Australia is just a little bit British- just enough to make me miss my long lost love. Liz and I met in London, and she shares my angst- we’ve joked that with the current weather and exchange rate we might as well actually BE in England.

The thing is, Australia will never be England, anymore than I can be English. From the moment these settlers decided to travel halfway around the world to start a new life, they set themselves apart as something new and different. The similarities are there, it’s true, but there’s still that unique, laid back Australian attitude that pervades everything.

It’s fun to pretend though.