The Caribbean doesn’t initially seem like the easiest place to travel on a budget. Costs vary from island to island, of course, but on many of the most accessible islands, there aren’t a ton of hostels or cheap apartment rentals, activities tend to be pricey and the same goes for dining out. Here are a few tips on how to travel the Caribbean on a budget. 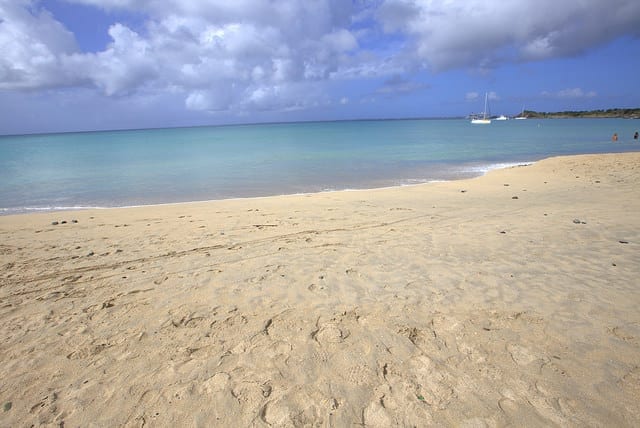 When I was traveling in Southeast Asia, the advice I consistently received was to under-pack because I could easily pick up anything I needed once I was there. The Caribbean is kind of the opposite. While you can definitely find pretty much anything you might need, almost everything is much more expensive than it would be at home because it has to be imported. I try to bring extra supplies of things like sunscreen, insect repellent, and deodorant — all things I’ve had to buy on various trips and all of which were much pricier than I was expecting.

I also like to pack a bunch of granola bars and instant oatmeal packages – they don’t take up that much room in my luggage but they often save me a lot of money on breakfasts and snacks so that I can travel the Caribbean on a budget.

Don’t Buy Anything Near the Cruise Ship Terminal 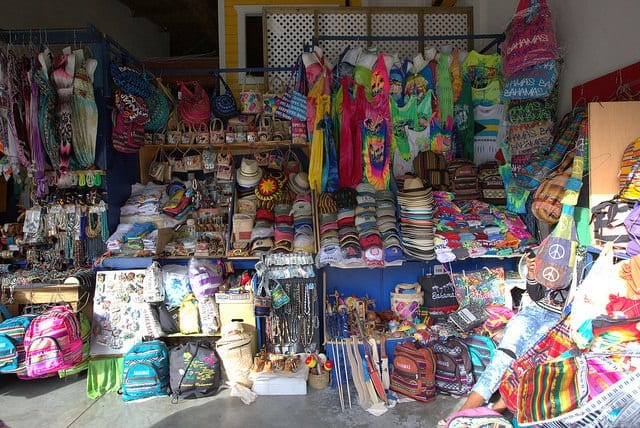 Every island I’ve visited so far has a cruise ship terminal, where ships dock and passengers are unloaded for a few hours to explore what they can of the island. Avoiding shopping and dining in the neighborhoods around these terminals is both obvious and not so obvious advice in order to travel the Caribbean on a budget.

On one hand, it’s logical that prices would be marked up near cruise ship terminals. Hundreds of passengers arrive in these areas every day, ready to eat and buy souvenirs but with limited time to shop around for the best prices. On the other hand, these neighborhoods are also often where the action is — lots of buzzing shops and restaurants, and sometimes a great beach — so it’s kind of natural to head there. I know I did at first until I realized that prices were significantly marked up in these areas compared to almost everywhere else.

Beyond higher prices, I find restaurants near cruise ship terminals are often geared towards finicky tourist palettes and the arts and handicrafts sold here generally have a mass produced feel. Basically, you’re paying more, but the quality of what you’re getting is often lower than what you’d find elsewhere.

Invest in Accommodation with a Kitchen 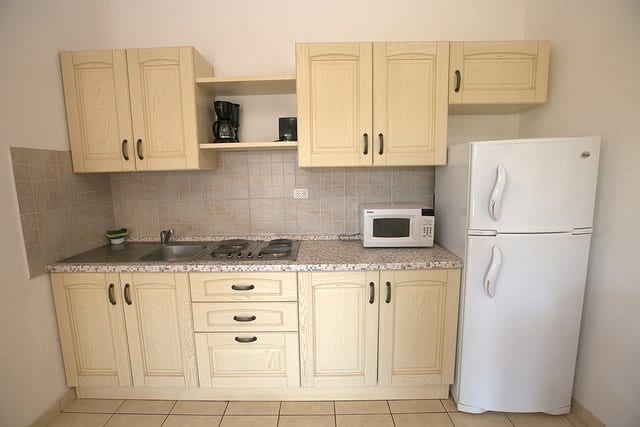 The price of meals on most islands continues to blow my mind. It’s possible to find cheap local fare on some islands, but even with some research, I often had trouble finding entrees for less than $20 USD on islands like Aruba and Grand Cayman. Thus, choosing accommodation where you can cook some meals at “home” can be a huge money-saver.

Groceries are often pricey too, unfortunately, but I found I could put that same $20 towards cooking at least a day’s worth of food, rather than a single meal at a restaurant. Similar to most other regions, it’s much cheaper to dine out at lunch, so I usually eat a few restaurant lunches but cook breakfasts and dinners myself.

Hostels with common kitchens are an awesome option if you can find one, but AirBnBs and other vacation rentals are far more common – better still if you’re traveling with some friends and can split the cost of a two- or three-bedroom villa or house.

When you do dine out, take a close look at your bill or do a little research into tipping etiquette beforehand. On a number of islands, such as St. Martin/St. Maarten, a service charge is automatically added to your bill along with the tax, so you don’t need to leave an extra tip.

Additionally, a 10% tip is often acceptable for service people, rather than the 15-20% tip most Canadians and Americans are used to. It’s worth finding out when and how much it’s appropriate to tip to avoid overpaying (or being cheap when you should be tipping) if you are traveling the Caribbean on a budget.

Do you have any other tips for traveling the Caribbean on a budget?

Trying to Figure Out Your Travel Budget?  Check out this 4 part series!

And check out all of these real travel budgets in our series: How Much Does It Cost To Travel? 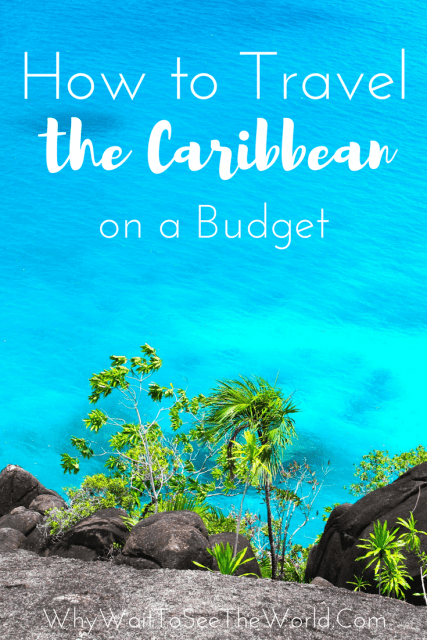 1 thought on “How to Travel the Caribbean on a Budget”