As I stated on my post last week about traveling while Trump is president: I know this is a blog about travel, not politics, but it’s impossible to divide the two subjects, travel is political and politics effects travel in unmeasurable ways. If that’s not for you- ok, there’s plenty of other stuff you can read  Otherwise, let’s get into it.

These are strange and kind of scary times. Listening to the news makes me feel sick and anxious more often than not, but I also have an insatiable need to know what’s going on. 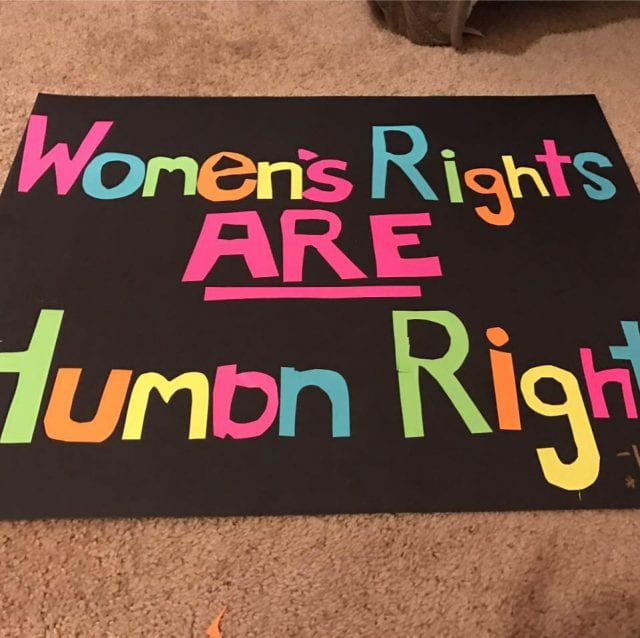 One thing that does seem to help with the existential dread is being proactive. Which is why it felt really, really, extremely good to join with 3 million other people and march on Saturday the 20th.

In an ideal world I would be marching in Washington DC, with my Mom and Marcella. 3 generations of women united for the cause. Unfortunately I wasn’t able to be there, but Mike and I marched with our baby daughter and some of our closest friends in Seattle, and that was pretty great too. 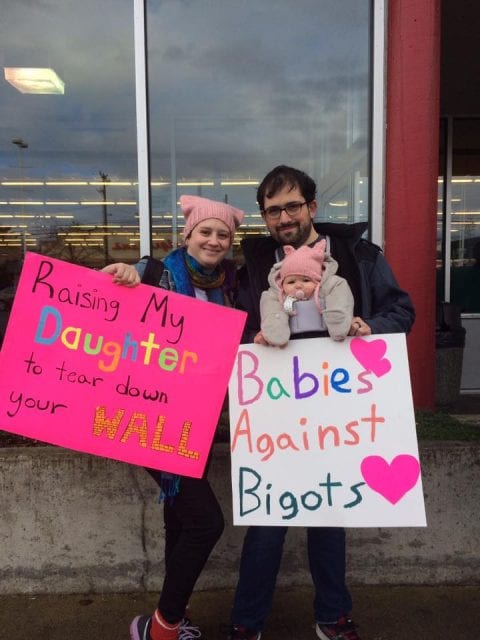 Why did I want to march? Here is what I wrote on Facebook:

Truthfully, marching is an honor, a right and a duty for me. I have so many important reasons: the fact that the US is one of the only countries in the world without federally mandated maternity leave, the fact that having a baby has only made me MORE aware that women deserve choices, the fact that 1 in 4 women in this country experience sexual assault and that number is beyond unacceptable. The fact that a lot of people in Washington want to ignore us and we will not be ignored.

Then there is Marcella, and the fact that she DESERVES to grow up in a world where women are paid equal to men, nobody tries to legislate her body and a woman can actually become president. She deserves it all and so does every other kid in this country.

We live in a pretty liberal bubble up here, so itt’s pretty thrilling to watch the outpouring around the country, and to see so many allies. These days may feel dark but the are full of wonder and I still believe love can and WILL trump hate.

And how did it go? 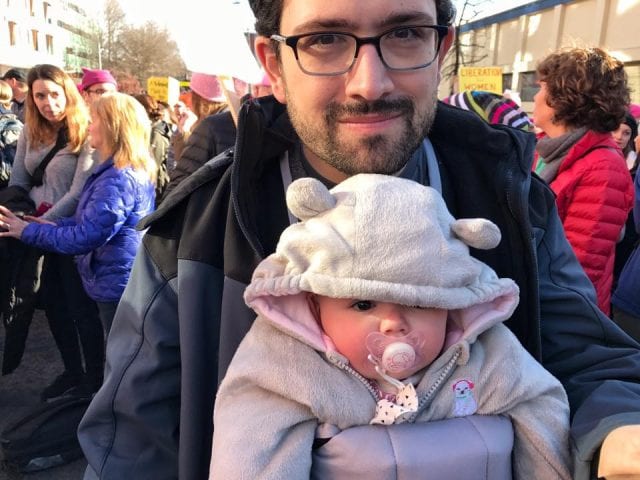 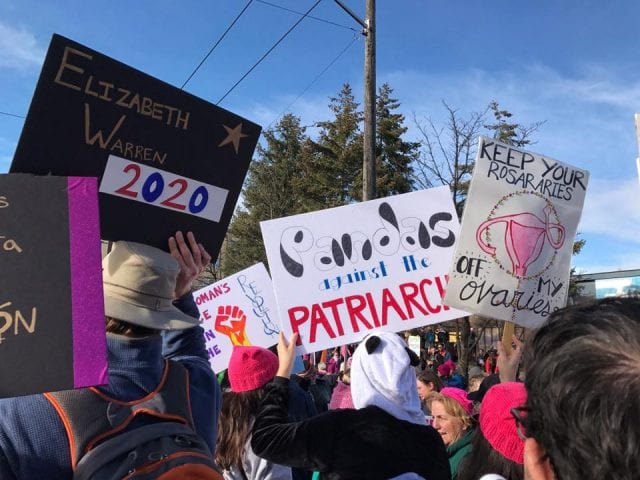 Amazing. It was an uncharacteristically sunny January day in Seattle and everyone was in good spirits. They were originally expecting up to 50,000 people at the march and more than 150,000 ultimately showed up! As a result crowd control was a challenge and we spent more time standing than marching, but everyone was warm, polite and loving.

Here are some 360 degree photos my husband took of the march. It’s almost like being there:

I had been nervous about bringing Marcella to such a big event but she was just perfect. Mike wore her in the Baby Bjorn and she seemed to enjoy people watching. She even took a nap in the middle of the crowd! It felt great to have her there and we saw lots of other babies and small children in the crowd.

It wasn’t until later that day that we realized the scope of what had happened. That we were part of a huge event, not just around the country, but around the WORLD. I don’t care what your politics, the sight of literally millions of people marching peacefully around the planet has to move you a little.

Does marching do anything by itself? Well it sends a message for sure, and it was cathartic. More importantly, it has hopefully galvanized people around the country into taking action. If the past few days are anything to go by, it’s going to be a rough 4 years, but we can get through it if we work together. We have to.

If you were, or weren’t, at the march this Saturday, here are some actions you can take to help protect our liberties and planet going forward. It’s going to take more than Facebook outrage and hashtags to make a dent in this machine: