It was a warm spring day and I was walking around the mall in downtown Queenstown, New Zealand when the ground started to shake. Quickly, I evacuated but, before I reached the exit, it was over. Once outside, I looked around where there appeared to be no damage. That is until I saw my friend Barbara sitting on the sidewalk holding her crying friend. Quickly, I rushed over.

From from its epicenter, the earthquake was small and no serious structural damage was done, but it was strong enough to remind Cary of the earthquakes that hit Christchurch, New Zealand several years prior. These memories scribbled her with fear and left her sobbing. 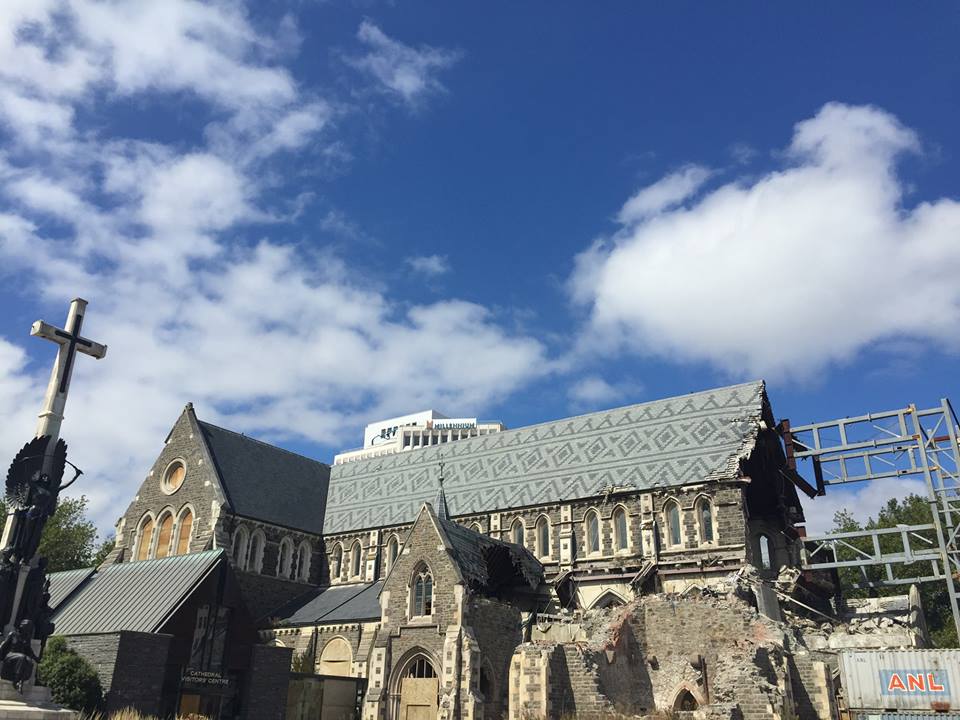 Christchurch, New Zealand is a six-hour drive northeast of Queenstown. The city is still recovering from devastating earthquakes in 2010 and 2011 that rattled the country’s second most populated country to its knees. In the earthquakes historic buildings crumbled, thousands were injured, and hundreds were killed. Over five years later, the city is still recovering but has done a lot to rehabilitate its image as a vibrant, safe place to live.

While living in New Zealand, I saw much of the structural damage done by those earthquakes, as well as the psychological impact they had on the country’s community living in the Christchurch region. In addition to living in Queenstown, I spent several weeks exploring Christchurch and saw first hand the renaissance the city has undergone.

The Re: Start Mall has become a pillar of downtown Christchurch, New Zealand. The mall is completely constructed using shipping containers that have been painted with vibrant colors.Today, it features several retailers in the food, book, and clothing industry, including Lululemon.

Christchurch’s Property and Building Owners group came up with the idea in order to “breathe new life” in the city center, which had been left undesirable after the earthquake. The city knew that it would take a long time before the rubble was cleared away, and even long before new buildings were built, so the Re: Start Mall made a lot of sense. New shops could return or open in a fraction of the time it would take to have new buildings.

Today, shipping contains can be seen all over Christchurch, New Zealand but when the Re: Start project first started it was a risk. Innovative ideas such as this sparked the local community by showing them that their situation can change quickly. The Re: Start Mall has become a major tourist attraction and an item any New Zealand traveler must add to their bucket list.

Removal of Homes and Buildings 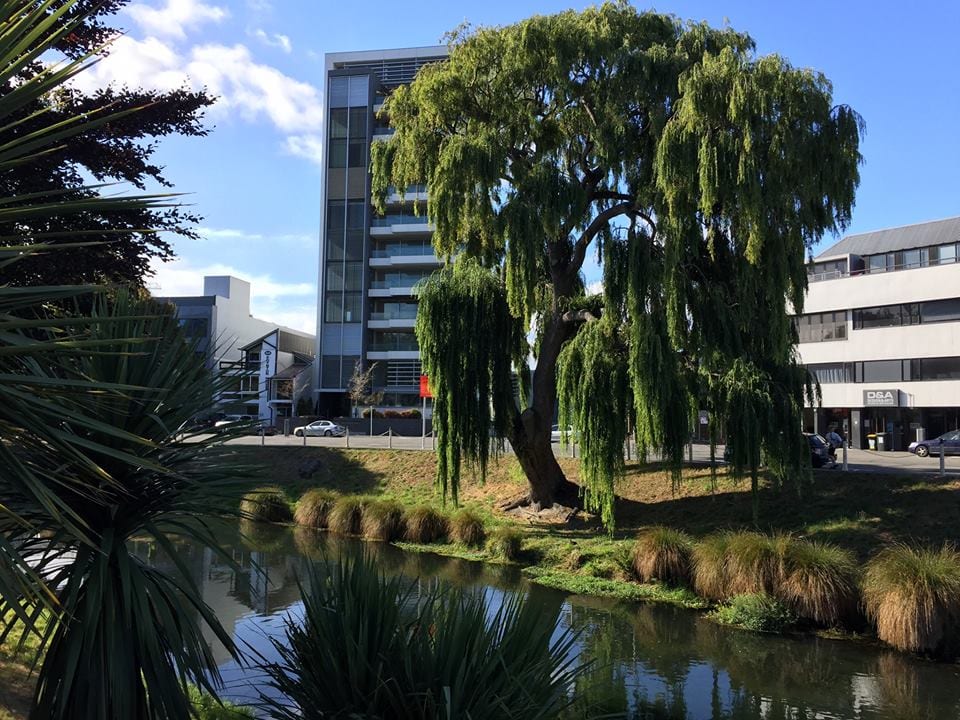 A big part of the Christchurch’s renaissance has been removing homes that were built on red zones. The city designates red zones as an area of land that’s damaged for it to be cost-effective to do repairs on or that have been deemed unsafe due to the high probability of a rock roll or cliff collapse taking place if another earthquake strikes.

This has resulted in the government acquiring over $1 billion dollars in land only to clear it of all structures. This may seem like a waste of money, but it allowed citizens the financial capabilities to move to better areas, while also keep them farther away from harm’s reach should there be any earthquakes in the future.

Without many tourist attractions, Christchurch, New Zealand has been able to remain a major backpacker destination., This is because since the earthquakes there the city has had an abundance of work. Buildings are being reconstructed all over the place and the city needs able-bodied workers to complete these projects.

Even though it’s been over five years since the earthquakes, it still looks like the New Zealand Government is going to pour money into construction projects, so it doesn’t look like the work will diminish anytime soon. This gives visitors a great opportunity to make a good living while also exploring all that the city now has to offer.

Even though there is plenty of work for backpackers in Christchurch, many of them don’t like living there. This is because, since the earthquake, the local nightlife has been limited. The bars and clubs that do exist are usually crowded and have an incredibly long line, which of course hinders a good-time.

However, that’s about to change. On the Avon strip, next to the Avon River, twenty nightclubs and bars are about to open. This will provide local backpackers with a ton of nightlife options, while also increasing the number of hospitality jobs in the area. This is a win, win for anyone visiting Christchurch, New Zealand.

It’s inspiring how much Christchurch has done since the earthquakes in 2010 and 2011. They’ve truly found a way to move forward after a major disaster—something cities all over the world often fail to do. Now the biggest fear is what will happen if another major earthquake hits the city again, especially because the city has experienced a few minor earthquakes since 2011. However, if disaster strikes again, the city and its people know how to recover. They’ll just wipe the tears from their eyes and restart in Christchurch, New Zealand.

Headed to Christchurch, New Zealand and looking for a place to stay?  Why not try one of these places:

JUCY is known for their camper vans but they also have a super cool pod hostel in Christchurch!  Located near the international airport JUCY Snooze is a great place to stay for just the night before embarking on your exploration of Christchurch.  Stay in one of their pods, lounge about in their modern and industrial (but cozy!) common spaces, and get revitalized for your trip.

Looking for something a little more central but still affordable?  Why not check out Urbanz?  They have a combination of dorms and private rooms with king-single beds (this means no more itsy bitsy twins!) and they also have a fully equipped kitchen and dining area, and a funky ground floor lounge with a bar.

Quest Christchurch Apartments are a great option if you are looking to have your own space in the heart of the city.  There are 67 apartments in total that range from studios to three bedrooms and the tourist tram is right outside the main door to make exploring Christchurch, New Zealand even easier!

Andrew Mentock is a freelance writer who frequently contributes to Money Nomad, while also creating money saving content for InvestmentZen. When he’s not writing, he’s usually eating sushi, watching basketball, or has his nose in a book. 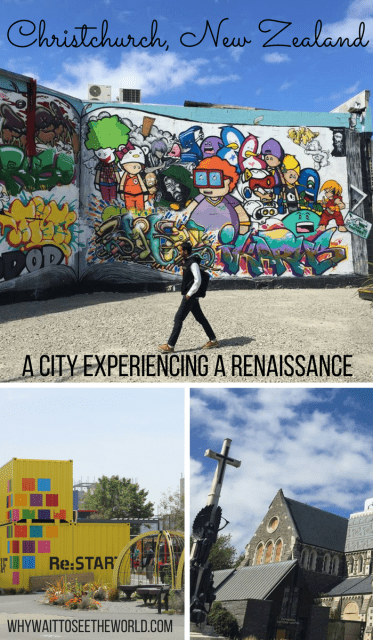