Although I’d never been on a cruise until this past summer, I’ve always considered my self “not a cruise person.” My usual independence-loving, street food gobbling, slow-moving style of travel is pretty much the opposite of how I imagine a cruise (basically a floating resort that stops at a new port each day). I’m the kind of person who would rather spend a week on a single island than rack up seven different islands in that same time span. So I pretty much wrote the idea of cruising off.

I confess though: I was a little curious.

So when my Mom suggested that we take an Alaskan cruise from Seattle, I jumped on board (so to speak). She had never been on a cruise either so we were both excited and a littler nervous about the experience.

While I think it’s fair to say we had a marvelous time, the trip definitely confirmed my initial instinct that I’m not a “cruise person.” I felt either restless or rushed most of the time. While the ship was gorgeous and the customer service was great, I never really took to cruise culture.

That said, I’m really glad I went and I wouldn’t entirely rule out another cruise in the future. If you’re going to see Alaska, cruising is one of the best ways (half the places we visited are only accessible by boat or plane). Here are some cruise tips I’ve developed for people like me, and maybe you, to enjoy their cruising experience.

Not all cruises are created equal. There are light years of differences between a Holland America cruise to Alaska and a Disney cruise to the Bahamas for example. Different cruise lines have very different character, so it’s important to not just go for the cheapest option but to find one that suits your personality and trip aims. Some ships cater more to families, some to older people, some smaller lines are even geared towards adventurers.

Cruise Tips: Which cruise you choose is going to greatly impact the kind of trip you will have.

Another thing to think about is your itinerary. As I mentioned in my tips for Alaska cruising post, some itineraries include more days at sea than others. These are days where the ship doesn’t dock anywhere so you are confined to the boat. If you are the kind of person who gets stir crazy from being cooped up too long, it might be worth it to fly to a more distant port city to minimize sea days.

Get to Know Your Ship 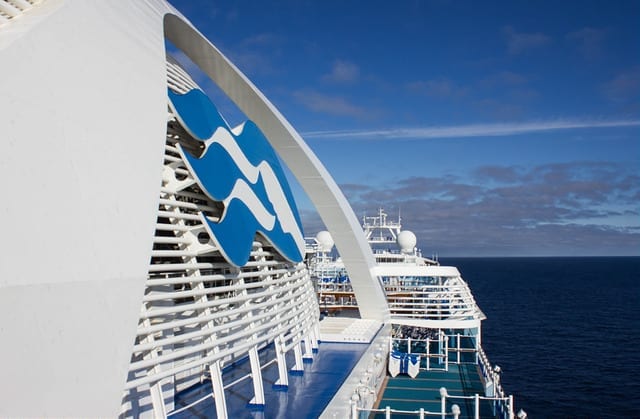 You might think that the nice thing about cruises is that the itinerary is taken care of for you, thus negating the need to plan. Not so for us non-cruisers. If anything, you will need to do extensive research to make sure you are making the most of your trip.

Cruise ships are enormous, with a staggering number of dining, drinking and relaxation options. Some restaurants need to be booked ahead of time as do port excursions (more on this below). If you spend some time getting to know your ship and it’s amenities ahead of time, then you can really maximize your time on board,

Luckily there are heaping amounts of information online about cruising and cruise tips. I’ve found Cruise Critic to be an excellent resource.

Maximize Your Off Ship Time

Even large ships can be pretty thoroughly explored by the time it pulls into port so you will probably be dying to get onto dry land. If you’re used to slow travel however, you might not be sure how to make the most of a 5 hour stop in a new place.

While in regular life I would probably be wary of “land excursions” as some kind of money grab, I actually think they are a pretty good way to make the most of your time- at least in Alaska. If I were on a Mediterranean cruise I would have no problem just wandering around port cities for hours on end, but there honestly isn’t a ton to do on foot in say, downtown Juneau, unless you are taking a tour out to Mendenhall Glacier or hiking or whale watching.

Prepare yourself for “Cruise Culture” 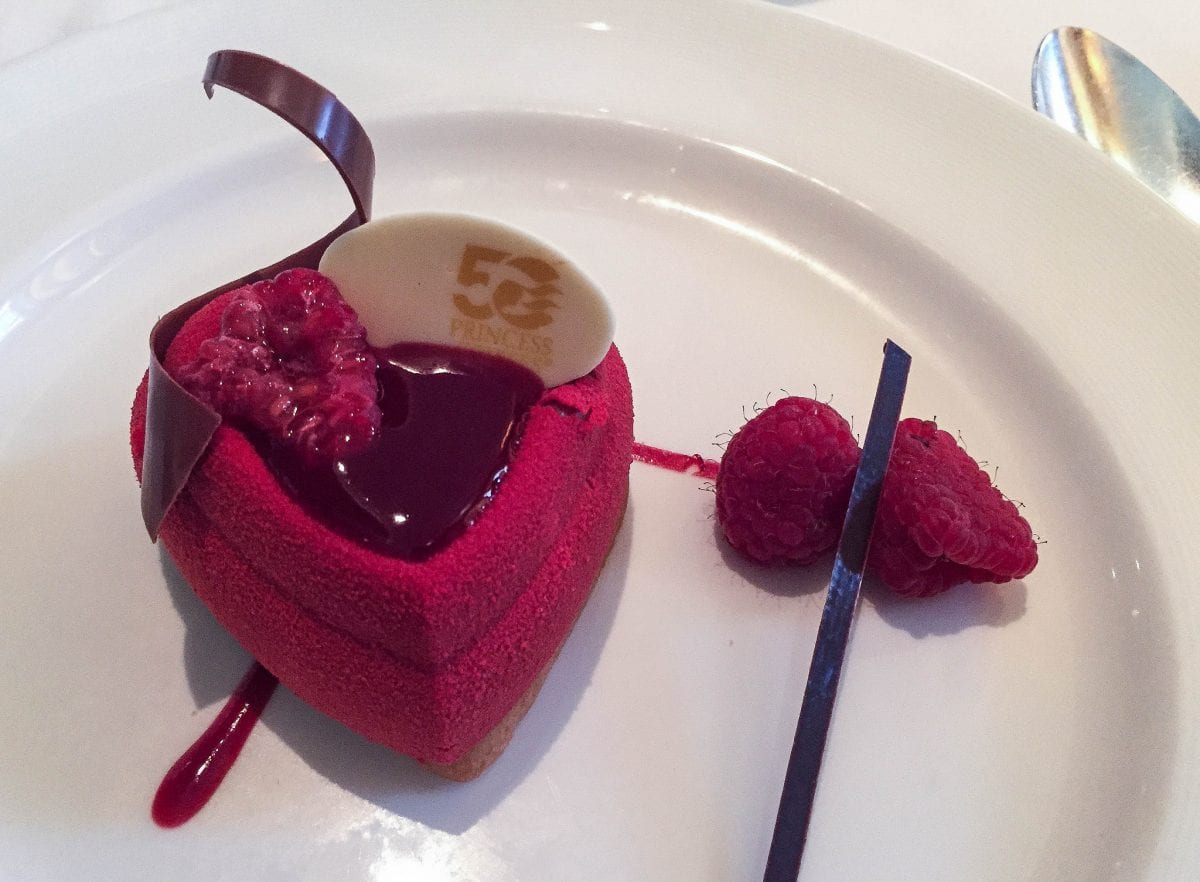 You may be new to cruising, but there is an entire cruise subculture out there that you know nothing about. On my cruise, I met people who were on their 5, 10th, 30th (!) Princess cruise. I even met several who were on their 5th or 6th Alaskan cruise! People find something they like and they stick with it.

And while it may not be my cup of tea, I respect that. So I looked at our cruise with an anthropologist’s eye. We opted for group dining and met all sorts of interesting people at dinner and lunch. We dressed up for formal night and got out picture taken in front of cheesy backdrops. I even went to a weird art auction and gasped as people paid thousands of dollars for oil paintings of Mickey Mouse (Ok, I confess I didn’t really get this last one). 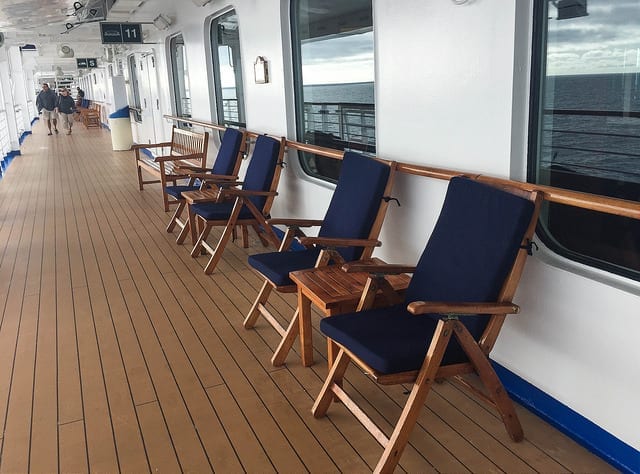 When you boil it down, a cruise ship is basically a giant floating resort. While staying at a resort may not give you an authentic window to anything, in particular, it can still be a lot of fun! Laying by the pool, eating nice meals, or relaxing with a cocktail are all singularly very nice experiences.

For me, a lot of the enjoyment on my cruise came out of finding the right headspace to be in. It was a lot about being in the moment and enjoying whatever I was doing instead of thinking about the 10,000 other things I could be doing instead.

If you can accept it for what it is (and let go of what it isn’t), then you can just do your best to relax, have fun and watch the scenery float by and this is one of the best cruise tips I can give you.

Disclosure: Our trip and excursions were provided courtesy of Princess Cruises. All opinions are my own.

Looking to Try a Cruise?

Planning a Cruise to Alaska: 7 Things You Need to Know

A Nile Cruise Through Time

River Cruising in Your 30’s is Unexpectedly Awesome 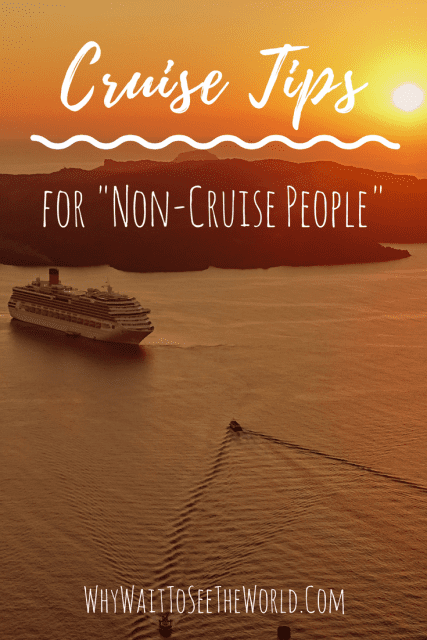