I had a different post planned for this Pre-Thanksgiving short week but it had to be pushed after I saw that the US State Department released a worldwide travel alert today.

That’s right- an alert for the entire WORLD.

Now I think the State Department does a lot of great things for travelers (I’ve actually worked with them on projects in the past), but I’m afraid this travel alert is completely useless. It simply plays into the culture of fear that has been brewing extra strong over the past week.

Go ahead and read it. You’ll see it provides zero useful information but a lot of vague warnings.

“U.S. citizens should exercise vigilance when in public places or using transportation. Be aware of immediate surroundings and avoid large crowds or crowed places. Exercise particular caution during the holiday season and at holiday festivals or events”

The alert lasts for 3 entire months (until February 24th). 3 months of avoiding transportation and public places? During the holidays? That’s not feasible or reasonable.

Look, I get why the State Department does stuff like this- they are covering their own butts in case something does happen. But as a citizen and a traveler, this travel alert means basically nothing to me, except a lot more people warning me to “be careful” every time I leave the house.

Do Not Cancel Your Travel Plans Because of Terrorism 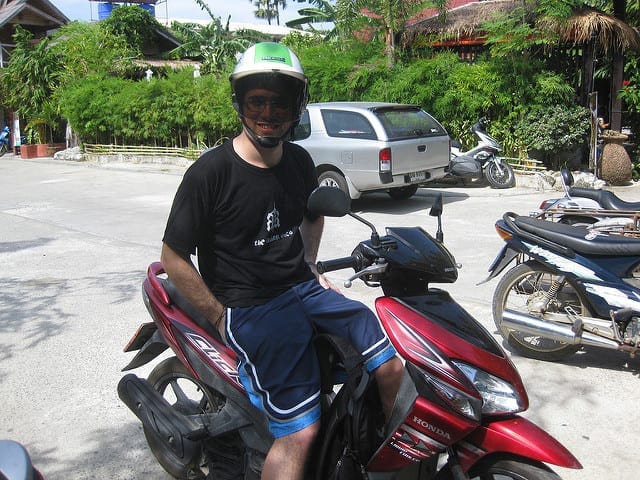 Moreover, I would say that warnings like this, whether intentionally or not, are used to enforce the idea that the US is “safe” and the rest of the world is “unsafe.” This is fundamentally untrue. When it comes to terrorism, in particular, the threat is incredibly overhyped.

Are you going to cancel your rental car?  No, then maybe do not cancel your travel plans because of terrorism.

According to this really handy article, the amount of Americans who have been killed by terrorism since 9/11 is so small that it’s barely statistically relevant. Here are just some of the things that are more likely to kill you than a terrorist attack:

Taking all that into account I am not afraid of terrorism. I am however terrified of gun violence, and I don’t need to leave the country to be faced with that danger.

Concerns Based in Reality 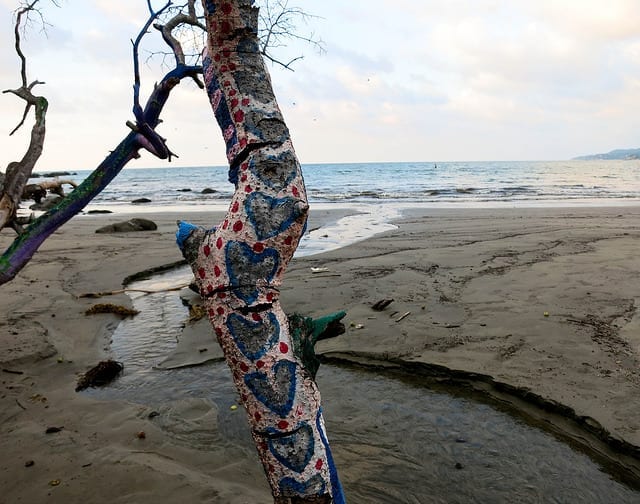 Now I’m not saying you should hop on the next plane to Syria without a care in the world. Obviously, there are real dangers out there that are better left alone.

I’m saying that you need to use that brain in your head to think critically and evaluate the real level of risk. You can’t let vague warnings and nightly news programs scare you from seeing the world. The media functions best as a fear machine, designed to keep you coming back for more. The State Department warnings are meant to tell you of the worst possible scenarios.

So how do you decide if it’s safe to travel?

We’ve talked about this before, in regards to “dangerous” countries like Colombia and Mexico. We also talked about it from the perspective of solo female travel. In each of these cases, my answer is the same: question your sources, talk to people with experience, and evaluate for yourself. Everyone’s level of risk comfort is different, so figure out what feels right to you.

If it feels right to you do not cancel your travel plans. 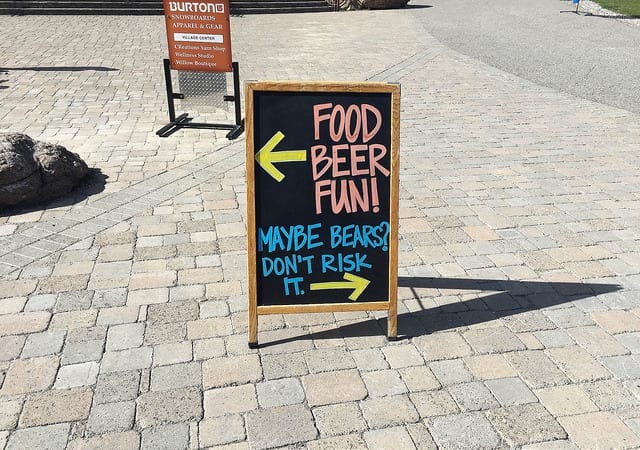 Most importantly, remember that it’s your decision and your life.

9/11 happened when I was 16, a junior in high school (incidentally, one of the planes crashed in my very own hometown, less than 5 miles away from where I sat in class). I’d barely even been abroad at that point. My entire travel related life and career has existed under this omnipresent yet vague shadow of potential terrorism. If I let it get to me I would never go anywhere. I’d never have seen wild elephants in Sri Lanka, or visited the landmine pocked Plain of Jars, or met so many wonderful people in Colombia. I would never have lived on the beach in Mexico or lived on the beach that other time in Ecuador or eaten so much street food in China. I wouldn’t trade those experiences for any amount of sitting on my couch watching CNN.

This is not a trivial issue. Travel is such an important tool for opening people’s minds, building international connections and greater empathy for the world around us. Look at all the people whose hearts were touched by what happened in Paris, a city so many people clearly identified with and loved. Travel helps that happen.

Fear tears us apart, closes us off and in many sad cases makes us hateful. It makes the world seem like it’s full of big and scary others when it’s actually full of people just like you and me. And some bad guys sure. But the good outweighs the bad, especially when you look at it from a place of reason and not fear.

So, when your parents or your great aunt or your neighbor send you that State Department warning as you plan your next trip, maybe you can send them this?

Avoiding danger is no safer in the long run than outright exposure. The fearful are caught as often as the bold. -Helen Keller 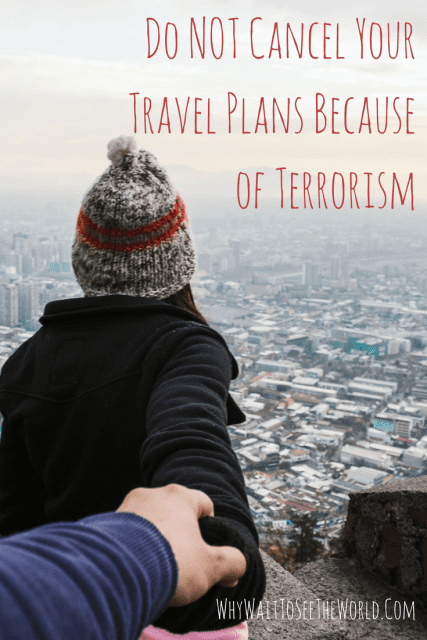