One of my favorite dogs in the world are the Siberian Husky’s. I love their soft big fur, how intelligent they are, and their bright and interesting eyes. I love when one of their eyes has a icy-blue color and the other is an amber color. I like when sometimes they’ll howl rather than bark. They’re just so darn cute and I came close to wanting to steal one (not really).

Outside of Kemi, Finland in Lapland, I had the chance to dog-sled with these beautiful dogs.

The place I was going had over sixty dogs where they raise and care for all of them. What’s amazing is each and every dog has their own name and they all know their own name very well. When it comes time to select which dogs come out to dog-sled, the owners just needs to call out their names. They can tell which ones are more enthusiastic about going too.

As we arrived, the husky’s immediately started barking and howling for attention. If they could speak our language, they’d be saying “come on already, what’s taking so long, I want to start running, I’m excited and I can’t wait to pull this sled!” They get instantly excited once they know they’re going to start pulling soon. Every time we stopped for a break, they hated it. All they wanted to do was run and pull. They didn’t want to take any breaks at all.

Pulling sleds is in their blood. They already know what to do from a young age and start craving it early on. The guide told me it only takes two generations of not dog-sledding before they lose the urge of wanting to pull but that it still doesn’t take them long to teach them. The husky’s in the US are too far removed from their ancestistors to have any urges to pull but again would not take them long to learn it.

The husky’s get bored sledding down the same path too and always need something new. After about two times going down the same path in any given day, they need to change direction and try new routes out on the field. Often they have to create routes they’ve never been on to keep things interesting for them.

When any of the dogs gets too old to pull any longer, they retire in the same park and just hang out with the rest of the dogs. They’re usually too tired to pull but sometimes they get back in the mood and howl that their ready for at least one more go at it.

The scenery was something I’ve never seen before in my life. Nearly everything was completely white. I had a hard time taking pictures with so much bright white colors. The husky’s moved fast too so I had to be quick with the camera. I also had a GoPro attached to my head so in a later article I’ll be featuring some videos too. 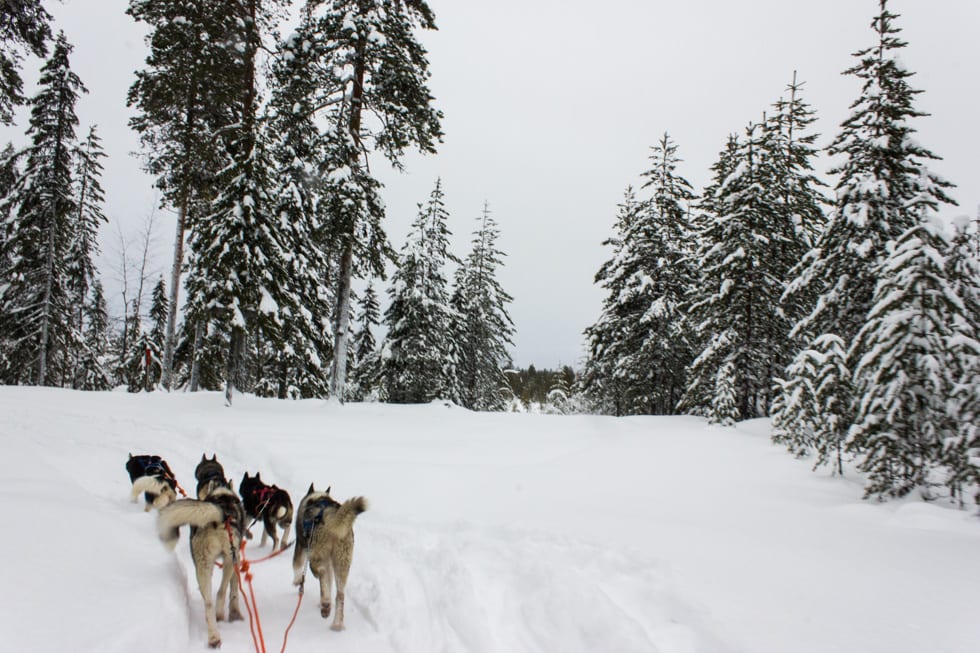 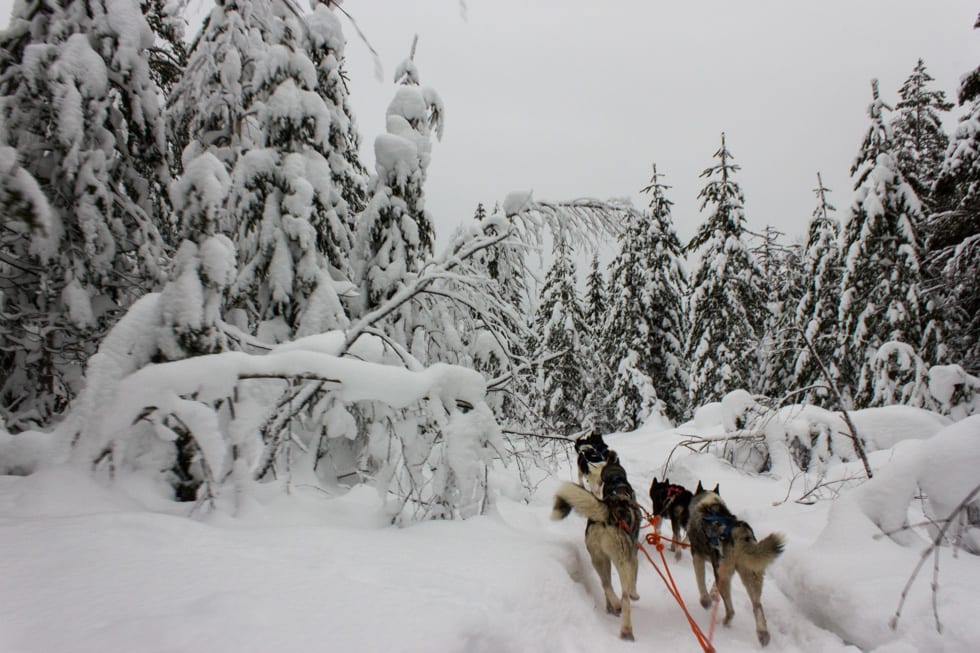 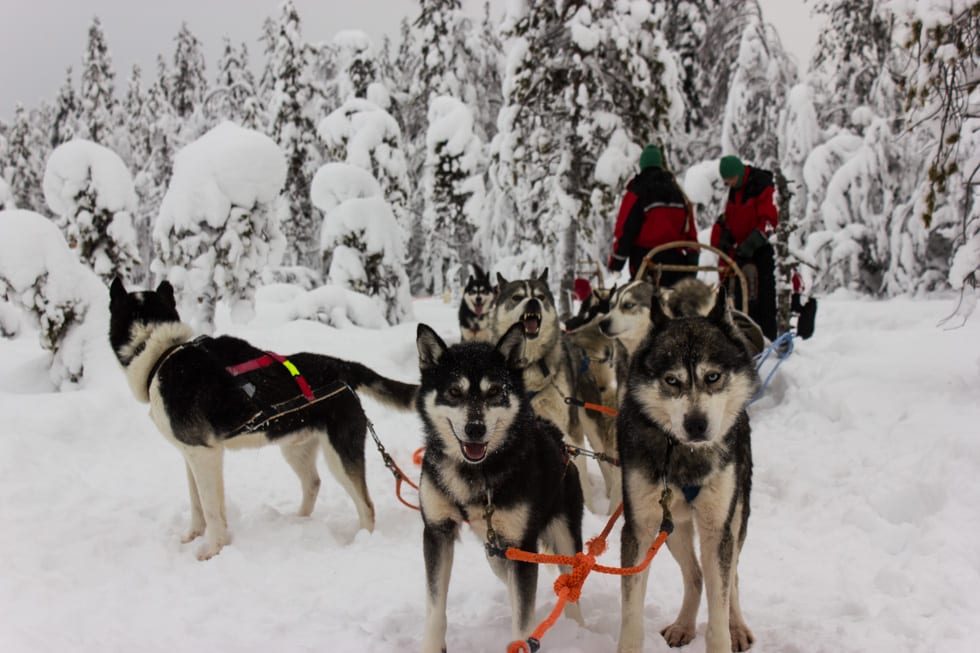 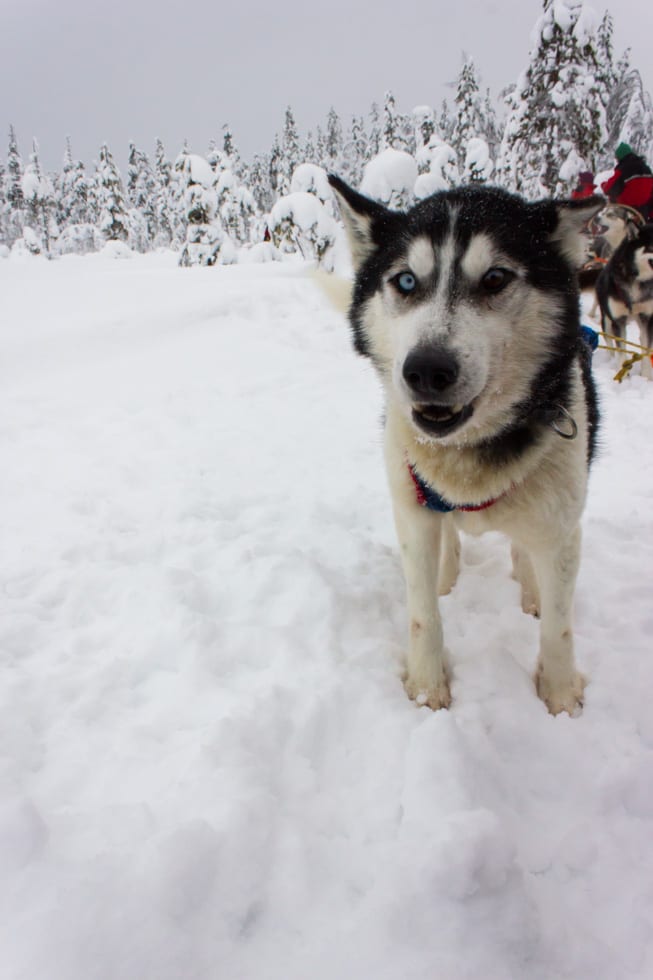 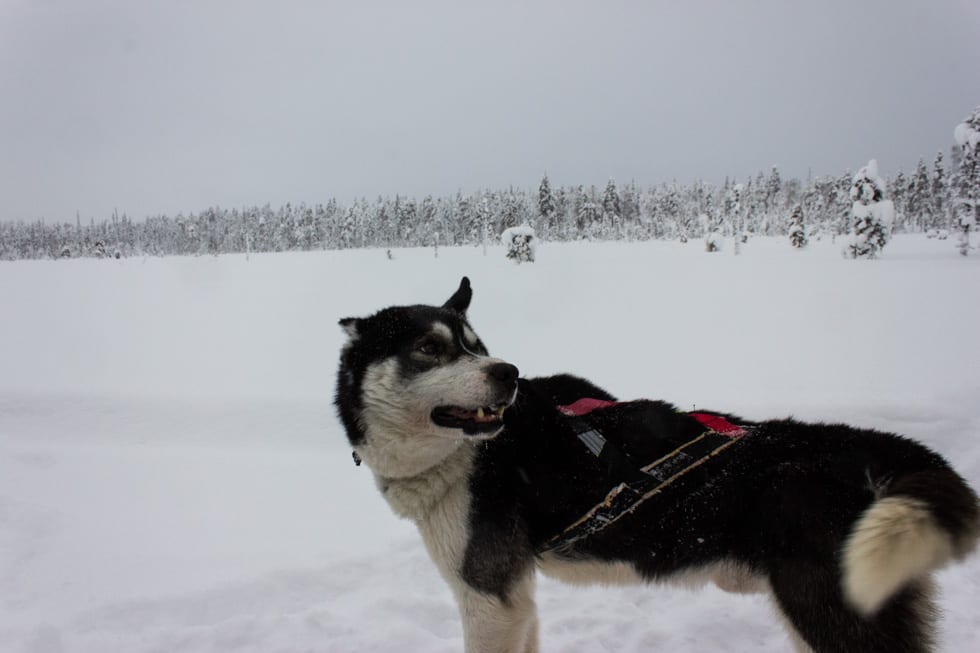 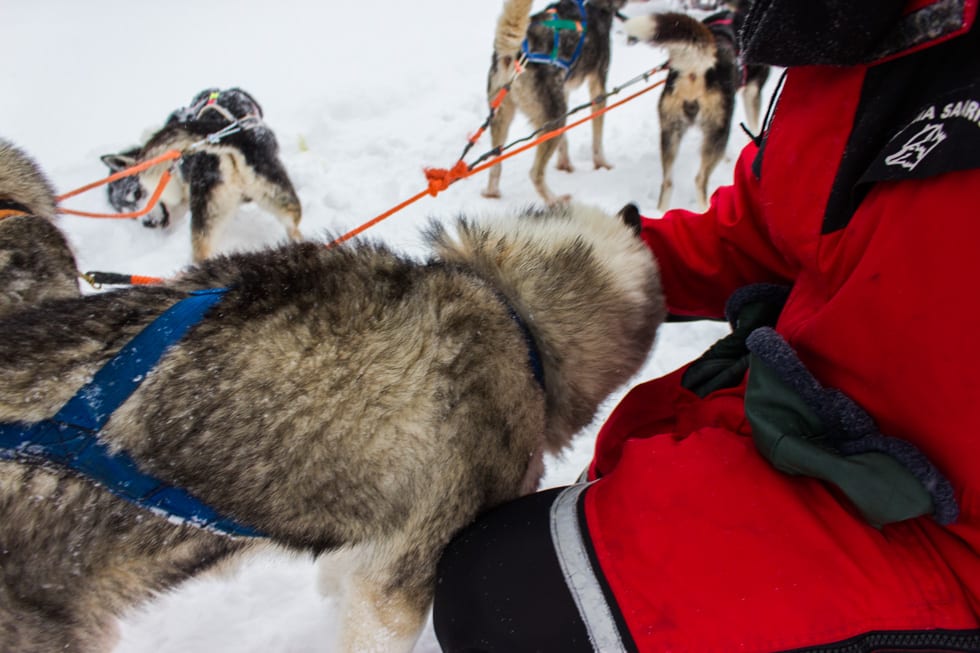 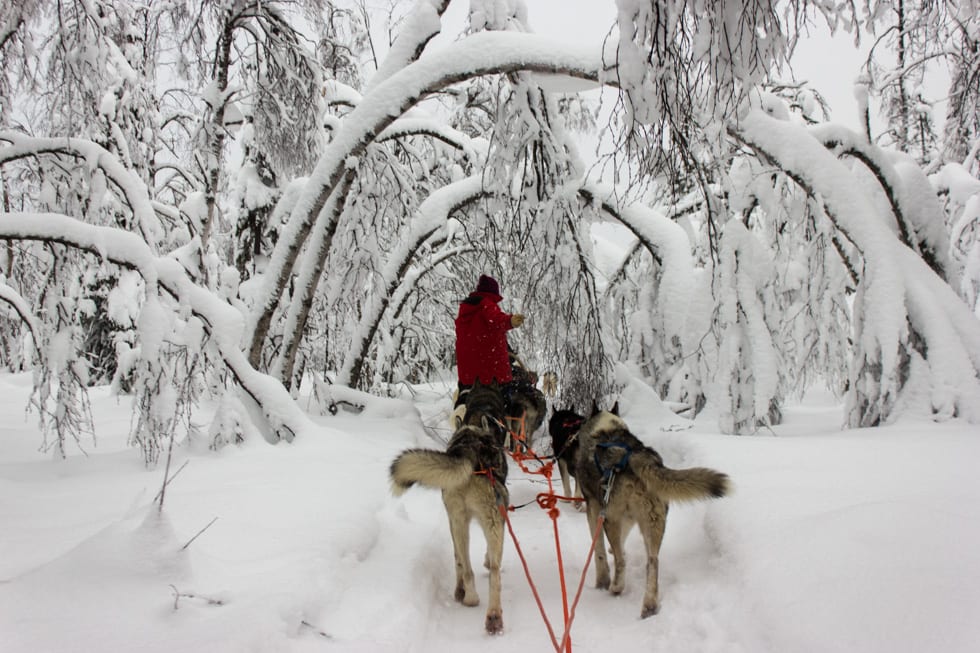 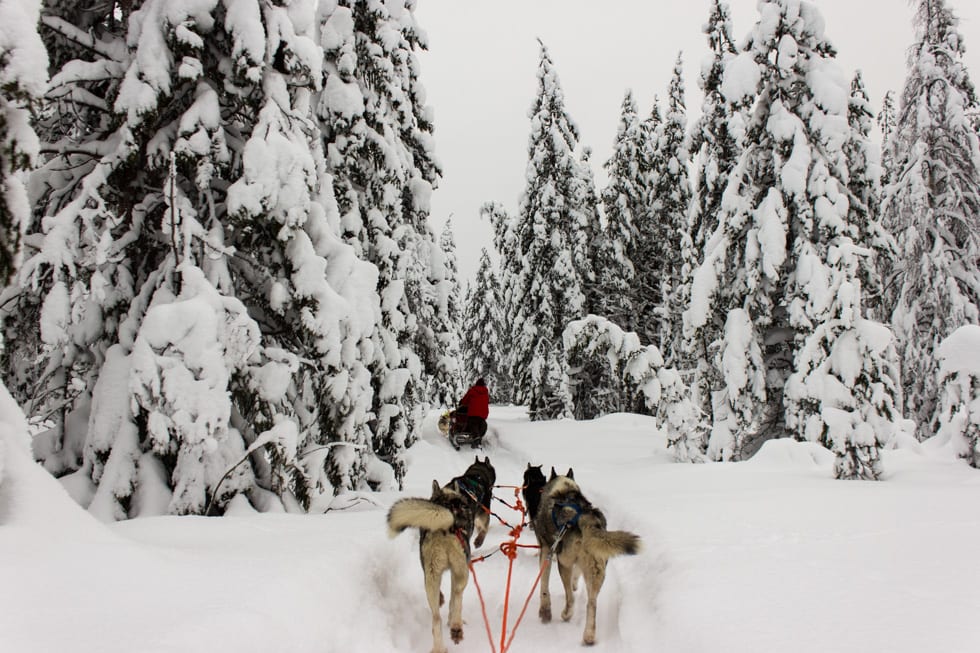 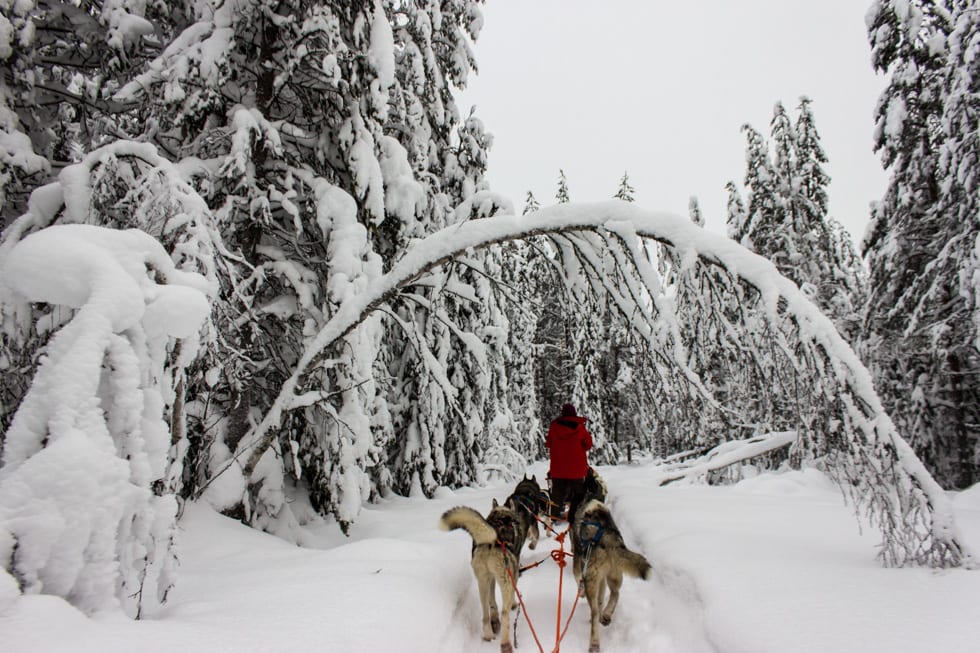 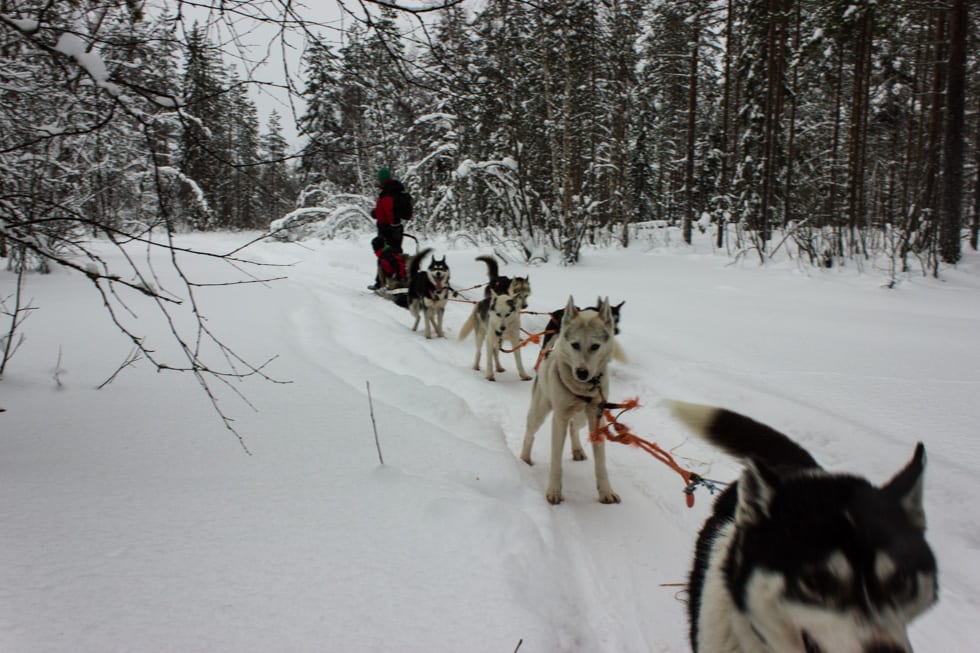 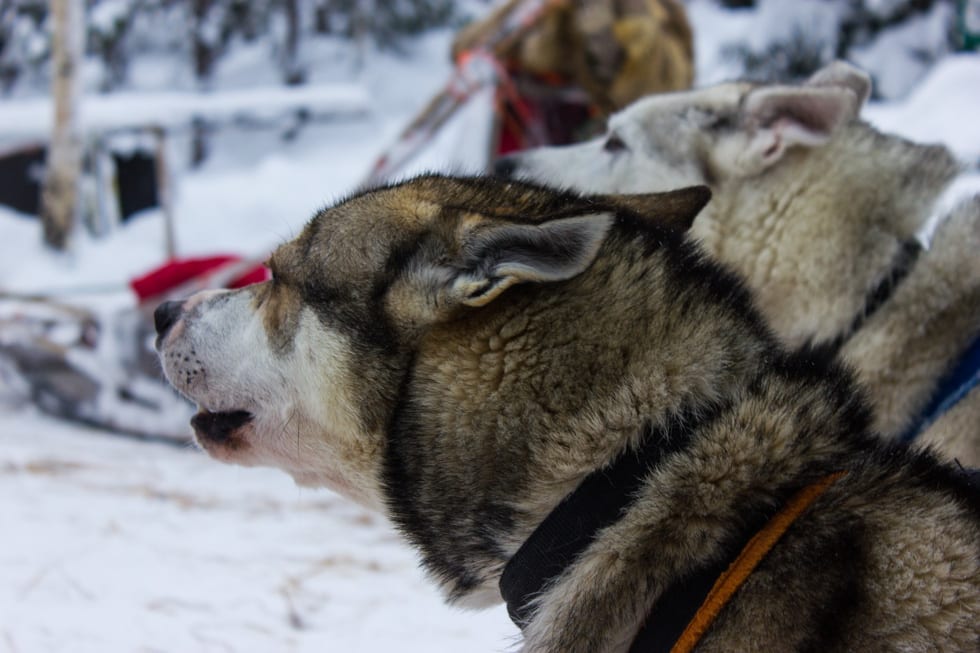 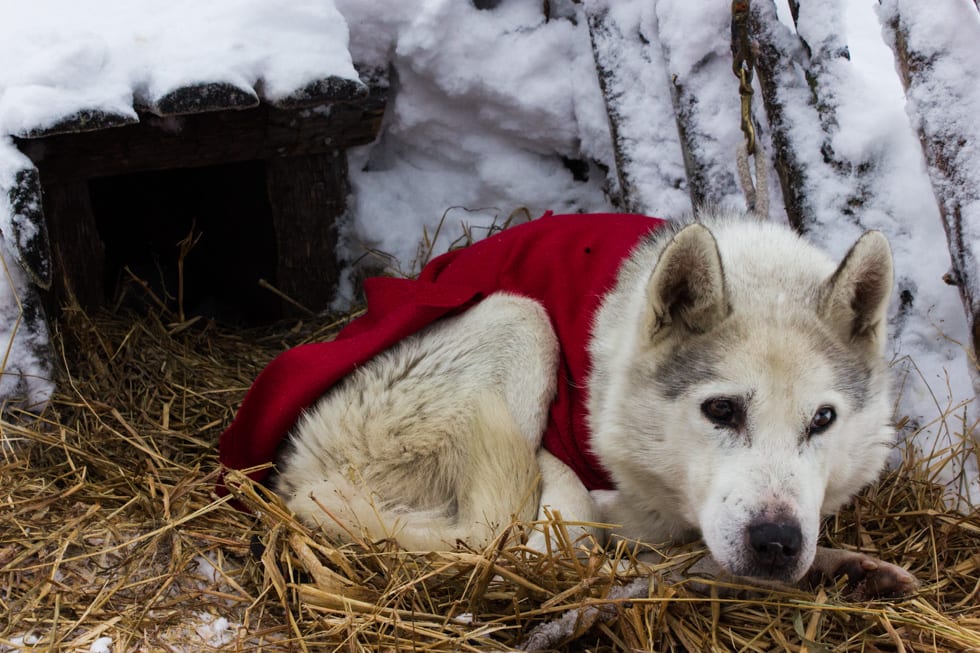 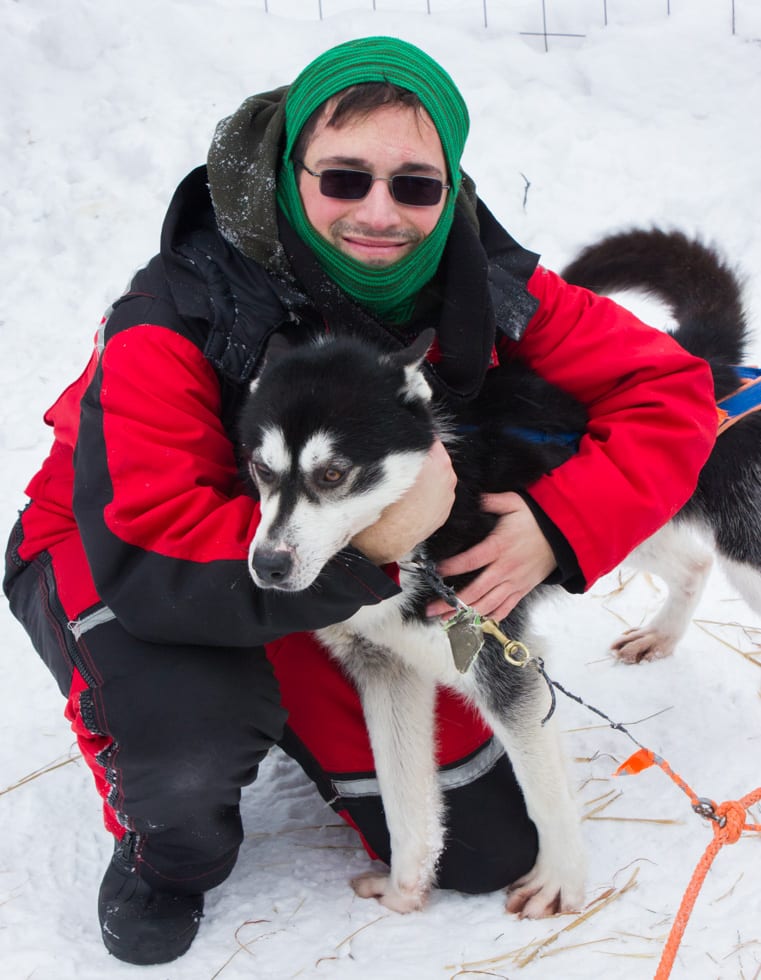 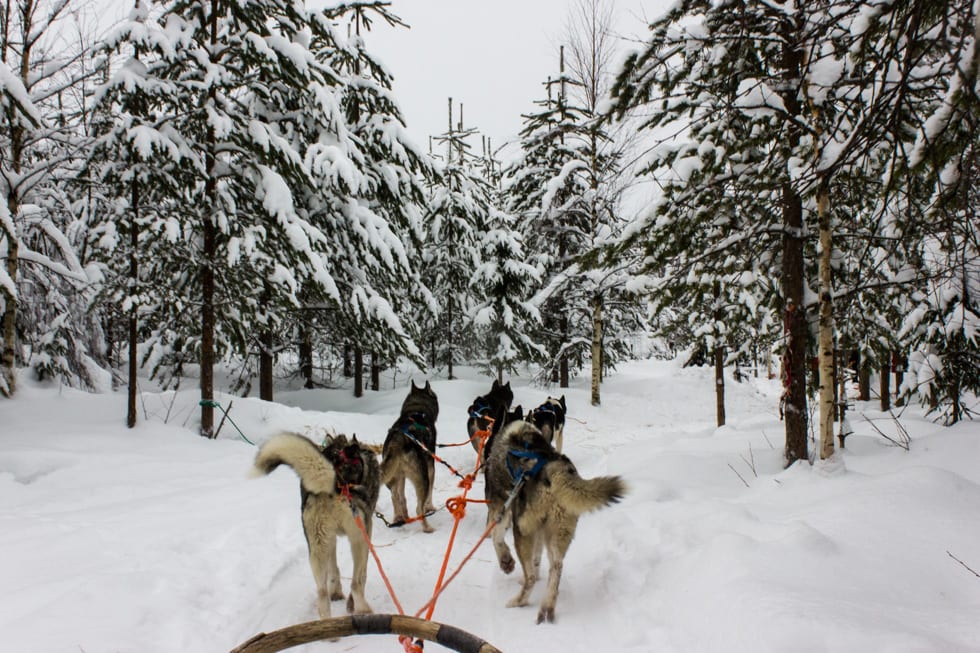 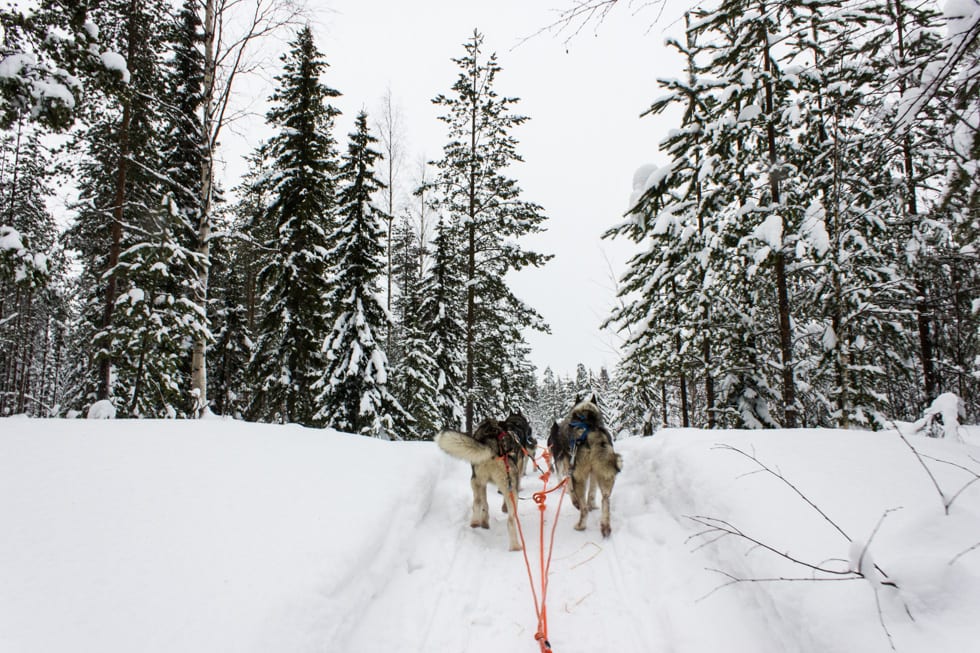 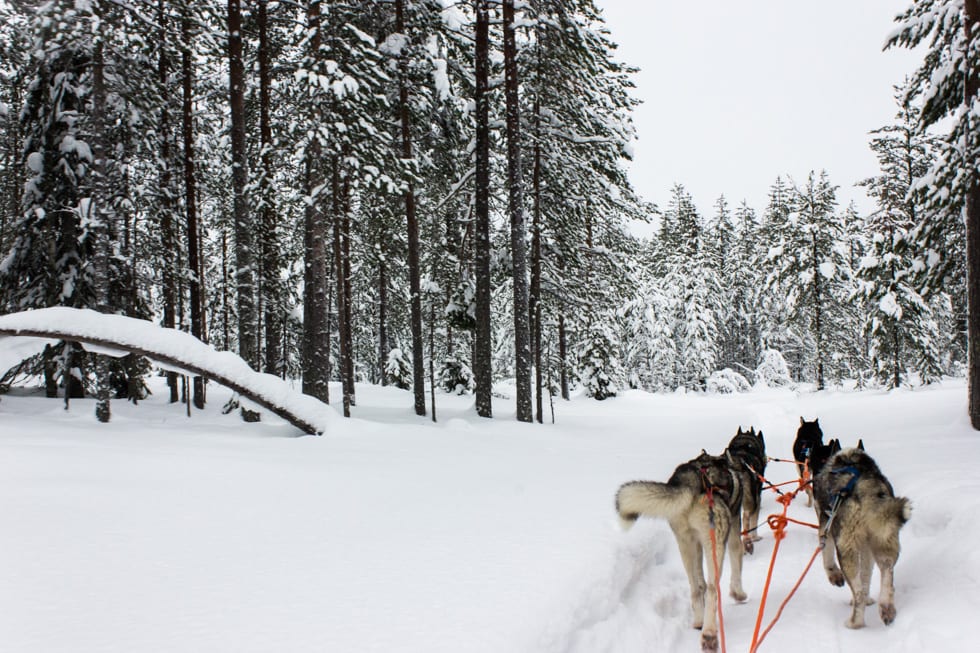 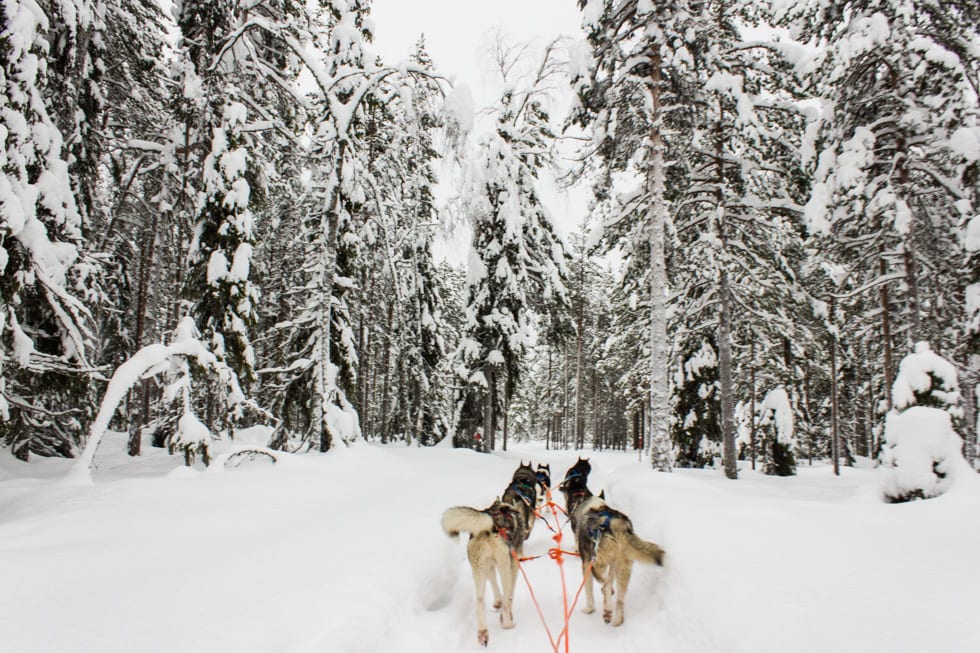 [disclosure]I was invited by Visit Finland and Visit Kemi on a press trip as part of a Navigate Media Group project. All opinions are my own.[/disclosure]