Arguably there is no experience more unique to backpacking than having to share a room with a couple having sex. Whether they are two travelers from opposite sides of the world who have just met or a boyfriend and girlfriend too cheap to spring for a private room, there is nothing more awkward than having to listen to the sounds of unbridled passion coming from the bunk bed next to yours.

Remarkably, I had made it for six months of travelling without having to experience anything of the sort. This is not to say that the dorm rooms I’ve slept in have been free of any sexual activity but rather, I had been lucky enough to sleep through most nighttime disturbances. When I have been aware of dorm room sex, it has usually been brought to my attention the following day by someone else in the room unfortunate enough to have been awake for it.

However, my luck ran out last New Years’ Eve when I was staying at a party hostel in Bolivia. Coincidently, I bumped into a girl from high school who was also staying at the hostel and she introduced me to her friend, Dylan, who was travelling with her. I wasn’t sure how I felt about Dylan but he seemed interested in me and after a while, I suggested leaving the overcrowded bar to sit in a dorm where it was quieter. 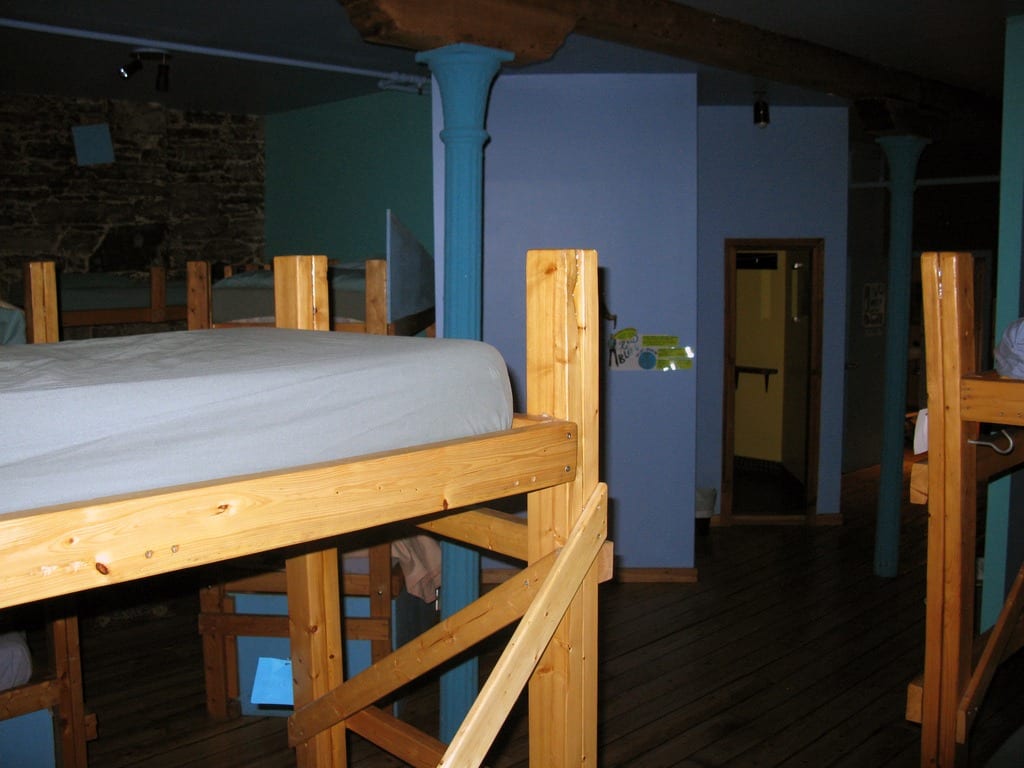 We went back to talking normally, assuming that the couple would have left upon realising our presence in the room. I got up to turn the light back on which was when I realised they had not left at all. They were in the furthest bed in the corner having sex.

Two guys came into the room and turned the light on. I was equally disturbed and overcome with laughter. The two guys had their backs faced to the couple and they asked me why I was laughing which only made me laugh even harder. Perhaps the couple finally realized that they had company because they stopped for a few minutes before starting up again.

I had always thought it would be amusing to watch a couple having sex but it was actually more disturbing than hilarious. I could make out the distinct thrusts of the guy’s buttocks from under the blanket, hear the girl’s soft moans.

I hoped that the sounds of our voices would be enough to make them stop but even talking about them loudly wasn’t enough of a deterrent. After twenty minutes of trying of pretend they weren’t in the room, I had enough and went to bed.

Admittedly, I have been guilty of having (quiet) sex in dorms with other people present but after the experience of being the third party, it has made me think twice about it. There are a multitude of places in hostels where you can go should you find a willing partner; showers; kitchens, terraces, TV rooms. At night, these places are perfect as it is unlikely that you will be disturbed by someone wanting to use them.

What are your thoughts on dorm room sex? Have you ever done it or had to sit through it?

19 thoughts on “The Dorm Room Sex You’re Not Having”