When I first told people I was going to Bosnia for a month, there were a lot of raised eyebrows. “Bosnia? Why Bosnia?”, “Isn’t it dangerous?”, “Wasn’t there a war there?” and “I hear there are land mines.” I got that a lot.

Reading articles about people accidentally triggering land mines, land mines washing up in suburbs during the 2014 floods, or even this World Nomads travel warning had me thinking, ‘Holy crap, is this safe?’

Friends who had visited Bosnia reassured me I had nothing to worry about, but even my Dad joked that if I was driving on a highway in Bosnia and stopped to pee, I shouldn’t leave the car.  So how safe is hiking and driving in Bosnia?

It turns out, there is a lot more paranoia than fact surrounding the discussion of land mines in Bosnia and what they mean for travellers. While land mines are definitely a real thing, they shouldn’t stop you from exploring. Let me tell you why.

Bosnia is a wonderful place for travellers. Not only is the currency exchange extremely favourable and the people warm and friendly, but the climates and landscape are diverse. Mediterranean beaches and coastline turn into the Dinaric Alps mountain range, which then gives way to deciduous forests of spruce, oak, beech and silver fir. For hikers, it’s a real treat.

That sounds pretty nice. So, what’s up with these land mines?

Land mines are a legacy of the Bosnian War. Between 1992­-1995 there was a huge, ugly, ethnic war fought in Bosnia during the breakup of Yugoslavia. Over 100,000 people died and millions were displaced. During the war, both sides buried land mines.

After the war, around 2 million land mines and explosives were left scattered across the country. Most affected are former front lines, like Sarajevo. Since the war, NGOs have been demining the country. Bosnia had set a goal to finish demining by 2019, but in May the Bosnia Herzegovina Mine Action Centre said that lack of funds meant it would probably take until 2025.

Is it safe for travelers, especially for those driving in Bosnia?

Yes. Yes. Emphatically, yes. Here’s the thing: land mines in Bosnia pose no threat to tourists who are hiking on marked, official trails or driving on marked roads. Those areas have all been cleared or never had land mines in the first place.

To back me up, I want to introduce you to Maggie Cormack. I met Maggie over beers at Galerija Boris Smoje in Sarajevo. She’s an American who’s lived in Sarajevo for a year and a half.

Maggie works for Terra Dinarica, an NGO that focuses on sustainable tourism development and local economic growth. Their big project has been working on the Via Dinarica ­ a mega hiking trail that passes through seven Balkan countries.

When Maggie arrived in Bosnia, she headed for the hills, “I’m the kind of person who’s already outdoorsy and always hiking, plus I have a Labrador Retriever so I wanted to take her on hikes.” says Maggie, “My first real hike was this epic 14­mile hike to Lukomir village.”

Lukomir is the most remote and highest altitude village in Bosnia. I saw it too, only I did it as a road trip. The only thing we had to worry about was our Google Maps failing.

“After that, I just got more and more interested in the nature of Bosnia. My friends and I always say Lord of the Rings should have been filmed here. It looks like Middle Earth,” says Maggie.

Maggie did mandatory mine awareness training at the American embassy when she arrived for an internship in 2015. “It’s definitely important to teach people about this, but I think — especially for internationals, they try to make you paranoid. Probably just to avoid trouble, of course… As I stayed here longer, I made more Bosnian friends and started going on hikes and realized that the areas that still have land mines are really well­marked. The only times there’s trouble is when people decide to go off­trail or have lived here too long and don’t really worry about it. The actual hiking trails are totally safe, especially Via Dinarica. It makes large skirts around the areas that have potential land mines.”

Areas that are dangerous are marked with a red sign with a skull and crossbones on it. They can also be marked by a red ribbon, or a stick painted red or with a red rope tied on to it.  If you are hiking or driving in Bosnia just pay attention to signs, stick to marked trails and roads, trust local advice and never go anywhere you’re uncomfortable with.

It’s also good to have a cell phone with a Bosnian SIM card and the number of the local mountaineering association or club in the area. Here’s the Sarajevo Mountain Rescue Service.

If you get in any sort of trouble, they’re the best ones to call.

Okay, so where should I go?

If you are driving in Bosnia, I recommend the road trip to Lukomir, walking through the Trebević mountains, or driving to Mostar via Jablanica while following the Neretva river. Some of Maggie’s favourites are the highway to Montenegro via the Sutjeska National Park or hiking directly from Sarajevo to a guest house called Vukov Konak in the surrounding mountains.

The best part about leaving the city is that you meet totally different people than those living in cities. 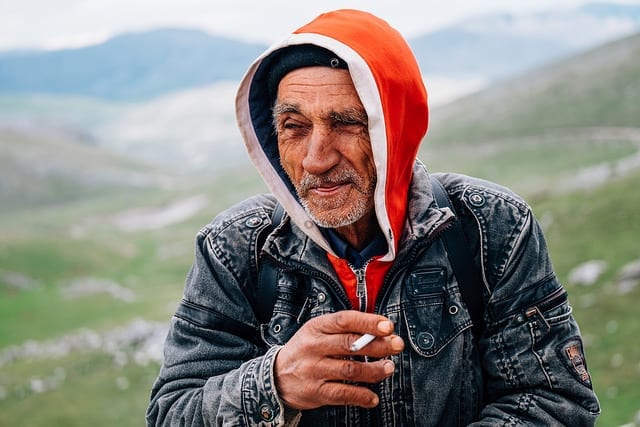 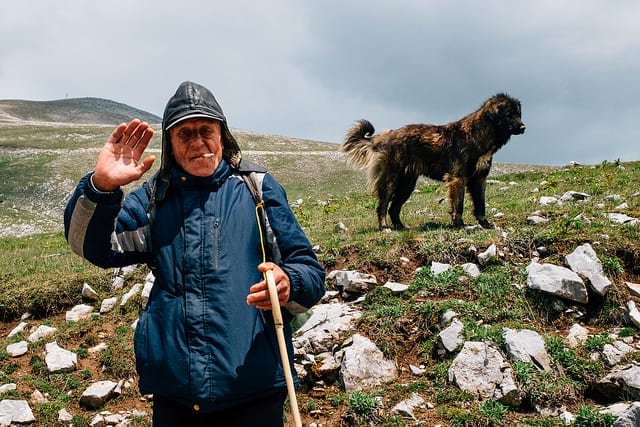 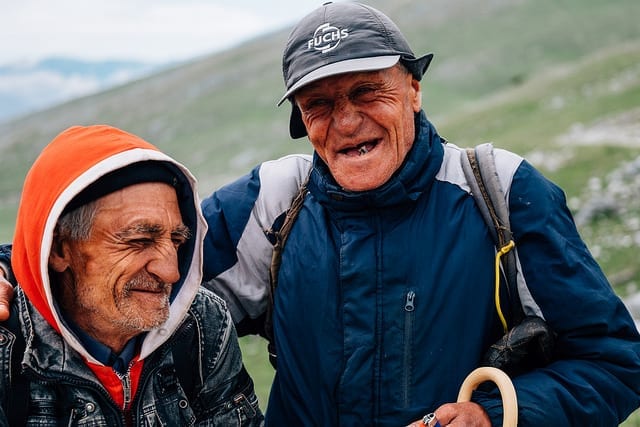 If I still haven’t convinced you that hiking and driving in Bosnia is safe and worth it, maybe these photos of the most amazing sunrise I’ve ever seen can. 100% worth it and no land mines in sight. 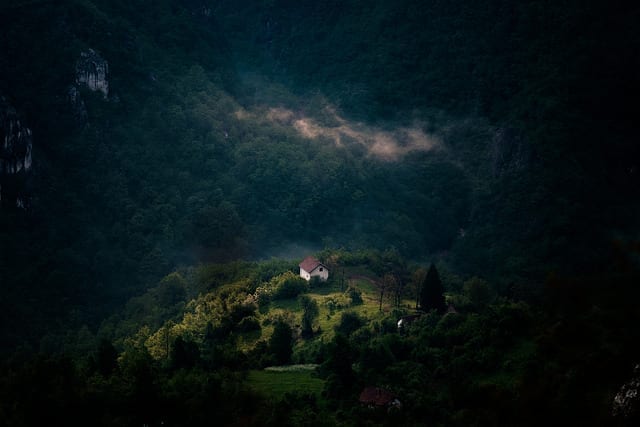 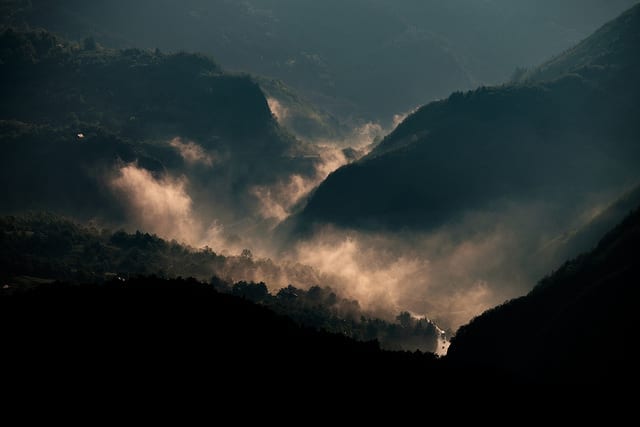 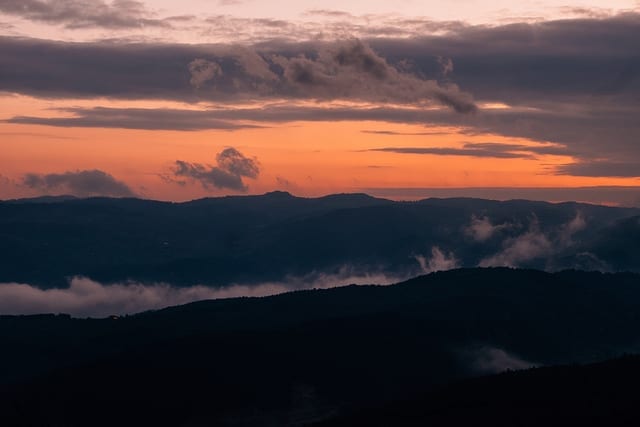 Thanks so much to Steph Yoder and Twenty­-Something Travel for letting me write this guest post. If you want to follow more of my adventures, check out: Mel Had Tea or visit my Instagram for daily stories. I’m a tea and travel blogger from Canada’s east coast and in October I’ll be exploring the Philippines!

Curious About Travel in Bosnia and Herzegovina?  Read More Here

The Forgotten City of Sarajevo

Mostar From the Ruins

Herzegovina: The Flip Side of Bosnia

The Cheapest Places I Have Visited 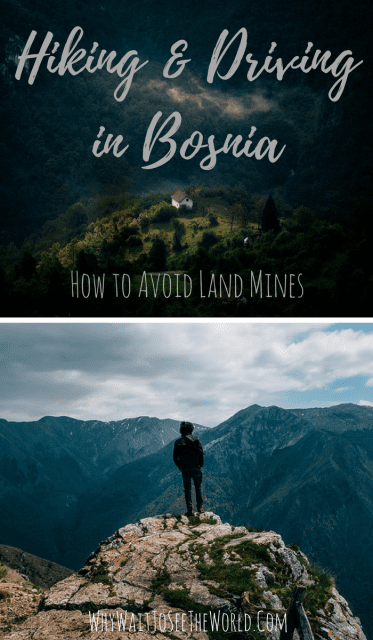 Mel Hattie is a tea & travel writer from Canada's east coast. She appreciates a good cup of tea and extra legroom on long flights. @melhadtea She blogs about tea and travel at Mel Had Tea.

8 thoughts on “Hiking and Driving in Bosnia: How to Avoid Land Mines”