When I went to Dublin it rained cats and dogs. I came away with not the greatest impression of the place, but my friend Colm, who works for Hostelworld is trying to convince me otherwise.

There’s a phrase you hear in Ireland every time the sun comes out. It’s a bit of a cliché at this stage. It goes as follows…”When the sun is shining, Ireland really is the most beautiful place in the world”. While it grates on me some times, I have to admit I’ve said it myself on occasion, because it’s true. Ireland really is stunning when the sun decides to show its face.

Sadly, it doesn’t come out to play too often. But two weeks ago temperatures soared and the entire country basked in glorious sunshine. Some places were even hotter than Madrid – something which almost never happens in the month of May. When it does though, we have to make the most of it and embrace the great outdoors.

Choosing where to celebrate the good weather presents one with something of a conundrum. Living on the east coast, I’ve a lot of nice places to choose from. I can stay close to home and visit a place called Clogher Head for a breathtaking coastal walk, I can travel north to Carlingford and relax along the shores of its lake, or I travel that little bit further to a part of the country called Glendalough (Glen of the Two Lakes) in County Wicklow. On this occasion I decided to stay close to the city where I work and play, Dublin. 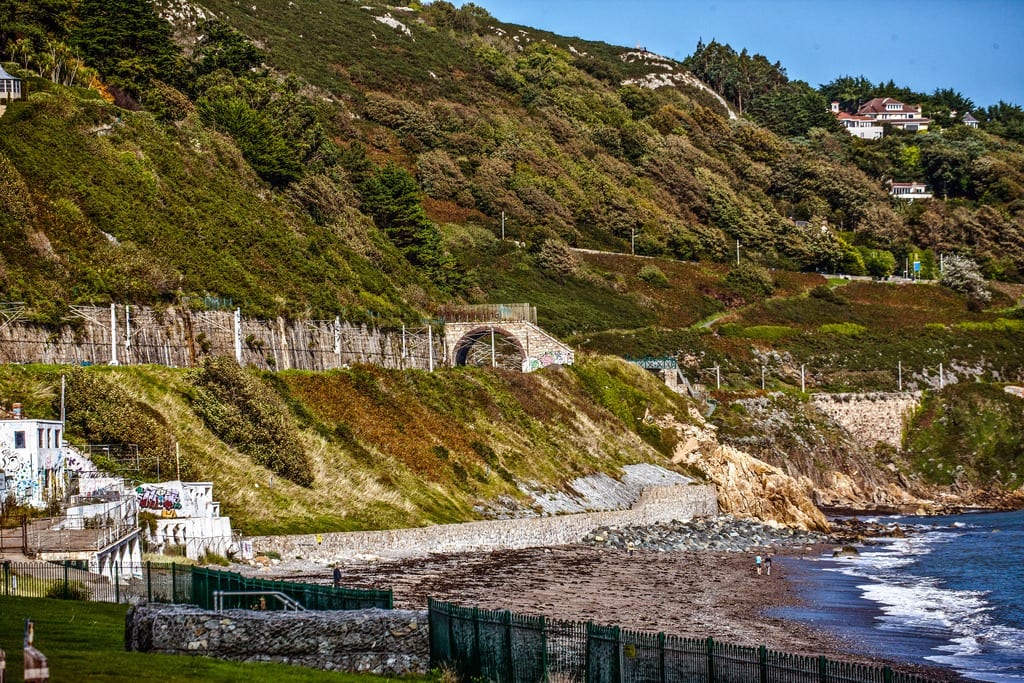 Two such neighbourhoods are Dalkey and Killiney in south County Dublin. Easily accessible thanks to the Dublin Area Rapid Transit – a light rail network better known as the DART, they are quite affluent parts of the city. Bono (yes, that Bono) resides in Dalkey. I practically sat beside him in one of the village’s restaurants before, but that’s another story.

Connecting the two villages is a road known as Vico Road. Spanning approximately three kilometres, its home to some of the type of houses you aspire to retiring in. Picture mansions built into the side of a cliff, overlooking the sea and boasting immaculate lawns, tennis courts and endless opportunities to sit back, relax and think ‘life is good’.

Starting in Dalkey Village at an extremely well-known strip of houses called Sorrento Terrace, it was Vico Road that I decided to take advantage of our recent blue skies. The walk isn’t the most strenuous one in the world, not that I’m lazy of course, it’s got spectacular scenery, while there’s even a beach along the way to enjoy some sunshine. The reason the aforementioned Sorrento Terrace is so well known is due to some famous residents. 90s pop singer Lisa Stansfield (remember her?) lives there, as does movie director Neil Jordan. Jack Nicholson reportedly tried to buy a house there once upon a time also.

It was this coastal walk that day that triggered thoughts of the cliché I mentioned earlier. At each point that overlooked the Irish Sea and further to County Wicklow, I stopped to appreciate the fact that this was on my doorstep. I also lay in the sun for two hours at White Rock Beach, the beach I mentioned earlier. Here the words ‘Sure who needs Spain?’ echoed around the waters.

I’ve done this walk many times. Each time I do it I enjoy more than the last. You should do it also if you’re planning a trip to Dublin. The best way to go about doing it is by taking a DART from Dublin city centre, then alighting at Dalkey. From here ask any of the locals which is the way to Sorrento Terrace. Walk to the terrace, take the left immediately after it and keep on walking. After walking by the beach and by Bono’s house which is guarded by a gate decorated with writing that my friend described as ‘some fucked up shit that Bono wrote and only Bono understands’, you’ll eventually find yourself at another beach – Killiney Beach. Not as picturesque as White Rock Beach, it’s still a nice end to a great way to spend two hours. Here you’ll Killiney DART station.

Here you’re presented with two choices – you can take the DART back to the city centre, or instead back to Dalkey. I recommend the latter. It’s a lovely village unlike any other in the city, it’s got some great bars and restaurants there, and did I mention that you might see Bono there?

Colm Hanratty is Editor of Hostelworld.com. Home to the best selection of hostels online, it’s also where you’ll find award-winning videos, free downloadable city guides and more. You can keep up to date with them on facebook, twitter, and their blog too.

8 thoughts on “Dublin When It’s Sunny”