Unlike many of its big Asian-city counterparts, Taipei is not one of the cities where you typically find heaps of English speakers traveling around.  While Taiwan is definitely working to promote tourism in non-Asian countries, there are still times we can go weeks without ever hearing someone speak English.

Living in Taipei and interacting with the local community has been one of the most rewarding experiences, but every once in a great while – after nearly three years of living here – I’ve gotten homesick for the neighborhood joints and dive bars I left behind in California and Las Vegas. 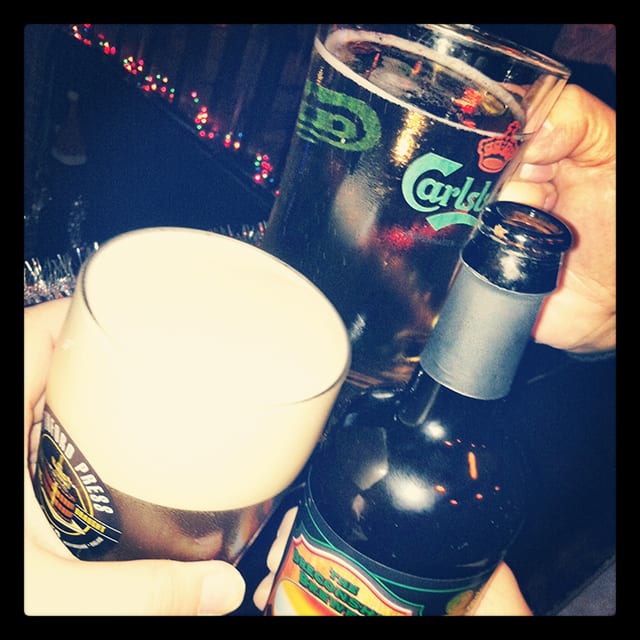 As Taipei is so large, the expat community is quite spread out, so there isn’t necessarily one general area where people hang out.  Each district in the city has spots that have become favorites among the local expat community.

One of my favorite spots to hit in Taipei is “On Tap”. It’s an English pub of sorts, offering a myriad of bar food and drinks.  With its London Underground theme, On Tap is the one of the best bars in town if you are hoping to connect with other expats or English-speaking travelers, or catch a game.  And if you happen to be traveling during a major western holiday, On Tap usually hosts special events on Thanksgiving, Christmas, etc. 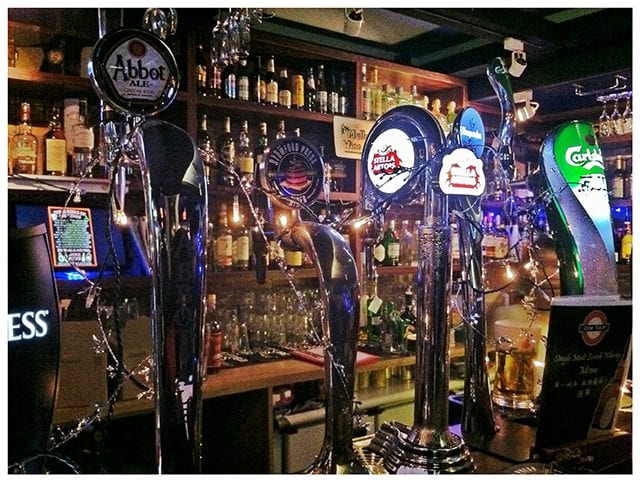 Week Night Events at On Tap

Every day of the week changes, but On Top offers a Ladies’ Night (Friday), a Lads’ Night (Wednesday), Two for One Pasta Night (Tuesday) and more.  These events are a huge hit with locals and expats alike, so it’s not uncommon to see the same people in on multiple nights a week (I admit to being there at least three days last week alone!)

During happy hours and certain events, like Ladies’ Night or Christmas Eve, On Tap features a number of drink specials, discounts, and more.  Each Ladies’ Night features different drinks – two of the more interesting ones just before Christmas were the Hot Chocolate Kiss (Hot Chocolate with Baileys) and Blue Christmas (Curacao, pineapple juice, tequila and more). 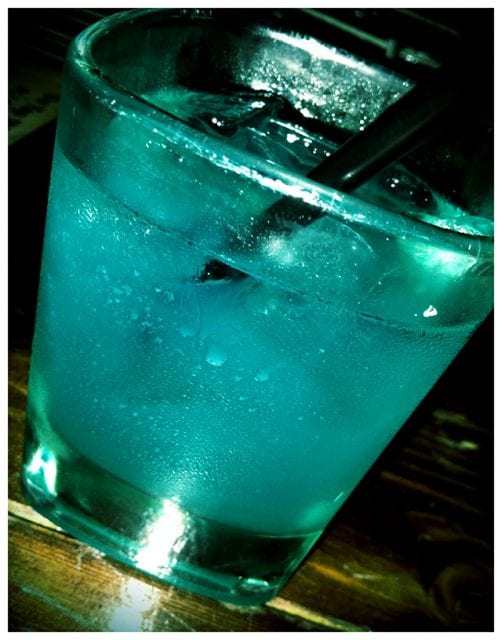 From 11pm to midnight nightly, they have Jägermeister on special, and an all day Happy Hour on weekends.

For those who love a good drink challenge, take note of On Tap’s “Train Track Challenge II”.  To date, only two people have managed to complete this in one night, a rather impressive (and crazy) feat.  There is no time limit or expiration on when you need to complete the challenge. So, if you have a few days in Taipei, or may be passing through again, and want a cool beer shirt and be one of the few train masters, this drink challenge may be right up your alley. 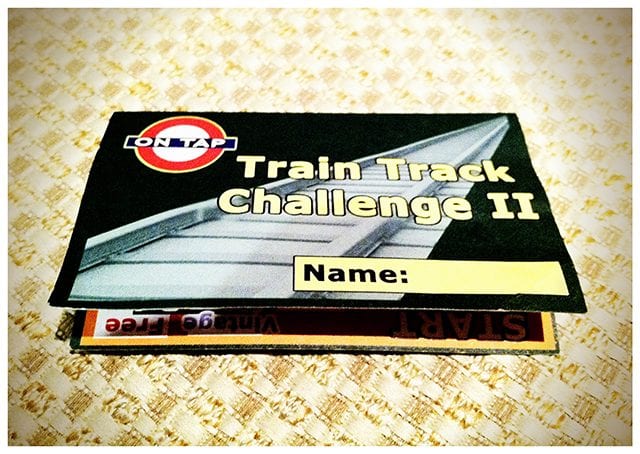 There are 26 drinks on the challenge and you must complete them in order, having your card stamped after each one.  You must finish the drink in its entirety, no passing it off to your friend!

The challenge starts off innocently enough with beers like Carlsberg, Stella, and Hoegaarden, but eventually, you move on to sweet ciders, mixed drinks, and finally a couple shots, culminating with the “Double Penetrator”.  Along the challenge, there are spots for three free drinks – you can either drink them then or pass, but no redemption at a later date. 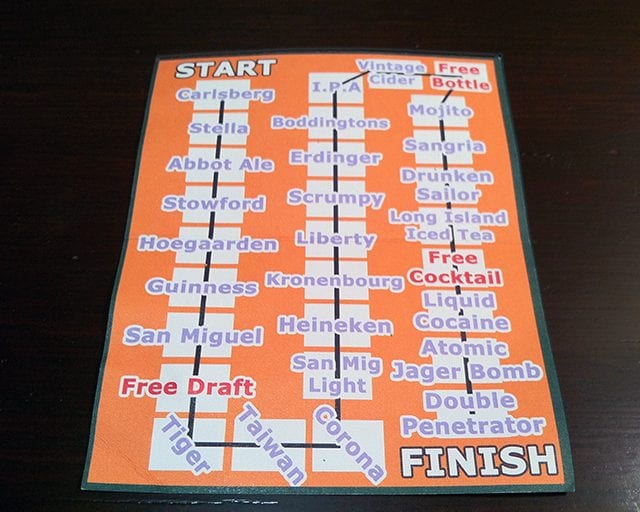 During one of our more recent conversations with Jason, one of On Tap’s owners, the number of people who had completed the Train Track Challenge (both the original and the new incarnation) was around 40 or so.

The food at On Tap is a wide range of western goodies and traditional English eats.  You can find burgers, nachos, bangers and mash, and a whole section of French fries with different sauces.  While I am typically not a big French fry person, I do rather enjoy their fries with gravy, or my new love, fries with curry sauce. 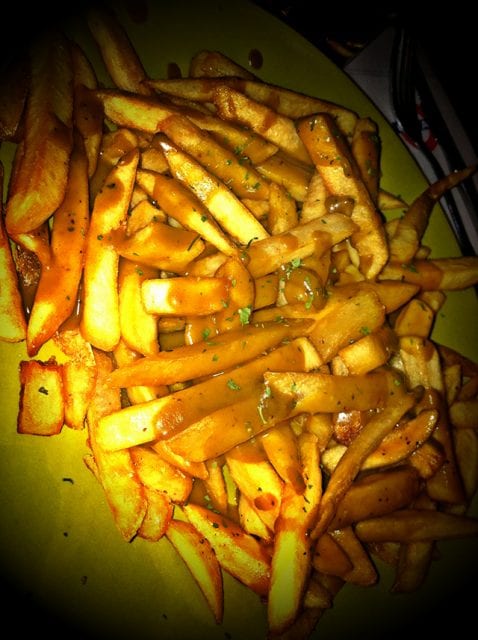 On Tap has its own local football (soccer) team and runs dart leagues in the bar as well.  If you are a fan of darts, looking to shoot a game of pool, or just wanting to catch a variety of sports on TV, this is the place.  During major matches and big games, you can find they typically alter their opening hours if possible to show the games live.

Location of On Tap

Since their recent move, On Tap offers a lot more space inside without losing its neighborhood charm.  It’s close to a number of great restaurants, including  a branch of Din Tai Fung. On Tap is also not too far from major tourist attractions like Taipei 101 or Sun Yat-Sen Memorial Hall, and it’s conveniently located amidst some of the best shopping spots in the city.

1 thought on “Expat Bars in Taiwan: On Tap Pub in Taipei”