One beautiful, sunny afternoon in Rio, I was listening to my professor drone on and on about something I didn’t understand and looking out the window when a brilliant idea popped into my head: What if I decided to jump on a bus to another city for the weekend?

As my professor’s words slowly drowned out, the thought of a weekend trip to an unfamiliar place solidified in my mind. So, as soon as class was over, I headed straight to the bus station and caught the first available bus from Rio to São Paulo. During the ride, I conversed with my seatmate, a friendly young professional named João, in Portuguese for basically the whole ride. In about 7 hours and a couple of rest stops, we arrived in the massive city of São Paulo, and thus began my love affair with bus travel in Brazil.

After my first bus trip, I traveled to various areas of Brazil by bus, including Minas Gerais, a region famous for its gold mines and cachaça, and the Northeastern cities, such as Fortaleza, Recife, and Salvador. Brazil’s widespread bus network even brought me to the remote beaches of Jericoacoara, my favorite beach in the whole country. During my travels, I took day buses, overnight buses, short buses, and long ones, too. And, as a solo female traveler, I was never once felt worried about safety or security during my travels.

Throughout college, I have also done my fair share of bus travel in the United States, spanning areas ranging from New York to Texas. Buses are an affordable, efficient, and relatively painless way to get around, especially as a young traveler. Because the schedules can sometimes be overwhelming to navigate, I have learned to search online before taking a bus anywhere. Bus scheduling sites like Busbud make the process of booking tickets and planning your trip a lot easier. In the past, I have found bus tickets between cities here in Texas for $20 or less – a small price to pay when flights to the same city are well over $100. On top of that, bus travel affords passengers a way to see the surrounding landscape and terrain, offering hours of entertainment for the contemplative types of travelers. The bottom line is that you can basically get anywhere you want in North America by bus, and it’s usually much less expensive than flying.

Through my travels all over Brazil, I learned that each city and region has its own personality and character. In the early spring, all of the major cities and a lot of the smaller ones host world-famous Carnaval celebrations. Carnaval in Brazil is a 5-day celebration that starts about 51 days before Easter and ends on Ash Wednesday (before the start of Lent). These days feature traditional Brazilian costumes, music, and dances, celebrating and reinforcing the rich cultural heritage and lively spirit of the country.

Although one of the most famous festivals occurs in Rio de Janeiro, a lot of other unique celebrations occur in Recife, Salvador, São Paulo, Ouro Preto, and other regions around the country. If you’re looking for something different, definitely consider visiting one of Brazil’s other famous cities for a completely unique experience. I’ve visited all of these cities and they each have an eclectic offering of traditions and culture to add to the mix. If you’re trying to figure out which Carnaval in Brazil is for you, here’s a breakdown of what you can expect from some of Brazil’s finest.

Rio’s Carnaval celebration is one of the most famous in the world and lends itself to giant, elaborate costumes and lavish party groups known as blocos. There is a typically a huge parade put on by the local samba schools where dancers and musicians parade through the streets and offer dazzling, over-the-top dance displays for thousands of spectators. Often, these musical routines are part of competitions that end up with an overall winner for the year. 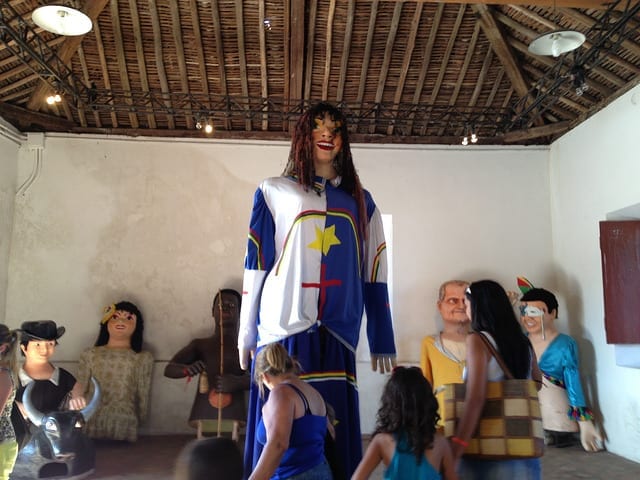 In Recife, the Carnaval celebrations are very music-centric, with emphasis on styles like the African-influenced maracatú. The celebration in Olinda also has a part of the parade dedicated to giant dolls, which are manned by internal puppeteers. I got to see these massive dolls in their preparation stages and they were like nothing like I’ve ever seen before. The drum groups practice year-round on the streets and play side-by-side during the Carnaval festivities. 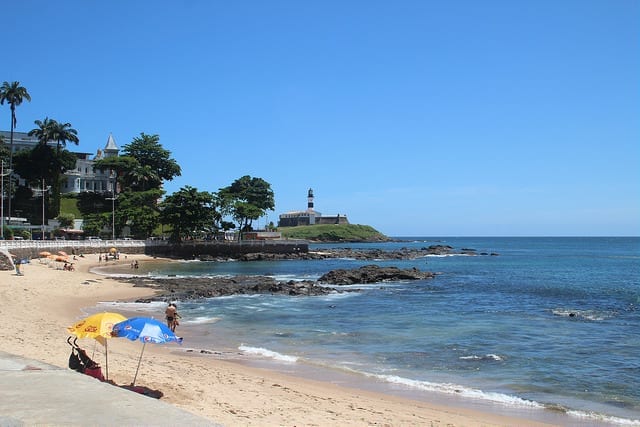 Salvador’s Carnaval equips a completely different style. Instead of focusing just on samba, they incorporate a wide variety of music genres, some of which stem from the region’s heavy African influence. Instead of focusing on samba schools and blocos like Rio’s celebration, Bahians in Salvador mainly use the “Trio Elétrico,” or trucks with huge speakers blasting out these different styles of music. Spectators will typically follow these trucks around the city during the parades. 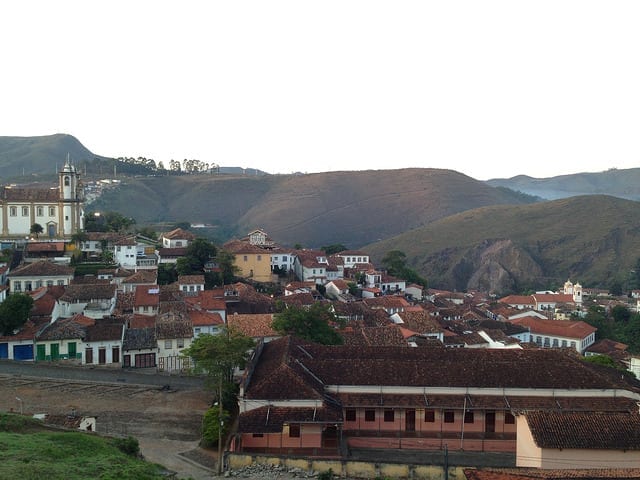 The cobblestoned, quaint streets of Ouro Preto don’t seem like they’d be conducive to a huge party but think again. One of the biggest celebrations occurs here for Carnaval in Brazil, and it is comprised mostly of young adults and university students. Loud music and parades fill the area, but it is a bit less formal than others due to the hilly nature of the streets (so cars and other vehicles can’t pass through).

The Carnaval of São Paulo is also one centered around samba schools and blocos. Each samba school dresses up based on a pre-chosen theme, and they choreograph their dances and music accordingly. They, like Rio, have a competition to determine the winner each year.

How To Plan Your Travel for Carnaval in Brazil

So, you’ve decided which Carnaval in Brazil best suits you…now what? If you’re looking to plan your trip by bus, you’re in luck – it’s a fairly easy process.

Before you decide to jump on a bus somewhere, it’s a good idea to check the bus schedules, especially in the event of bad weather or heavy traffic. Going straight to the bus terminal for information is okay, but you might get caught waiting for a long while for a bus or in line if you don’t check the schedule beforehand. Plus, there are a ton of bus companies to choose from and the dozens of options can be overwhelming. Like I mentioned earlier, Busbud is an awesome resource you can use to plan and book your bus tickets and check schedules for various South American destinations so that you don’t have to wait around for hours and fight crowds at the bus station. Booking in advance can also secure you a seat in the event that a bus is particularly crowded.

Another important aspect to consider in your planning is safety. I would recommend packing as lightly as possible to avoid putting a lot of things in the cargo hold and taking up a lot of space. Though buses are usually quite safe for travelers, it’s important to keep all of your valuable belongings with you inside the bus, rather than storing them underneath. This way, you’ll always know where your most important things are in the event of a bag mix-up or theft.

You should also always trust your gut when traveling by bus. Keep in mind that Carnaval in Brazil is a very busy time of year and there will be thousands of people traveling at any given time. Most people are inter-city travelers just like you, but occasionally there are people who enter buses to try and steal from others. If something feels uncanny or unsafe, be sure to keep your belongings close and notify security personnel. At the very least, you can always catch the next available bus.

Overall, bus travel is, in my opinion, one of the best ways to get around Brazil, and should definitely be on your radar if you’re looking for a great budget travel option for Carnaval in Brazil. You might even make some new Brazilians friends along the way! 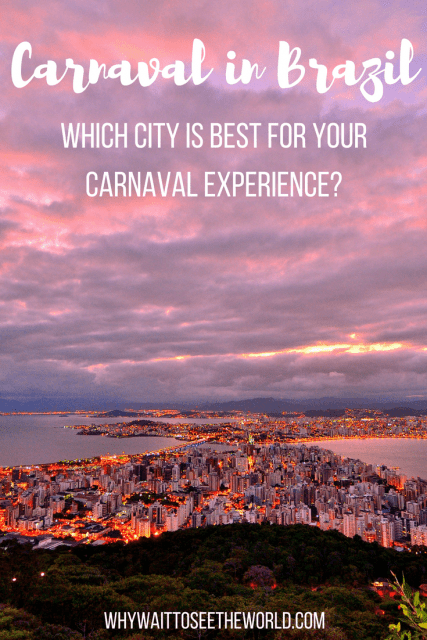 3 thoughts on “How to Explore Carnaval in Brazil”