No matter what, women have to be on guard in Cairo. Your brain is on every minute of every day in order to keep yourself safe. It’s exhausting, but not unlike some other places I’ve traveled to.

As a confident traveler, I got cocky and assumed that as long as I was alert in Cairo, traveling as a woman wouldn’t be that different from anywhere else.

I guess I was wrong. 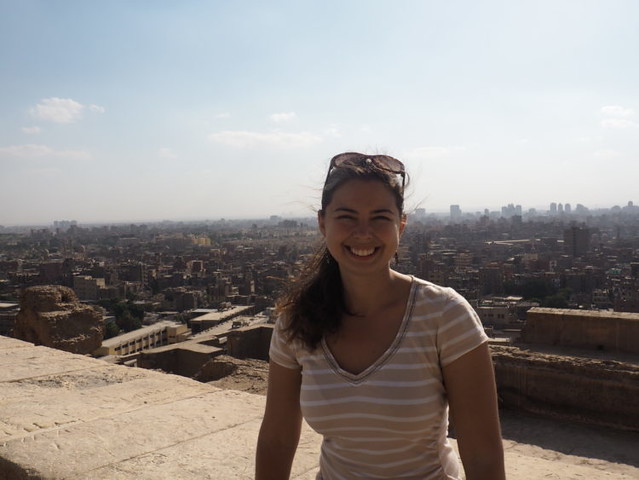 Sexual harassment in Cairo is everywhere, ranging from cat calls to assaults. Groping on metro cars is so common that there are separate cars for women, one of the only times segregation is a good thing.

Dressing conservatively and wearing a head scarf is just the start. Eye contact is considered flirting and god forbid you accidentally brush against a man while walking on a crowded street. It’s far too easy for a man to misinterpret something as a sexual invitation, so you have to be even more careful than normal.

And as if it isn’t already annoying enough to have street vendors shouting at you all day long to buy their things, women will deal with whistles and stares on top of that.

Seeing All Sides of the Story

For the first time ever, I traveled with a group of friends. Picture 20 college friends, all headed to the other side of the world for a mutual friend’s wedding (yes, in Cairo). So even though I was traveling with my husband, I saw and heard it all in Cairo as we recapped the day’s events back at the hotel. I had female friends traveling solo, some traveling as a group of females, and my own experience as a married woman.

Guess what? Everyone had annoyances and/or issues to varying degrees. 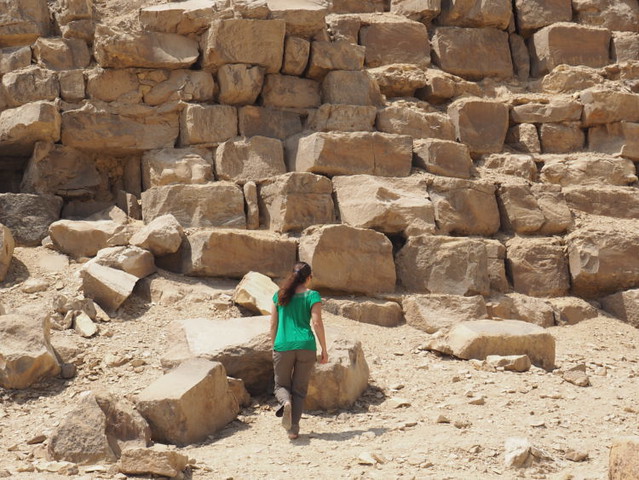 I am so inspired by women that travel solo to Egypt. My friends are living proof that it’s possible — maybe even enjoyable — so don’t be discouraged if that’s how you’re planning to travel.

They agreed that with proper precautions, personal safety wasn’t much of an issue. But that doesn’t mean it’s easy. Every day they dealt with constant pestering and sometimes even locals who followed them around.

What’s your ability to withstand that pressure? Some people are so good at shaking that off, but I’m the type of person who will end up fleeing to the hotel room and swearing I’m never going back out. I know others who would break down and scream when it gets to be too much.

Getting a guide to accompany you will help deal with the hassle, but you’ll lose the freedom of wandering around to soak things in. You can also make references to your husband (real or made-up) in hopes that men will respect that boundary.

Traveling With a Man Isn’t a Solution

Considering I was raised to believe I can do anything a man can, it’s awkward to say that I thought traveling with my husband would solve a lot of problems in Cairo. It’s true: I wasn’t oppressively harassed.

The problem is…as a woman in Cairo, you’re a second-class citizen. Men won’t talk directly to you and they’ll conduct business with the man you’re traveling with. It’s strange and frustrating for an independent women to no longer have any power.

It’s also logistically inconvenient when the woman is the one in the relationship making the travel preparations. Out of the two of us, I was the one who had all the plans and context. I did my best to make sure my husband had the information he needed to arrange things for both of us, but there were still a few hiccups.

Sometimes in the spur of the moment, I knew the answer to something he didn’t: like landmarks to give to taxi drivers when they don’t know exactly where you’re going. There were a few times I was flat-out ignored and other times when our haggling turned into me whispering prices to my husband who would speak them out loud. So ironic for a country that treated women as equals during ancient times.

Women Should Still Go to Cairo

Egypt is a man’s world, but it’s also an incredible place to visit. Consider the type of trip you want to have and plan accordingly by hiring guides or inviting friends if limiting unwelcome advances is important to you. Be prepared for some uncomfortable moments but those are outweighed by the opportunity to experience unrivaled hospitality and incredible history.

Becky focuses on hands-on experiences and interactive travel on her blog, The Girl and Globe. Although she calls Richmond, VA home, find her on Facebook, Twitter, or Pinterest to follow along with travel tips and stories.