It often holds true with travelers that the places closest to home are the last ones we explore. Mexico has long been one of those places for me – just a short plane ride or an epic road trip away when I was growing up in Canada, yet never somewhere I made plans to see precisely because it always seemed so accessible.

Despite this, I’ve always had a sense that I would love Mexico. I’m obsessed with Mexican food (or at least the Canadian incarnation of it) and beaches and I also went through an intense period of interest in the Mayan civilization when I was in elementary school. So after all these years of waiting to explore it, did Mexico live up to my expectations?

The Food is as Delicious as I Imagined 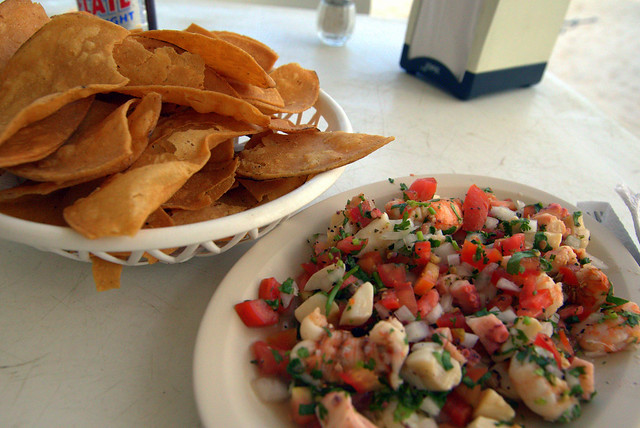 As I said, I love Mexican and Tex-Mex food. It was the style of cuisine that I missed the most when I was living abroad (particularly in Asia where it’s almost impossible to find a good Tex-Mex restaurant).

My first stop was on Isla Mujeres. As lovely as the island is, there were just as many Mexican restaurants as Italian and Mediterranean ones, so it’s doubtful it was the best place to find truly authentic cuisine. I focused on Mexican and seafood restaurants in my quest to get the best taste I could for real local food.

Following a recommendation on Twitter, I had easily the best ceviche of my life at Minino’s Cocteleria – super fresh chunks of octopus and shrimp, mixed with crisp onions, tangy lime, plenty of cilantro, and all served with thick tortilla chips.

Isla Mujeres is fairly unique in Mexico because its close proximately to Cuba invites a number of influences from this Caribbean neighbor. I added one of the island’s most popular Cuban restaurants to my restaurant itinerary and ended up at Qubano eating a tostones sandwich, which is made with fried plantains.

Spanish Skills are an Expectation 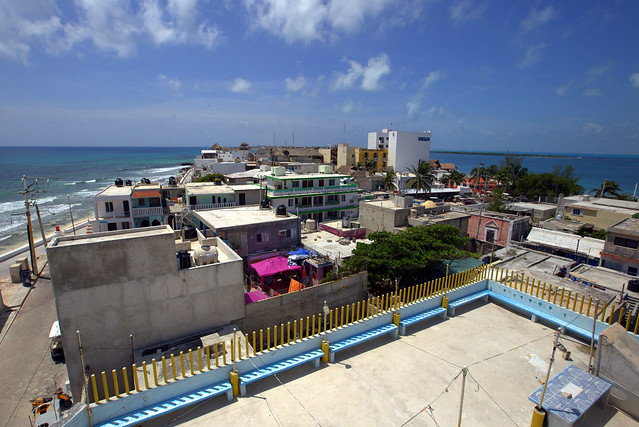 One of my frustrations as a frequent language learner is that people tend to speak English around tourist destinations, limiting my ability to practice the local language. Isla Mujeres is quite touristy, so I was pleasantly surprised to discover that most people – from cab drivers to hotel staff – addressed me in Spanish first (even when they could speak some English).

I’m not sure if it’s because Mexico attracts a lot of travelers from the US, where it seems like a lot of people know at least some basic Spanish, but I loved it. Time and more travel around Mexico will tell if this holds up in other areas of the country, but I like to think it’s a small, subtle way that Mexico stays true to its heritage in spite of the influence of the millions of foreign tourists that visit every year.

In any case, I’ll be spending enough time in Mexico over the next few months that I’ll definitely be doing some Spanish study, and it’s awesome to know that most locals seem willing to let me speak it with them. 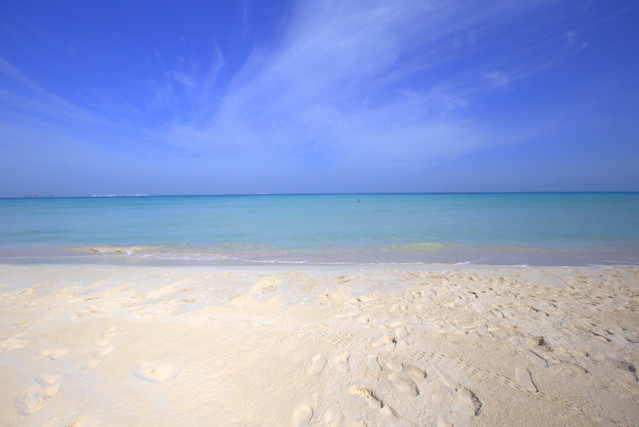 The geckos singing and skittering across the walls; the way cold beer bottles develop a sweat of condensation the moment they’re served; the slightly musty smell the humidity gives the budget guesthouses – all of it gave me flashbacks of Thailand.

I love how slowly life moves in hot climates like Mexico and Thailand. When I had time between hotel shoots, I knew I had to allot at least 2 hours for a meal. Orders came out of restaurant kitchens at a lazy pace, giving me the feeling that meals were made thoughtfully and with fresh ingredients.

I love how life seems to swell and overflow in hot climates. Insects and reptiles are big (well ok, I don’t always love that), and vegetation is everywhere, even creeping up through sidewalk cracks and other places where people have tried to clear it away.

Of course, the two countries are completely different, and I’m sure I’ll discover even more ways this is true as I continue to explore; but the similarities made me feel an instant affection for Mexico and it was definitely a good first impression.

7 thoughts on “First Impressions of Mexico”