Hostels are amazing, right? They’re cheap, fun, and just generally one of those you-have-to-try-it travel experiences. But they’re also kind of intimidating, particularly if you’ve never stayed in one before. I know I was worried that hostels would be filthy, loud, and filled with unapproachable, way-cooler-than-me backpackers but don’t give up on hostels. Instead for the newbies, here’s a brief introduction to hosteling and staying in a hostel. 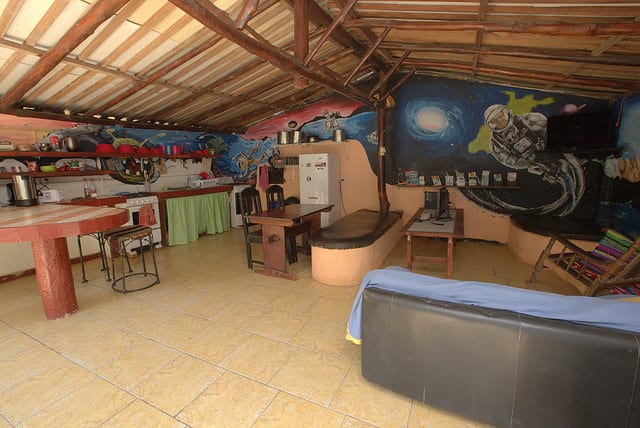 Like hotels, hostels aren’t created equal. I’ve stayed in bright, tidy hostels with mini-fridges in each room, lots of great free activities, and clean showers with soap dispensers; and I’ve stayed in gross hostels with permanent BO smells and shared kitchens I don’t want to go anywhere near – including one in Puerto Rico where the first bathroom I went into was covered in vomit. Sometimes staying in a hostel is an adventure in of itself.

Hostel rooms can have all kinds of different configurations. I’ve seen dorm rooms with as little as three beds and as many as 12; some have en-suite bathrooms shared with your roommates and others have big common bathrooms shared among several rooms. Many also have private rooms, which are perfect if you want to socialize in the common areas, but also have your own space to retreat to when you want.

Different hostels also have very different vibes. There are party hostels where you can expect noise late into the night, hostels with a tamer line-up of activities like local walking tours and karaoke nights, and ones that are basically cheap places to crash with little socializing.

Staying in a Hostel: What Type of Atmosphere Are You Looking For?

It’s important to know what you’re looking to get out of staying in a hostel, and what your bottom line is. For example, I know I’m willing to pay a little extra per night for somewhere clean and relatively comfortable. I’ve never been a party hostel kind of person, but I do like places with activities and common areas because meeting people is generally the reason I’m choosing a hostel in the first place. If I don’t go for a private room, I usually look for dorm rooms with a max. of four bunks because I feel like my odds of getting three polite roommates are higher than my odds of getting eleven polite ones.

Online reviews are a great place to start, or if you’re comfortable finding accommodation once you arrive in a new city, nothing beats taking a look at a few rooms and feeling out the atmosphere before you commit to staying there.

Why Are Hostel So Scary?  Well, They Aren’t! Check Out These Hostel Myths and Why They Are Wrong 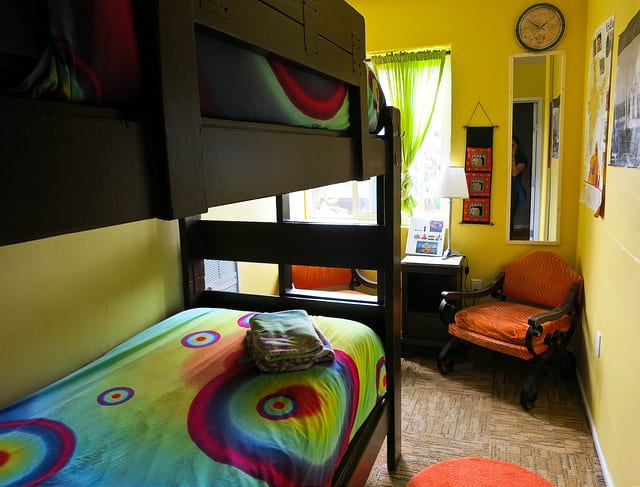 A power bar – While I’ve stayed at a few savvy hostels that have an outlet at each bunk in dorm rooms, I’ve also often found myself trying to share one or two outlets with upwards of four people. A power bar is a great thing to have if you have a few different devices to charge (and who doesn’t?), plus it might earn you some points with your roommates if you’re willing to share.

Earplugs and an eyemask – If you’re lucky, your roommates will abide by hostel etiquette but it’s best to be prepared for them not to. Even if you have considerate roommates, you might end up bunking with some people who can’t help their snoring or maybe you’ll want to go to sleep extra early some nights.

Flip flops – Because you’re likely to run into at least a few showers that leave you feeling dirtier after you’ve been in them.

Locks – It’s pretty common for hostels to have lockers for guests, but you usually need to bring your own lock. And, of course, when you’re sharing space with strangers, it’s a good idea to use those lockers.

Towel – Many hostels don’t provide towels, or you need to pay a fee to “rent” one. It’s pretty much always a small fee, but I find it simpler to just bring my own towel. I travel with a regular towel, but I’ve also heard great things about microfiber travel towels which dry extra quick.

Staying in a Hostel: Etiquette Tips 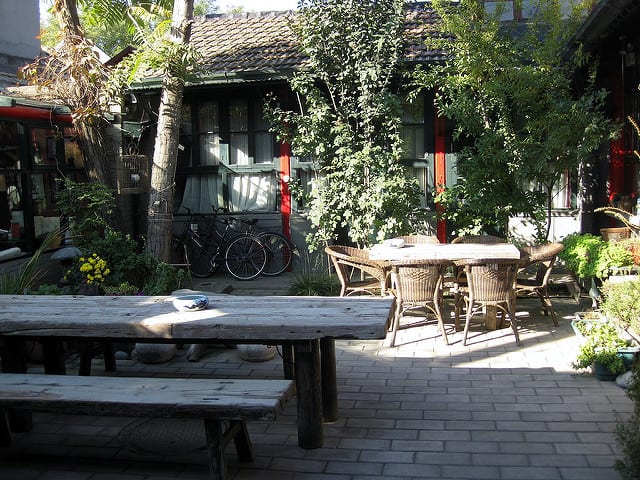 Most hostel etiquette tips boil down to just being clean, quiet, and considerate of the people you’re sharing a relatively small space with. It’s common sense (or at least should be!) that you should clean up your dishes if you’re using a shared kitchen, probably not hook-up with someone loudly if you’re in a dorm room, and not turn the dorm room lights on at 3 A.M.

Do you have any other tips and tricks for staying in a hostel?  We would love to hear them in the comments! 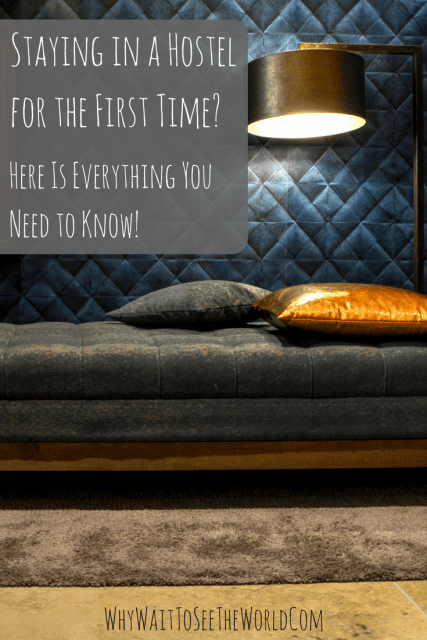 8 thoughts on “Staying in a Hostel: A First-Timer’s Guide”