The My Son temple in Vietnam is possibly the oldest archeological site in mainland South East Asia. The earliest buildings here were created 700 years before the temples of Angkor Wat. Still, you’ve probably never heard of them- why? 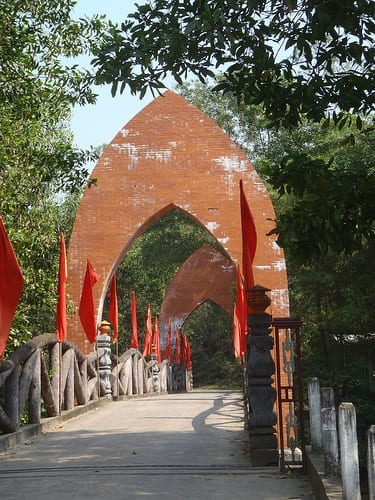 Despite being a UNESCO World Heritage Site, My Son Temple receives none of the attention of the bigger archeological sites like Angkor Wat, Ayutthaya and Sukhothai. On the day of our visit there was barely anyone there- just a handful of motorbikes from nearby Hoi An. It’s kind of a pain to get to and it’s not on most tourists itineraries.

This is a shame because it’s actually a pretty fascinating place. The My Son temple complex was built by the now defunct Kingdom of Champa, which ruled Southern Vietnam for most of the past two centuries. They were primarily Hindu, and their art and architecture were highly influenced by that of Ancient India. This brick temple complex was the religious center of their empire. 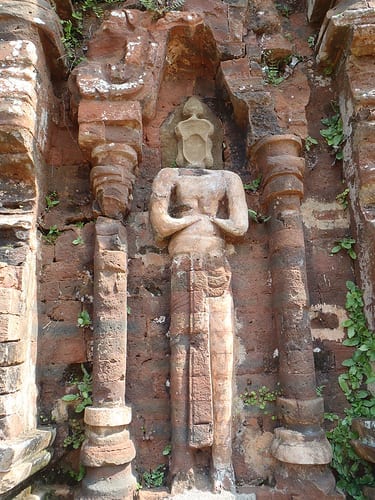 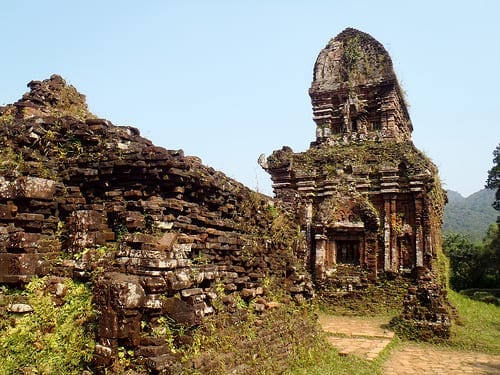 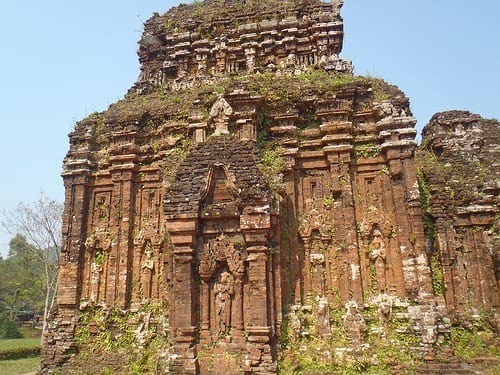 Most of the existing temples were built during the tenth century. They were made of fired brick and decorated with beautiful sandstone reliefs and statues 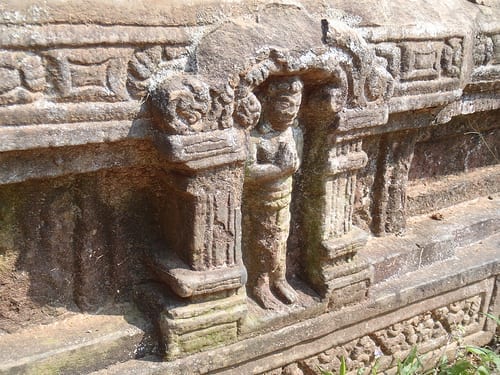 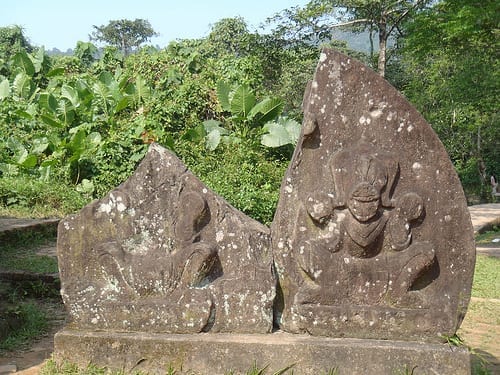 My Son Temple is often compared to Angkor Wat, although truthfully it cannot compare in scope or beauty. The years haven’t been kind to the complex. Neglect has taken its toll, and a viciously tenacious jungle seems intent on reclaiming the land. Shamefully, the area was heavily bombed by the United States during the Vietnam War. The Viet Cong used the ruins as a base, and even now you can see gigantic bomb craters. 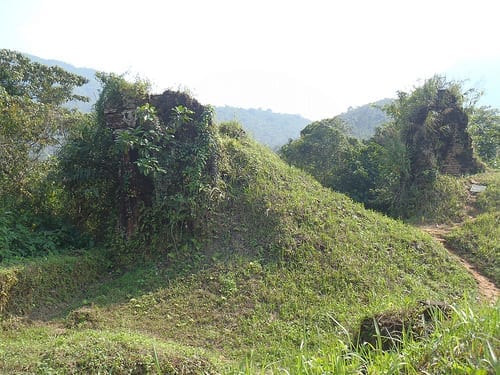 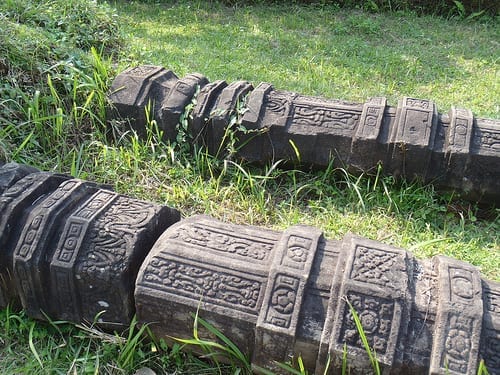 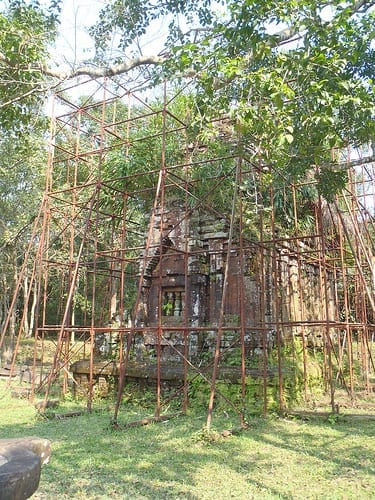 International efforts are now being made to restore My Son Temple and to preserve its history. This is a really great development because even now it’s well worth a day trip from Hoi An. In a country that has been through such radical changes, it’s good to see some historical constants remain. 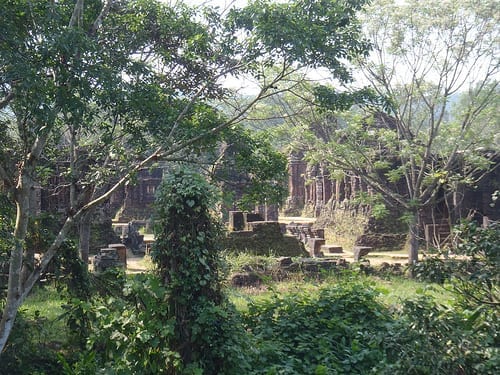 Planning a Trip to Vietnam?  Read on for More Information:

Packing for Southeast Asia: What to Bring and What to Leave at Home

How Much Does it Cost to Travel? 3 Weeks Backpacking Southeast Asia

Confession: A Hoi An Shopping Spree 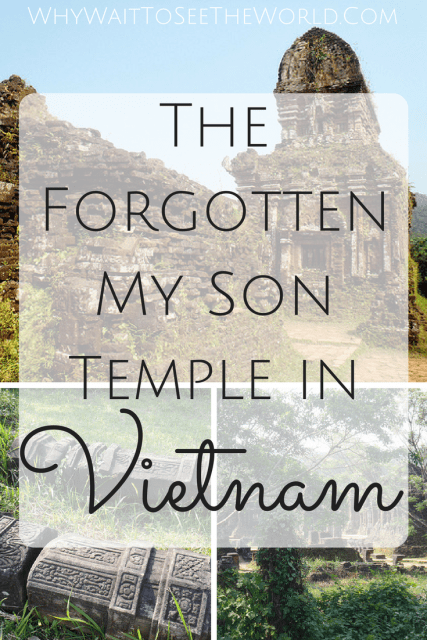 13 thoughts on “The Forgotten Temples of Mỹ Sơn”