I LOVE traveling in Italy, but in some ways, it is much harder to write about famous well-known places than it is to talk about more off the beaten path destinations. I could write basically anything about Colombia and people thought it was fascinating, but how many new things are there left to say about the Duomo, the David or the Trevi Fountain?

Or the Colosseum. Even my13-year-old cousin knows everything about the Colosseum (at least that’s what he told me, with an epic eye roll). It’s one of the most famous and iconic landmarks, not just in Rome, but in Europe. 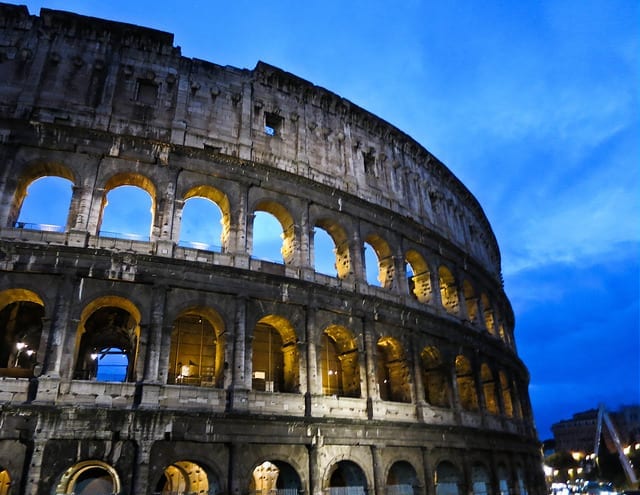 That doesn’t make it any less amazing to see though! Even though I’ve been in and around the Colosseum on my 2006 visit to Rome, I still gasped in awe when we stumbled upon it on a late night stroll one of our first nights in Rome. It’s not just epic- it’s one of those structures the word epic was invented to describe. Pushing 2000 years old and standing strong: a breath-taking monument to Roman might.

But what are you supposed to WRITE about it?

Luckily for me, my buddies at Walks of Italy (you can probably tell I’m a fan by now), gave me the chance to go on their behind the scenes tour of the Colosseum: VIP Access: Colosseum Underground, Arena and Forum. And just like that, I found my hidden angle. 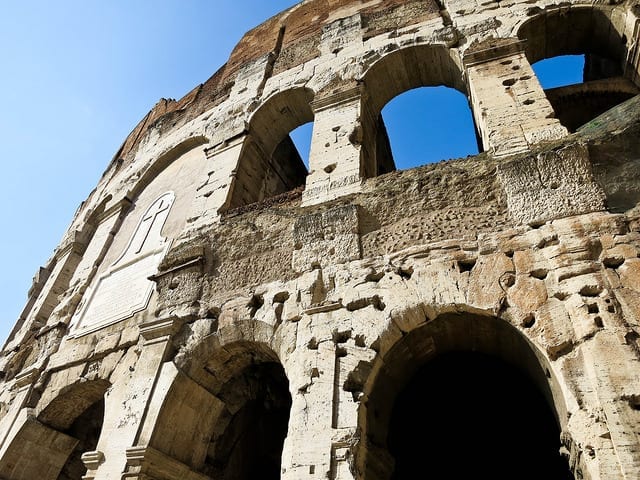 I won’t go into the tour of Palatine Hill and the Forum- although they are both breath-taking and awesome snapshots of ancient history. Although it’s nice to have a guide give you the history, they are also pretty great to wander on your own. The real attraction here was the bottom level of the Colosseum- the dungeon area where tourists almost never get to go and the real reason to visit the Colosseum with Walks of Italy.

First though, we visited the stage, where ancient gladiators once matched wits and courage with each other along with the odd tiger or grizzly bear. This is an area not typically open to tourists- and other visitors stared at us as if we were VIPs, or possibly about to start fighting ourselves. 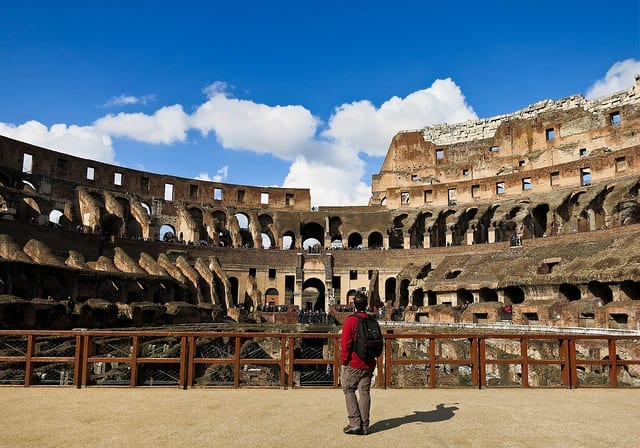 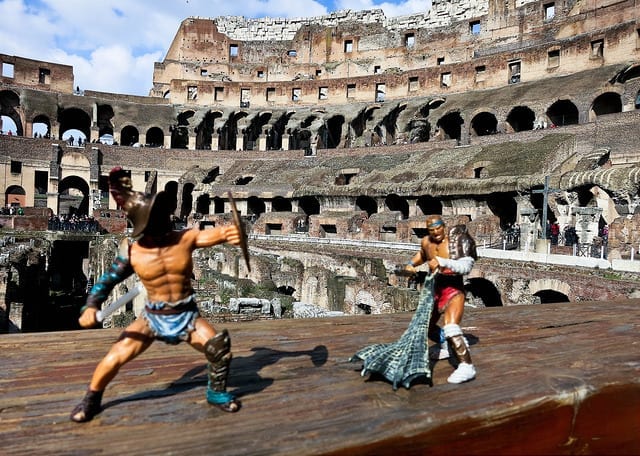 Then we proceeded down, down down, into the hypogeum, the area underneath the stage. Here is where sh*t got real: This was the real backstage of the bloody performance above. The area where gladiators, condemned prisoners and every type of animal imaginable waited anxiously for their turn to appear on stage.

They may have lived thousands of years ago but the Romans were a crafty bunch. They had elevators and levers for moving around wild animals (tigers, rhinos, hippos, crocodiles, you name it). Dozens of trap doors allowed them to surprise fighters above by springing an angry beast at a moments notice. They could even flood the Colosseum floor if they felt like it.  You really see the genius of it all when you visit the Colosseum and its hypogeum. 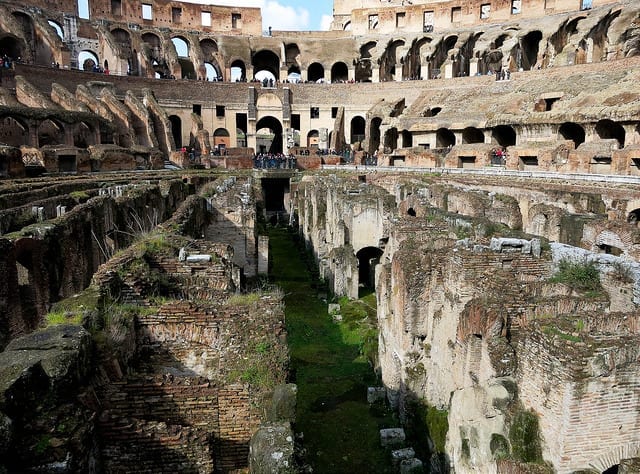 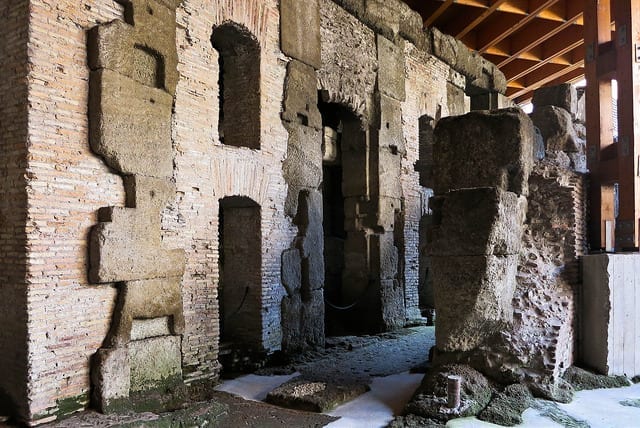 Although it’s now open air, it’s easy to imagine how cramped and hot it must have been- you would have heard water dripping, fighters thumping overhead and the blood-crazed roar of the crowd. You might have been seated right next to the lion cage where a hungry and angry feline wanted nothing better than to snack on your head.

After the damp dark below I needed some air. Luckily our next stop was the opposite side of the arena- the very top of the stands- again an area the typical tourist can’t access. From the Colosseum’s top floor you could see the entire arena, which once held 50,000 plus people. The very top, the furthest away from the action, would have seated the poorest citizens: slaves, the very poor and women (you know, the unimportant people). At least they had the best views: 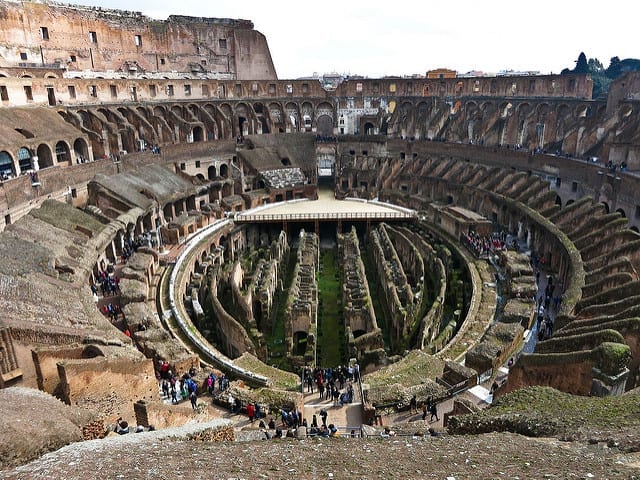 It’s kind of creepy to think of these tens of thousands of people, packed in, enjoying their day off by watching people and animals get ripped to shreds. Then again, I don’t think their bloodlust is that unusual, nowadays we just get our torture-porn fix from horror films and watching the news.

For me, the craziest realization about the ancient past is that those people were pretty much just people- the same as us. It’s so easy to forget, and exploring ancient places always gives me that tiny glimmer of insight. They sat in the stands, ate their peanuts, watched their spectacles and tried to escape from their everyday lives for just a couple of hours.

To me, that individual experience is so much more interesting to think about, and maybe write about, than the size of the Colosseum (massive), the work that went into building it, it’s long history etc. etc. No matter what I put down on paper about the Colosseum, I can’t quite capture that. You have to go there and find it for yourself. It’s the feeling you only really get from visiting: gazing up at the sheer size, sitting in the stands, lurking in the dungeons. It’s what makes history real.  You simply need to visit the Colosseum to experience it for yourself. 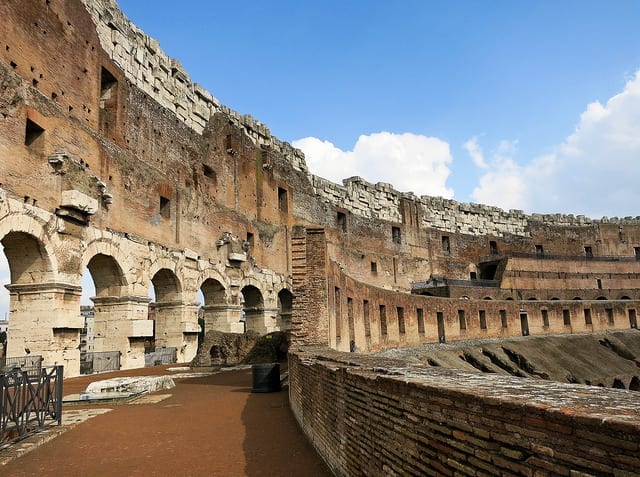 Special thanks to Walks of Italy for providing my tour. All weird historical opinions are my own. 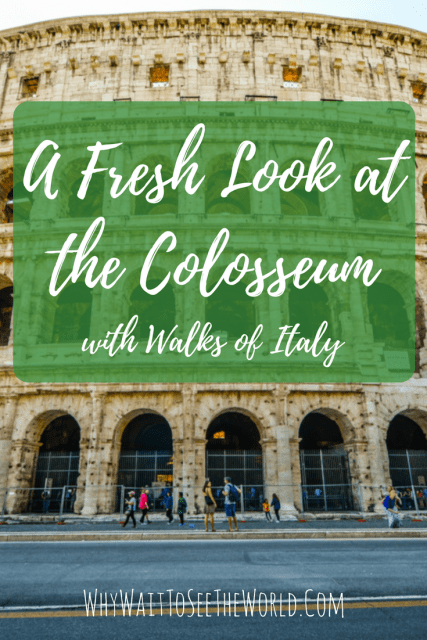 18 thoughts on “A Fresh Look at the Colosseum”