I think I am every traveler’s parents’ worst nightmare. I was mugged abroad.

Up until that moment I had been flitting around Southeast Asia all willy nilly and without a thought about safety.

I mean I crashed motorcycles, got bit by dogs, had some interesting situations happen, but I still ultimately felt safe. 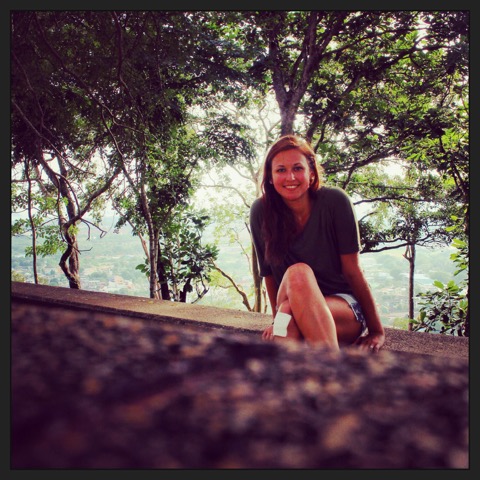 Until that man in a motorcycle helmet tried to steal my purse.

After that moment, everything changed. I walked around with a fear that was hard to cope with at times.

I’m not typically a person that walks around thinking about all of the bad things that could happen but getting mugged changed that for me.

I had to learn to feel confident in the world and other people.

But before we get to that, I’m sure you all want to know the story, so here it is.

It was Thanksgiving day in Bangkok, Thailand and I had just signed my lease for my apartment in that wild and crazy city!

I went out for a big Thanksgiving buffet and a few glasses of wine and made my way to my new home around midnight or so.

I hadn’t figured out the public bus yet so I decided to hoof it the 20 minutes from the BTS (metro system) to my home.

I was a little tipsy but not noticeable to anyone else and nothing that impaired my judgement.

I was carrying a large fake longchamp bag, in hindsight, certainly shouldn’t have done that. Not blaming the victim, but you’ve got to be smart with what you carry late at night in a big city.

I got to a point on the street where there was a huge pack of street dogs moseying around. I am not a fan of them, I think they look at me like a piece of meat. HA!

So I whipped out my water bottle in preparation to defend myself from one of the hyenas should they choose to attack and walked on the edge of the road.

A taxi slowed down and seemed to be following me. I tried waving him away, sure that he was just being an aggressive taxi driver.

I got past the dogs and BAM!

This man was upon me and had my purse in his hands, the straps were still around my shoulder. I was surprised that a man had his hands on my purse so I tried to pull it back.

A struggle ensued, I wound up on the ground kicking him and whacking him with my water bottle.

Really made a dent in his motorcycle helmet….. Lol

Like 10 seconds after it started, my screams were answered and people came to my rescue and he ran off.

I wasn’t hurt, he didn’t get anything.

One of the first guys to my aide was an English speaking expat who explained that he was in the taxi and had seen the guy stalking me down and had been trying to yell to me to watch out behind me, but I didn’t hear him.

A taxi driver offered to drive me the rest of the way home and I immediately got my best friend on skype and cried hysterically until I could calm down and rationally call my boyfriend and parents and tell them.

This moment really shook me up and made me realize what kind of possibilities were out there.

I sulked, I cried, I still look behind me when I am walking down an empty street. I lived in fear for a long time. It ultimately was a piece of the force that drove me back home.

But ya know what? What fun is it to walk around living in fear? 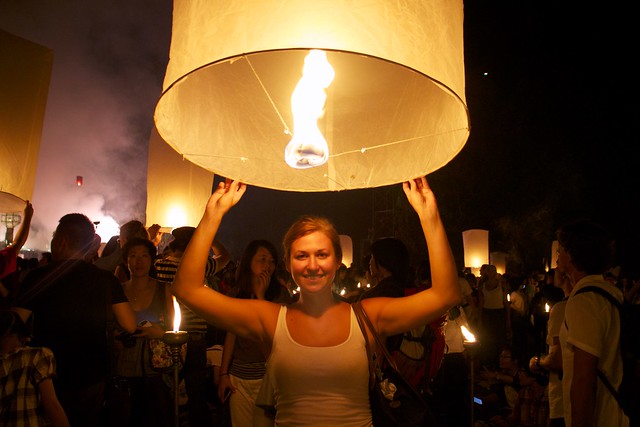 Eventually, after some serious inner chats, I got comfortable in my own skin again.

I read some articles about travel safety.

I bought a cross body bag.

I resolved to never walk home alone, intoxicated, at night ever again no matter where I was.

I can’t say that I don’t have any fear while traveling anymore, but I am a lot more prepared for situations and the possibilities. I’m cautious with my fearlessness now, which is probably the best thing that could happen. 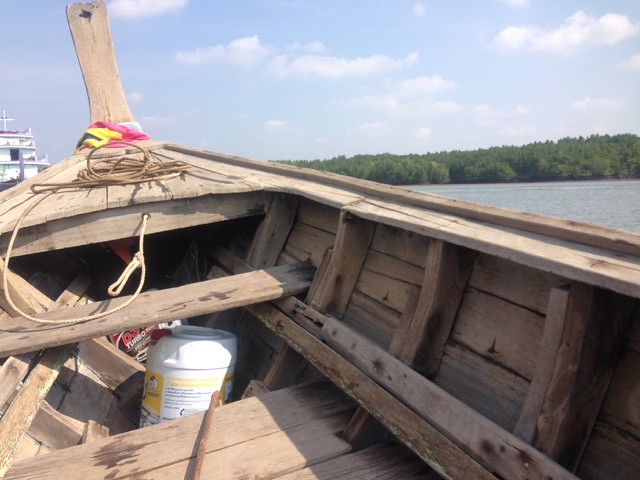 If something happens to you abroad, find a support system and get those tears and fears out to them. Don’t try to hold things in, it only makes it grow and fester inside you.
Then take action! Take a self defense course, research safety tips, find someone who has been through what you’ve gone through. Arm yourself with what you need to feel safe and to navigate the waters abroad and book that next trip!

6 thoughts on “Getting Mugged Abroad and Not Letting Fear Win”