I giggled out loud when I read this post in my inbox. Even if you don’t have first hand experience with booze cruises, or Australian boys, hopefully you can appreciate it as well.

Many years ago, when I was but a young lad I was prone to doing very stupid things.

One of the stupidest happened while I was on a guided tour of Europe with a tour company that will remain nameless as they are irresponsible enablers in much the same way I imagine the producers of the Jersey Shore are. They would ply us with alcohol and then put us in precarious positions such as paragliding and free diving into underwater caves. Yes, extremely hazardous adventure sports while drunk off your arse.

This particular tour company was started by a Kiwi and the vast majority of the people on the tour were either New Zealanders or Australians. I was one of 4 North Americans on the tour. Not only were the majority of our traveling companions from down under there was a large group of them that were construction workers. Now Australians like to drink and Australian construction workers really like to drink. They also like to take your toothbrush and sunglasses and ahem place them on certain body parts, take photos of the act and then show you said photos when you are using said toothbrush or sunglasses. Yes, I know, charming. 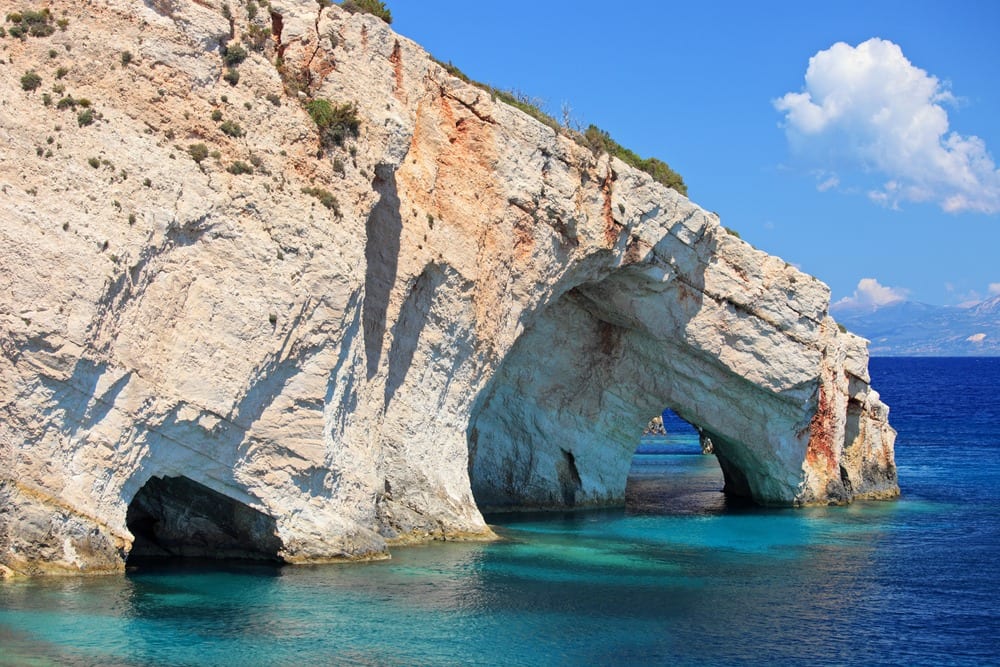 After being on the road for several weeks we arrived in Corfu. Corfu is absolutely beautiful as anyone will tell you. It has a unique feel among the Greek islands and I quite enjoy it. On the second day there our tour company had an excursion planned on a party boat. Knowing that we would be drinking all day in the sun we figured it would be best to start drinking ouzo as soon as woke up to you know, warm up. At one point I remember going to take a sip off the bottle and my Australian friends holding me and the bottle and not letting the bottle down until as they said “we see the bubbles come up.” I hear that sinister phrase in a maniacal Australian accent in my dreams to this day. So already half in the bag we set out for our adventure on the high seas.

The party barge was impressive. I mean I don’t know what I was expecting but what I got was a double-decker party barge with a sun bathing deck up top and a water slide as well. Maybe I’m easily impressed, but at the time I though it was just about the coolest thing ever. There was an impressive amount of alcohol. There were troughs of ice and cold beer. Later in the day when everyone was extraordinarily soused they decided that they would have us dive for bottles of wine that the tour employees would throw in the ocean. You get the wine, you get to drink it. And I think there was nudity involved but I’m fuzzy on that point. Aussies love to get naked and the entire trip was a blur of genitalia. But anyways, after the diving and wine pounding we arrive and what they call the Champagne Caves. Upon later review I can’t find that a place by that name actually exists in Corfu, so I think our tour guides made up the name.

At this point we all dive free dive to the entrance of an underwater cave. I swear to god I am not making this up. I have no idea what kind of insurance waiver I signed but it must have been fully comprehensive. Once in the cave, which is dimly lit with a couple of waterproof flashlights, they proceed to pass out bottles of cheap sparkling wine that we all of course drink.

Now I am a ginger and if I do not apply 75 SPF sunscreen every 30 minutes I will burn badly. And I maybe put on sunscreen twice that entire day. Needless to say I was fried to a crisp. After the excursion they dumped us back at our hotel where I hastily passed out. When I awoke I thought that I was dying, I really did. I don’t know if you’ve ever had alcohol and sun poisoning at the same time, but it is one of the most unpleasant things in the world. I did not leave the hotel bed for 3 days except to drag myself to the bathroom. I missed almost the entire rest of the time in Corfu. It was awful.

So at the risk of sounding like a party pooper (every party needs one) I will say, while in Greece, whatever you do, if a group of drunken (most likely naked) Australians invite you on a boat ride, please, politely decline.

David Zwickerhill is a travel writer and photographer working and living in Portland, Maine. His favorite work is wedding photography.

28 thoughts on “What Not To Do While In Greece”