As soon as I saw the fortress I began to regret my decision.

Whoever had named this a “hill” was a master of understatement. Thick snakes of rock winded ominously around the steep, rocky crag. Built in 535 by the Romans, the rocky fortress must have been bed-wettingly terrifying for any would-be conquerors.

Now I’d talked some big game on the forty-five minute bus ride from Budva, “Of COURSE we’ll climb the fortress! Nobody better wimp out on me!” Craning my neck up at the rocks I was starting to regret this bravado.

And my decision to wear flip-flops.

It had been my idea to visit Kotor. My friend Liz and I recruited five new friends from our hostel to come along (all Canadians oddly). Lonely Planet had described a charming walled city sandwiched between the castle on one side and a stunning bay on the other. After a few days of lying on the beach, I was excited to see what else coastal Montenegro had to offer.

We decided to put off the inevitable cardio workout by lingering in Kotor’s delicate old town for some fortifying beer and ice cream. The walled cities that line the Adriatic coast are all incredibly charming and this one was no exception. The site of a city since the second century BC, Kotor’s old town is a UNESCO world heritage site and is pleasantly pretty- like a smaller, less flashy, less touristy Dubrovnik.

Eventually we could put it off no longer and made our winding way towards the narrow stone gateway to the fortress, where we paid a tan young kid 2 Euros each for the privilege of climbing upward. 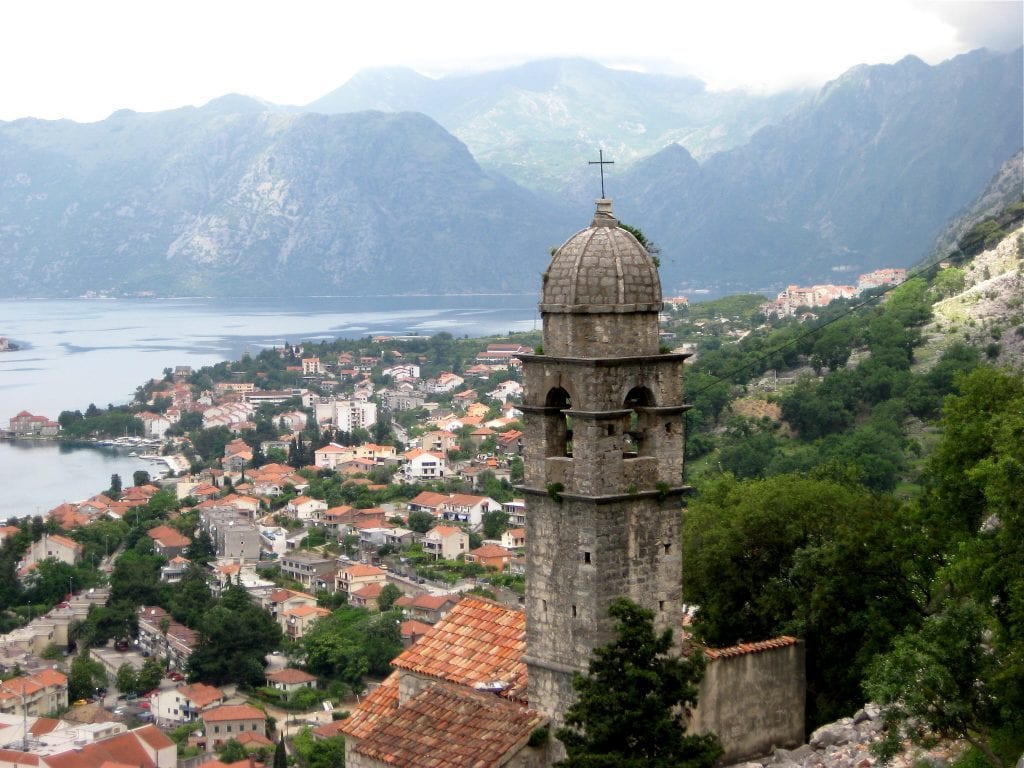 My guidebook informed me that there are 1,350 steps to the top of the fortress, but it did not mention that these steps are all different shapes and sizes, so there is absolutely no rhythm to the hike, just a hard scrabble upwards. The late May sun beat down menacingly (at least I HAD thought to wear sunscreen)

Halfway up the mountain, puffing like old smokers, we stopped on the steps of a small stone church to rest and rehydrate. An older couple, maybe in their sixties, passed by on their way back down, smiling like characters in a Viagra commercial. “It’s not too bad at all!” they said and waved at the seven panting twenty-somethings.

The further up we got the more erratic the trail became. The fortress had been left to deteriorate for many years, and an earthquake in the 1970’s seems to have scrambled things even further. There was little to indicate the correct path except a dizzyingly steep drop off on one side and a solid stone wall on the other. I’ve never been scared of heights, but I was starting to come around. 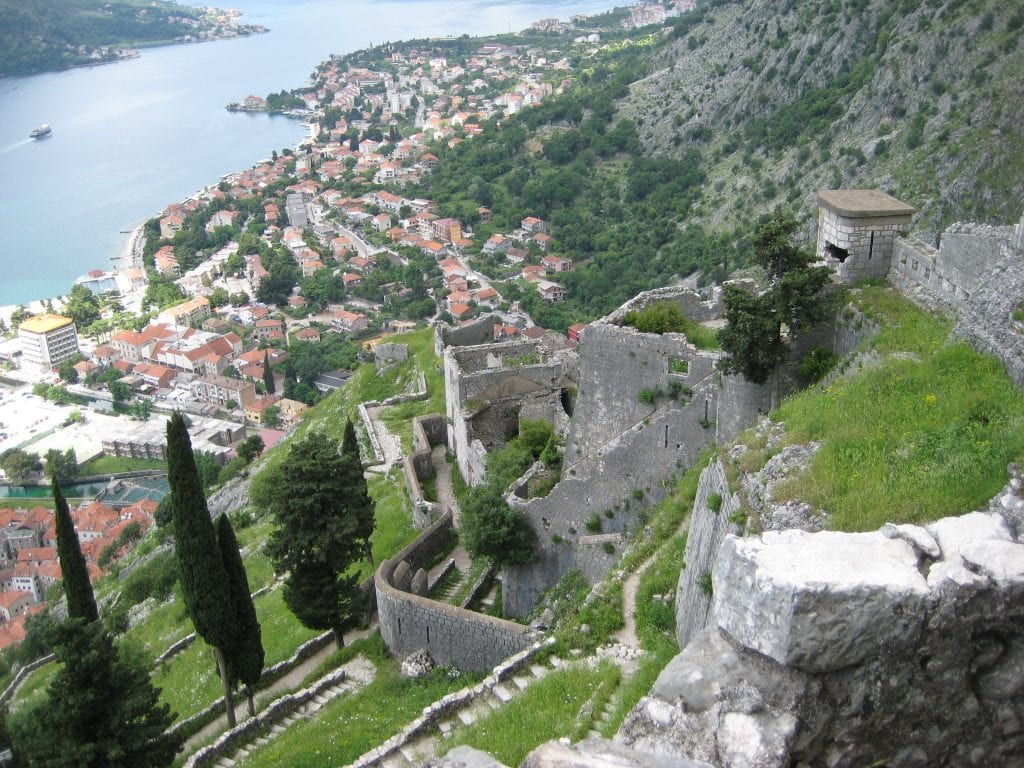 At this point I really, really, wanted to give up. I’m not an athletic person; I’m actually pretty lazy. I’d much rather be down in a cafe waiting with a beer. But oh, the shame. Nobody else seemed willing to give in and I was not going to be the one sitting at the bottom all by myself. I pushed on, ignoring the screaming in my leg muscles.

As soon as I reached the top I was so glad I hadn’t given in. The view was amazing. Orange rooftops jutted into a clear blue bay overlooked by the only fjord in all of southern Europe. Sort of a sunny, Mediterranean Finland. I moved far away from the edge as a lightheadedness mixed with euphoria overtook me.

The picture of me at the top of the mountain sits framed on my desk, next to one of me flying a glider. Together they are reminders of the rewards that come from pushing your limits. 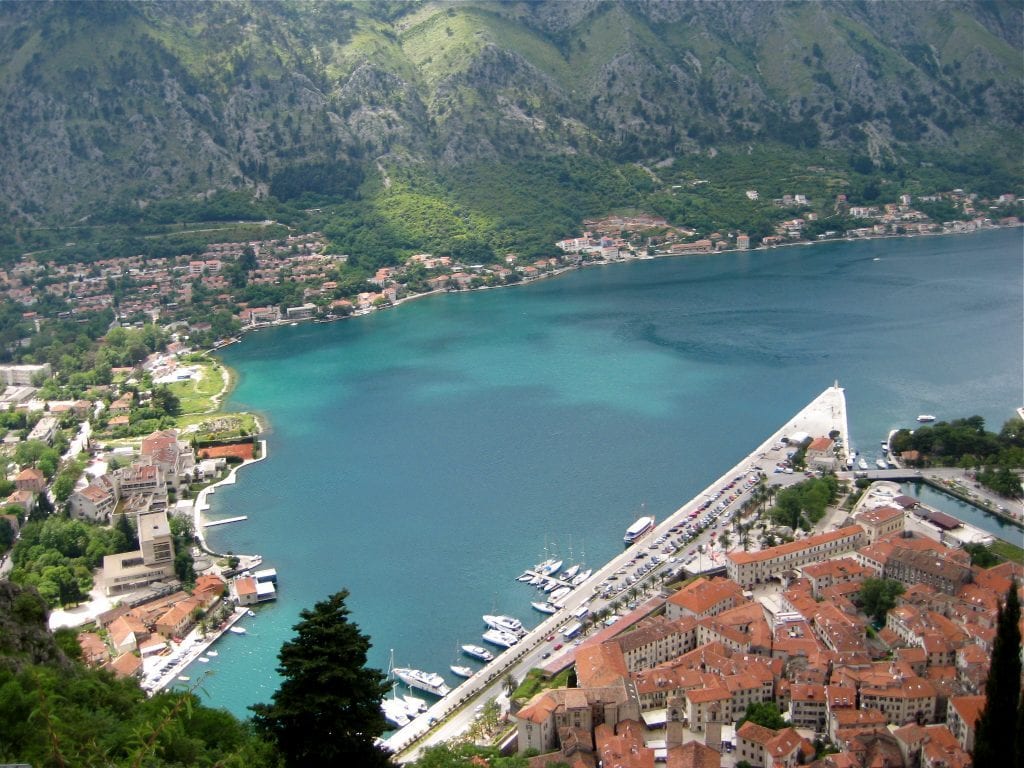 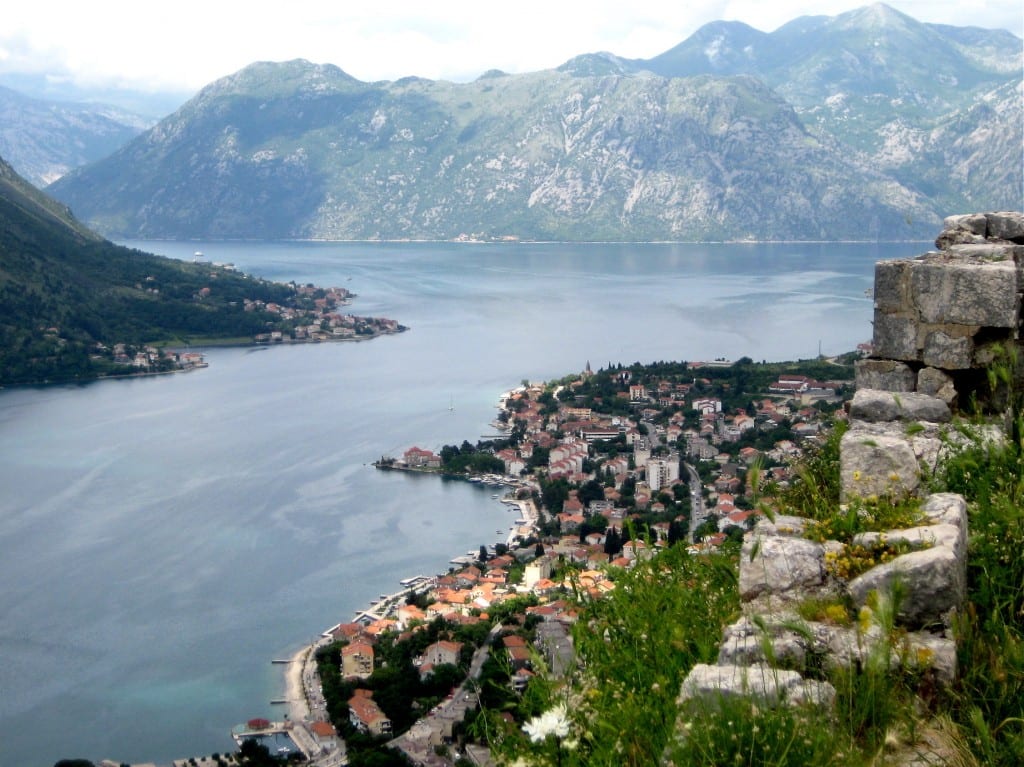 21 thoughts on “Man versus Hill in Montenegro”