There’s a country song out right now by Dierks Bentley called “Different For Girls”, yes I am a country fan. A pretty huge one, and I will always think Dierks’ eyes are what dreams are made of, but this song disgusts me.

She don’t text her friends and say, I’ve gotta get laid tonight

She don’t say, it’s okay, I never loved him anyway

Bull shit. Why can’t girls act like this? I do. 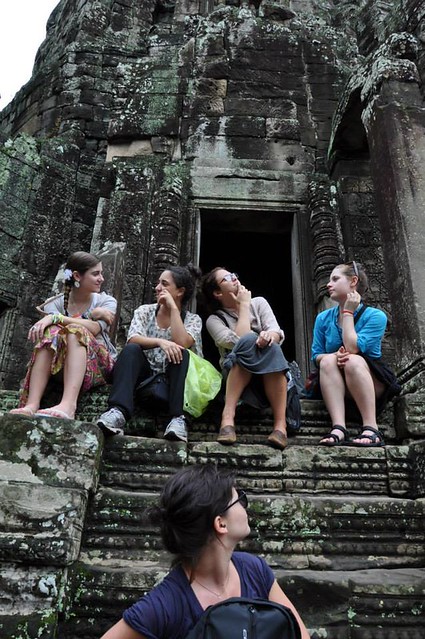 This song is a perfect example of the stigma that has plagued women and sex for as long as anyone can remember. How, in 2016, if a girl wants or has casual sex is she still called a slut or a whore or god forbid, loose? Why can’t a woman go home with a man and talk openly about it the following day without inquisitive looks even from her close friends?

I think this is where travel really helps women to see that they can embrace their sexuality and they can be as open and inviting to sex as they want to. I’m not saying every woman who travels turns into a promiscuous “slut” (<why does that word still exist!). I am saying that it allows them the opportunity to follow their desires and screw the sterotypes and social stigmas if they want to. Travel builds the confidence to be who you want to be.

Sex is pretty easy to find on the backpacker trail if you’re looking for it and I’ve always been impressed with the open-minded acceptance that sex and hooking up carries on the road. There are obviously still stigmas because unfortunately, I think it will take centuries to fully make men and women equal when it comes to their bodies but I think it’s a lot more equal on the backpacker trail, in general.

It’s difficult to walk into a dorm room after midnight on a weekend and not stumble upon a couple doing the dirty. Heck, you may even be the poor soul who winds up on the bottom bunk of a couple making the bed rock up top. But unlike at home, the woman isn’t the only one being judged typically.

Hooking up happens. It’s laughed about. But most importantly it’s accepted while traveling. 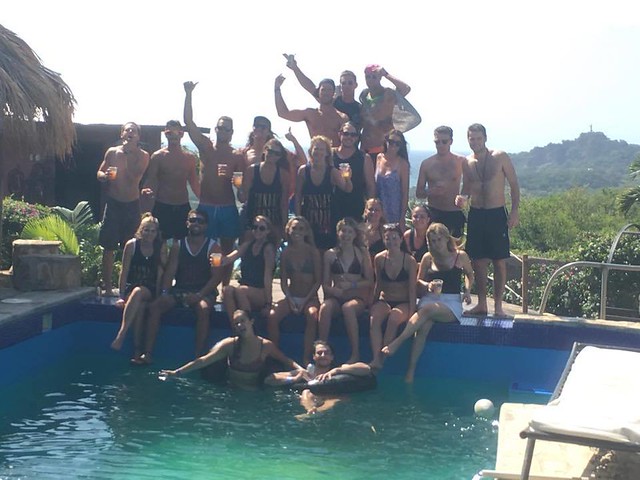 When I am at the store picking up travel size soap you bet your ass condoms are also in my basket.

My group of backpacker friends of the day will often swap stories of our conquests over our fruit and yogurt in the morning and laugh over someone’s awkward encounter into the afternoon. As a female, I don’t ever feel ashamed for sleeping with someone or having a drunken make out on the dance floor. To be fair, I’ve never really felt ashamed of it, but I feel more comfortable sharing my stories with travel companions than those at home.

When I come home and someone asks the expected question, “so did you hook up with anyone good?” I’m not always met with the most welcoming of glances when I say yes, and proceed to tell a hilarious story of a sexcapade that resulted in a giant bruise and scar from a collision with a brick wall, oops. My friends are pretty used to me, though, and are collectively pretty awesome in their acceptance of my sex life. But most are not.

If you’re heading out on the backpacker trail and you’re single, you probably won’t have a tough time finding sex. As a woman, you need to protect yourself, though. Follow your gut and pack condoms. Don’t rely on a guy to protect you from an unwanted pregnancy or STD.

But if you’re looking to hook up on the road, you can do so without heeding judgment. Heck, the chance of you seeing someone again is VERY slim. 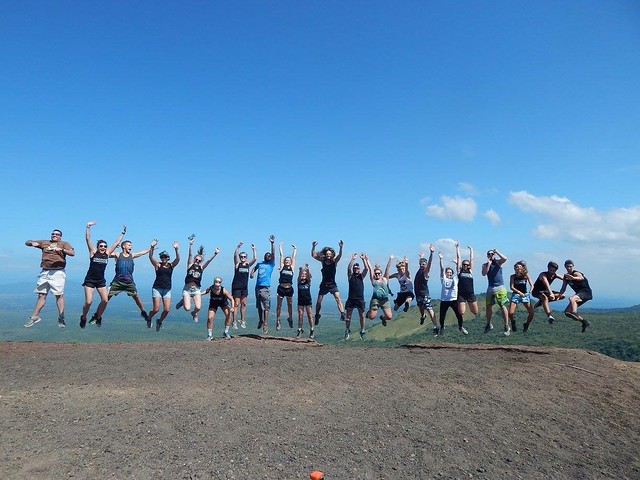 Sometimes, though, you wind up being one step behind the guy and seeing him in 6 cites across 3 countries. Gah.

Unless, of course, you want to see someone again. Relationships sometimes blossom while traveling. (Cough cough the happy couple, Steph & Mike!) Whether they are short-term love affairs or epic once in a lifetime loves that wind up in marriage, travel is a great way to test out a relationship and see if you both have the cajones to go the distance, pun intended.

Now, go forth and travel…and hook up if you want to! But use a CONDOM!

8 thoughts on “Hooking Up On The Road”