Traveling through CA proved over and over again that any expectations I carried from previous trips must be thrown out the window. This was slightly to be expected due to the differences in the regions themselves. Central America has a lot of unrest stemming from violence currently that just isn’t felt in Southeast Asia. Although they share latitudes, the climates, histories and current tourism trends differ greatly.

What sets the Central American backpacker trail apart? I am glad you asked.

Flights are far from cheap 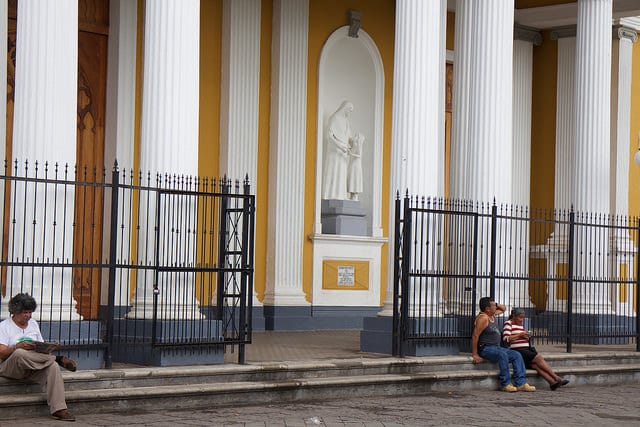 In Southeast Asia and Europe, typically, flights between countries are less than $50. This makes it insanely easy to just bop to whatever place you want to go to next in a few hours instead of wasting days in cramped busses or trains. In Central America, flights from Guatemala to Nicaragua, for example start at $250 one way. Who has the moola for that! Busses and shuttles are the kings of backpacker transportation. This brings me to my next point:

There is a defined backpacker trail

For the most part, travelers stick to traveling from north to south or vice versa. Everyone I encountered either just left where I came from or was heading that direction. This is definitely partially to do with the fact that the geographical layout is very linear (nice word, huh? 😉 ) instead of a big splot of countries chunked together. It makes it easy to travel in a path. And partially due to what I said up there ^ about flights being wicked expensive. Bus travel is cheap and LONG. Many travelers will stop at the same towns along a route for a day or two to get a bus ride break. El Tunco in El Salvador’s claim to fame (amongst many other things) is being a good halfway point between Antigua, Guatemala and León, Nicaragua.

The number of hostels and guesthouses are much lower

Each town I came to had significantly fewer options of places to stay. The quality of the options usually varied intensely so the majority of people stayed in the same 2-3 in each area. 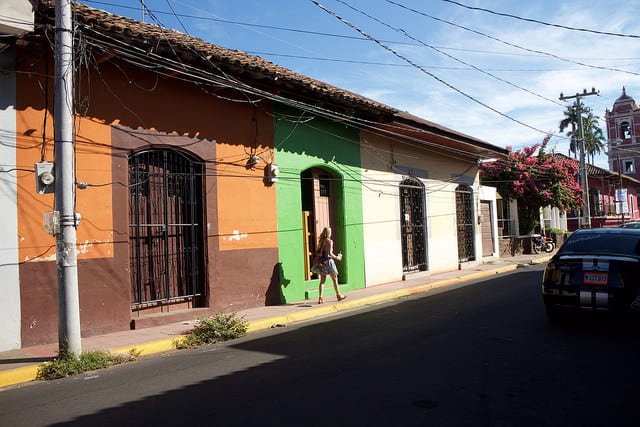 Let’s recap: flights are expensive so everyone rides the same busses, the countries are in a line or linear if you will so everyone follows the same path, there are only a few hostels in each place with a only a handful being quality spots so everyone stays in the same place. Doesn’t it make sense that you run into the same people everywhere?? I didn’t think this was really the same case in much of Asia because people had all different routes they took. Every once in a blue moon you’d see the same weirdo twice and run for the hills! In my route down Central I ran into the same group of British guys in San Pedro, Guat., then in Antigua, Guat. then at the border to El Salvador at 8 am, then in El Tunco, El Salv., then in León, Nica. (where they forced us to do the lava shot challenge at Bigfoot hostel upon arrival because it had gotten weird that we were running into them everywhere) then, finally, in San Juan Del Sur. We never took the same bus or planned to leave or stay in the same places, the stars all aligned and it always just happened. Speaking of the fellow backpackers….

Backpackers were a touch older and mostly more mature

I say this with a grain of salt. I am also more mature and older than I was during my trip in Asia which could mean I sought out fellow travelers in the same age bracket and maturity. But I really think it was the majority. Most backpackers were 25+. I think this is due to the safety stigmas of the regions. Little 18 year olds don’t want to risk getting knifed or robbed. 28 year olds though, we are mature and responsible and those things wouldn’t happen to us.

The nightlife was a touch more chill 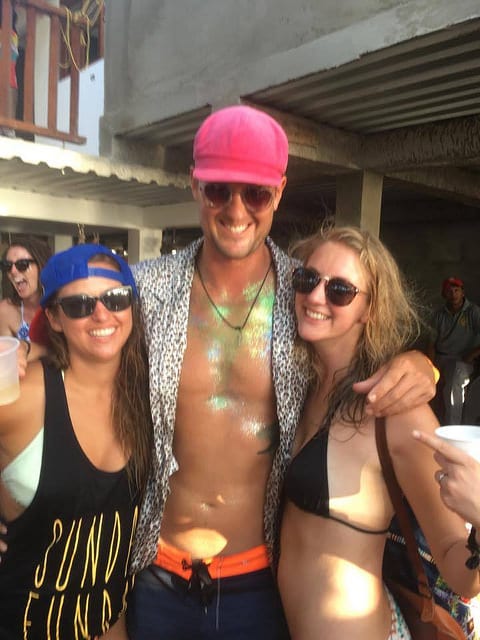 I think this is because everyone was a bit older, with a bit more worn out livers. I certainly can’t pound tequila shots like I once could. (I tried one day at 5pm, it ended with me in bed at 8:30pm…) I’m not saying it doesn’t exist, check out Sunday Funday in SJDS if you’re looking for an all day raver! Speaking of travelers….

Is it just me, or is EVERYONE who backpacks in Central amazingly attractive?? My friend and I had a moment our first night out in Antigua where we stopped, looked around, and both gawked about how attractive every single person there was. I know what all you Aussies are thinking… that’s because a lot of us travel there. Well, that’s fine. Keep doing it. As long as I now know where all the hottest men in the world hang out I’m good, wish someone had told me sooner. 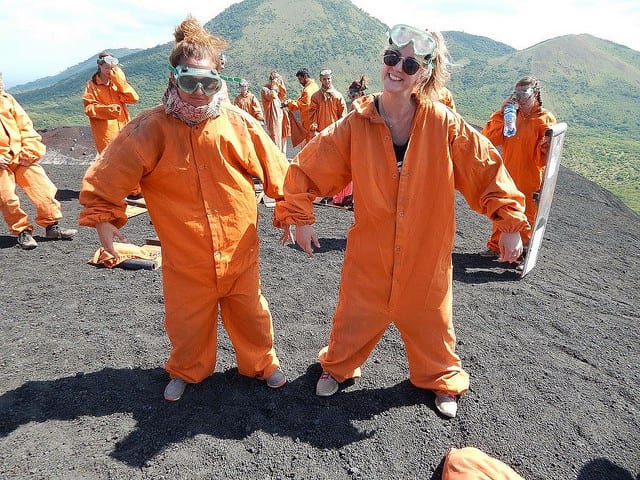 Things to do in Nicaragua include riding a toboggan down the side of an active volcano, hiking a volcano, and surfing. Things to do in Guatemala include surfing, hiking a volcano to sleep at the top and watch another active volcano erupt all night, and did I mention hike a volcano? Sleepy boat rides down the Mekong don’t really exist. Central America is an active destination. I certainly put the active in activities while I was down there. (Now that I think about it, maybe that’s why everyone is hot?)

There isn’t much in the way of street food.

Guatemala at least had avocados around every corner and on every plate. But other than that and pupusas, Central America left a lot up to my belly’s imagination. Nothing makes me happier than sitting on a plastic stool on the street eating beef straight off a grill. Unfortunately, those experiences were very few and far between in Central.

Hostels and guesthouses had kitchens

This was something new to me. Street food is so cheap in Asia I never even thought to make my own food. I lived there for a year and didn’t even have a kitchen. In Central America, every hostel had a kitchen, and people used them! I’d always walk in on big groups of travelers making family style meals or people toasting bread and cutting up avocados for breakfast. It definitely helps to offset the slightly higher cost of food in Central. 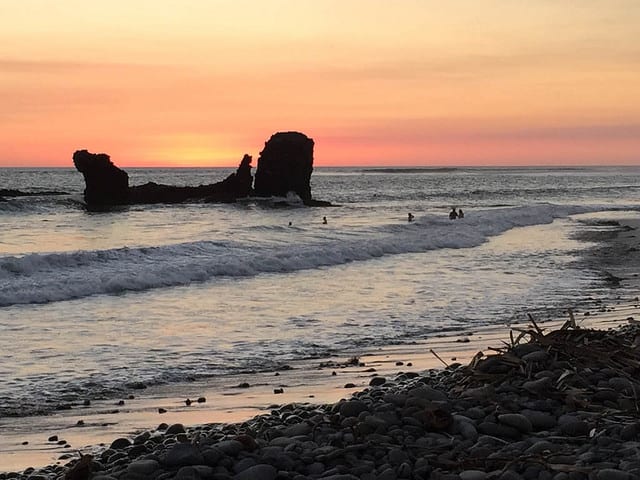 It’s nice running into the same group of hot guys over and over again, but it certainly killed my appetite seeing hamburguesa stands at every corner. Backpacking in Central America certainly had its positives and negatives. I think visiting as an upper 20-something was a great decision on my part and if you’re in that closer to 30 than 20 age bracket, go for it! If you do, stay away from the lava shot challenge in León, your butt will thank me for it.

Are you looking for a backpack for your Central America backpacking trip? Check out this post for our favorite recommendations for the best travel backpack!