I always knew I wanted to travel, and amazingly I never really wavered in that belief. It took me two years to save up and plan what I thought at the time was going to be a year-long round-the-world adventure. I thought I had it all figured out but I was so so wrong.

Lately I’ve been looking back at some of the old posts that I wrote before I quit my job in 2010. Back then long-term travel was just a dream, a golden goal. It’s pretty amazing to see how WRONG I was about my own way of traveling.

Here are some of the major things I mistakenly believed:

That I Would Stick to my Itinerary This trip I planned only vaguely resembles the trip that actually happened. I never made it to New Zealand, or Egypt or Eastern Europe. I never hiked Hadrian’s Wall with my Dad. I’d still love to do all of those things at some point. I actually never even made it all the way around the world, so my entire trip was totally mis-named.

I also never anticipated that I’d spend 3 months living in China of all places, or that I’d end up backpacking through South America. These things were nowhere on my radar when I wrote up that post 3 years ago. It’s kind of amazing.

This is a big part of why I now always tell people to be as flexible as possible with your big trip plans. I could never have anticipated 75% of the things that have happened in the past few years and I’m so grateful that my plans were loose enough to be changed (and that I didn’t buy a RTW ticket).

That I Would Travel Alone Forever I put my foot in my mouth on this one: in the year before I left I made a pretty big deal about traveling the world ALONE. I wasn’t waiting around for any guy to show up! Solo travel forever!

Well, I still love solo travel and I’ll never really give it up completely, but like I said above, the plan changed. In my case fate rather dramatically slapped me in the face when just two months before I was set to leave I met a terrific, travel-loving guy. The resulting relationship totally scrambled my itinerary, my travel style, everything. It was the start of an adventure that’s ongoing to this day.

When you’re traveling for a long time and totally uprooting your life, you have to be ready to adapt to the curve balls life will almost certainly throw at you. I’m just glad I didn’t pass up on one of the most terrific things in my life because I was too rigid in my thinking.

That I Would Get Rid of all my Stuff 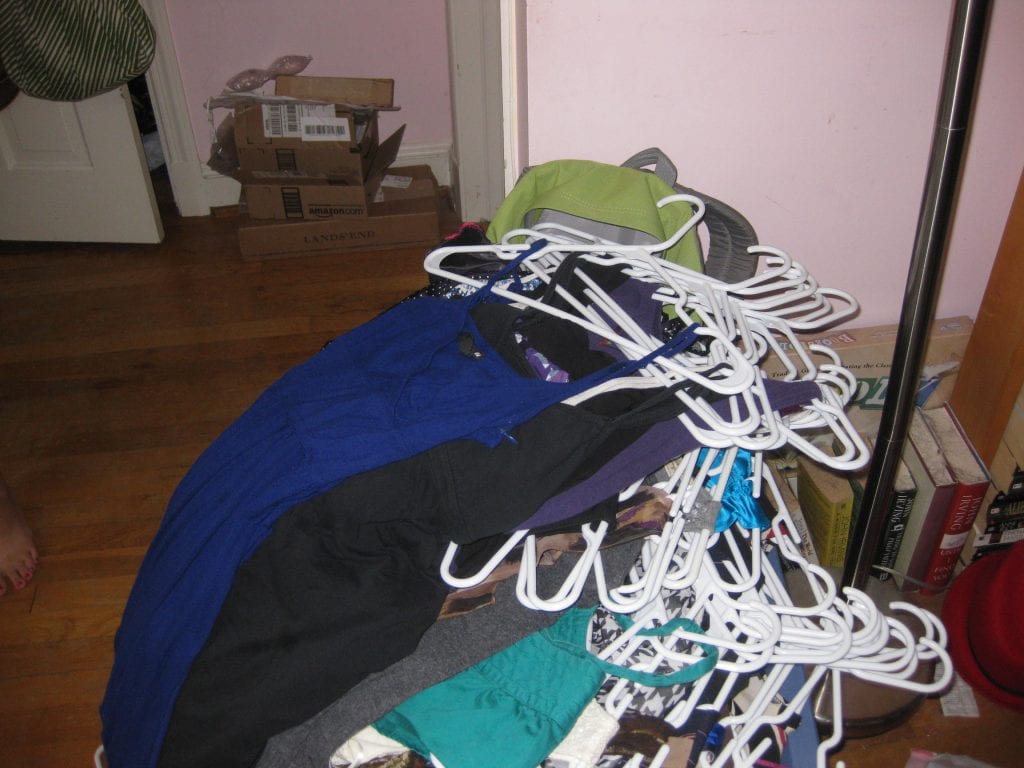 When you read a lot of travel blogs, you start to recognize the same patterns and process everyone goes through when gearing up to travel. The money-saving, plane-ticket buying, life re-ordering stuff. One of the big components that comes up again and again is the idea of selling all, or at least most of your possessions. In addition to raising money for your trip I think it’s supposed to be a life cleansing process or something.

I bought way into that. I was so ready to sell all my crap and travel the world with a clean slate, I even wrote an article about it. Well, guess what, it didn’t happen. I donated a huge truckload of clothes to goodwill, I sold my car, but that was it. Selling stuff was too time consuming both physically and emotionally. I left behind three bookcases of books, a closet of clothing, a tiny stuffed animal collection and more.

You know what else, I’m glad I did, because I’m back now and that winter clothing came in handy after all. Your free to pick and choose which advice you want to take, and you don’t have to fit your trip into anyone else’s mold. Just do what makes sense.

That I am an Organized Person My intentions were good. When I was planning my trip I had spreadsheets and word documents, all meticulously researched. I had budgets mapped out and timetables. Everything was planned and perfect.

Of course, once I got on the road I ignored it all. Never looked at any of it. I estimated my budget based on the amount in my bank account and frantically wikitravel searched each new city when I arrived. Because that is just the way that I work. It was fine.

What I failed to realize is that traveling was not going to somehow magically transform me into this awesome Type A person. All my bad habits from home were still my bad habits on the road. I wish I had realized that earlier and planned a system that would actually work for me.

That I Would Take my Malaria Pills I carried around 300 capsules of doxycycline for months, just waiting til I got to Laos to crack those bad boys open. I took them for a week before I had to stop. They made me so nauseous all the time! I decided to make do with extra strength bug spray instead.

Now, I’m not saying you shouldn’t take your malaria pills. Getting malaria would suck. It’s just that once I was on the ground in SE Asia I was able to assess the situation more carefully than I could from 1000 miles away and make the best decision for myself.

That I Knew Anything At All

I look back on myself three years ago and I think wow, what business did she have starting a travel blog, giving other people advice on how to travel? Bless you people who have been reading since then and sorry for some of those crappy older posts.

So many things didn’t work out the way I planned them at all, but I don’t feel bad about a second of it. I couldn’t have known how the reality of the road would match up to my expectations, and neither can you, because everyone is as unique as the trips they plan.. That’s part of the adventure I guess.

30 thoughts on “How I Was Totally Wrong About RTW Travel”