Thailand may be becoming increasingly modern and Westernized, but certain aspects of the country’s culture remain quite traditional. Foreign tourists definitely aren’t new to Thailand, and therefore Thai people are pretty accustomed to the unintentional faux pas visitors tend to make. Most Thai people are quick to forgive these innocent cultural missteps, but as you might expect, travelers who make the extra effort to respect local customs are well appreciated. With that in mind, here are a few ways to avoid embarrassment and be a more culturally-conscious traveler when visiting Thailand.

Be Aware of Heads and Feet 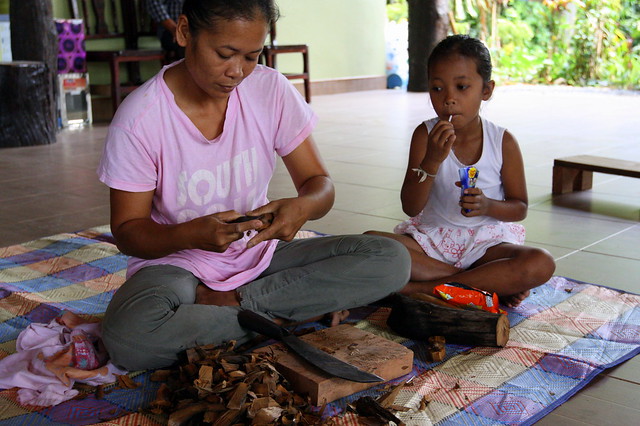 In Thai culture, the head is the most sacred part of the body and the feet are the filthiest (both physically and spiritually). For this reason, it’s important to never touch a Thai person’s head and likewise never to show the soles of your feet to anyone. It sounds like odd advice because why would you go around touching heads or waggling your feet in someone’s face, but it’s surprisingly easy to break these taboos. For example, if you’re teaching English, you might be tempted to affectionately ruffle the hair of some of the kids. Similarly, you might casually put your feet up on a desk or chair, or end up pointing your feet at someone when you’re curling up on a long bus ride.

If you’re trying to learn a few Thai phrases, you’ll probably notice that Thai people end their sentences with the particles “kha” or “krub” to indicate politeness. The important distinction is that women use “kha,” while men use “krub.” So for example, “thank you” is “kop-khun-kha” for women but “kop-khun-krub” for a man. It seems simple enough to remember, but I often overheard male tourists saying ““kop-khun-kha” and vise versa, which sounds kind of silly.

You can add these particles to make any question or statement sound more respectful – you may even notice some Thai people add them to the end of English words, saying things like “Thank you kha.” 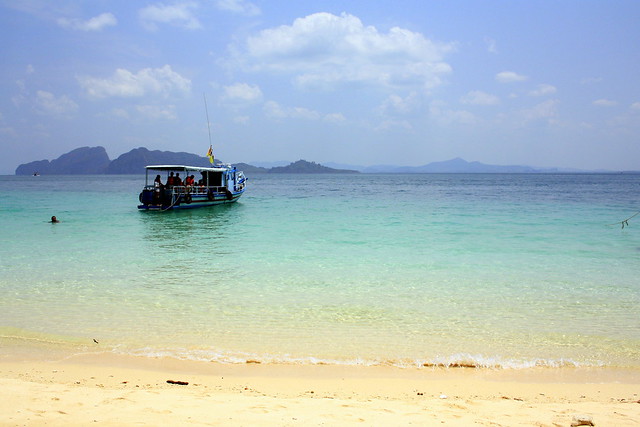 PDAs are considered to be inappropriate in a lot of countries, but the unspoken social rules are particularly strict in Thailand. Kissing in public can make Thai people very uncomfortable, and not just the kind of overt make-out sessions that would also make Westerns feel a bit awkward. One time when by boyfriend and I were teaching in Thailand, he gave me a quick kiss on the cheek as he left to go teach a class and a Thai teacher saw it happen. She (uncomfortably) pulled us both aside later to explain that this wasn’t acceptable.

It’s generally ok for couples to hold hands in larger cities, but even this is considered to be improper in more conservative areas of the country. I also realized pretty quickly that my Thai friends weren’t really comfortable being hugged.

There’s that old adage about not bringing up politics in casual conversation, and this is definitely true when it comes to Thailand’s Royal Family. Thai people love and respect their King, and even a friendly joke about him is a serious offence. In extreme cases, it’s actually possible to be imprisoned for speaking ill of the King under Thailand’s “lese majeste” laws.

It’s likewise important to show respect for images of the King. For example, if you drop some coins (which have the King’s face on them) it might be natural for you to use your foot to stop them from rolling away. However, going back to my earlier point about feet, that would mean touching the King with the filthiest part of your body – not good. Similarly, my boyfriend once almost licked a stamp with the King’s image when mailing a letter, but a friendly quickly grabbed his arm and told him not to “Lick the King.”

Use Your Spoon and Fork Right 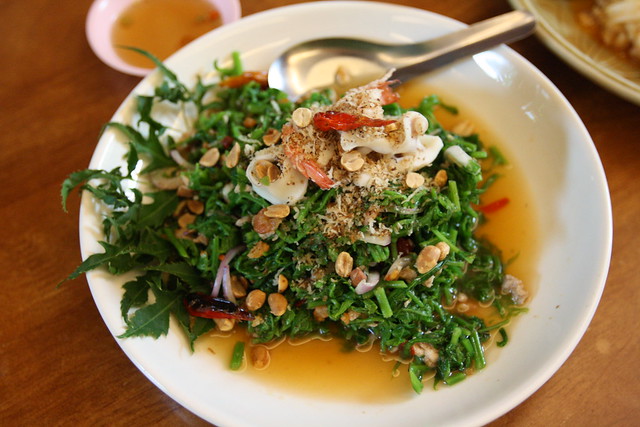 You’ll be given a spoon and fork with almost any meal you eat in Thailand. You’ll rarely see any knives because food is normally served in bite-sized pieces. If it is necessary to cut your food, the consistency is typically soft enough that you can use your fork and spoon to chop it up as you eat. The fork is used to pile food onto your spoon, and only the spoon goes in your mouth. You’ll occasionally be given chopsticks for noodle dishes, but the spoon is still the main utensil. In this case, you’ll often see Thai people using the chopsticks to load the spoon with the noodles (I actually have a really difficult time not eating all noodle soups this way now because it’s so much less messy than my attempts at slurping).

11 thoughts on “How Not to Embarrass Yourself in Thailand”