There’s this startlingly accurate Paul Theroux quote that says “travel is glamorous only in retrospect.” Travel is sometimes messier and more stressful than many of us would like to admit. It means putting yourself in situations that are often completely unfamiliar. You’re bound to encounter a few mishaps here and there as you adjust to new people, new places, and new tasks. What do you do when your travel plans go awry? I’ve seen more than my share of travel disasters and these are my top tips for managing them.

Prepare for the Worst, Believe in the Best 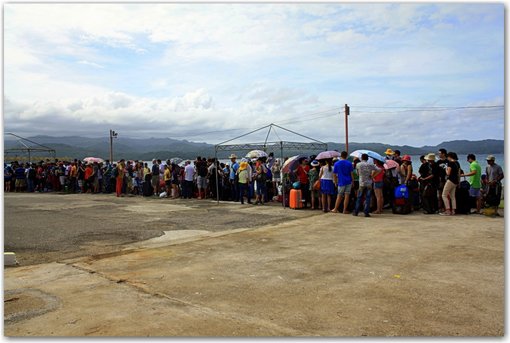 Almost all of my travel disaster experiences can be traced backed to poor preparation on my part. That time Brent and I arrived at the wrong airport in Bangkok? We probably should have double checked the airport code before heading out. That time we realized we’d just paid the equivalent of $40 for a five-minute taxi ride when we first arrived in Indonesia? We probably should have reconfirmed the exchange rate before making any purchases.

Over the years, my numerous travel misadventures have taught me to over-prepare. I regularly arrive at airports more than 3 hours early to allow for any potential hold-ups or problems en route; I have back-ups maps in case the GPS stops working in my rental car; I make sure someone always knows where I am when I’m traveling alone.

Although I try to be ready (both practically and emotionally) for things to go wrong, I do my best not to let fear or paranoia creep into my planning process. Without getting overly philosophical, I think that you attract whatever you put out into the universe. If you’re always expecting a disaster, you’re probably going to get one. 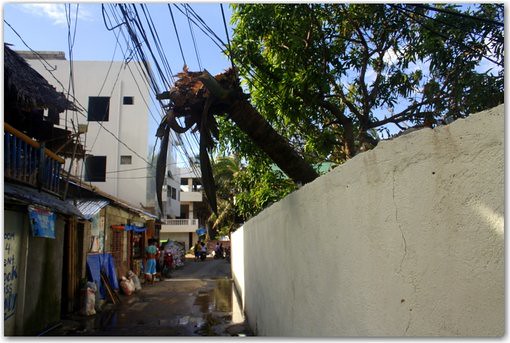 I don’t need to tell you that no amount of careful preparation can guarantee you won’t still encounter problems on the road. There wasn’t much Brent and I could have done to prevent him from breaking his foot in Puerto Rico, or to avoid getting trapped on Boracay when Super Typhoon Haiyan hit the Philippines.

It’s simple advice, but one of the most important things I force myself to do when something goes wrong is to stop and take a breath. It only takes a moment. When I’m facing a challenge my instinct is to rush into action, but I know I make better choices and move towards a solution more quickly when I pause (even for just a moment) before deciding on my next move. 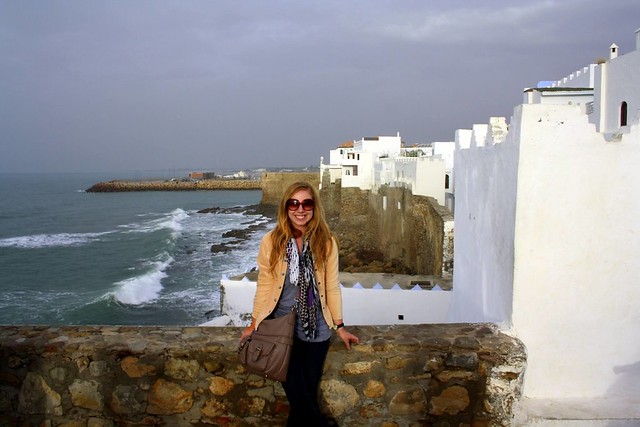 I find the aftermath of a misadventure is often much more significant than the misadventure itself. It’s so easy to let the anxiety and negative feelings resulting from getting totally lost or missing a connecting flight to linger for the rest of your trip. Most of the time, my advice is to stop running “what-ifs” over in your mind and move on as quickly as possible; but there are other situations when it’s better to admit that it’s time to call it quits.

After a run-in with squatters at our house sit in Spain, Brent and I cut a subsequent trip to Morocco from a week down to just a day-trip. We were feeling far too vulnerable to take on a new country. It’s sad that this particular disaster caused us to miss out on something we’d been looking forward to, but it would have been a terrible idea to push ourselves into a new challenge when we were already feeling defeated and overwhelmed. Although it was disappointing, I know we made the right decision to change our plans.

Whether it means letting go of what went wrong, or taking a break until you feel ready for more adventure, let your instincts guide how to best get over the mishap and get back to rocking your trip.

9 thoughts on “How to Handle a Travel Disaster”