Classes were wrapping up on a Friday morning in mid-September, and my Brazilian Portuguese teacher casually mentioned we wouldn’t be having class the following Thursday or Friday. Before I could bat an eyelash, I found myself perusing plane tickets, buying one from Rio to Santiago, Chile and frantically packing my bags. I hadn’t really done much research about Santiago, nor did I bring clothing adequate for the cold temperatures that blew through the city, but I did know that the money I’d spent to get there wouldn’t go to waste.

When I told her I was going to Chile, my host mom probably thought I was nuts.

Nonetheless, more quickly than I expected I was on an airplane, flying over the snow-capped Andes Mountains and attempting to read the Chilean newspaper they’d offered me as I boarded. Someone had mentioned to me that it was a major holiday weekend in Santiago and that there would be a huge, citywide party, which of course didn’t curb my excitement one bit. Since the trip was booked completely on a whim, I decided I’d wait until I got to my hostel that night to research the festivities.

To my surprise, when I got to Santiago things seemed quiet. There were only a few cars on the street, a stark difference to what I’d imagined the Chilean capital to hold. Apparently, it was the nationally renowned Chilean Independence Day, and not only did everyone have a holiday from work, but the celebration also included a giant festival in the middle of the city. Many Chileans choose to escape to nearby paradise areas such as Viña del Mar or Valparaiso, while others enjoy the weekend off my staying at home and spending time with family. 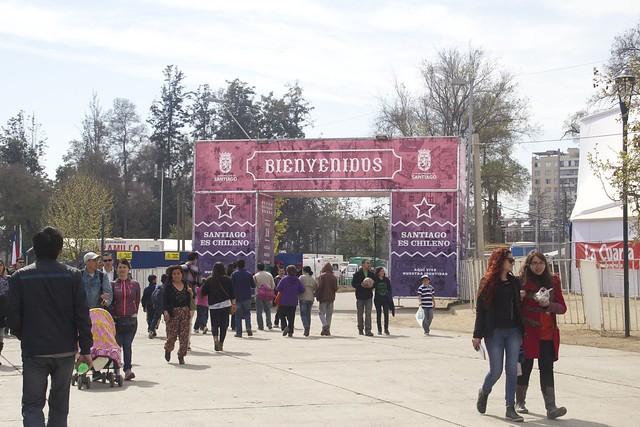 I figured since I was already in Santiago, I would try to see as much as I could and take advantage of this amazing opportunity to learn about some Chilean traditions. Along with some new Korean friends from my hostel, I went to explore the fiestas pátrias in the Parque O’Higgins. We found the nearest metro and jammed ourselves in the spaces between crowds of families and giddy tourists, carefully making eye contact with the others in our group so we could reconnect later. Man, this event must have been all the rage, or at least that’s what the heavy congestion suggested. 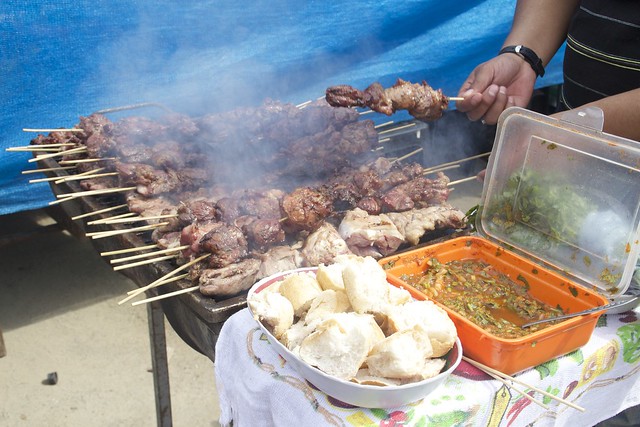 The crowds only persisted as we approached the park. Once we disembarked the metro, sounds of music and scents of grilled meat floated above the hundreds of people fighting to get out of the station just a little bit faster. Kites of different colors and shapes danced through the air, catching the perfect breeze there and again on this overcast day. We made our way towards the stadium where the army parade would take place, climbing just high enough on the border fence to see above the crowds.

Of course, I was more preoccupied with the food offerings at the festival, so once we’d marked our territory a few of us followed our noses to the food stands. Fresh ceviche sat in ice buckets right next to half a dozen stands of grilled meats, vegetable dishes, and empanadas. It all looked and smelled like heaven. Excited by the chance to practice my Spanish, I bought meat skewers, ceviche, and a few other small snacks that were sold street-food style. Maybe I was just extremely hungry, but the meal I ate that day was one of the best I’d had in my life. There were also a bunch of artisans and booksellers lining the sidewalk, so I took a few minutes to peruse their handcrafted items. If I have one guilty pleasure of travel, it’s picking up little handmade knick knacks along the way. 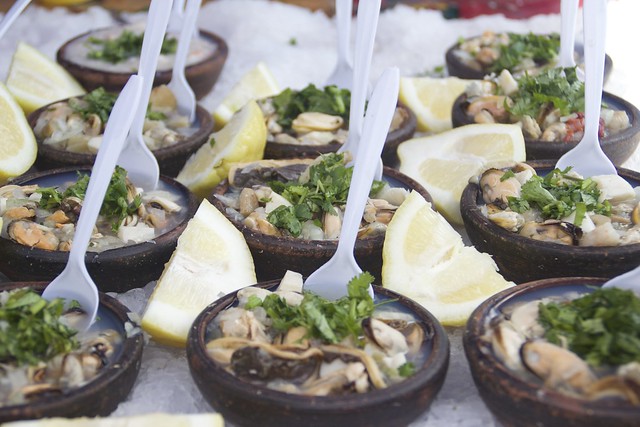 After we’d filled our stomachs, we watched the annual parade, complete with military officials and a marching band. It was a spectacle, more so for the regalia and the traditional appeal than anything. I felt the pride that the Chileans felt that day, as if it were wrapped around me like a blanket.

An older Chilean woman and her daughter stood next to me and we started conversing in Spanish about university, Chile, and of course, food. They invited me to sit by them on their blanket as we talked for a few hours. I apologized profusely for my broken Spanish, but it was clear that they were excited to tell a tourist proudly about their country. At the end of the day, they even gave me their contact information and invited me into their home later that week! It was an amazing show of the Chilean (and South American) hospitality that warmly welcomed me during my stay there. 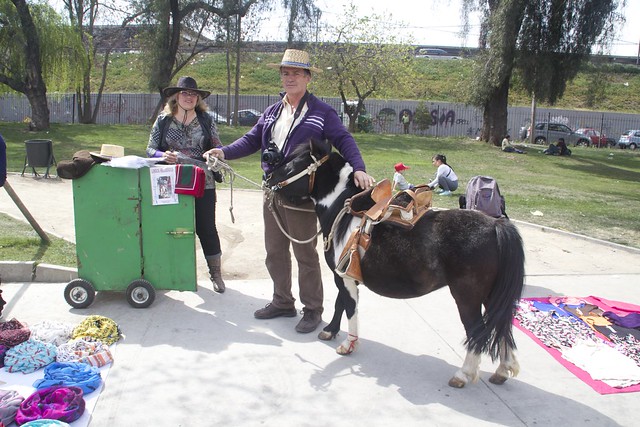 One fascinating thing about attending cultural events like the fiestas pátrias is that they are probably one of the most authentic ways to learn about a country and its people. The community of Santiago comes together each year for this giant, televised event and the grandeur of the event truly shines through. And even though my Spanish wasn’t perfect, I could definitely see the amazing sense of togetherness that pervaded the park, between the families all sitting together on blankets to the dozens of young boys playing soccer as the parade marched by. It was an amazing feeling to be a part of an event that seemed to bring the whole city together for a few hours.

After most of the day passed, it was time to go. Hundreds of people still hung around the park, conversing with friends, flying kites, playing soccer, or just basking in the energy of the day. As for me, I grabbed a quick dinner then treated myself to one of Santiago’s famous terremotos. And as I listened to the tunes of a local band performing in the next room over, I smiled to myself and thought “vale la pena,” or it’s all worth it.

5 thoughts on “Inside Santiago’s Fiestas Pátrias”