I originally wrote this post as a print guide to Capitol Hill, Seattle for our March house sitters, Dave and Lauren. They were so kind as to come watch Leo for three weeks while we gallivanted around Japan, and I really wanted to make sure they enjoyed living in our neighborhood to the fullest. Because it’s a pretty cool place.

People are pretty divided on Capitol Hill, Seattle (which is located just up the hill from Downtown). It’s not as cool as it used to be, it’s been overrun by tech bros (I suppose that probably includes myself and Mike), it’s passe. I get it, but man I still love my neighborhood. Mike and I have lived here for almost two years now and although we will eventually get priced out, I like nothing better than wandering my funky, fun and sometimes kind of strange area. I probably spend 90% of my time within a one-mile radius of my home (not having a car will do that).

So, since I am always being asked for my best Seattle recommendations, I thought I would share my guide with you guys. There are countless coffee shops, restaurants, and bars in Capitol Hill, with new ones opening and closing every week. We haven’t tried everything, but we’ve done quite a lot and here are my personal favorites. 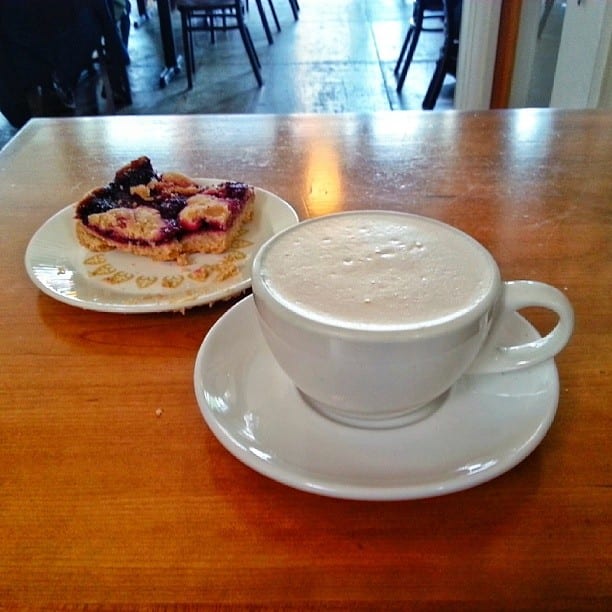 Okay look: I’m a terrible Seattleite because I don’t like coffee. I know this about myself. So I asked Mike instead since he is a bonafide coffee snob. He tells me the best coffee in Seattle is Espresso Vivace and the best place to get it is this walk-up coffee bar on Broadway. It’s true Seattle coffee and it has historical significance too- the place literally invented latte art.

Victrola Coffee Roasters– they roast their beans on site and make some very nice cups. The chai is good too!

Stumptown – It’s usually packed in here so you might not find a seat but the coffee is incredible. It’s technically a Portland chain, but you can’t visit the Pacific North West without going to Stumptown.

I’m not a coffee drinker but I frequent plenty of coffee shops for their ambiance and their baked goods. My favorite place to get some work done is Ada’s, a bookstore that specializes in science and technology books. It’s cute, has a nice atmosphere and plenty of tables to spread out and work with a home-made pop tart.

Elliot Bay– Another bookstore (there is just something so inspiring about working in bookstores), with a nice cafe in the back. Their internet can be a little spotty but the fabulous tea selection and the baked goods make it worthwhile.

Scratch Deli– a sandwich/coffee/bar kind of place on 12th. They have beer on draft and board games too. They are also dog-friendly so Leo loves it too.

Roy Street Coffee– If we’re being honest, Roy Street is technically a Starbucks in disguise, but it’s super comfy and has lightening fast internet so you won’t mind too much. 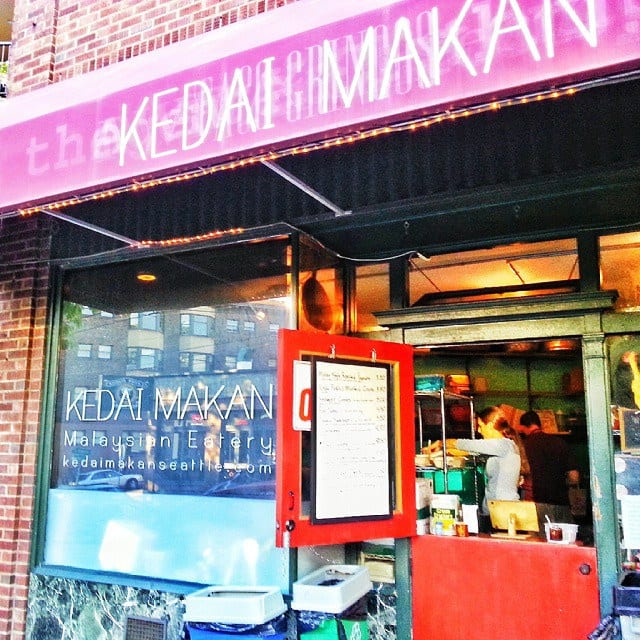 This is the place where we always take out of town visitors to impress them. They serve up huge plates of really delicious Malaysian food- think nasi goreng, roti, and chili pan mee. I am obsessed with their kerabu timun nanas, which is a really refreshing salad of pineapples, cucumber, peanuts and chili sauce.

Honey Hole– An eclectic bar/ lunch place with amazing and HUGE sandwiches- both the vegetarian and the meaty kind. Try the Emilio Pestevez, the Gooch or the Buford T Justice.

Tacos Chukis – Super cheap, pretty authentic Mexican food hidden away on the second floor of a little mall on Broadway. Probably the cheapest lunch you’ll find around here and the al pastor is shockingly good.

Rancho Bravo– is another great option for cheap, legit Mexican food. Pregnant me has been sending Mike out for their horchata on the regular.

Hot Mamas– Mike and I are picky pizza eaters, and we can pretty firmly state that Hot Mamas is the closes you can get to New York Style Pizza in Seattle. My favorite is the pesto pizza- just try it. 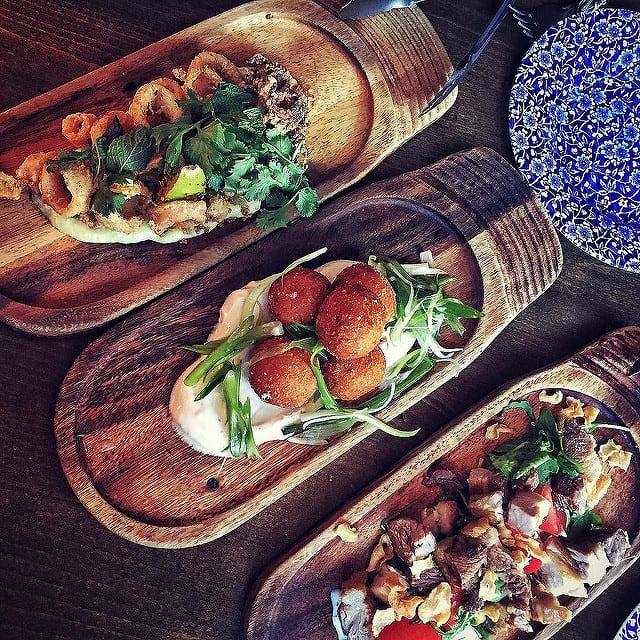 I have been here a few times for dinners and tastings and their food is always so interesting and good. They have dozens of different hard ciders on tap and their menu is entirely gluten free, but you would never know it if nobody told you. Their menu rotates seasonally but I’m a big fan of the fried calamari and the pork chops.

Other Great Places to Splurge in Capitol Hill, Seattle:

Via Tribunali– Call me a traditionalist, but I just love a really nice, fancy Italian place. Via Tribunali has spectacular Naples-style pizzas (you cut them with scissors!). If you’re feeling decadent the Nutella calzone is pretty crazy.

Soi– there is plenty of cheap Asian food in Seattle, but if you want to splurge on some fancy nouveau-Thai, Soi is a pretty cool place with insanely delicious food. The boneless chicken wing stuffed with marinated ground chicken, slow cooked in Panang curry sauce was pretty mmind-blowing

Smiths– I’ve heard lukewarm things about dinner here but I think their brunch is one of the best in town. 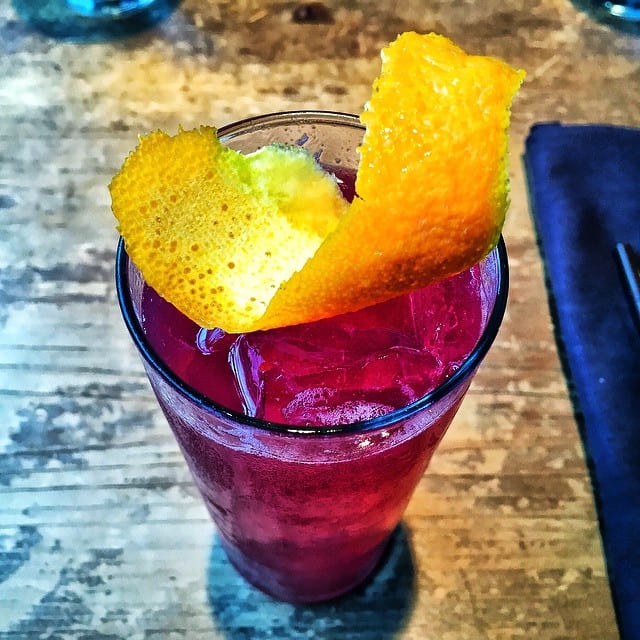 It’s really hard to pick just one because there are some great bars around here, but I’ll go with Montana, which is probably the hippest, most divey place around. The place is covered in grafitti, they don’t serve food (you can bring in your own) and it’s dark as hell but it’s just got the best ambiance around. Also, they have moscow mules on tap!

Other great spots for cocktails

Rachel’s Ginger Beer– Skip the crowded one at Pike Place and head to the new branch on 15th where you can sample a huge variety of flavored ginger beers spiked with the alcohol of your choice. They also serve fantastic fries with about 30 different flavors of mayo. 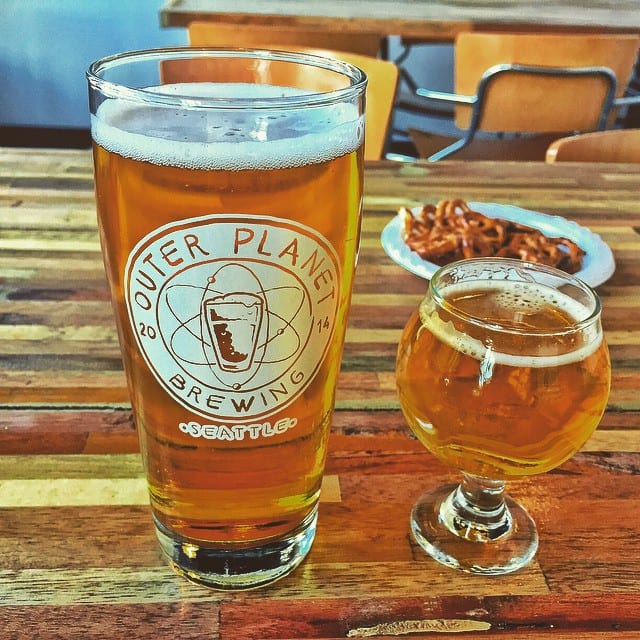 This place just opened a few months ago and it’s set to become our favorite weekend hangout. It’s enormous, dog and kid friendly, and just a great chill out spot where you can bring in your own food, order up some beers and hang out.

Outer Planet– Another, smaller brewery on 12th with really nice beers and a nice staff.

Six Arms– Kim and I have been on a mission to find the best tater tots in Seattle and trust me, these are them. This is a great happy hour spot with some tasty McMenamin’s beers.

Venturing outside Capitol Hill and love beer?  Then here is how to visit 10 Seattle breweries in one day! 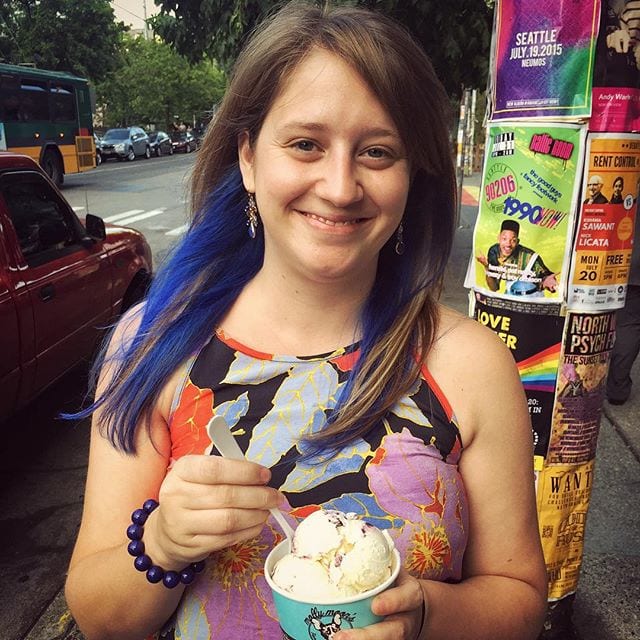 To be fair I love pretty much ALL ice cream, but this ice cream spot is particularly good. They have a bunch of the classics along with some gourmet flavors like Honey Lavender and rotating seasons like Vanilla Rhubarb Crumble. If you love coffee the Stumptown Coffee flavor is heavenly.

Bakery Nouveau– This bakery on 15th is really really good. I want to go there right now.

Cupcake Royale– Cupcakes. Big ones. Are we over cupcakes now? Never.

Hello Robin– If you hike all the way down to 19th Ave you will be rewarded with some pretty amazing cookies. My favorite is the Macklesmore- named after Capitol Hill, Seattle’s most famous rapper, it’s basically a s’more/cookie hybrid. They also serve Molly Moon’s ice cream here.

Mozart Guest House embodies Victorian Charm in the heart of Capitol Hill.  This cozy inn is just ten minutes from Pike’s Market and has a library and common room with fireplace and piano.

Gaslight Inn is your home away from home in Capitol Hill.  This eight bedrooms charming inn is centrally located and offers all the comforts you could want including a common room and a fireplace. 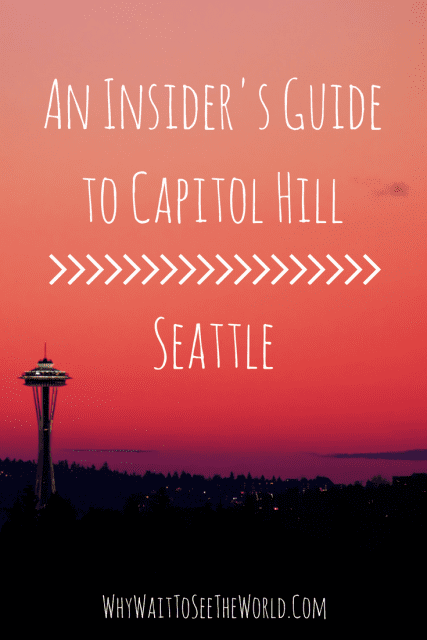 5 thoughts on “An Insider Guide to Capitol Hill, Seattle”