When I found out my next assignment was going to be in Acapulco, I immediately felt wary. I’m still a newbie to travel in Mexico, and I couldn’t remember exactly what I had heard about Acapulco but I had a feeling that it hadn’t been good.

Some online research only worsened my concerns, as I skimmed through articles talking about high levels of violence and blood-stained sand dunes. Part of me knew it was scare-mongering-hype, but some of the images were difficult to shake off.

So let’s cut through the fear-driven headlines and get real: Is it safe to travel to Acapulco?

The Short Answer about Travel to Acapulco 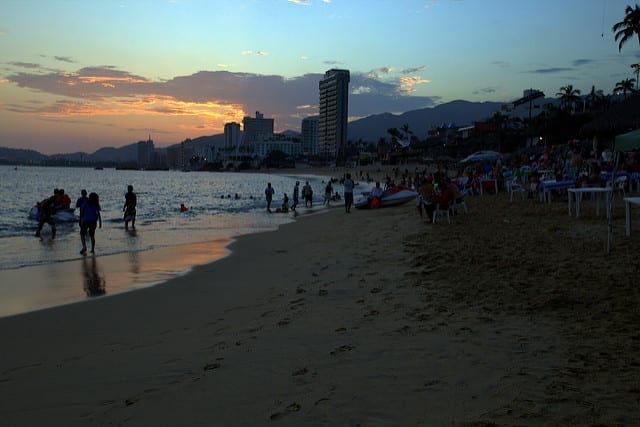 Basically, yes, it’s safe to travel to Acapulco. Although the surrounding state of Guerrero is listed on US and Canadian travel advisories, Acapulco remains excluded from these lists. I spent 12 days alone in Acapulco, and I never felt like I was in any danger. 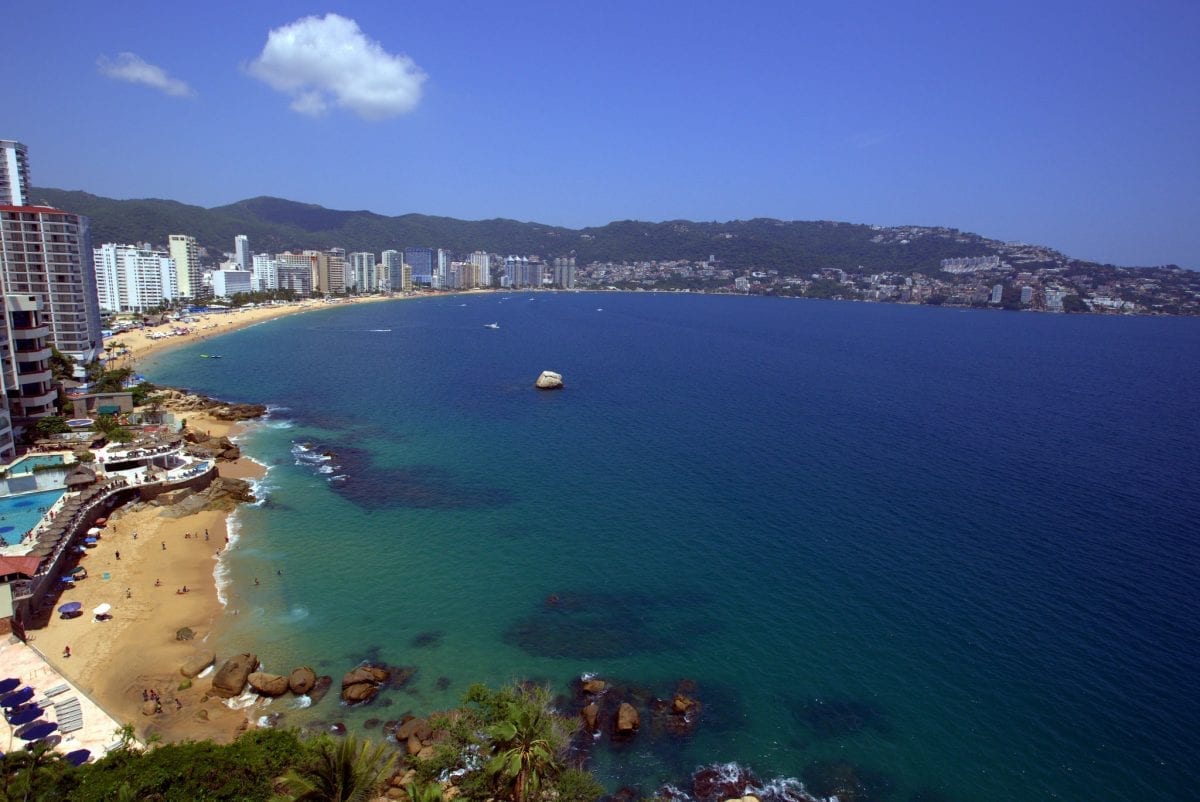 Acapulco and I didn’t get off to a good start. As my taxi from the airport turned onto Avenida Costera Miguel Aleman (the Costera), the city’s main tourist road, we pulled up directly behind a police vehicle.

The uneasiness this caused me wasn’t because the vehicle had six officers standing in the back of it; or because they were dressed in full uniform complete with rifles – but because they were pointing those rifles squarely at the surrounding traffic. So that’s how we drove down the street: Behind this mini-army and literally staring down the barrel of one officer’s rifle the entire time.

This wasn’t the last time I saw one of these police convoys during my visit, and it was always the same- guns never holstered, instead out and ready as if the officers might need to open a barrage on rush hour traffic at any moment.

In addition to these aggressive-looking vehicles, police presence in Acapulco was high across the board, with officers also standing watch over most beaches. I’m not sure if it’s all designed to make tourists feel safer, but it definitely has the opposite effect. Seeing all those officers created a tension that I don’t think I would have felt otherwise – an edgy sense that things could descend into chaos at any moment.

The beaches were packed with tourists, but I only saw maybe one or two other foreigners in almost two weeks. A few of the hotel managers I talked to told me that more Canadians and Americans visit during the winter, but I have a feeling that was just overly optimistic talk (particularly since Isla Mujeres, for example, was filled with foreign tourists only a few weeks earlier). Everything I read before visiting indicated that foreign tourists have been avoiding Acapulco over the last few years and everything I saw confirmed that. 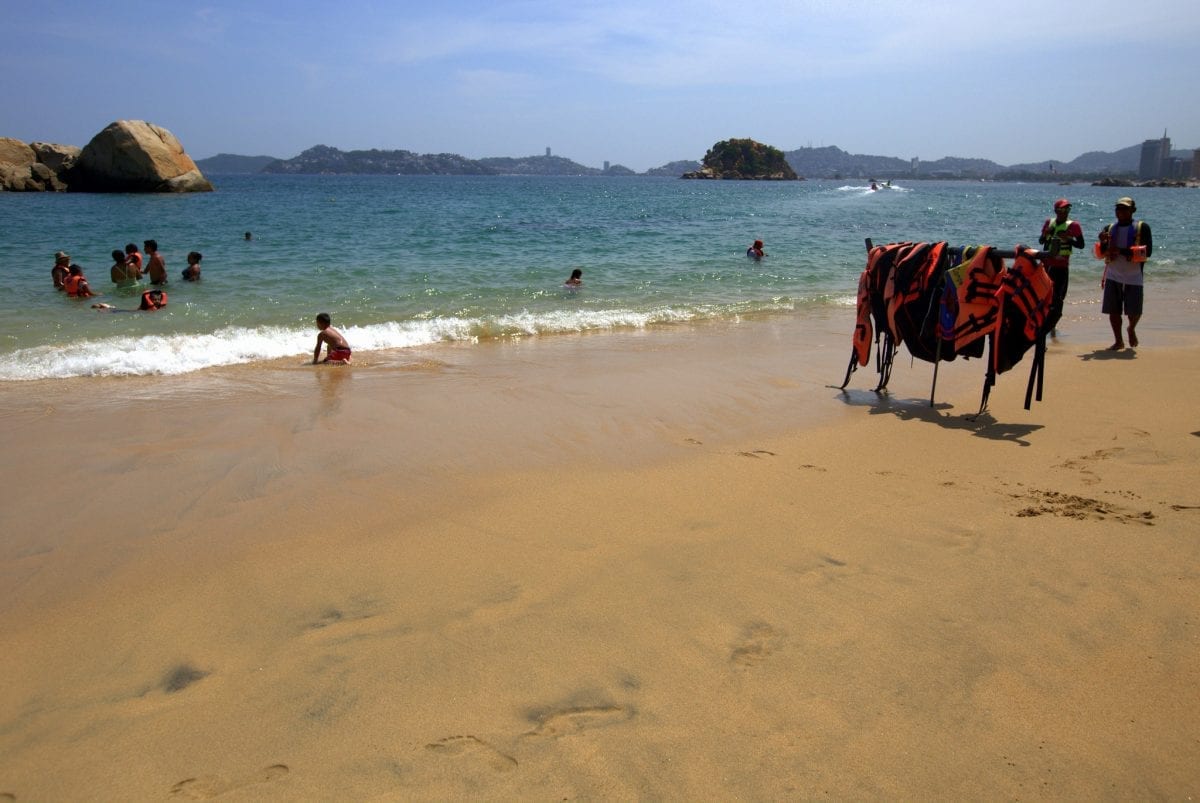 When I was researching for the trip, the main piece of advice I received from other travelers was “don’t go into the hills” (a rather ominous-sounding recommendation). So that’s what I did – I stuck to the touristy area of the city that runs along the coastline. This road was busy with bars, restaurants, shopping malls, families with little kids, women in tracksuits doing calisthenics in the park, and all the other trappings of a normal city. I felt totally comfortable walking along this road to find a place to eat or pick up drinking water at the convenience store.

Acapulco has a few bus systems that run along the Costera, which are the easiest way to get around. I mostly stuck with taxis because I was changing hotels every night for my assignment, and dragging a lot of expensive camera gear around. I asked the hotels to hail taxis for me so that I could be sure they were licensed.

There are a lot of places in the world where I feel ok having a beer with dinner and then walking back to my hotel, but Acapulco isn’t one of them. I didn’t feel unsafe, but I did feel I needed to have my guard up 100% at all times. This was a subjective decision, of course, and it’s best to trust your own instincts. 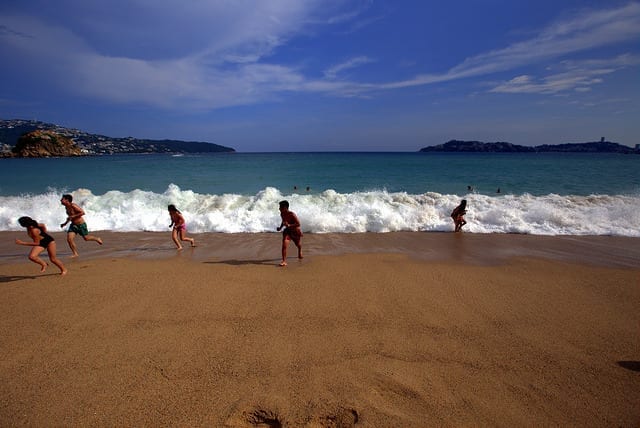 I wanted to come home telling everyone how beautiful and misunderstood Acapulco is, but the truth is that I can’t see myself ever going back.

For one, the beaches just don’t measure up, with their coarse sands and border of aging hotels. Acapulco’s other main draw is nightlife, which is not something I seek out as a traveler – particularly when I’m traveling alone. With so many people advising me to stick to the main streets, I couldn’t really do the aimless wandering I like to do when exploring a new city. It also meant that most of the restaurants I ate at were geared towards tourists – maybe I was just unlucky, but pretty much all the meals I had in Acapulco were overpriced and not that good.

That doesn’t mean Acapulco doesn’t have anything going for. Although I found the beaches a bit disappointing up close, the classic view of curved Santa Lucia Bay bordered by hills dotted with houses of all shapes and sizes is undeniably striking. Every time I looked at that vista, I understood why Acapulco became a hotspot for celebrities in the mid-20th century. Also, with so few foreign tourists, it’s definitely a perfect place to practice Spanish and chat with locals. And if you are into the clubbing and partying scene, there’s a lot of it.

So is travel to Acapulco safe? Yes. Is it worth the trip? Maybe not. 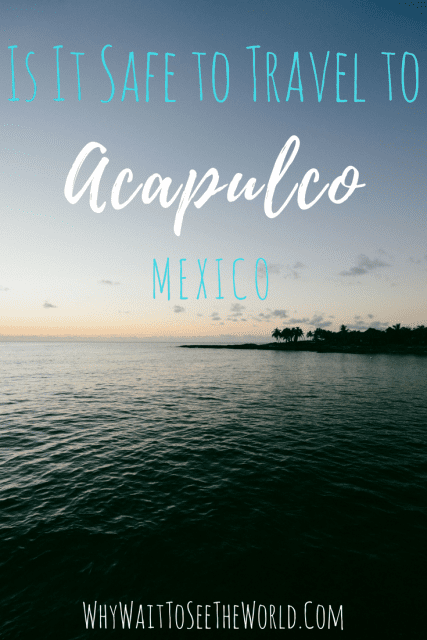 36 thoughts on “Is It Safe to Travel to Acapulco?”