I have a secret:

I’m not really a very brave person. At least I don’t think so.

If you travel a lot, especially alone, you hear the phrase “you’re so brave” so often the words lose all meaning. It comes from non-travelers mostly, who are under the impression that traveling especially for an extended period of time takes some sort of intense inner resources (or foolishness) that normal people don’t possess.  But is travel risky?

I don’t know though, I don’t feel like a particularly brave person. I’m scared of a lot of pretty stupid things: answering the phone for example, or squirrels (hey, don’t judge me). I’m not scared of traveling the world though because I don’t think it’s a particularly dangerous activity.

On the one hand, the risks of traveling abroad are greatly exaggerated. Thanks to ridiculous movies like Taken and Hostel, where young travelers meet grisly fates simply for having the audacity to visit Europe, there is this idea that by leaving the country you’re taking your life into your own hands. Couple that with news reports of violence around the world, and it’s not surprising people think traveling abroad is a dangerous activity.

On the other hand, it’s true that when you travel you do take on a certain amount of risk. You do any time you step outside your front door and engage with the world. When you travel you are moving around a lot, trying new things like zip-lining and street food. When you put yourself out there, there is always the risk of something going wrong. Which is of course why all good travelers try to mitigate that risk by buying backpackers insurance, being aware of their surroundings and storing their belongings safely.  So is travel risky?  Yes and no. 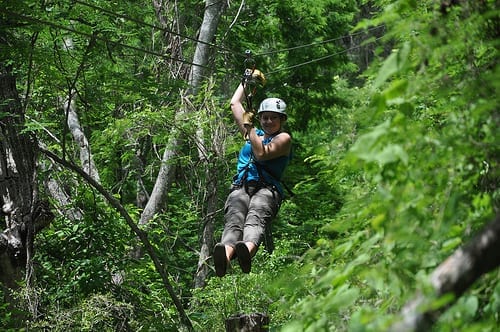 There is a difference between good risk and bad risk. It’s the line between being adventurous and being dumb, and sometimes it’s hard to know which side you’re walking on. Doing things that scare you are important, and a step to self-discovery, but sometimes fear is a real indicator that something’s wrong. It’s a fine line between living life to the fullest and doing something regrettable. It’s something that everyone has to learn and I think travel is just an accelerant for figuring that out.

What do you think: is travel risky?

Here are more thoughts on Travel Safety and how to stay safe on the road:

An Important Travel Safety Reminder: Buckle it Up!

Travel with Caution, Not Fear

Do NOT Cancel Your Travel Plans Because of Terrorism 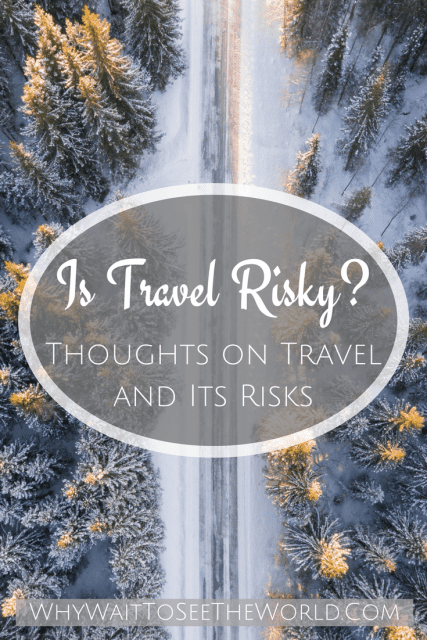 This post was written by me, sponsored by Insure and Go