You probably think you know Italian food. It’s one of the least mysterious, most familiar cuisines, available nearly everywhere. I doubt there’s anyone in the Western world who considers pasta an exotic food or pizza to be strange or mysterious.  But on my latest trip to Italy, I learned some really interested Italian food facts.

Yes, for the most part, Italian food is what you expect it to be (unlike Chinese food which is a total different). Funny thing when you go to Italy though is that nothing is quite like you’ve known it at home. For starters, it’s all 1000 times better. Then you start diving into the history and the food culture and you learn some really surprising Italian food facts.

This trip I really started to dig into the meat of Italian cuisine. I even went on several food tours around Rome, including one with Walks of Italy, “Rome Food Tour: Markets, Tasting and Pizza Making,” which centered around the popular Campo D’Fiori food market. There I learned some really surprising Italian food facts:

Italians only Started Eating Tomatoes around 300 years ago 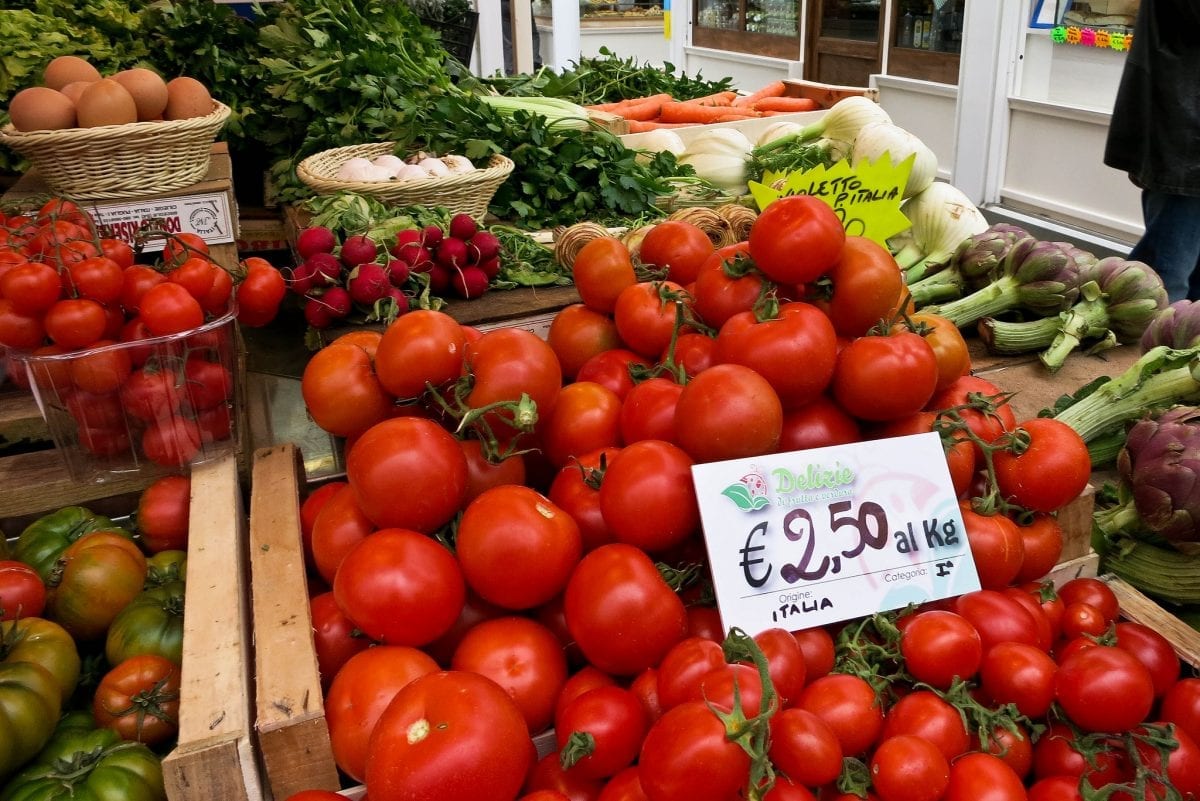 Yes, the most iconic Italian ingredient hails from the New World and only made it’s way to Italy in 1548. Even then it wasn’t considered edible- it was mainly used as a decoration! People actually thought they were poisonous!  As crazy as it sounds this is a true Italian food fact!

At some point, someone somewhere took a big ol’ bite out of a tomato and the rest is history.

Pizza is not a Traditional Italian Food 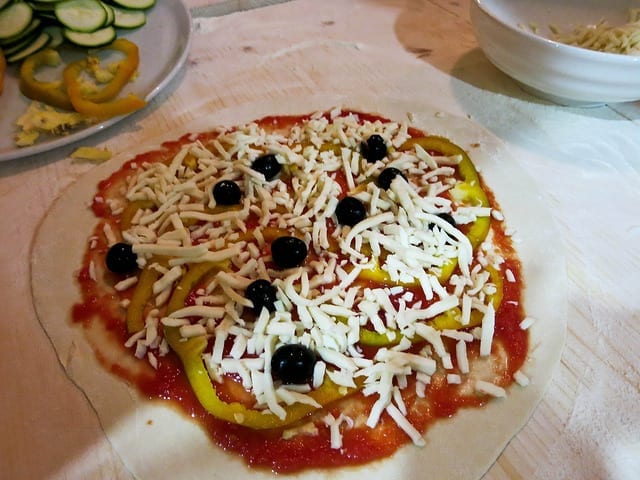 I know right? What’s more Italian than pizza? Well, a lot of things actually. Pizza as we know it didn’t exist before Italians hopped on the tomato train (above) in the 18th century. Even then it was mostly a Napolese snack food, with little recognition elsewhere.

Pizza’s turning point came during the unification of Italy in the late 19th century. Pizza was designated as a national food and fun Italian food fact: the most famous Italian pizza, Pizza Margherita, was named after the queen of Italy, Margherita of Savoy. It also made it’s way to the US around that time with Italian immigrants where (in my opinion) the New Yorker’s perfected it.

Balsamic Vinegar tastes Nothing like you Think it Does 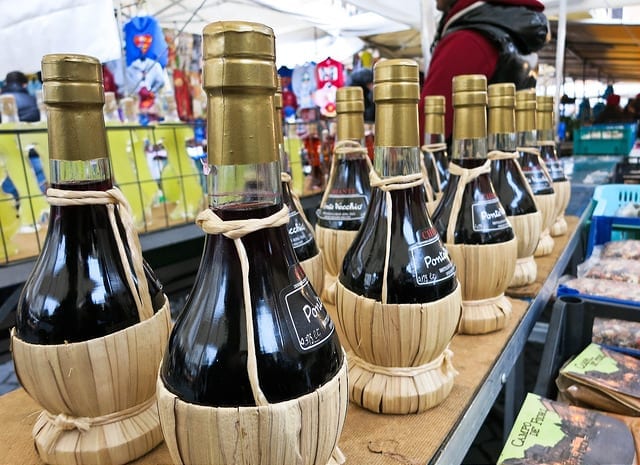 The balsamic vinegar you use in salad dressings is just a pale imitation of the traditional balsamic which has been produced in Italy since the middle ages. The real stuff has more in common with wine than vinegar. It’s made solely of Trebbiano and Lambrusco grapes that are aged for twelve plus years. The result is a thick syrup with a rich flavor. It’s delicious. I bought a bottle of that stuff and I’ve been putting it on everything from bread to strawberries. 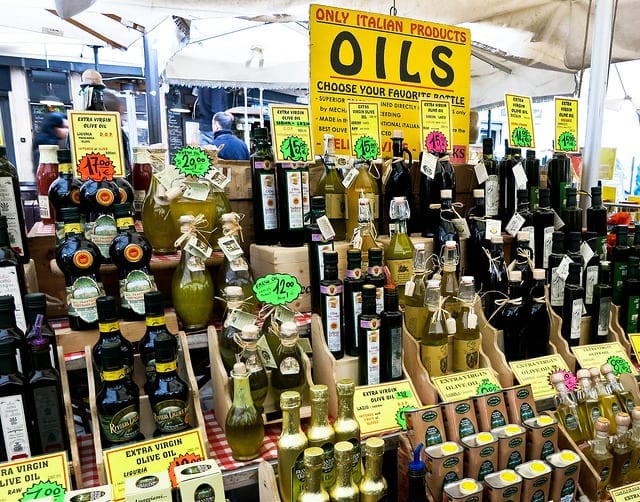 I don’t know if it’s the Italian in me but I love olive oil. It’s my primary cooking oil and I probably have some almost every day. I’m no match for the Italians though, where each person consumes roughly 13.5 kilos of olive oil per year (second in the world only to Greece). For reference, most Americans consume less than 1 kilo per year. So yeah, that’s a lot of oil.

Fortunately, olive oil is intensely good for you, at least according to the Italians (And this is one of the Italian food facts that they intensely believe in!). It reduces cholesterol, curbs appetite, reduces the risk of stroke, breast cancer, and heart disease. You can put it on your face to cure your acne or in your hair as a moisturizer. You can mix it with sugar for an exfoliant. It prevents aging, lessens wrinkles, smooths dry feet. Gargle with it to protect your voice. Use it as a… lubricant. Make soap, minimize cellulite, combat stretch marks, kill lice, shine metal surfaces, waterproof leather, remove chewing gum and shine your shoes.

I think you get the idea.

Pasta Alfredo is a Totally Made Up Thing 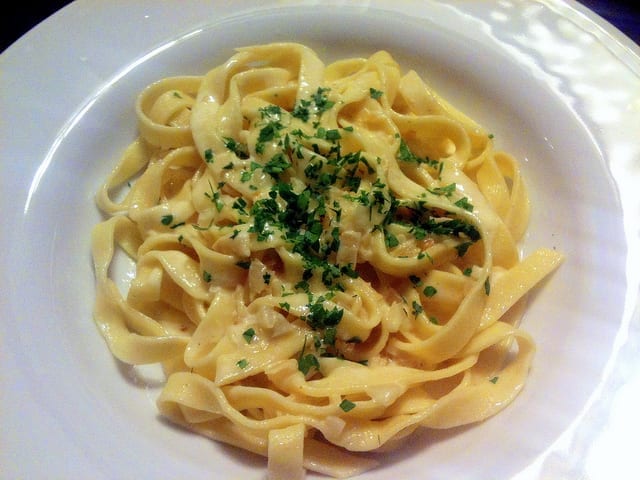 Fettuccine Alfredo is totally delicious- but it’s also totally inauthentic. In fact, if you try to order it in Italy (outside of a couple restaurants in Rome) people will have no idea what you’re talking about.

You see, an enterprising restauranteur in Rome developed the dish as a neutral food to please his pregnant, nauseous wife. After she recovered he decided to put it on the menu, where it was ordered by famous silent film stars Mary Pickford and Douglas Fairbanks. They fell in love with the cheesy buttery goodness and told all of their friends, and thus it’s popularity spread.

That chef’s name was, of course, Alfredo. You can still visit his restaurant for “authentic” fettuccine alfredo. In fact, the family has three restaurants now, two in Rome and one in Florida, at Epcot Center.

Never Drink A Cappuccino After a Meal 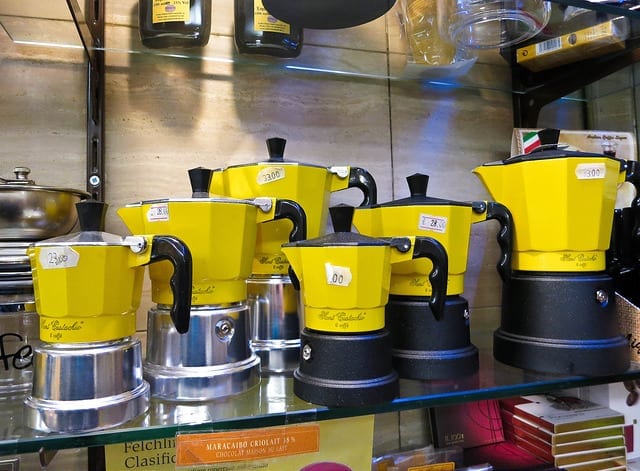 Nobody will stop you, but they will think you are pretty weird. In Italy, cappuccino’s are solely a morning drink (as are lattes). The reason behind this Italian food fact is that Italians think that drinks that contain hot milk hinder digestion, so it would be gross to drink them after a full meal. Ordering one in a restaurant after lunch or dinner will immediately mark you as a tourist. Post dining what you really want is one of the small powerful espressos to help you digest and give you a boost of energy.

Gelato is good for you! 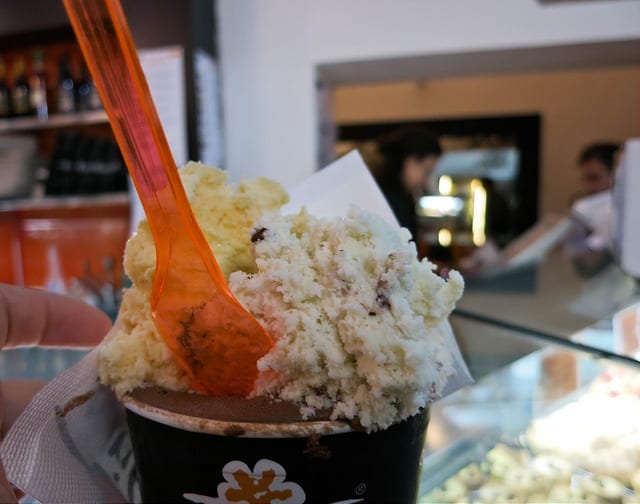 Well, good for you may be a bit of a stretch, but there is a reason that Italians can get away with a daily scoop and still be very attractive people. Gelato is made primarily from milk, not cream, which gives it half the fat and calories of regular ice cream (and twice as much taste). It’s also much easier to digest. Good gelato (not the fake stuff) is made from fresh ingredients so it has fewer preservatives and more vitamins and nutrients than the store-bought stuff. Basically, it’s practically a health food. This is one of the Italian food facts we really love!

My biggest takeaway from touring Campo D’Fiori is how incredibly passionate Italians are about their food. They love to eat, but they only love to eat fresh, quality local foods. Baking, cheese-making, charcuterie are all carefully crafted art forms in Italy.

Are You Ready to Book a Trip to Rome?  Why Not Check Out These Places to Stay

Trinity Guest House is located just a few minutes walk from the Borghese Gallery and the Villa Borghese Park.  Relax at this charming guest house located in a quiet local neighborhood in Rome.

Stay in the heart of medieval Rome at Studio Vicolo de Renzi Trastevere.  These modern studio apartments in Trastevere are just steps away from the bustling heart of this dynamic neighborhood and just across the Tiber from Campo de’ Fiori.

Arenula Suites is a modern guest house that is centrally located in the Jewish Ghetto.  Explore this unique neighborhood from your base of the modern and stylish Arenula Suites. 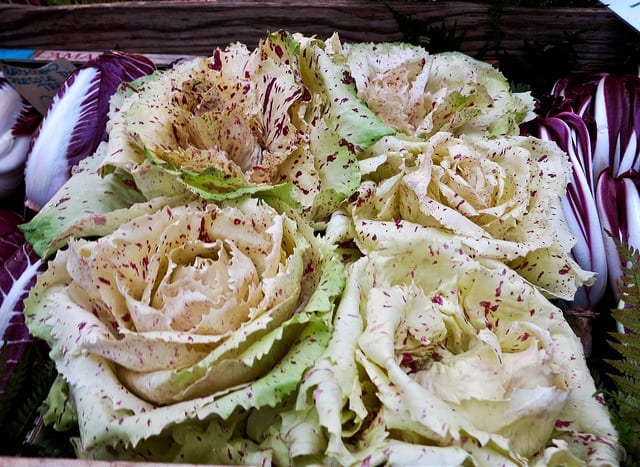 After this tour, I felt like I had learned the basic building blocks for understanding Italian food- but my curiosity and my stomach tells me there is still so much to learn and I am sure this just scraps the surface of Italian food facts!

Want to book this tour?  Head to WalksofItaly.com for more information and check out their other tours too from Rome to Florence and beyond.

Special thanks to Walks of Italy for the complimentary tour. All gluttonous opinions are my own.

Stephanie is Moving to Italy (For Real This Time) 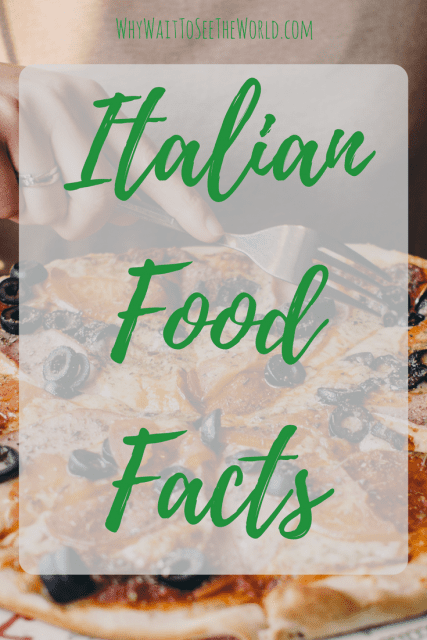