When I began planning my solo adventure around Northeast Brazil, everyone I knew expressed their concerns of me, a non-Brazilian, petite female, traveling alone in one of the most dangerous areas of the country. Despite being known for its drug-related violence and corruption, the Brazilian Nordeste is one of the cultural centers of the country, and I couldn’t pass up an opportunity to see it for myself. Honestly, there were a handful of times during my trip when my gut told me that I need to get moving. I always listened, even when the message was faint.

I knew I’d traveled on buses way too often when the rumble of the road began to make my eyelids heavy, my breath deepening as I drift into a deep but careful slumber. Feet wrapped tightly around my backpack, I would awaken with a start each time someone walked by or grazed my arm accidentally. In Brazil, theft is not so much feared as expected, and taking care of my belongings while mostly asleep proved a difficult task. Towards my last few bus rides, I trained myself to wake up to any one stirring around me, and I always kept my valuable items as close as possible.

I chose to take buses around for two reasons: first, they were inexpensive, and second, I wanted to get a feel for the Brazilian landscape and society – the way that the general masses tend to travel from place to place. I saved money on hostels by taking overnight buses from place to place through four cities: Fortaleza, Jericoacoara, Recife, and Salvador. After my first few bus rides, I started to seek a kind of comfort in floating through the countryside for hours on end. I will never forget the refreshing feeling of stepping on that bus and taking in the breath of a new city, a new climate, a new chapter in my solo adventure. 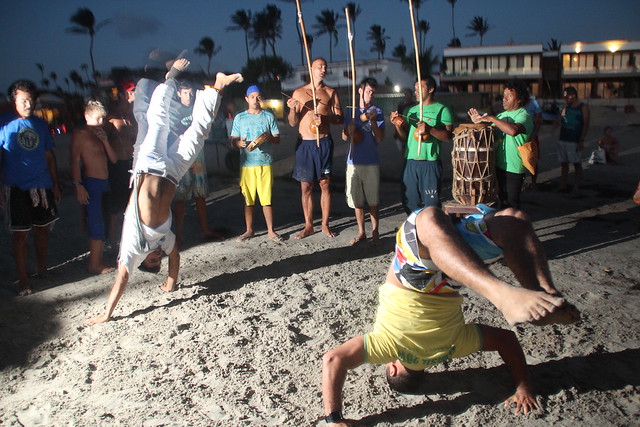 Two planes, two buses and the back of a pickup truck led me through the city of Fortaleza and to arguably one of the most fascinating and utopic places in the world – Jericoacoara. At first, I wasn’t sure if the amount of grueling travel required to get there would be worth it. After two planes and two buses, my last driver dropped me off one town away from my destination, saying that this would be the last stop. How on Earth was I supposed to get from here to Jericoacoara?

A couple nearby must have sensed my worry as I got off the bus, because they instantly introduced themselves and took me with them and a few others into the back of an old pickup truck. If I die today, I thought to myself, at least I was somewhere beautiful. Luckily, though, after an hour of riding through endless sand dunes and desert scapes, the smells of the ocean came near and our truck stopped in front of a quaint little pousada, draped in small lights and hammocks. There were no roads in the town, only sand and sky. Instantly, I know that my decision to come here was the right one. 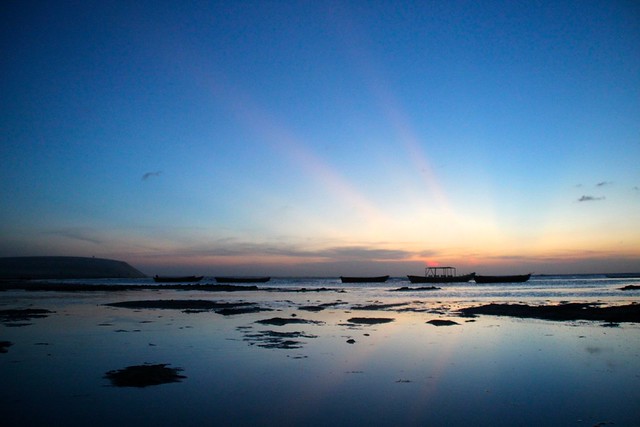 My short time in Jericoacoara was like a dream – I lost track of time each day, and my window opened up to a personal balcony and hammock. Each night, the whole town would mount a giant sand dune overlooking the ocean and watch the sunset, applauding as the last bit of sunlight dipped below the glimmering horizon. Capoeira dancers would perform on the beach each night, a cool breeze whipping through my long mane of hair that had grown since six months before. In the nights, I would sit with new friends and listen to smooth jazz, sipping on caipirinhas and grinning like a child. We’d walk around the town, sand in our toes, no roads, skyscrapers, or iPhones in sight. Jericoacoara captured my heart and danced with it until the sun rose over the golden waters. 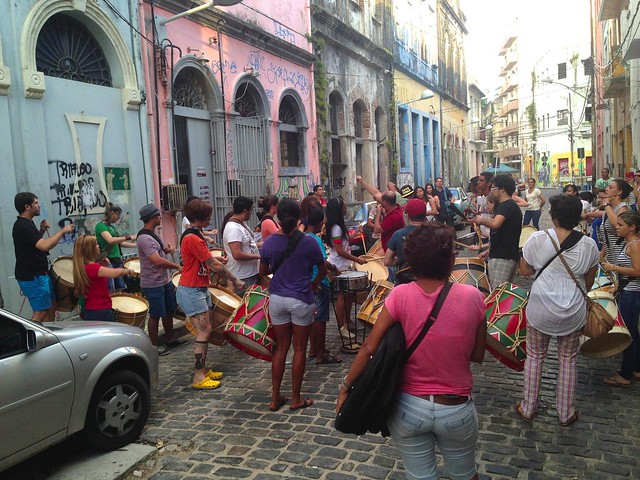 Recife brought me different joys. I met up for the first time with a cousin of my boyfriend’s, Felipe, and he and his girlfriend welcomed me into their city with open arms. As we walked around the city and its sweltering beaches, we exchanged smiles and stories about our lives, so different and far away from the other’s. Spending so much time with two amazing people showed me that friendship transcends the bounds of nationality, culture, and even language. 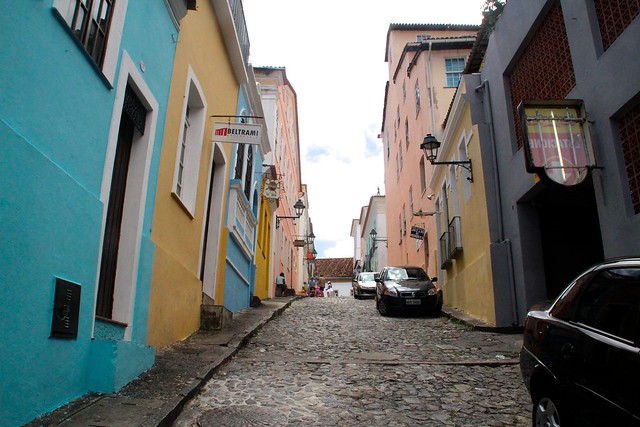 On my last stop in Salvador, my heart belonged to music and history. On warm nights we left our phones and wallets at home and danced in the streets under starlit skies, Bahian folk drums pounding, echoing around the cobblestones as our hearts set fire. I took the hands of a girl from Zimbabwe I’d met at my hostel and we spun and danced and laughed until we couldn’t feel our feet. New Australian friends and I conversed over massive bowls of acai, and as we traversed the city I remember thinking to myself that heaven could only be so far from this feeling.

Though I remained alert the whole time, I never felt as if I were in immediate danger. There’s something about laying low, letting your hair grow out to messy lengths and stretching the same 4 outfits to last for days that brings a sense of humility and togetherness to any situation. Though I was carrying a backpack, my main goal was to not stand out as a tourist, but rather to blend in and connect the dots in every place I visited. Instead of constantly dwelling on the danger and risk involved in this trip, I thought about staying vigilant, following my gut, and knowing when to say no.

So, you may be wondering the obvious – would I do it again? Of course I would, I would do it in a heartbeat.

12 thoughts on “Journeying Through Brazil By Bus”