In retrospect maybe my expectations were out of whack. After all Ko Phi Phi is a tiny island in the Andaman Sea, but it’s also a HUGE tourist destination. In my head I pictured white beaches, sparkling water, a coconut in my hand- basically paradise. Instead what I found was a smaller, more backpacker friendly version of Phucket- a place where partying and consumerism far supersede authenticity, and relaxation is almost impossible.

It’s illuminating though. I think I’m starting to grasp why Thailand is so hugely popular with tourists. It’s not just because it’s gorgeous (although it is) or warm or even so cheap (LINK). All of those things are great selling points of course, but it’s more than that. In Thailand everything is for sale- and cheap. If you’ve got western dollars to spend it’s a fantasy world- it’s Disneyland for grown ups. Well, maybe adolescents. 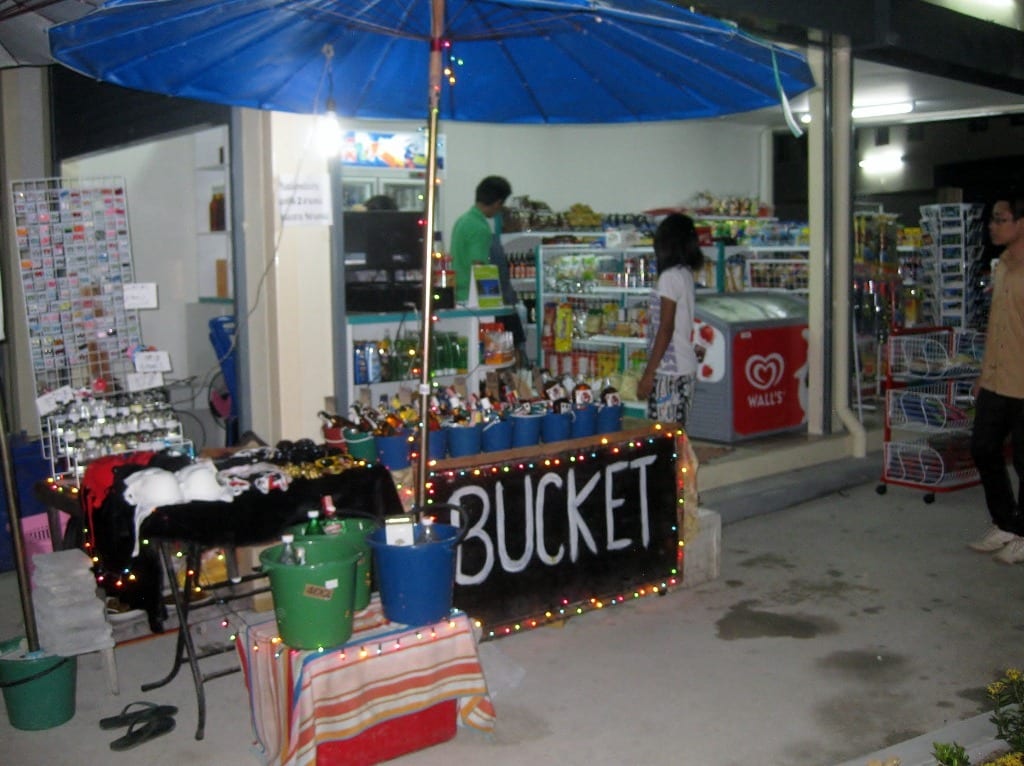 In Thailand you can have anything you want. You can go scuba diving, cliff jumping, you can ride on the back of an elephant or pet a tiger. You can watch women shoot ping pong balls out of their va-jay-jays (you know, if you want to). And sex, backpacker sex, prostitution, ladyboys, peep shows, you can have pretty much anything if you’re willing to pony up the cash and ignore your conscience.

Booze that’s cheaper than water, drugs of all varieties, delicious food for cheap cheap cheap. You can party all night long and dance on the beach until dawn. The only consequence is your hangover the next day. In Thailand there seem to be no consequences at all as long as you know how to play the game.

Little Phi Phi is a perfect example of this. Just 50 years ago it was a practically deserted tropical island full of fishermen and not much else. In the 90’s it’s popularity with backpackers began to grow, particularly because of it’s association with the movie The Beach (link) which was filmed nearby. It was devastated by the 2004 tsunami but has largely bounced back (at least the commercial parts have). The main strip of the island is now jam packed with souvenir shops, internet cafes, bars and guesthouses. You can’t walk down the street without noticing a hundred touts and advertisements offering to take you to the famous movie beach.

Now, I’ve never seen the movie version of the Beach, but I’ve read the book twice. It’s an essential backpacker novel. I find it incredibly ironic that the scene on Phi Phi is exactly what Richard, the main character, was trying to escape from. He flees the chaos of Bangkok’s Kho San Road in hopes of finding a quiet, perfect beach. An escape from the travel industry and the pressures that surround it. Now, thousands of backpackers, ostensibly seeking the same thing, have turned what was probably once paradise, into a circus.

And, in high season at least, it really is a circus. Once darkness falls the bars start blasting and the drinks start flowing. The girls wander around in various states of undress and the guys hoot and holler. Electric lights blink all around, totally obscuring the stars as thumping beats pound out on a dance floor next to the ocean. It’s fun really, quite a sight to see. But after a couple nights the glitz starts to fade and you long for a little peace. 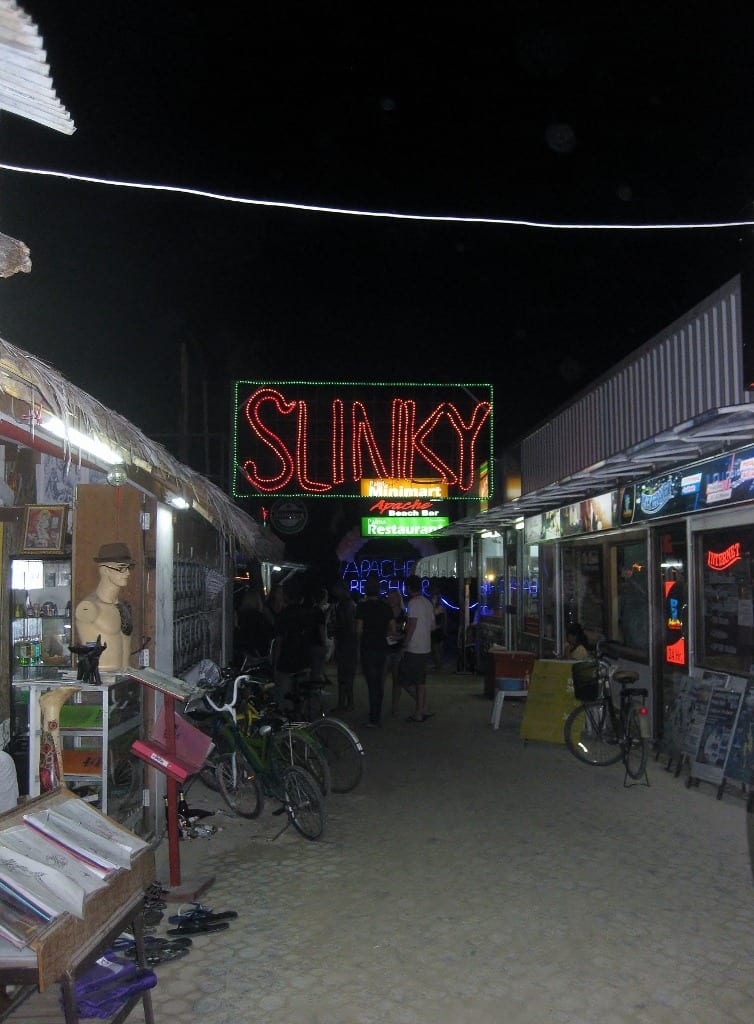 So in Thailand you can have it all- all of the guilty pleasures your heart desire. Some of these things are more ethical than others, it’s true. Far be it from me to deny anyone a good time. I’ve certainly been doing my share of drinking and carousing since I got here. I get the appeal- but there’s something about it that’s just so… removed from real life. A real problem that’s so easy to ignore, until you accidentally stumble down the wrong alley in Phi Phi and discover the run-down, not-yet restored shacks where many of the locals are still living. We may be living in a fantasy land, but not everyone here is.

It’s fun to visit Disneyland, it’s true. To kind of forget that there’s a world outside of tonight, and the dancing and the next bucket of cheap Thai rum. But nobody gets to live at Disneyland- and you probably wouldn’t like it if you did. It’s loud and it’s crazy, and ultimately it’s fake. In the morning, when the hangover kicks in, all I find myself craving is a really perfect beach.

31 thoughts on “Ko Phi Phi is Disneyland for Grown-Ups”