It’s easy to see that the best way to explore a place is if you know the language and communicate with people there. However, language learning can be a tricky task, especially for those who have never learned one before.

When living in Brazil, I had one month to learn Portuguese before taking my study abroad courses in it (yes, for real grades). Though it may seem like a short time, I was able to learn a ton of Portuguese in that time, enough to get a head start in my classes and even make an A+ on my first test!

My learning curve didn’t come without its share of embarrassment, though. I once told a friend I liked his eyes (“olhos” in Portuguese) by saying, “Eu gosto de seus ovos.” Little did I know that I’d told him I liked his EGGS! I hid my face in embarrassment, but needless to say I never made the mistake of mixing up eggs and eyes again. In order to expedite my learning process, here are some of the tricks and tips I used: 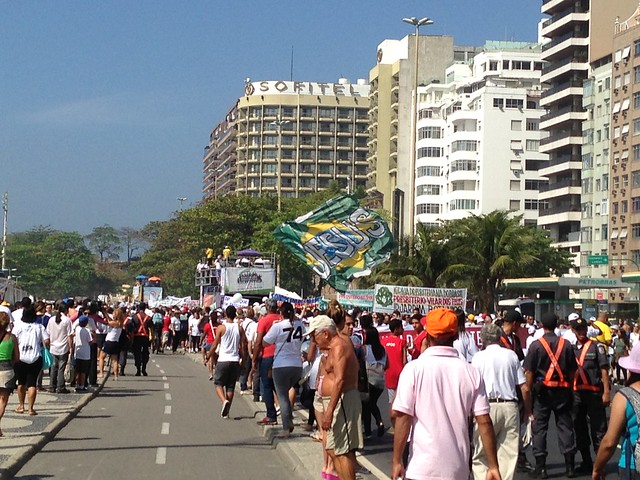 This one may seem self-explanatory, but it may be difficult to stick with an immersion routine, especially if you’re surrounded by other speakers of your native language. Homestay programs can be a fantastic way to do this – by living with a family or an individual that only speaks the local language, you force yourself to interact in that language out of politeness or maybe even curiosity. Another awesome way to immerse yourself is to start volunteering or working with other people native to the area. This way, you’re giving back to the community, making new friends, and at the same time putting your language skills to use every day. Volunteering can be an extremely rewarding way to immerse yourself not only in the language, but also in a new culture and society. Immersion is valuable because, in addition to the formal language itself, you’ll also learn slang and expressions not taught in textbooks.

Pay Attention to the Sounds

In Portuguese, some vowels with a tilde (~) on top make a nasalized sound, which is unfamiliar to many English speakers. However, not pronouncing it can drastically change the meaning of a word – we’ll take the word for bread as an example. Bread in Portuguese is “pão,” but embarrassingly enough, without the nasalized vowel, it’s a slang word for the male appendage! Those are <I>definitely</I> not two words you want to mix up in normal conversation.

The most important thing I learned in my language immersion is that putting emphasis on the wrong syllables or pronouncing the vowels incorrectly can make the difference when it comes to two-way communication. Mastering how to pronounce words is just as important as learning the words themselves! (Or else you’ll make my horrid mistake of making a sandwich out of male appendages…)

Get a handheld-sized notebook that can fit in your pocket or purse and take notes when you learn a new word, expression, or phrase. Alternatively, you can also write down words you don’t recognize to look up or ask about later. Writing new words and their translations down into one collective place can serve as a reference for you in the future, as well as speeding up the memorization process.

Writing can even help in the earliest stages with grammar and conjugations, as well as tenses. Certain languages have tenses that we don’t have in English, and that can make for some tricky situations and conversations. Use writing in your notebook as a tool for memorizing and using these different conjugations so that, over some time, they become easier to digest.

Practice Your Skills at A Local Bar 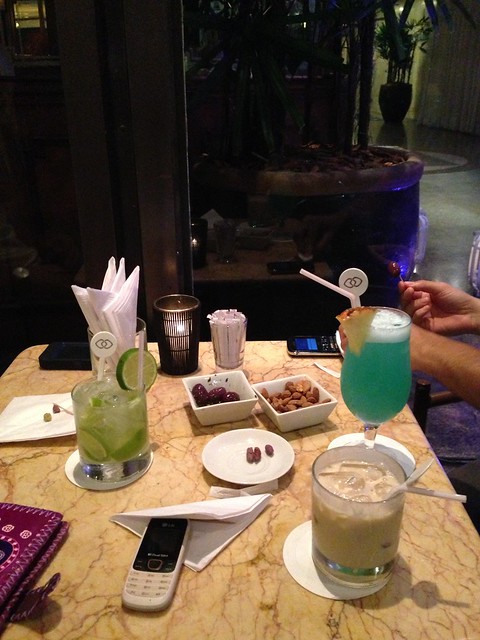 Yes, you heard me correctly – practicing your new language skills over a drink or two can actually help you speak with more fluency and less inhibition. The reason? It’s all in your head. We are naturally afraid of embarrassing ourselves, so we tend to shy away from situations where we will make mistakes. In a more social environment, like a bar, where there’s plenty of noise, we can open up a bit and practice speaking without the pressure of being heard by many people. On top of that, a couple of drinks can lower that inhibition and fear of messing up, so your speech will come out smoothly and with less hesitation. You know a lot more than you think you do!

As embarrassing as they can be, making mistakes is probably the fastest way to learn your language. Like I said earlier, I never mixed up “ovos” and “olhos” again because I was embarrassed about it. Along the same token, I was giving a presentation in my Marketing class when I accidentally used the word “almoço” (lunch) instead of “ameaça” (threat). Essentially, I said that competing businesses can be lunches for others in the same field, in front of thirty other native Portuguese-speakers. Whoops! Needless to say, the whole class laughed and I learned the difference between those two words permanently.

The main trick you should always practice when learning a language is to test yourself by thinking in that language. “What is this word in Portuguese?” is a question I often asked myself when sitting on long city bus rides or walking to class. When I read things in English, I would try to translate them into Portuguese as a challenge for myself. In the end, when you place expectations on yourself to learn a quickly, you will set yourself up for conversation in just a short amount of time. Think of learning the language as being locked in an escape room – you have to use all of the resources you can to succeed. And, of course, you’ll have fun, be challenged, and make a ton of hilarious mistakes throughout your journey.

5 thoughts on “Language Learning On A Time Crunch”