It’s one thing to learn about history, it’s another thing to see a ticking time bomb staring you in the face. This is what I learned last weekend in Phonsavan, Laos.

To preface this, please check out my post last week about the United State’s “Secret War” against Laos, wherein almost 2 million pounds of explosives were dropped over the eastern part of the country. Like me, a lot of you had no idea that this kind of destruction had ever happened here. My visit to the COPE center enlightened me about what went down, and why it is still a major problem today.

Of course, in the calm city centers of Vientiane and Luang Prabang there is not really any evidence that a war ever happened. Most of the bombing was to the East of here, and the only clues you might see are the NGO’s dedicated to helping the victims and clearing the explosives. I headed out to Phonsavan, a small city 8 hours east of Luang Prabang, primarily known for the Plain of Jars (more on this next week). It is also sometimes known as the Plain of Scars, one of the most heavily bombed areas per capita in the world.

The town itself is a fairly drab, industrial place that was hastily rebuilt after the war. I hired a guide (right outside of Craters restaurant, natch) to take me out into the country side to see the remnants of war still left behind.

The landscape outside of town looks nothing like the rest of Laos I’ve seen. It’s full of green hills and pine trees, maybe closer to England than southern Asia. Yet the land is pockmarked with bomb craters and large areas are totally impassable. Even the area around the Plain of Jars (the areas largest tourist attraction) is not free of UXO and signs stress the importance of sticking to the paths.

After lunch we visited a cave which Viet Cong soldiers had used as a makeshift hospital. 30 years later nobody has bothered to clean anything up, and the floor is absolutely littered with morphine bottles. Also left behind: 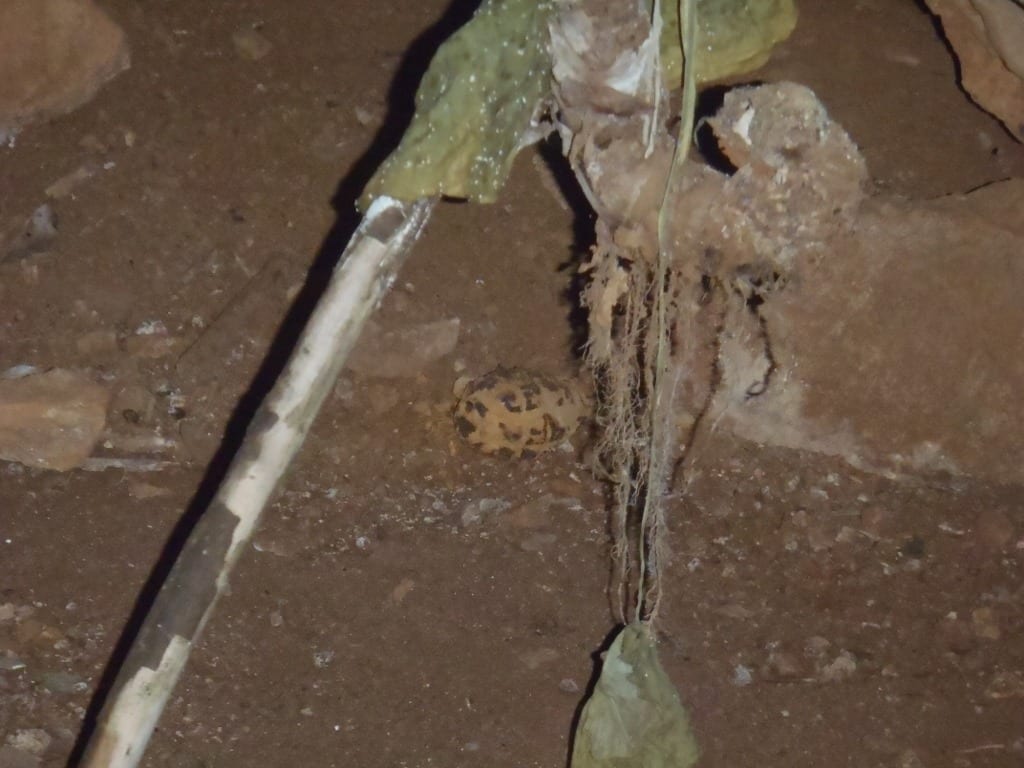 Yes, that is a grenade. A live one. Been sitting there for decades, slowly deteriorating, getting more and more unstable. My guide cautiously pointed it out and asked us not too get to close, “I reported it to UXO a couple months ago, but its still here.” The boys I was with thought it was neat, but I could not book it out of that cave fast enough.

Not everyone has such an aversion to explosives it would seem. We visited a village where the inhabitants have become so used to living with the bombs that they have tried to put the leftovers to good use. They dismantle the explosives and sell them for scrap metal, or use the parts on their houses in some very unconventional ways: 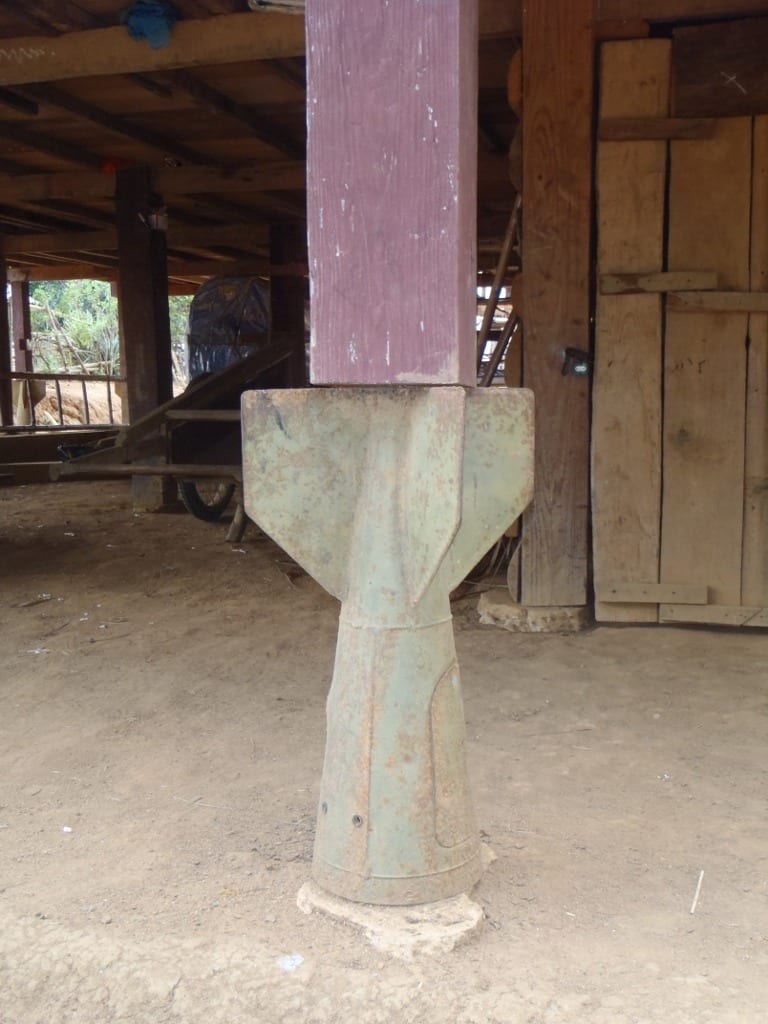 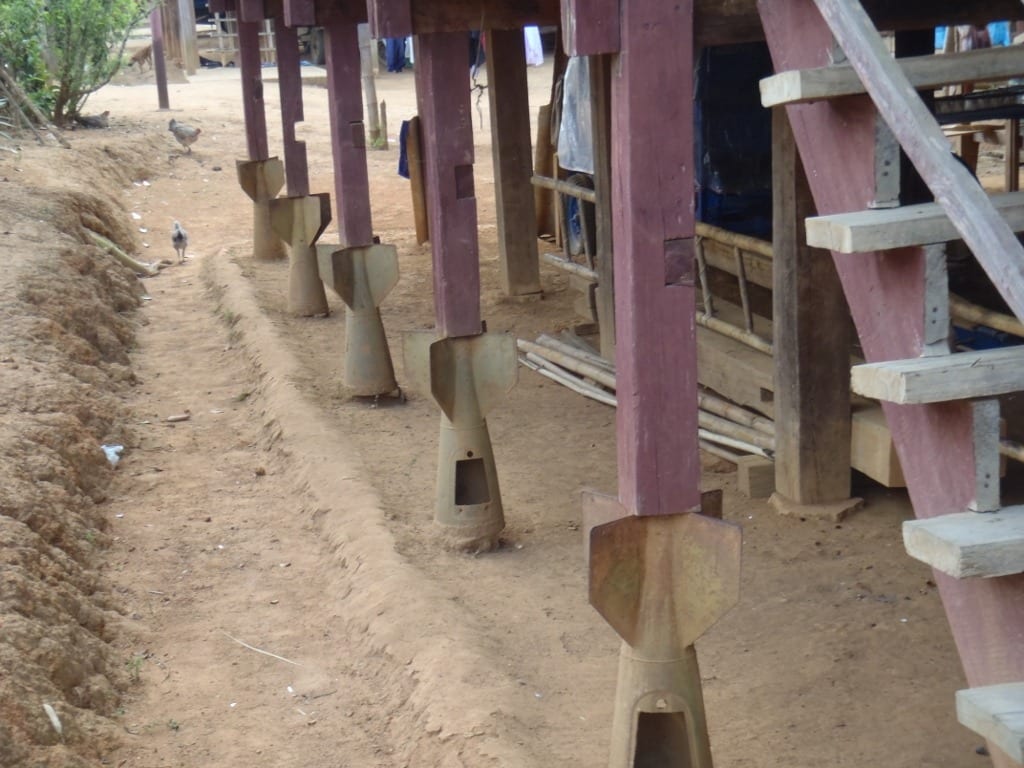 In case you’re wondering, no this is NOT safe. But when you are poor it pays to be innovative.

Just a ten minute walk from here our guide takes us up the hill where there is a live bomb field. Even the locals won’t go here and have erected makeshift fences to keep their cows from being blown up. Just outside the fence you could see live cluster bombs, just lying in wait: 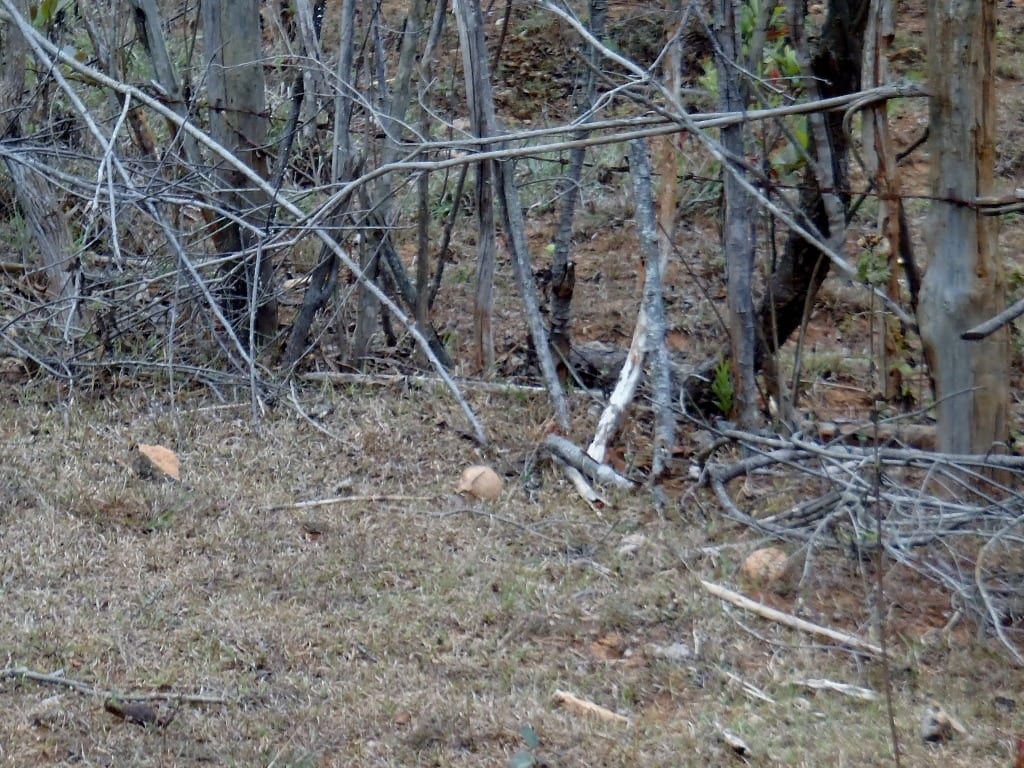 They could be duds, but there’s no way to tell. Handling them, stepping on one, even the vibrations of stepping too close to one could trigger an explosion that could send 200+ ball bearings shooting out to kill or maim everyone in the vicinity.

In a lot of ways, the UXO is keeping the local people in poverty. They can’t farm the land, for fear of being blown to bits. They can’t build new buildings and expand their villages for this same reason. They can’t build roads, or schools. They are trapped into their routines, with little room for advancement.

The one bright spot is that there are groups working to clear this area. It’s a slow, dangerous and expensive process, but acre by acre they are working to give the land back to the people. On our way back to town we passes a field that is currently being cleared of UXO: 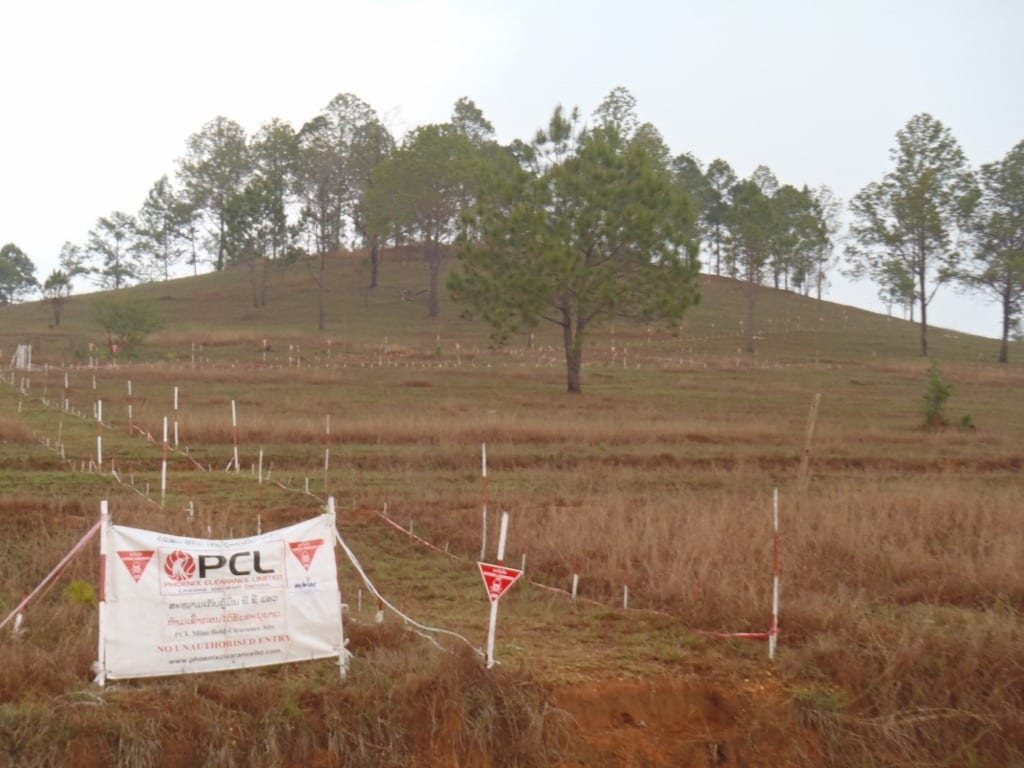 It’s been really hard to see all of this totally pointless destruction and to know that my country is responsible for it. I would be more encouraged if I knew that the US was contributing to the cleanup efforts, or at the very least had stopped using cluster bombs as a weapon of war- unfortunately this is not the case. It’s such a cowardly and vicious weapon, They kill indiscriminately and in the end it really only hurts innocent civilians. 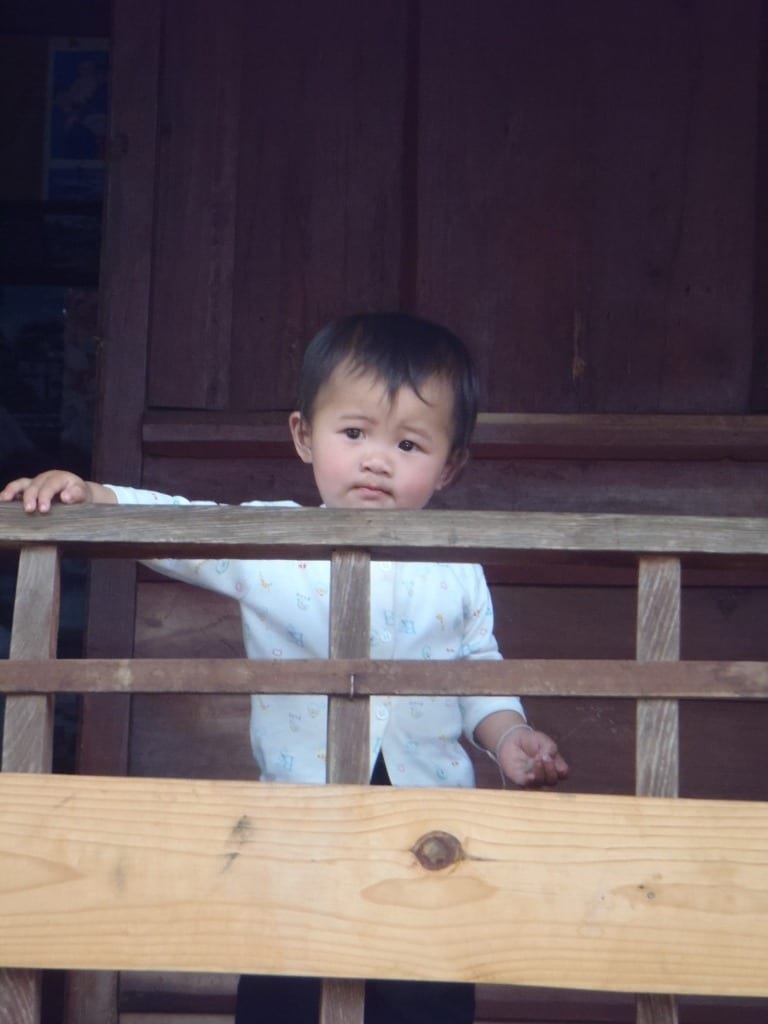 Find out what you can do to stop cluster bombs.