How would you like to spend a summer in Southern France, drinking wine, playing tennis and learning the beautiful French language? That’s exactly what Jason Hirama did.

How did you come to the decision to move to move to Bordeaux to learn French in France? 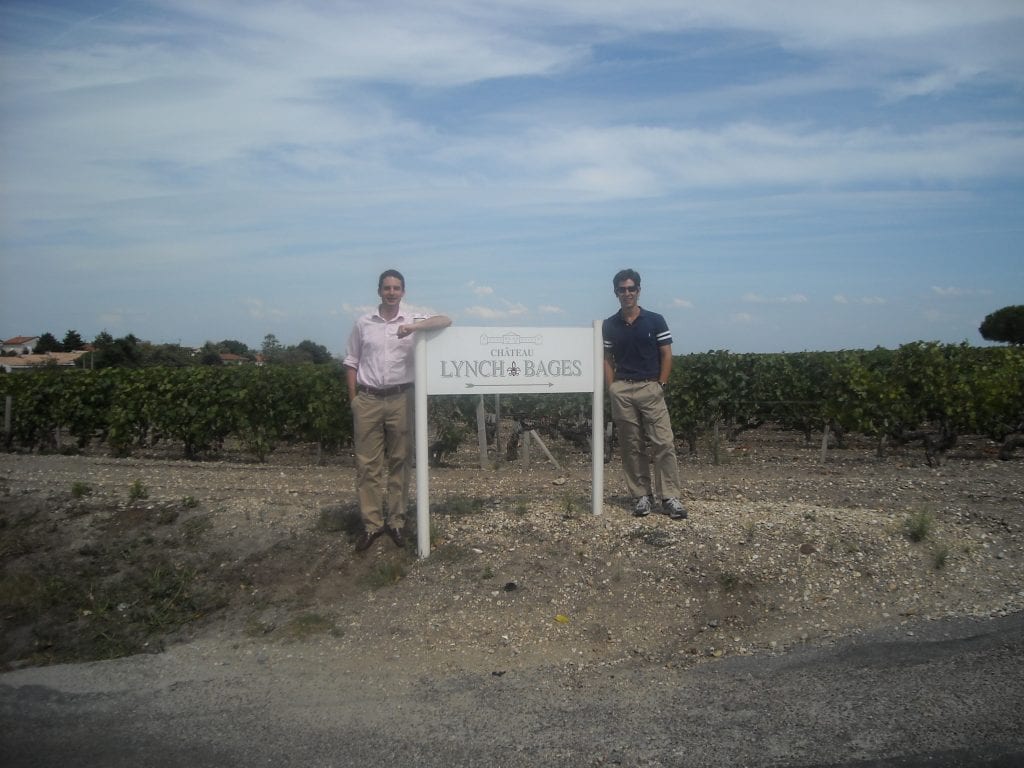 The decision ultimately came down to two considerations.  The first was that having already lived in London for seven months prior to moving to France, I was not eager to return to the U.S. and the job-hunting that would follow.

The second consideration was simultaneously logical and self-indulgent.  I decided that I wanted to pursue a career in the art world either by continuing to work for an auction house (what I had been doing in London) or by earning a Masters of Art History degree.  One of the skills I knew I had to gain before applying to grad schools was a knowledge of a second language and French is one of the most useful.  I had spoken to a coworker who had spent 6 months studying French at a similar school in St. Etienne and she had had a wonderful experience.  Independent language schools can be found throughout France and each has different benefits.  I was immediately drawn to Bordeaux because of my interest in wine and when I discovered that I could afford to attend the school for three months I was sold.

What was the reaction of your friends and family like?

My family was very supportive of my decision to learn French in France. My father had spent a semester living in Bourge when he was an undergrad so he was particularly interested in the opportunity.  I had been living in London for about 5 months so they were comfortable with me living overseas. They very kindly agreed to assist me with the costs of the program but the money I had saved while living in London covered the majority of the costs.  I think my friends were not surprised that I decided to continue my Euro lifestyle.

Did you go through a program? What kind of support did your program give you?

I did not go through a program.  I found the school while searching for French language schools and through the website of the school recommended to me by my coworker in London.

The Bordeaux Language School is entirely for foreigners so they are set up to accommodate students from all over the world.  They found me a three-month roomsit that was very inexpensive.  Upon arrival, there is an orientation for all new students, which there are a lot of because the programs run in weeklong sessions, and a very short assessment to see which class you should be placed in.  The school organizes a range of activities throughout the week to keep students entertained and give them opportunities to get to know each other outside of class and practice their newest French phrases.

As I had been to France several times before, I had a general idea what to expect.  There were the cafés and bakeries that I had expected.  The wide streets, which of course lead to the doors of a magnificent church.  The Parq Public (Bordeaux’s central park) was the hub of activities on a sunny summer day.  Bordeaux looked like what I expected a French city to look like.

I was blown away by how quickly I adopted French ways of life, including stopping at the boulangerie every morning for a croissant, having a sandwich at a café after class, ordering espresso instead of tea, etc.  These activities became less of a novelty and more of a necessity.  By the end of my stay, I could tell you the closest boulangerie at any point in the city and the best pastry to order at that particular shop.

Learn More About Bordeaux with This Guide to the City!

How long were you there? Did you experience very much homesickness and how did you combat it?

I’m not generally one to get very homesick but this trip was unique for me in that I knew absolutely no one within a 3-hour train ride. What I did have was an activity during the day (language school) and a drive to find new activities and meet new people.  I was fortunate during my stay that I had a friend come visit from London and I met a wonderful French girl who I dated for two out of the three months I was living in Bordeaux.  With Skype, it was always possible to call my family, which was an easy way for me to relieve homesickness. When it came time to move back to the States I was certainly not ready to leave and would have been happy staying longer.  The key to homesickness is always keeping yourself busy and surrounding yourself with fun/interesting new people. 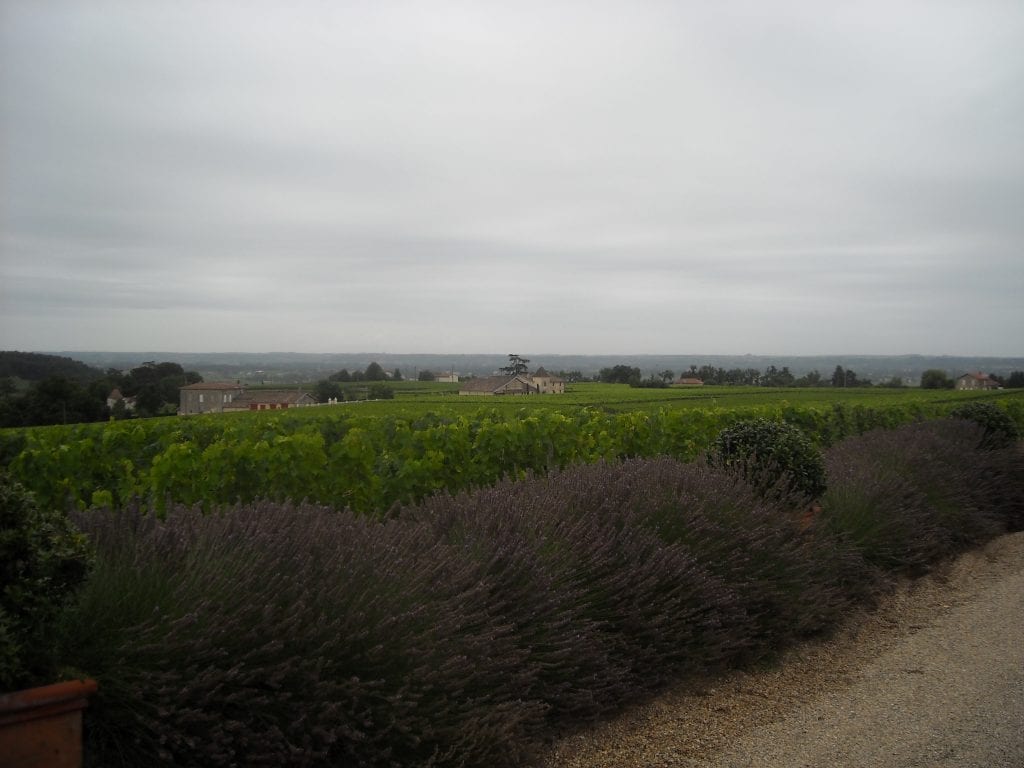 What was one really memorable moment from your trip?

One particularly interesting moment occurred about a month and a half into my stay when I went with my girlfriend Laurie to Agen to have dinner with a friend of hers who had recently been married. The dinner was held at this lovely Moroccan restaurant but, as excited as I was for the food, I was terrified about the prospects of meeting all her friends with my one and a half month’s knowledge of French. As I was sitting at the table, however, the whole moment suddenly hit me and I realized that I was there, in Agen, France, celebrating someone’s wedding that I couldn’t even speak with!  It was marvelous and as I drank more and more I started to understand everything better and better.  I would never have predicted when I moved to Bordeaux that I would be doing something like this.  I stumbled out of the restaurant that night speaking fluent French, or at least I certainly thought so.

What are you up to these days? In what ways has going abroad affected your current life (for better or worse)?

These days I’m living in Arlington and working as a substitute teacher to pass the time.  I’m currently applying to business schools, which I think also count as a full-time job.  I still try and keep up my French, which has stuck with me surprisingly well. I also have a much-improved knowledge of French wines, always important.  I pick up only little French phrases that I would never have thought about before and I get really excited now when riding the metro and end up behind a couple of people speaking French.  I’m also considering business schools in France, which I would not have done before I learned French in France.  The whole experience has made me more comfortable with French culture and just a little more connected to the rest of the world. 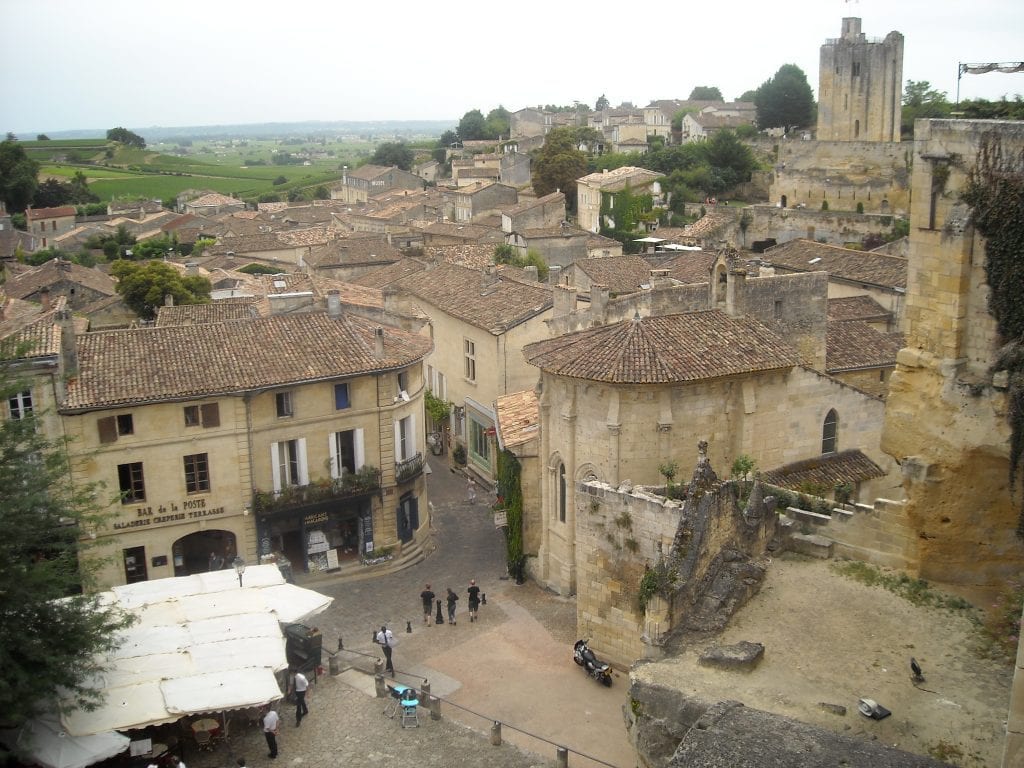 What advice would you have for other people considering doing language classes abroad?

Before committing to a program make sure you do your research.  Each of the language schools have different advantages, often based on location, so figure out what you ideally want from a program and see if there is once that is a best fit.  I would recommend arriving slightly before the program starts so you can acquaint yourself with the city you’ll be living in.  Having a basic understanding of how to get around and where certain important buildings are will make everything a bit more comfortable.

If you are at a school for just a couple of weeks then try and take advantage of the activities outside of class that the schools organize.  These are a great way to find out more about the city and perhaps see other parts of France.  If you are staying at the school for more than just a couple weeks then I would suggest getting to know other people who are there for an extended time and organize trips together.  The more you do, the more you’ll benefit from the experience.

Lastly, be bold!  Meet new people from other countries, visit new cities, try new cuisines.  The best way to make wonderful memories is to put yourself out there and experience the people and culture.  You’ll find it’s a lot easier than you can possibly imagine.  I guarantee you’ll have a rewarding experience learning French in France.

Want to Learn French in France?  Here are Some Helpful Links: 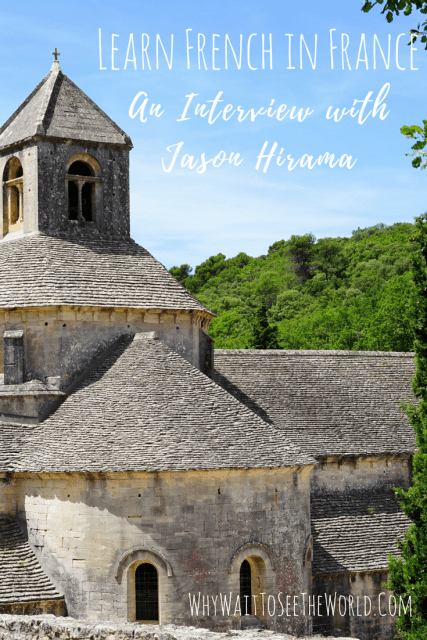 7 thoughts on “Learn French in France: An Interview with Jason Hirama”