I’ve spent a whole solid month in the UK.

Luckily, I thawed out enough in order to get my fingers to type on a keyboard. It’s a bit chilly here. And it snowed last week. This prolonged stay may not last.

I am enjoying traipsing around my favorite coffee shops, seeing my favorite people, and getting to know London during Christmas time.

If you’re unfamiliar, get yourself to London before January 1st and get yourself to the carousel bar in Winter Wonderland and do not pass go. The DJ was on point, the bar spun [slowly], and the over-priced jager bombs flowed.

I’m excited to venture out to other Christmas markets this week around London, I’ll report back! Any suggestions?

I spent much of the last month in London but I was able to sneak up North to Scotland for a few days with some girl friends! We flew into Glasgow, stayed for one night and then ventured to Edinburgh for a few days.

Loved Edinburgh, Glasgow was cute, but lacked a bit of luster?

As it is in most European cities, Glasgow has one major walking promenade with some old, beautiful architecture and a cozy little Christmas Market at the end. If you’re scooting around Scotland, it wouldn’t hurt to stop, but would I go out of my way to recommend a stop there? Not really..

But that’s ok, because Edinburgh dazzled me! What a beautiful city! I can’t believe I don’t hear about it more often and I can’t believe it took me this long to get there.

We sat in cozy pubs, wandered the gorgeous streets, window shopped (and real shopped), took in the view of and at the infamous Edinburgh Castle, and even hiked to Arthur’s Seat. The Edinburgh Christmas market happened to open the weekend we were there and that perfectly got me in the mood for the holidays! We sipped mulled cider, did some Christmas shopping and ate all the food.

Unfortunately, I still don’t know exactly how this happened, but two out of the three of us, and somehow it wasn’t me this time, got food poisoning on two separate days. We have suspicions that some frozen berries on the breakfast buffet line might be to blame. 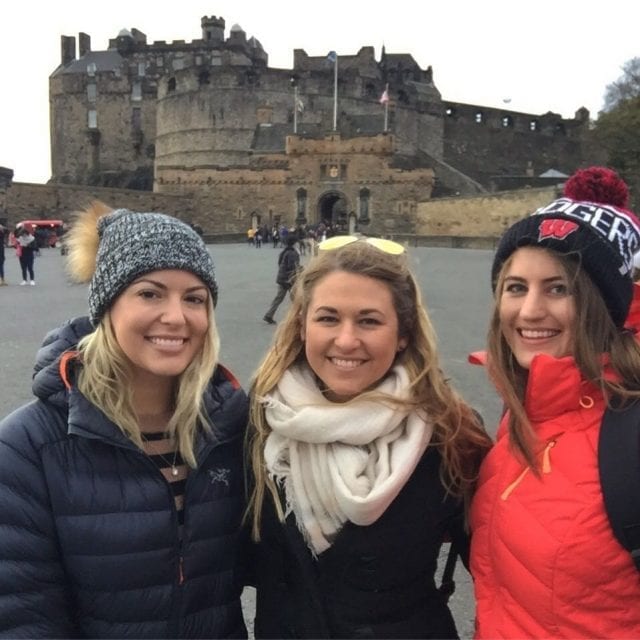 So what do you do when at least one of you is down for the count? We enjoyed a very chilled weekend indeed which is a bit different than my typical city breaks. I usually spend them pub crawling around the city by day and exploring the nightlife by night. Instead, we got Indian takeout, caught up on work, and went to bed by midnight each night. It was still incredibly enjoyable….says the one who didn’t get food poisoning.

I’m wondering if I should write a post about food poisoning while traveling and the best methods for coping and getting back on your feet as soon as possible? Because I found myself being the motherly figure speaking from experience and nursing my two friends back to life. It is inevitable sometimes and sure there are things you can do to avoid it, but you also should know how to cope with it when it does hit.

The three times I’ve had food poisoning were mostly unavoidable circumstances. The first was from a Tim Horton’s breakfast sandwich many moons ago, the second was from a sketchy-ass I should have known better dish in Thailand (only situation where it was probably avoidable), and the last was from a brothy soup in Kyrgyzstan at a super nice resort! I’ve never gotten food poisoning from street food or eating the local food, common misconceptions surrounding food poisoning. 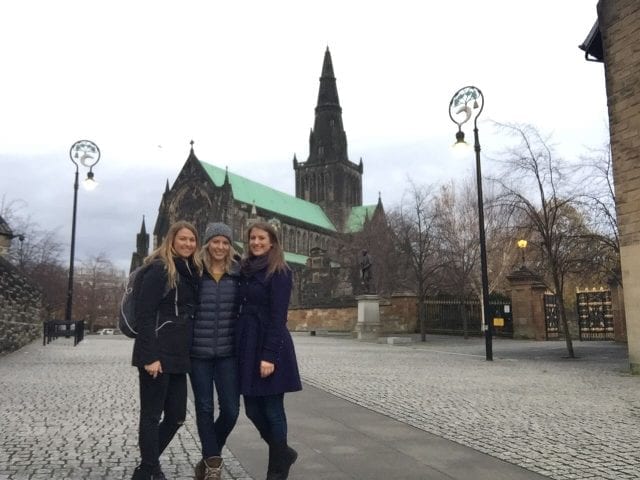 Anyways…. moving on from poopy town.

I almost forgot!! I also got to experience a side of London I love so dearly: IT’S FOOD! I ventured out with Eating London Food Tours to explore London’s East End and dine at some delectable spots around Shoreditch! (Steph was able to do the Soho Tour a few years ago if you want to read about another one while I’m still digesting everything from that tour…. get it?). Salt beef bagels, Poppy’s Fish and Chips, Bacon Sandwiches and so much more were had! And I even found a new favorite Indian spot! Can’t wait to tell you more!

In December, I’m looking forward to returning home for the holidays! I’ve rather glutinously booked myself two nights in NYC on the way home!! I’ve never been to NYC around Christmas time and I want to see the Rockefeller Tree and do cheesy Christmas in NY things! …..And eat my favorite gluten free splurge – S’Mac.

I’m still trying to figure out my New Year’s Eve plans! I’m really craving some beach time, but I’m not looking to spend a fortune to get it! Hmmmm well, by the time I write next month’s update it’ll be past, so let’s take some bets, shall we?

Will I:
1. End up on a beach with new friends
2. Jet back to London early to ring it in with friends here
3. Celebrate on my parent’s couch with my cute puppy
4. End up somewhere else completely?

We shall see!!! Well, this is the last personal update from me until 2018. So, thanks 2017, for being quite the adventure! Can’t wait to see what next year brings!

1 thought on “Live From London”