Ljubljana is completely unreal.  As in, it literally does not seem like a real place. It’s too clean, too pastel and too nice- kind of like if Disney decided to build a European capital and give it a whimsical unpronounceable name. Except that unlike Disney, there’s actual character lying behind the sparkling façade.

Even the train ride into town was surreal. After the hot June air of Belgrade, the soft greenness of Slovenia was a refreshing splash of water. For the past few weeks in Bosnia, Serbia and Montenegro I’d been struggling to process the harsh contrast between beautiful people and wrenching destruction. Right away I could tell Slovenia was different. While it was also a part of the former Yugoslavia, Slovenia managed to untangle itself from the genocidal mess with barely any violence at all. It was, and still is, the wealthiest of those states, and the only one that is a part of the EU.

After a sweltering 12 hour train ride, I spent my first 24 hours In Ljubljana wandering in aimless, disoriented awe, blueberry gelato in hand. It’s a tiny place (less than 300,000 people) but it’s also a microcosm of everything you would expect an old world European city to be.

Here are a few things that make Ljubljana such a tiny gem: I’m not a building buff, but I know beauty when I see it, and the old town of Ljubljana was full of it It’s a distinct mix of Baroque and Art nouveau architecture with intricate details, all in a palette of pastels. You would never ever guess this country used to be communist- none of those Eastern block style apartment buildings squat here. The centerpiece of the old town is the elegant Triple Bridge designed by Jože Plečnik, which seems to be a meeting place for beautiful young Slovenians. One of my favorite things about Europe, and the Balkans in particular is the enjoyable activity of doing nothing. A slew of pleasant little cafes lie along the banks of the peaceful green Ljubljanica river (bonus fact: Ljubljanica literally means “loved nicely”). You could sit in the shade all day with a coffee or a beer and watch the covered boats drift down the river. I don’t just mean for couples (although it was the perfect spot to reunite with my boyfriend after three weeks apart). Whether exploring the back alleys, stumbling upon the weekly flower market or strolling along the river at night with the buildings lit up around you, there is a certain level of enchantment to the city, which is enervating. 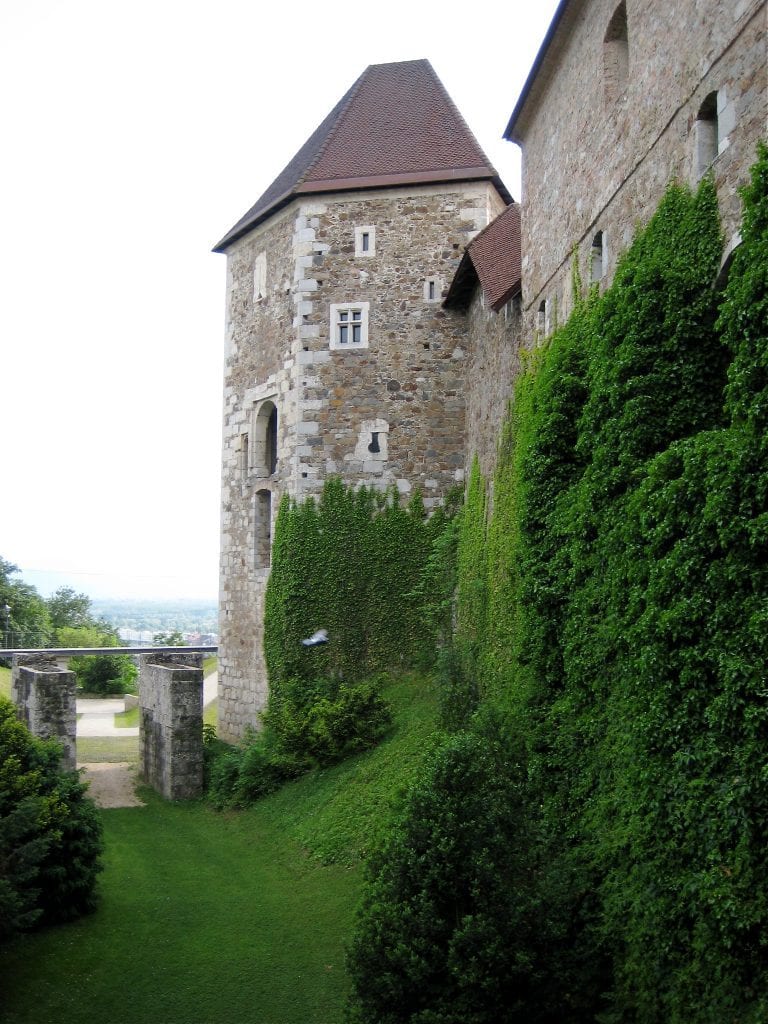 Like Ljubljana itself the castle is small, tidy and pretty. It’s a true medieval castle dating back to the twelfth century (with older ruins scattered around). Perched on top of a large hill in the center of town, it’s visible from basically anywhere. It’s a hike up the hill but there are great views of the orange roofed city. Every good fairytale city needs it’s own dragon. According to legend Jason and the Argonauts passed nearby on their way to the Adriatic. Near the city Jason fought and killed a monster- the dragon that is now the symbol of the city. Representations can be spotted all around the city: on the coat of arms, on t-shirts and on the famous Dragon Bridge.

While beautiful, Ljubljana is a tiny city, and it only took a few days before restlessness started to creep in. I spent a week total in Slovenia and was continually amazed by the sharp contrast between it and the rest of the former Yugoslavia.

(And for the record it’s pronounced lyoo-BLYAH-nah.)