If we’re going to be honest: Lloret is not the most picturesque part of Costa Brava. It’s less like Girona and more like, well the Jersey Shore to put it bluntly. It’s a beach resort town popular with the British and the Russians and it shows. Nightclubs, Burger Kings, cheesy bars and a general sheen of slick foreign touristic-ness.

But, if you’re willing to look a little closer, there is actually a lot to love. Like the campervan food truck festival we encountered one Saturday night. Or the amazing craft beer pub buried in the Old Town. Or, more historically, the beautiful and unique Modernist Cemetery. 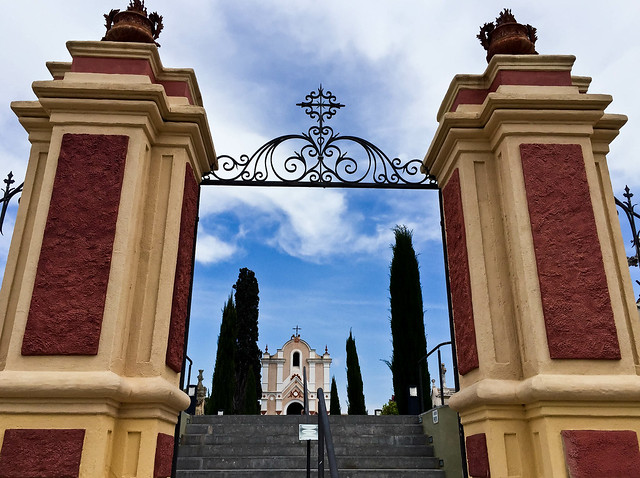 To understand why this cemetery exists here, you need to understand a little bit about 19th and 20th century history in Spain. Young men, primarily second sons who wouldn’t inherit property were sent abroad during the 19th century to seek their fortunes in the Carribbean. These men, called Indianos, returned home many years later with great wealth and a desire to re-integrate into their homelands. This meant huge houses, pretty young wives and elaborate tombstones.

The most popular style of the time was Catalan Modernism, best represented by Antonio Gaudi, whose elaborate and beautiful works can be found all over Barcelona (most notably of course, the Sagrada Familia).

Simply put: having a beautiful work of art for your tombstone was all the rage. Many wealthy families built their tombs and mausoleums while they were still alive. 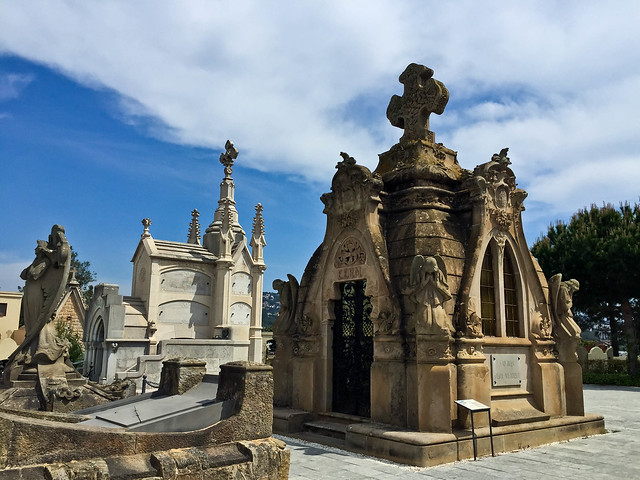 The result is truly stunning. Most of the greatest works of art line the main boulevard that leads from the entrance to a surprisingly simple chapel. It’s hard to know where to look first: the beautiful girl shrouded in roses, looking like the cover of a VC Andrews novel? The angel with massive wings curving down to the ground? Maybe the dragon? 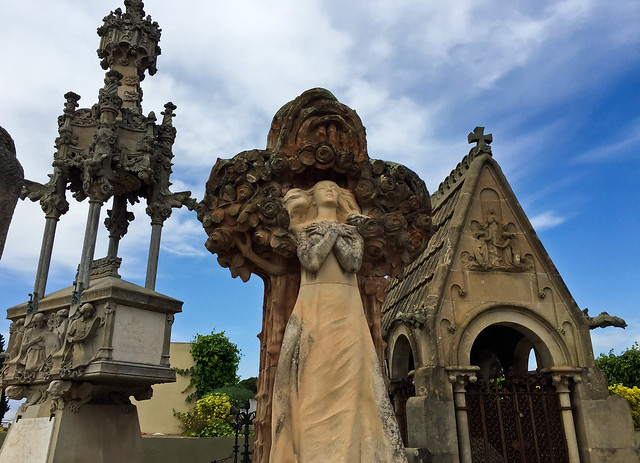 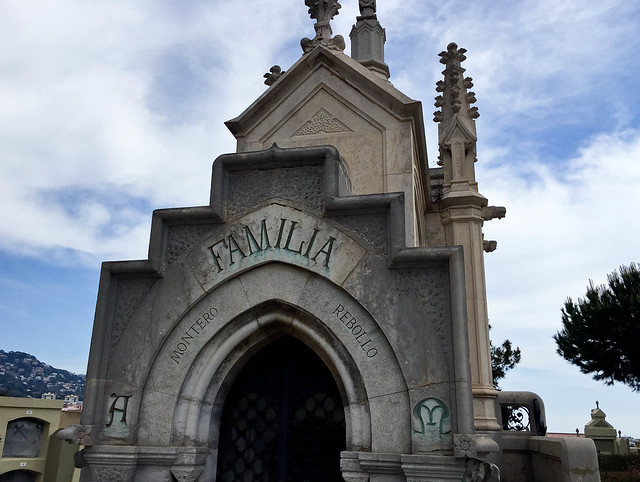 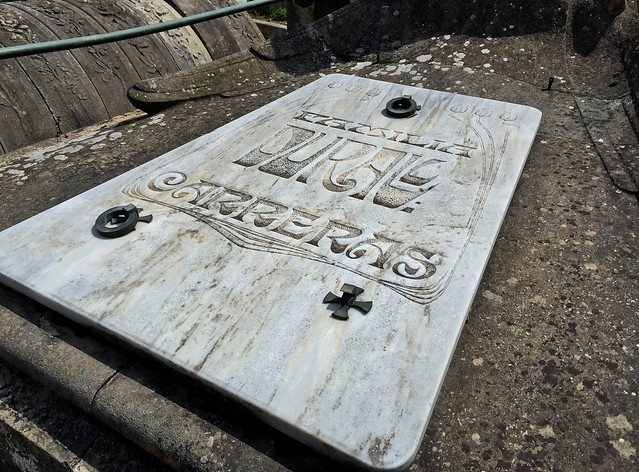 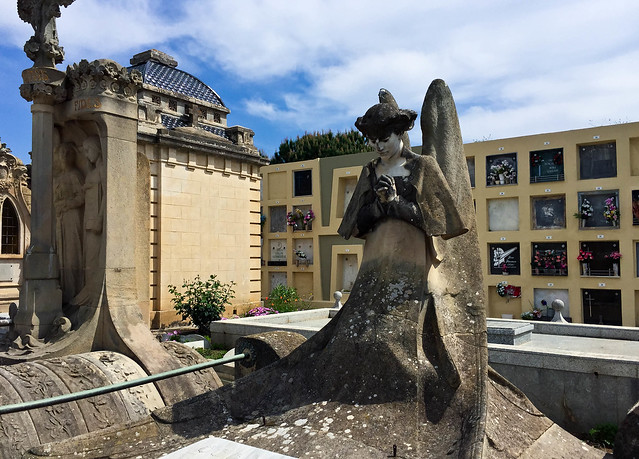 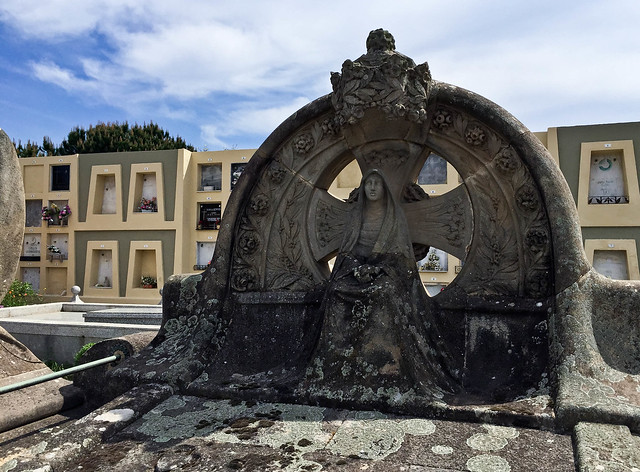 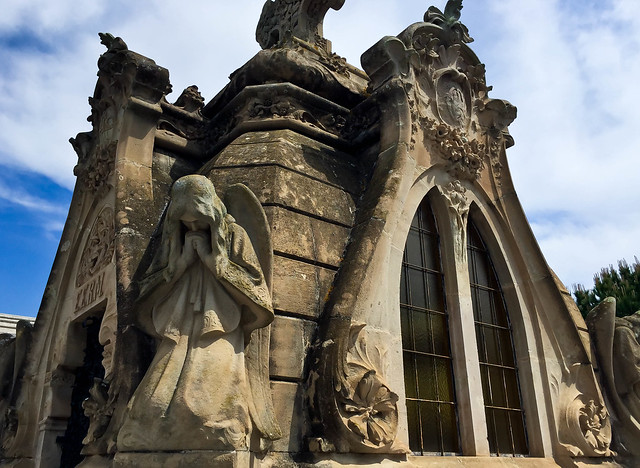 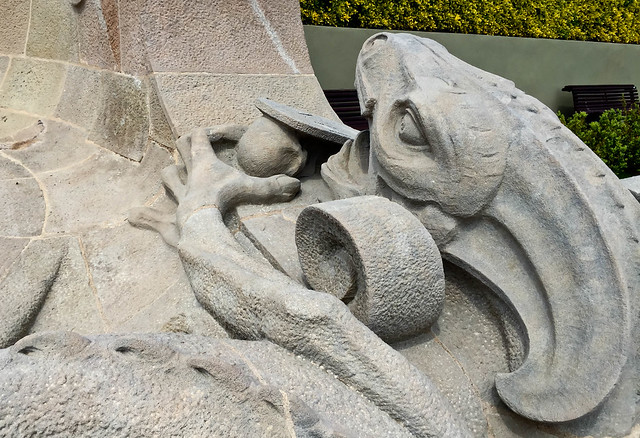 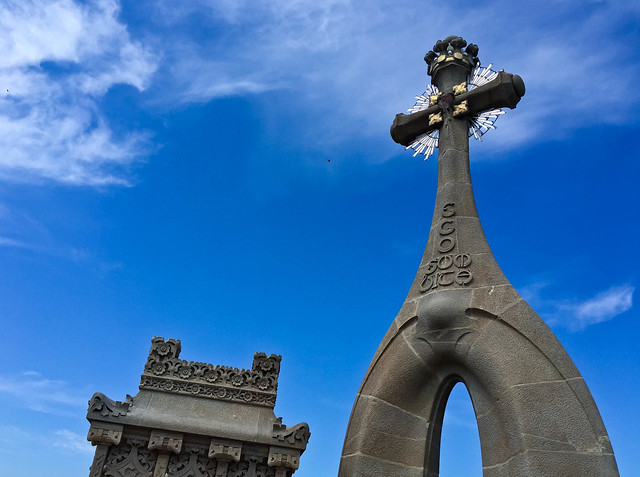 Along the perimeter of the cemetery are family tombs and a few more beautiful tombstones.

The cemetery is still a working cemetery and certain parts are decidedly more modern, and more modest. Owners pay a yearly upkeep fee and if they can’t keep up with the payments they are respectfully interred elsewhere and the spot becomes available to the highest bidder. 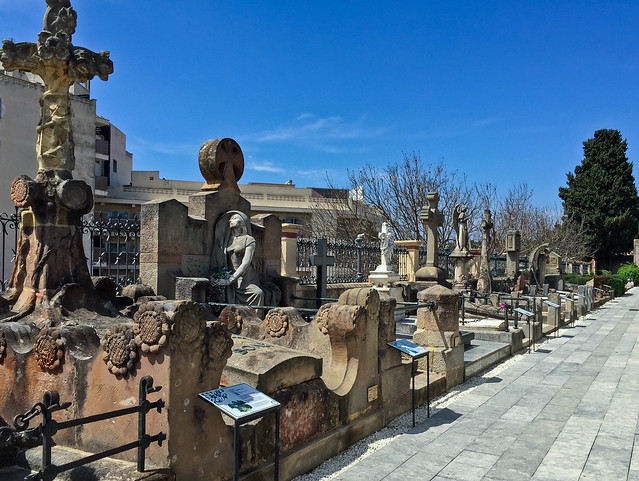 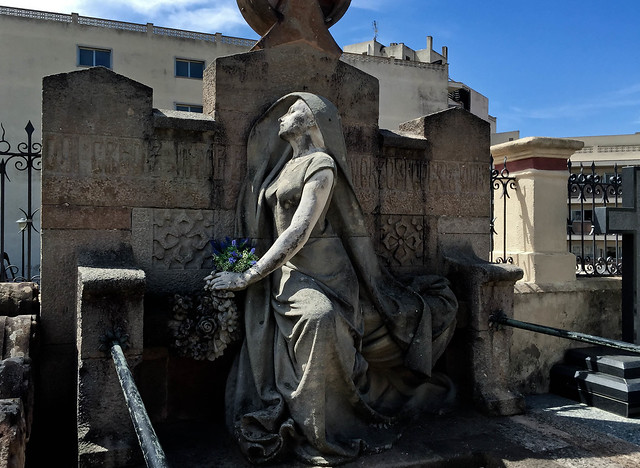 The Modernist Cemetery can be reached on foot from downtown Lloret. Entrance is free and there are plaques in front of the most prominent artworks explaining the design. It’s well worth a visit if you are in the area. And looking for something a little more substantial to do. 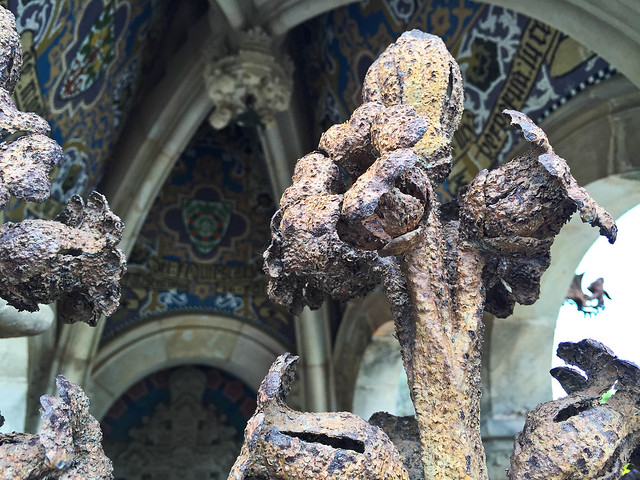