If you haven’t been paying attention: I really love to read.

I’m a total nerd of the English major variety. My room is overflowing with books that I can never seem to whittle down. I’m such a nerd I even named my cat after TS Eliot: 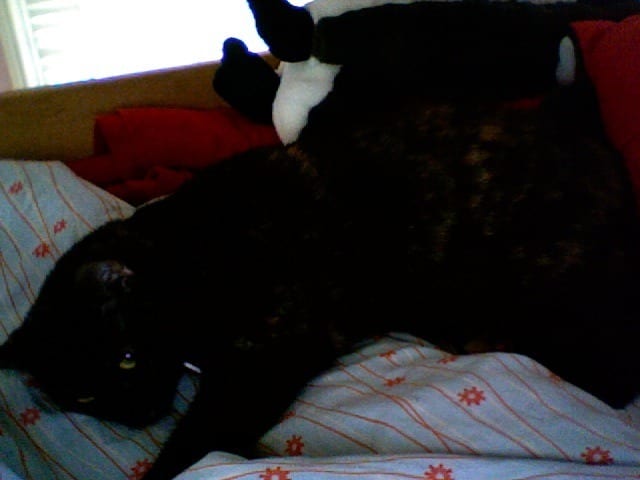 Awhile back I wrote a guest post for Sharing Experiences on Great Books to Read in Great Places. The idea stemmed from a project I’d started when I was living abroad in London; a sort of self directed crash course in London Literature.

I think that reading great literature, in the place that it was conceived gives an increased understanding, not just to the text, but also to your surroundings. There’s a special connection that comes from reading about Dickensian London down the block from where he first wrote Great Expectations.

Before I even left for London I started compiling a list of novels and poetry that I would use as tools to explore the city. Here were some of my favorites: Down and Out in Paris and London- George Orwell

A first person account of Orwell’s experiences bumming around Europe. It portrays bleak, depression era London, where Orwell learns to beg and speak in street slang.  Although he’s often hungry, Orwell assures us that it’s “notoriously impossible to starve in London, so there was nothing to be anxious about.” This was a particularly fun read while I was desperately trying to find a job BTW. War of the Worlds- HG Wells

Nobody does science fiction quite like this guy. Unlike the Tom Cruise movie version, the narrator of the novel wanders a half-destroyed South London while hungry aliens joyfully wreak havoc. Wells used to describe to friends how he joyfully rode around town, picturing the carnage he would later write about. This grown-up fairytale by genius dude Neil Gaiman which describes an imaginary, mirror-world to modern London. For example Gaiman imagines an actual royal court in Earls Court Tube station, Knightsbridge is home to a terrifying Night Bridge and Oxford Circus… well you get the idea. I liked this book because no matter how well I think I know London, there are more secrets hiding there than any lifetime could reveal. This experimental novel might not even really be considered a book at all. It’s a kind of an electronic choose your own adventure story in bite size chunks. Written in 1996, you might even call it one of the first e-books. It’s also a love letter to the London tube, the world’s oldest and (in my opinion) best public transportation system. Not a novel, but an epic poem, The Wasteland has never failed to move me. In it Eliot describes the feelings of hopelessness and depression, which pervaded London after the horrors of World War One. Bleak yes, but such a stunning picture of one city during one specific moment in time. It’s not an easy poem to get into, but I’ve read it over and over at different points in my life and I always find something interesting hiding in the text.

These are just a few of the London-set books I read on the tube on my way to work. Also worth a look: Bleeding London by Geoff Nicholson, London Fields by Martin Amis, Great Expectations by Charles Dickens, The London Scene by Virginia Woolf- I could really go on and on

Books are great tools for exploring and understanding a city. For me, literature gave me a much better understanding of the city I was living in and really enriched my time abroad. Now when I travel I always try to seek out fictional works about my destination.

What is your favorite destination literature?

17 thoughts on “The London Book Project”