Last week I said goodbye to Sayulita, wrapping up 7 months in Mexico. I’ve said all I have to say on the subject for right now and it’s on to new adventures, but not before we wrap up our enormous Mexican honeymoon:

Days that it Didn’t Rain: I estimate it probably rained a grand total of maybe 14 times during our entire stay. From the first week of January until the day we left it didn’t rain once. Amazing right?

Favorite Place: Sayulita, of course. We didn’t travel much once we got settled, and part of that was because of how comfortable we felt there.

Least Favorite Place: Might have been the heat, or the gritty-city feel, but Guadalajara didn’t do much for me. The Pinterest-famous Playa del Amor was also a disappointment.

Favorite Food: So many things! Tacos of course, in all their variety, but I also developed a penchant for chilaquiles (fried tortillas in tomato sauce) that I will have to learn to re-create. Pozole, sopes and tortas ahogadas are all a close second.

Most Memorable Moments: Releasing baby turtles on the beach at sunset, celebrating the Day of the Dead with the locals and eating my way through Puerto Vallarta’s food scene.

Biggest Annoyance: Mexico is SO LOUD. Sometimes I loved it, like when the crazy trucks would go by broadcasting their wares. Sometimes I hated it, mostly when I was trying to sleep and someone was blasting mariachi music late into the night.

Scariest Wildlife Encounter: In April our bathroom was invaded by an enormous wolf spider- I mean, huge. Mike and I were both too chicken to kill him so we named him Wolfie and tried to co-exist. Eventually (like two weeks later) he crawled out the window on his own.

Coolest Souvenir: Before we departed I loaded up on beaded bracelets, cute t-shirts and Mexican vanilla.

Biggest Regret: Not making it to Mexico City, Puebla or Oaxaca. It wasn’t really in the budget this time around but it’s a great reason to return!

Biggest Misconception: Obviously that Mexico is a dangerous war-zone. While some parts I definitely wouldn’t visit, we never felt safer than in our little town by the beach.

Best Advice: When it comes to food, be willing to push past your comfort zone. Sure you could come to Mexico and stick to restaurant-made quesadillas and enchiladas, but what is the fun in that? The street stands are where all the real Mexico action is.

Also, if you’re planning to rent an apartment in Sayulita like we did, get there well before the start of high season. 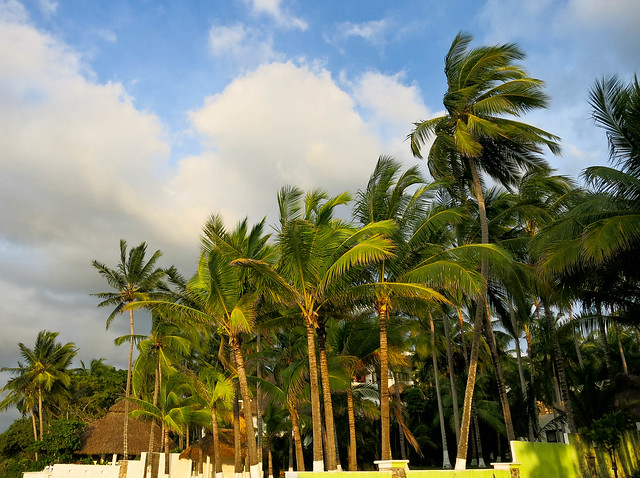 Would I Go Back? In a heartbeat! There is so much more of Mexico I need to see. Plus, I know we’ll be back in Sayulita someday in the future, although the place is changing so rapidly we may not recognize it anymore.

The Horror of Apartment Hunting in Sayulita

Inside Our New Sayulita Apartment

What I’m Doing in Mexico

Sugar and Skulls: Mexico’s Day of the Dead

Celebrating the Mexican Revolution with some Serious Cuteness

The Surprising World of Mexican Food

Confessions of a City Girl in a Small Town

The Fruits and Vegetables of Mexico

Let’s Talk About Safety in Mexico

Playa del Amore Doesn’t Live Up to the Hype

Life in Mexico Goes On

Things I Don’t Understand About This Insane Mexican Carnival

A Beginner Guide to Mexican Tacos

The Crazy and Wonderful Trucks of Sayulita

The End of An Era: Goodbye Sayulita

19 thoughts on “Mexico: The Best and Worst”