One year ago today I turned 25.

I’m not one of those people who gets cranky about getting older, but I was still not so thrilled to be turning 25. 24 had been kind of a dull year, one of working a dull job, living at home, being hung up on old boyfriends and feeling generally quite adrift.

I was restless, impatient, I felt like I was wasting time. But I was also hopeful. With the prospect of this trip already clear in my mind, I knew that 25 would be the year I re-worked my life into one I actually wanted.

11 months ago I helped David Lee over at Go Backpacking organize the very first DC Travel Tweet Up. It was my first attempt at meeting other travel bloggers and it opened up a whole new world of like-minded people. Since then I’ve loved meeting other bloggers, be it at Twitaoke, TBEX or around the world. 9 months ago I celebrated the 6 month anniversary of this blog. That’s probably the longest I’ve ever stuck with any of the inane projects my brain thinks up. I love having both a way to connect with people and an outlet to share and organize my thoughts. It’s changed my life more than any one single thing I’ve ever done. And I’m still in awe of the fact that anybody cares enough to read about it. We’re now on month 15 or something and obviously still going strong.

5 months ago I bought a one way plane ticket to Tokyo, turning this trip from an exciting theoretical into a startlingly real challenge. It was a frightening and exhilirating commitment to know that all of the saving and planning I was doing would ultimatly pay off.

4 months ago I met a really awesome guy at a blogger happy hour, sparking a summer love affair that now promises to take me all sorts of places, starting with China.

2 months ago I quit my job. I’d never intended to be there that long, but there was a comfort and security in the daily monotony. And the people were so nice, and so very happy for me when I told them I was leaving for more exciting pastures. Still, I haven’t missed my little cubicle for one single second- it’s almost startling how well I’ve taken to unemployment (or re-employment as I like to think of it: this website is my job now, for as long as I can make it work). 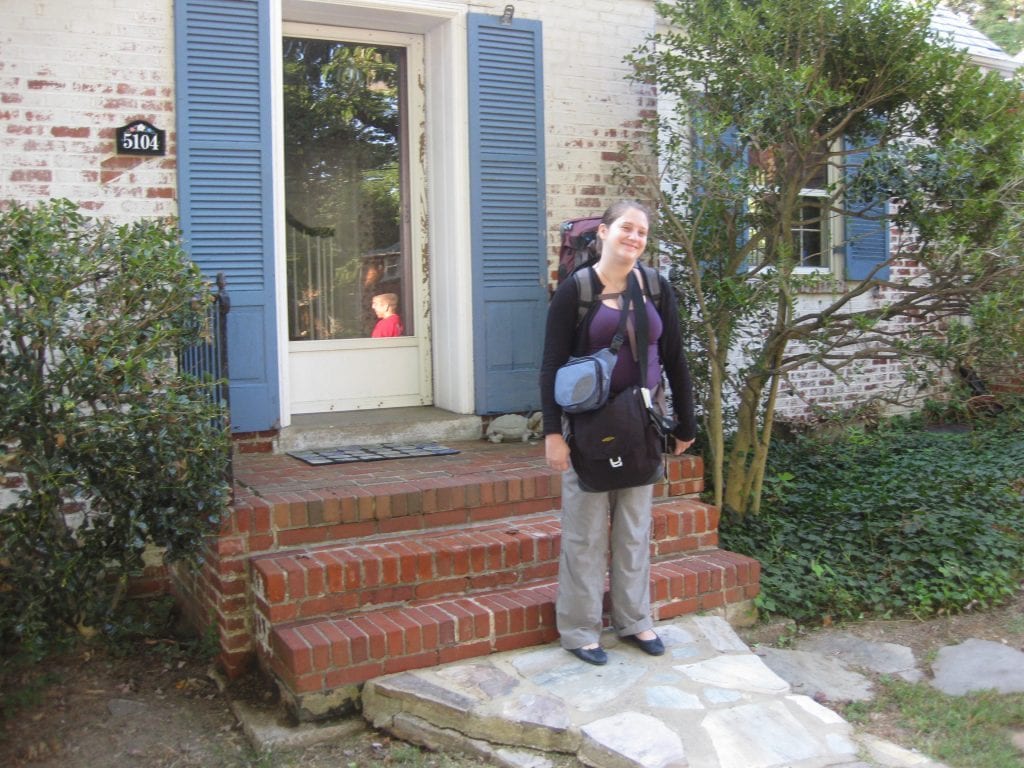 1 month ago last week, I embarked on this epic, open-ended backpacking trip. It was scary, and stressful but so very exciting, and so far I have been loving it.

I’ve learned to many lessons over the past few weeks: about being true to my travel style, about taking chances, and about the importance of carrying your own tissues. It hasn’t all been easy or fun, but so far even the worst days have been far awesomer than working my old 9-5.

Today is my 26th birthday. That number once seemed so big and imaginary, now it seems perfectly reasonable. I’m now in my late-mid twenties and I think I’m okay with it. I am in China, with a guy I love, working on the blog I love, basically just living the life I wanted. Next week I am flying to Australia, which I am so excited about! So I will say yes, I did pretty well with year 25. I’m not telling you all this to brag about what an awesome motivated person I am, because for the most part I am pretty damn lazy. But I wanted to show what a difference a year makes, when you are willing to take the risks and do the work to get to where you really see yourself.

I’m so excited to see what the next year has in store for me, as I continue down this road to becoming the person I want to be- now in more exciting locations. Im coming for you 27!