Have you heard of it? Maybe not, if you’re not an archeology nerd like me. But they are a mysterious rock formation on the level of Stone Henge in their epic mysteriousness. 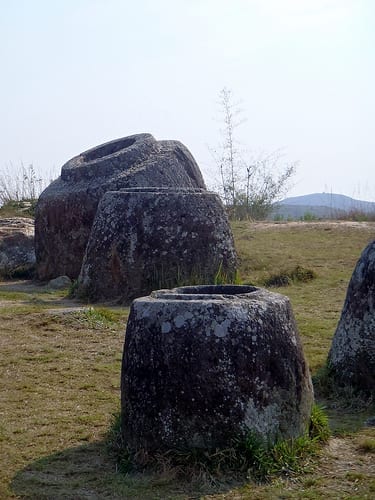 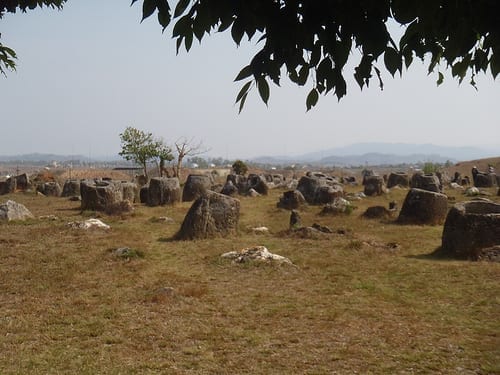 Strewn across central Laos, near the town of Phonsavan, are hundreds of enormous stone containers. Big ones, small ones, fat ones and skinny ones, just strewn haphazardly across the landscape. They have no markings on them (save one), and no lids, but are thought to date back to the Iron Age – meaning they are roughly 2000 years old! And there’s barely any evidence to explain who put them here, or why.

And then there’s this: 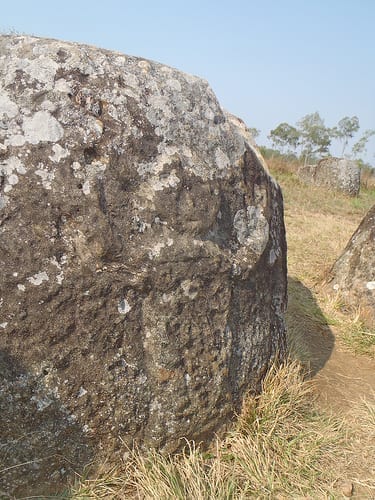 The frogman, as my guide called him. The only engraving found on any of the jars- it shows a man with his knees and elbows bent. Why this jar and no other one? Nobody knows.

There are two main theories on how the plain of jars came to be. I’m somewhat partial to the first story, which is based on local legend. The story goes that a race of giants used to inhabit central Laos. After winning a long and important battle, the King of the Giants ordered the jars created in order to brew vast amounts of Lao Lao (the local rice wine- extremely potent stuff). Basically, the whole area was an ENORMOUS keg party.

The UNESCO version isn’t as colorful but is probably more accurate. Archeological findings suggest that the area was a graveyard, and the jars were actually urns, holding the cremated remains of the dead. Human remains, bracelets and charcoal found in and around the jars seem to back this up. There are also plaques scattered around the plain of jars that somewhat resemble tombstones. 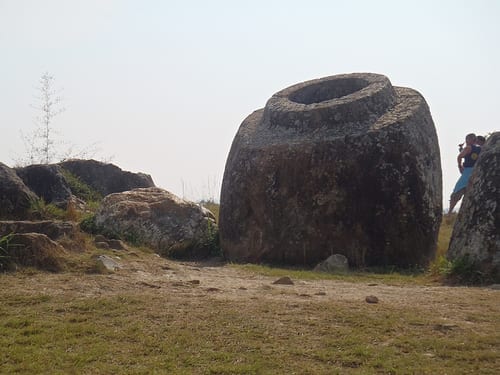 One thing they do know, the jars are made of sandstone, granite, and limestone, and would have been created using nothing but a chisel. Can you imagine how long it would take to chisel a solid stone jar the size of a refrigerator? The stones were mined many miles away, carved to perfection and then dragged to their current location, probably using elephants. Many miles away locals have found carving sites, where not quite perfect jars were totally abandoned unused. 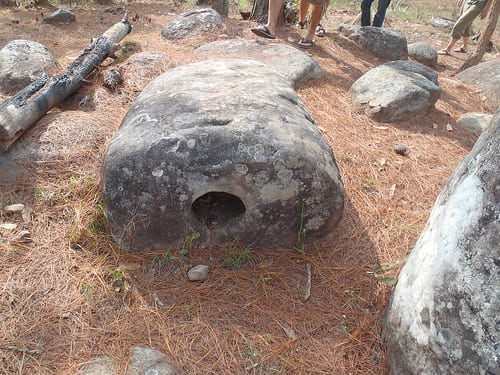 Part of what makes the jars so special is that there’s barely anyone there. Phonsavan hasn’t quite made it onto the map as a major tourist destination. It’s an 8 hour tortuously winding bus ride from Luang Prabang, and close to literally nothing else. On the day I visited there were maybe two dozen tourists in an area the size of a football field.

The Plain of Jars is aspiring for UNESCO World Heritage status, and would probably have it already if it weren’t for the bombs. There is a TON of unexploded ordnance (UXO) still lying around, even at the most popular Site 1. Although main pathways and the areas directly around the jars have been made safe, there are huge red markers everywhere, begging you to keep to the path. Bomb craters dot the jars site, making me wonder what the place looked like BEFORE it was dragged to hell and back. 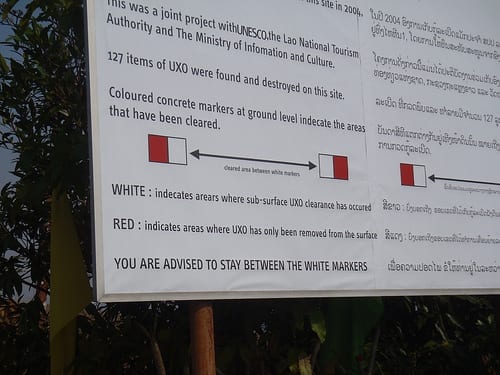 But you know, they’re still here. 2000 years of weather and local pillaging, a literal assault from the sky and the jars are still standing tall. I think that makes them even more astounding. 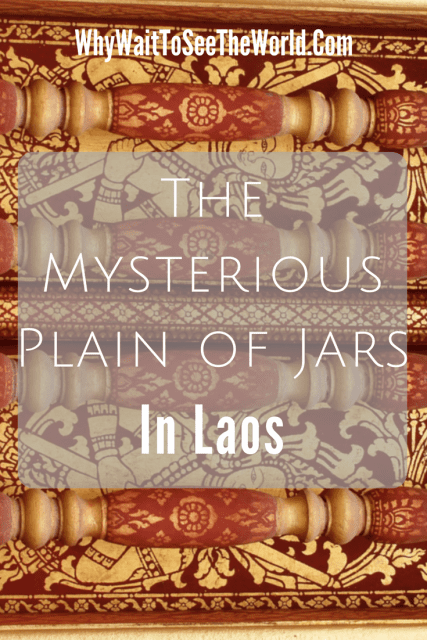 23 thoughts on “The Mysterious Plain of Jars”